Christo hunting in the park

Christo the hawk has been up to his usual habit of hunting in Tompkins Square just before evening.  His method is often to perch atop the flag pole where he has a good view in several directions. 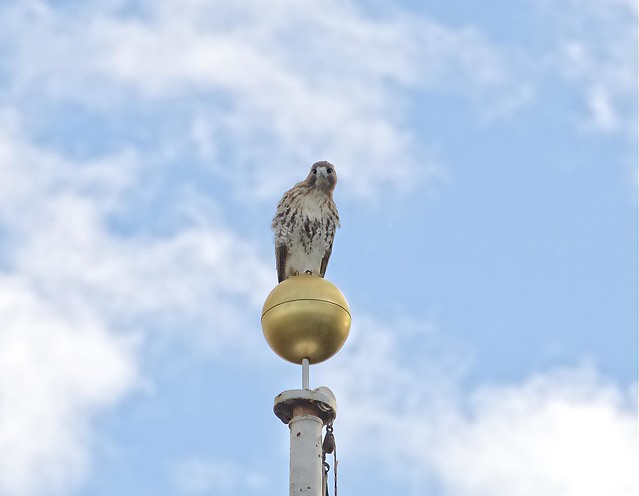 From there, he dives off to pounce on prey behind the park offices. 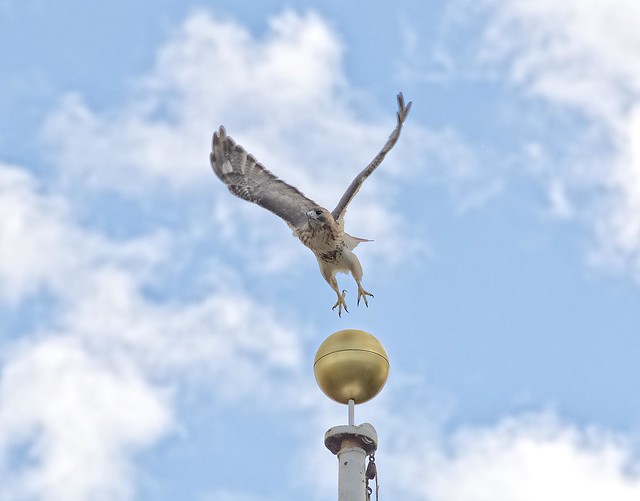 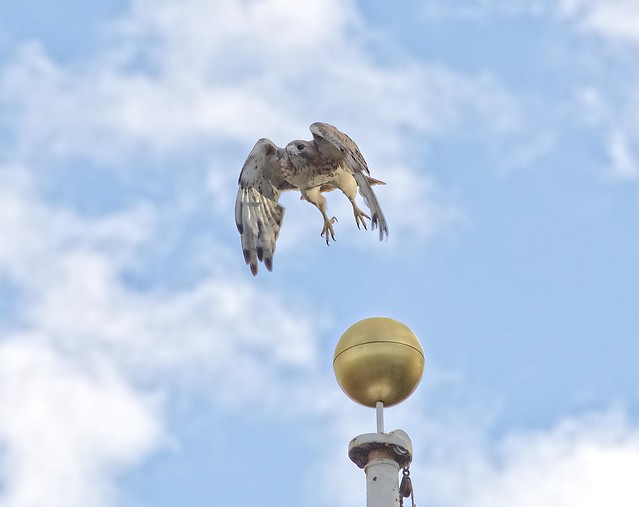 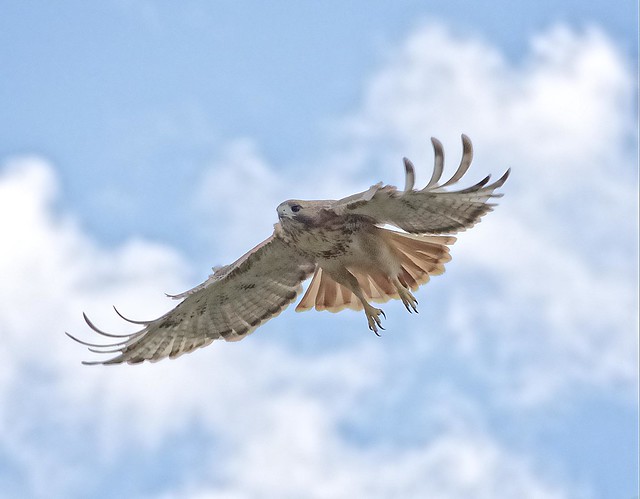 On Sunday, after unsuccessfully trying to catch rats in the back area, he opted for another favorite hunting ground next to the men's restroom. 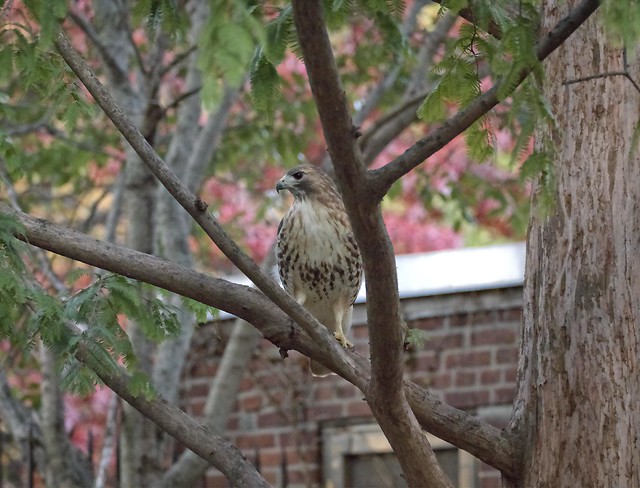 This area was recently blanketed with wire in an attempt to keep the rats from emerging from their burrows.  I wondered if this would affect Christo's ability to find food here, but I did see several rats running around despite the wire. 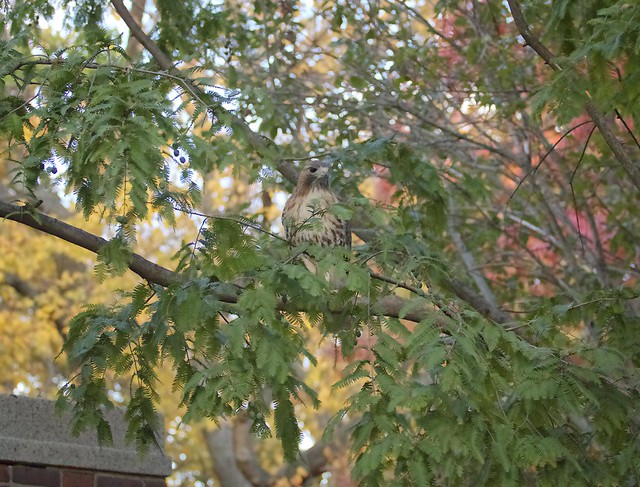 As Christo looked for the perfect rat entree, dinner was being served to the needy just a few feet away.  He was totally unfazed by the crowd of people. 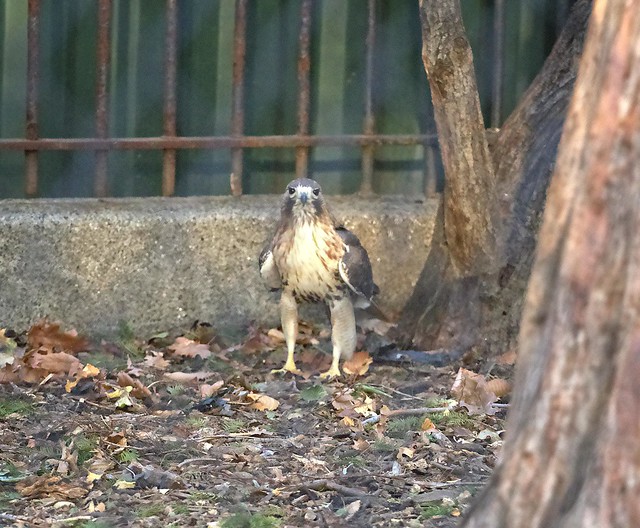 Christo must not have liked the rats he saw, as he resorted to a different vantage point atop the cell phone tower above the park offices. 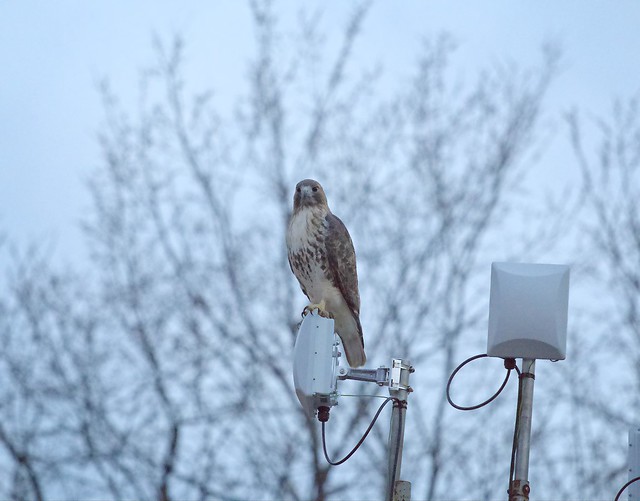 Then he flew around the back picnic area some more. 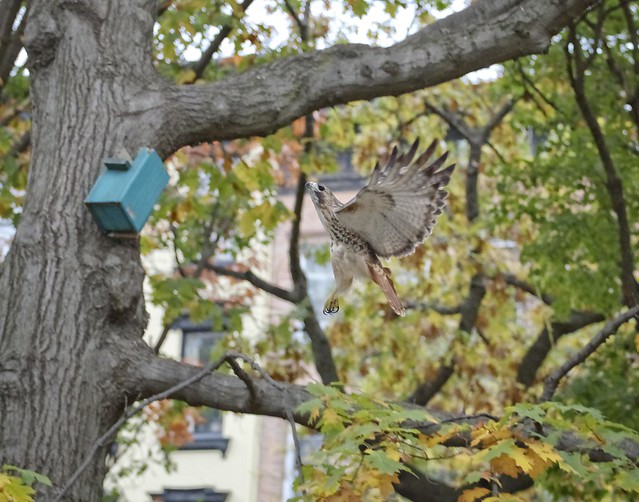 Eventually, it became to dark for my camera, but he kept hunting after sunset.  I've previously seen him successfully hunt in the dark. 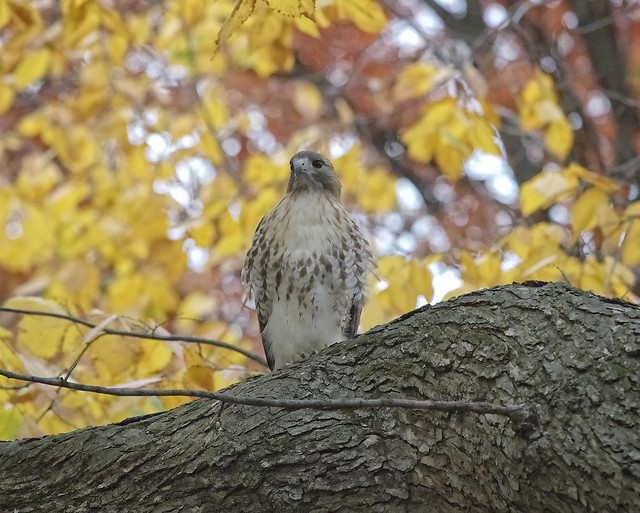 You might be wondering why I have so many photos of Christo, but not Dora.  She has a talent for avoiding my camera!  I did see a lot of her this weekend, but she's either too quick for me or she perches in places where I can't really see her.

Here she is earlier in the day with Christo (she's up top) in a tree along Avenue B.  They shared some lunch before he took off for his afternoon park patrol. 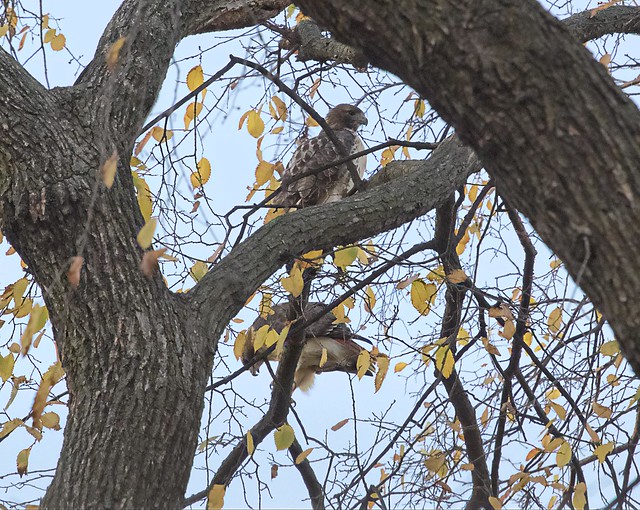 I hope to catch more of her as hawk season gets into full swing.