Christo in the freezing wind

Saturday's weather was brutally cold.  Despite wearing three pairs of pants, two sweaters, two pairs of socks, insulated boots, a down coat, scarf, hat and two pairs of gloves, I had a hard time enduring the sub-zero wind.  But I had to get out there and make sure our hawks were ok.

The afternoon started with some activity on a fire escape at Avenue A and 7th Street. Christo was all fluffed up to deal with the freezing cold. 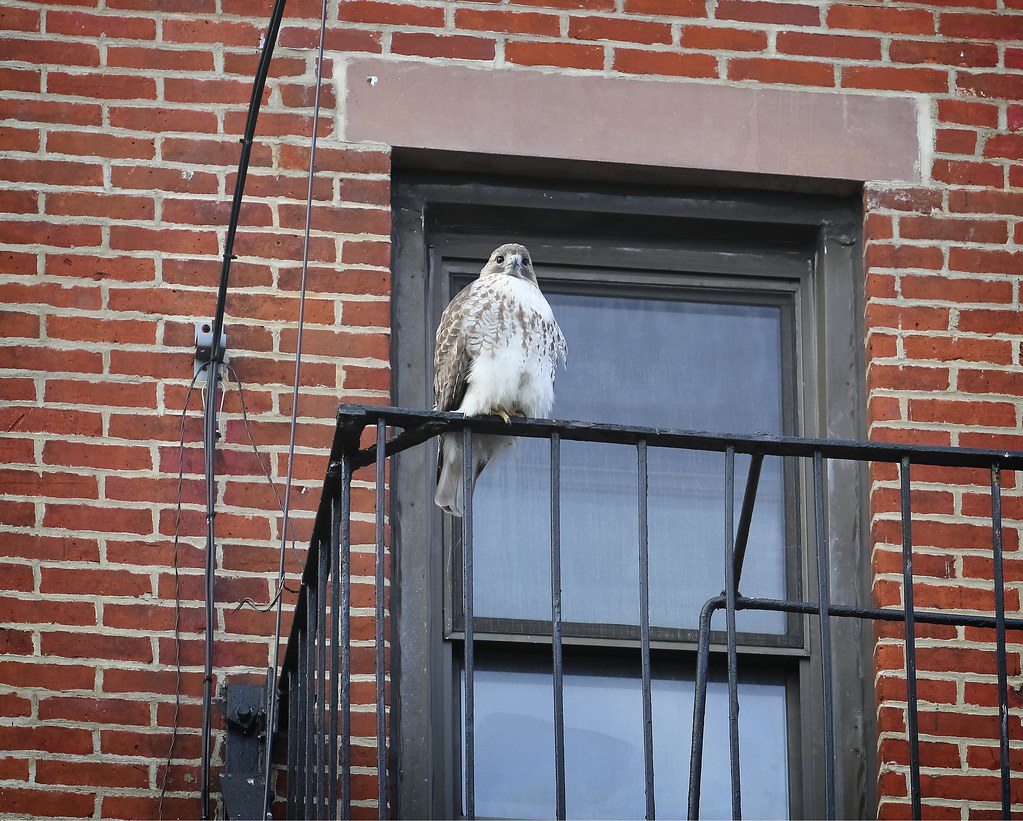 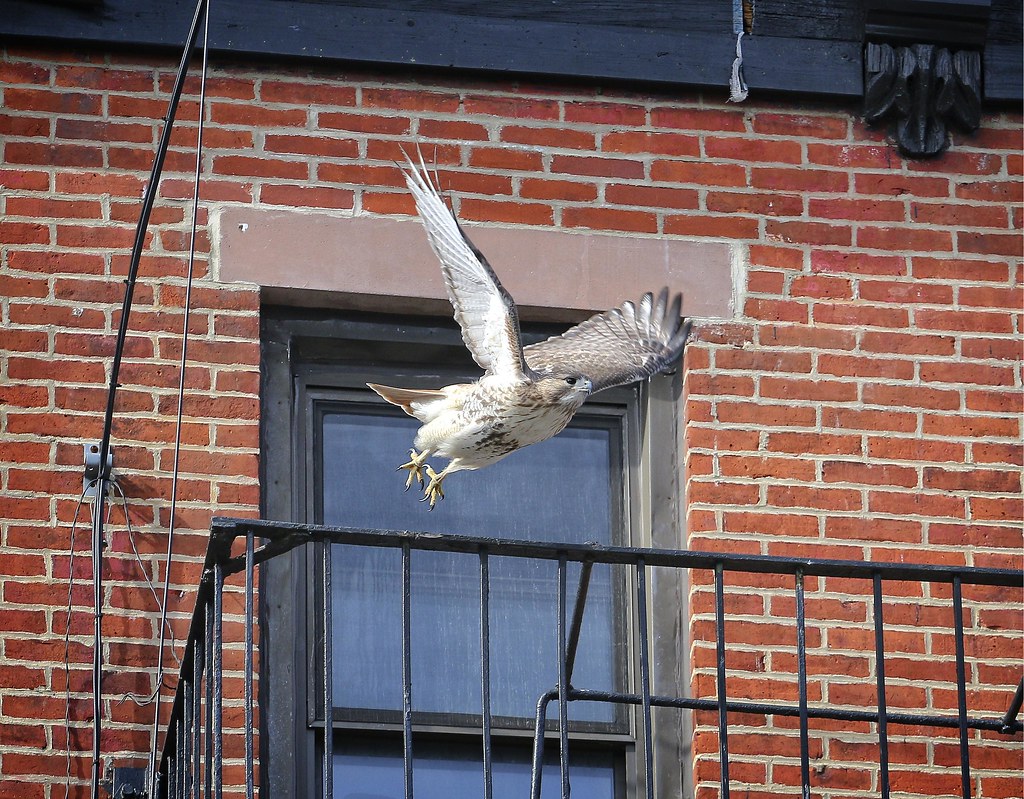 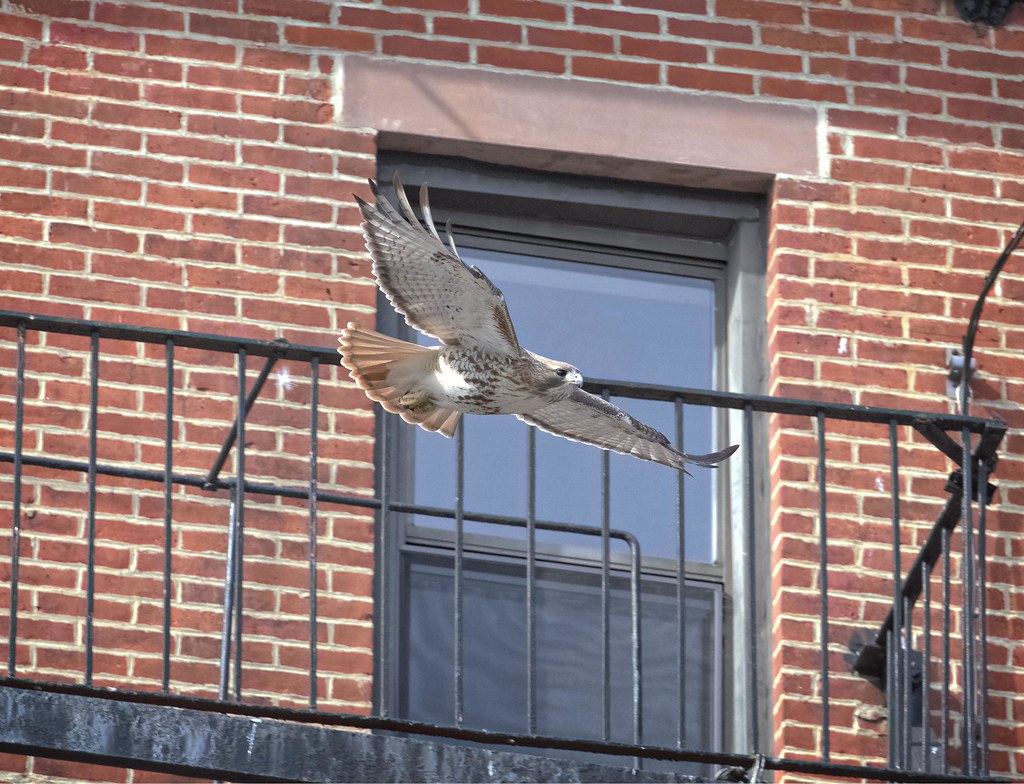 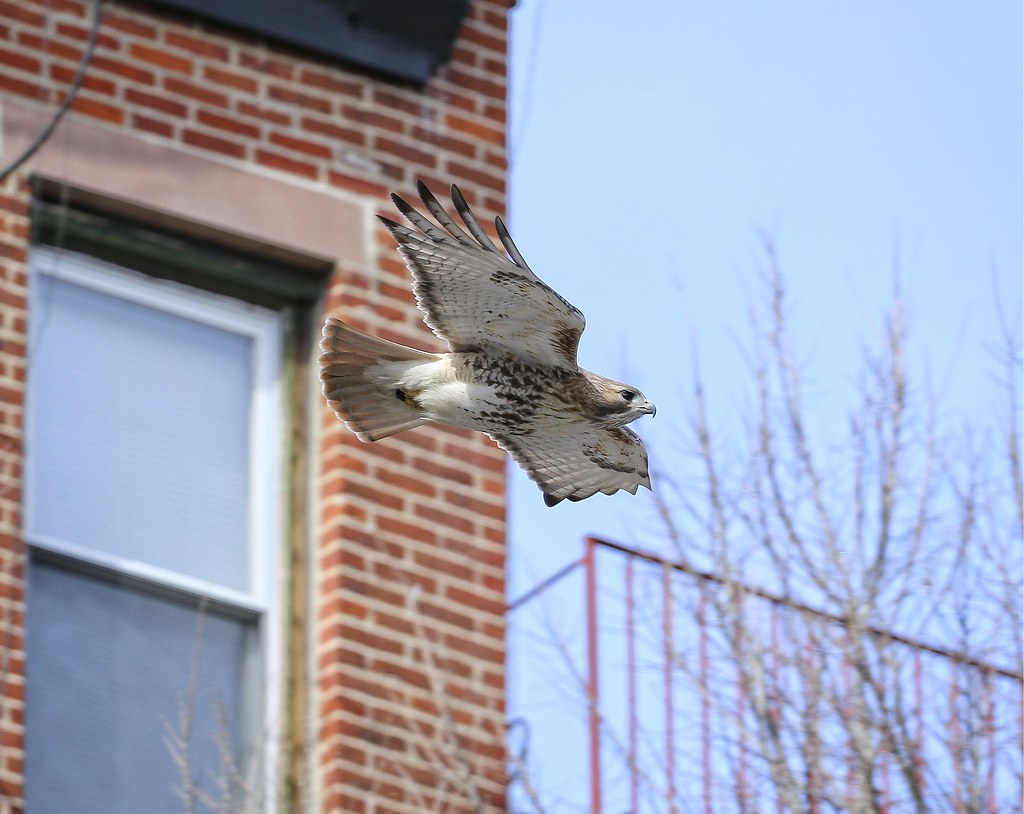 As the wind picked up, Christo settled in the park.  As the frigid cold tore through his feathers, all I could say was gaaaaahh....! 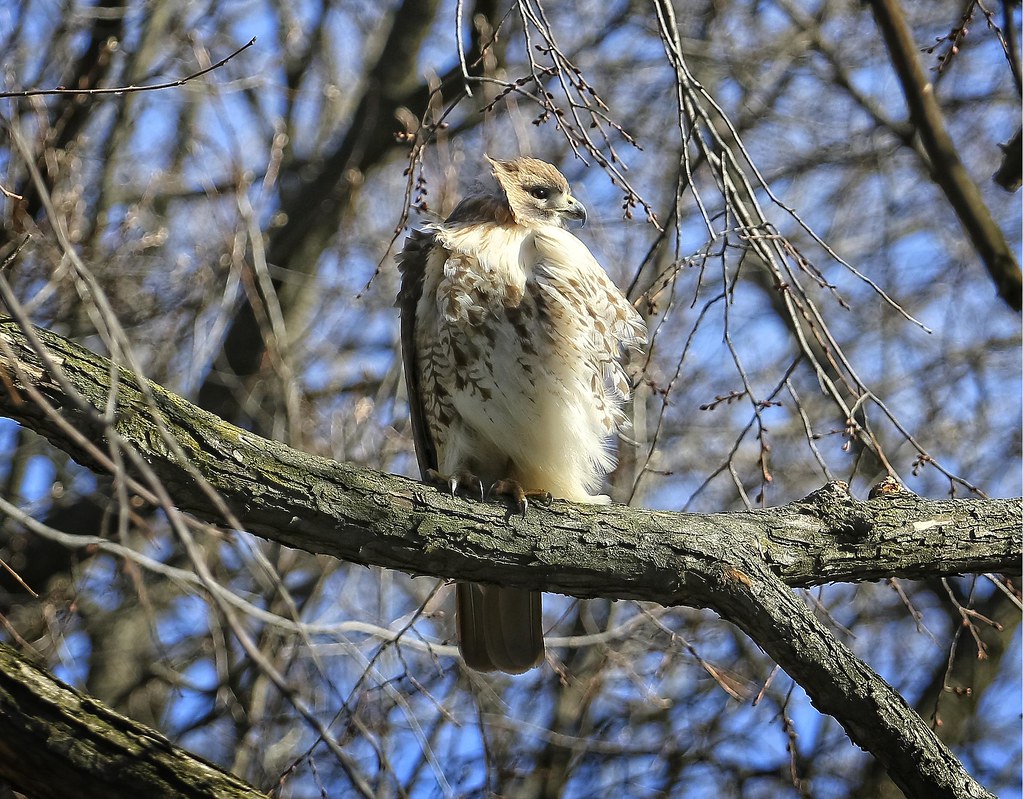 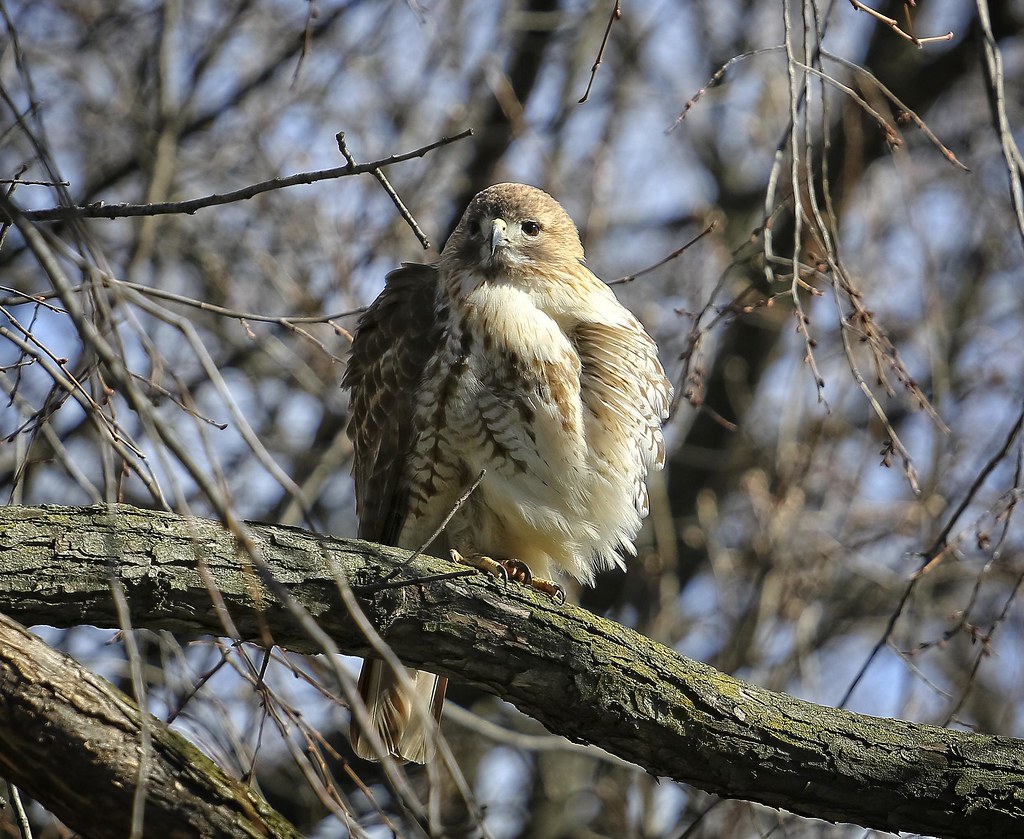 He could only tuck up one foot at a time. 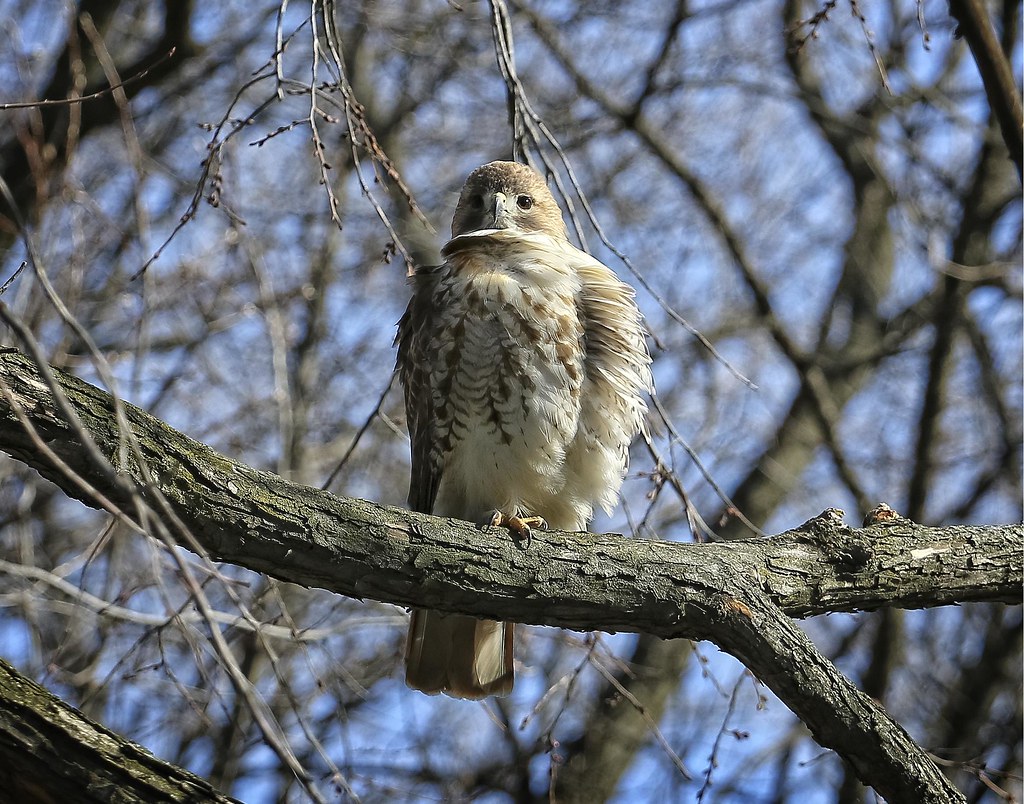 I swear he wore a pained expression. 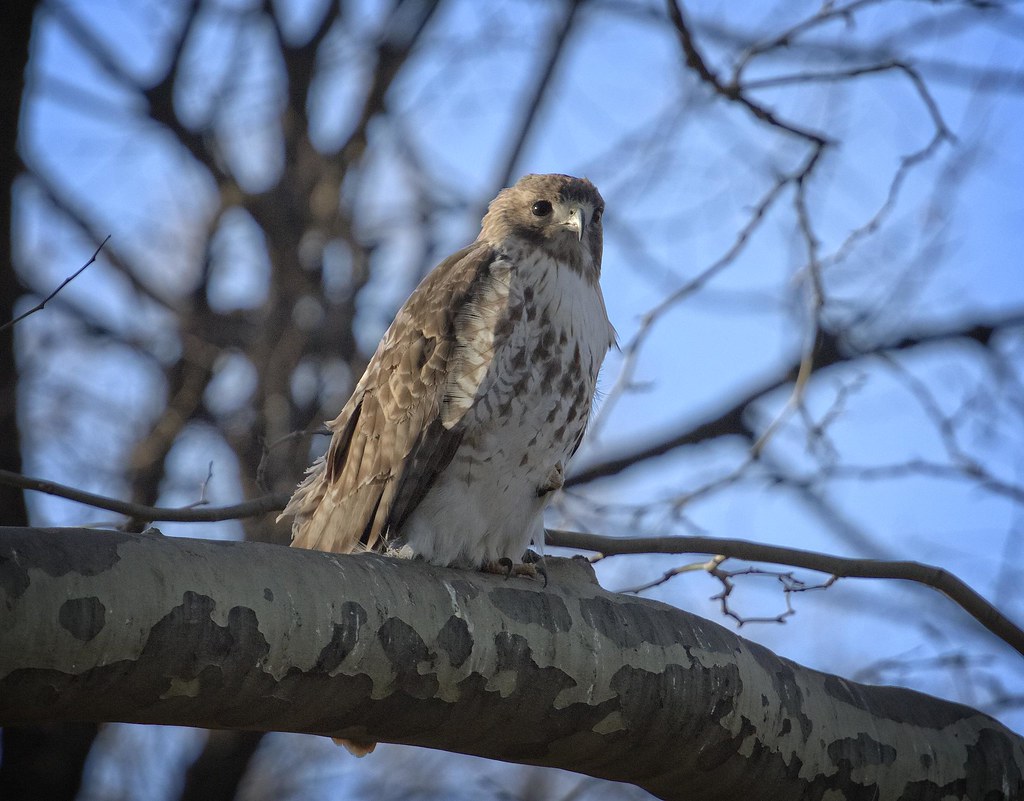 There really wasn't much to do on this day except hunker down and try to stay warm.  Rats ran around on the ground, but Christo didn't seem to have the desire to go after them. 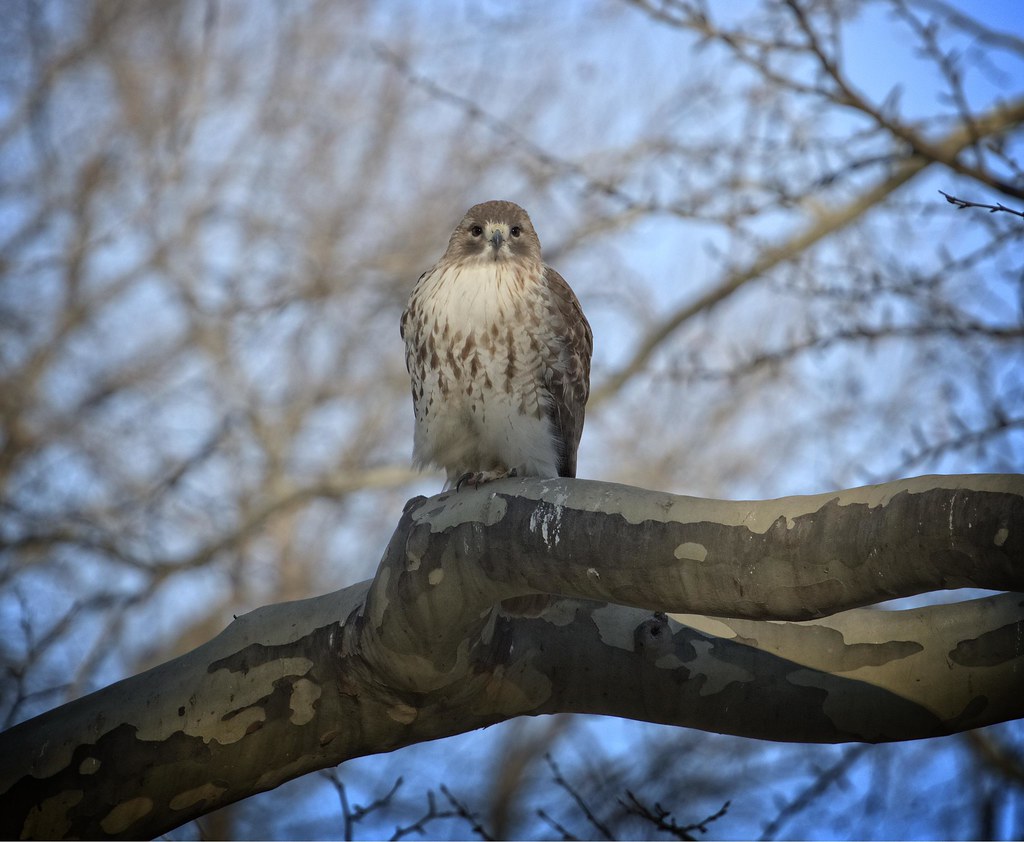 Dora appeared later in the day.  She will follow in another post...
Posted by Goggla at 9:05 PM