Tompkins hawk fledglings learning to eat on their own

It's been just over a week since the Tompkins Square Park red-tailed hawk chicks fledged the nest and they have already progressed with their development at an astounding rate. All three are flying well and are making attempts to catch prey, although as of today, not one has been successful yet - but they're getting close! 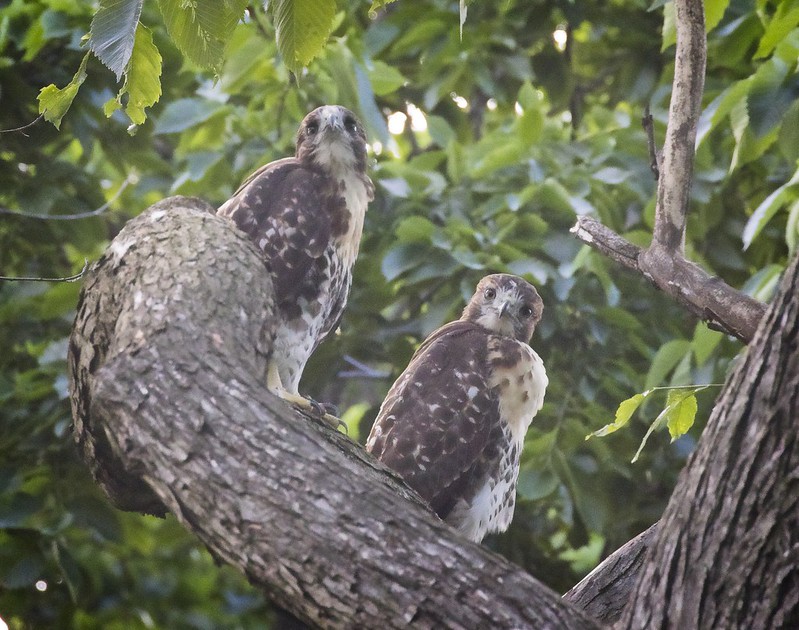 For the first few days out of the nest, parents Christo and Amelia, continued to feed the fledglings. One night last week, I watched as Christo brought a dinner rat to a branch where one of the fledglings was waiting (below). Mom Amelia then flew in to prepare the meal for the kid. 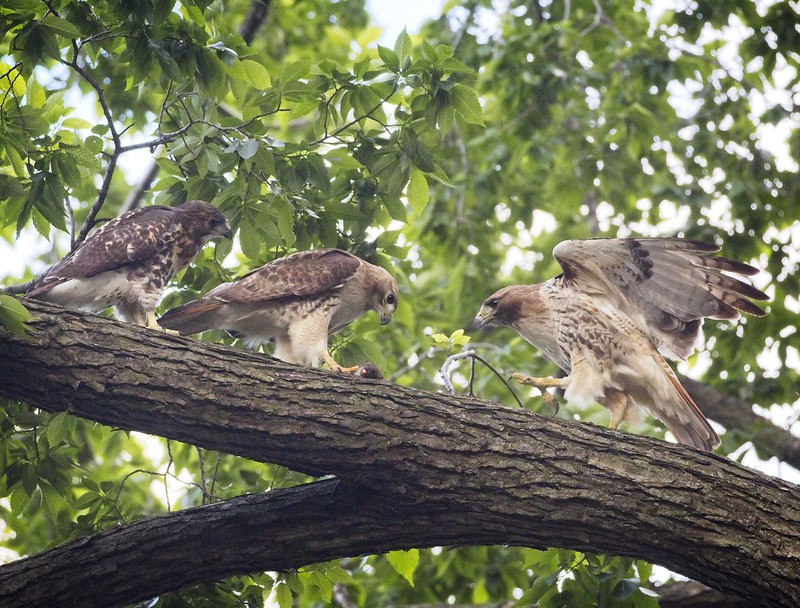 Below, Amelia takes the rat from Christo as the fledgling looks on. 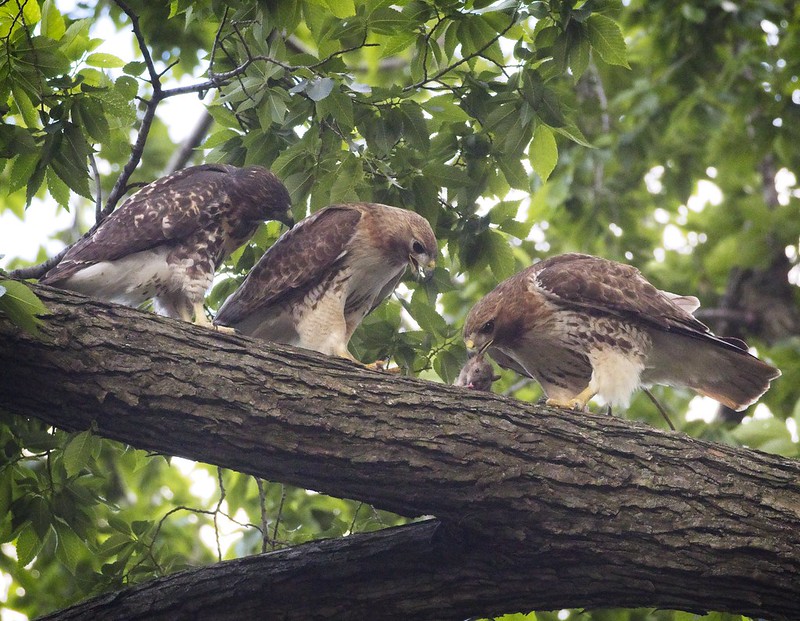 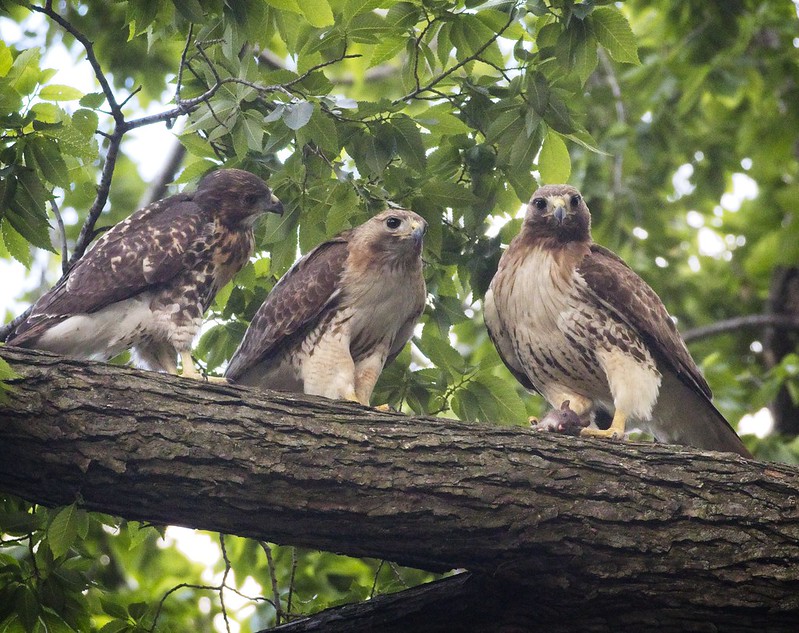 On Monday morning (June 8), I found two of the fledglings in a tree and one of them had some food that was apparently dropped off by a parent. The other fledgling was hungry, crying for food while Christo hunted around the park. However, dad was apparently taking too long to find breakfast, so the fledgling turned its attention to its sibling's meal. 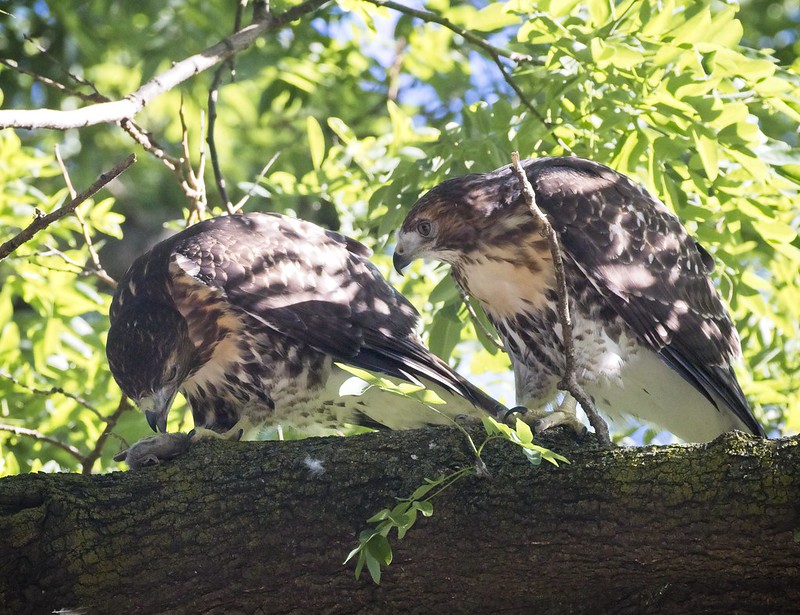 Fledgling #2 then made a move to grab the food away from Fledgling #1. 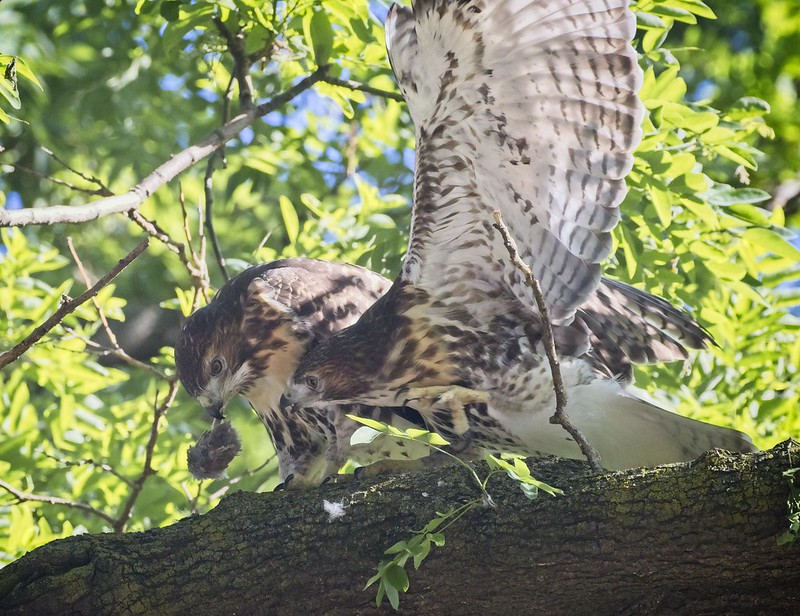 Fledgling #2 successfully snatched the food out of Fledgling #1's mouth! 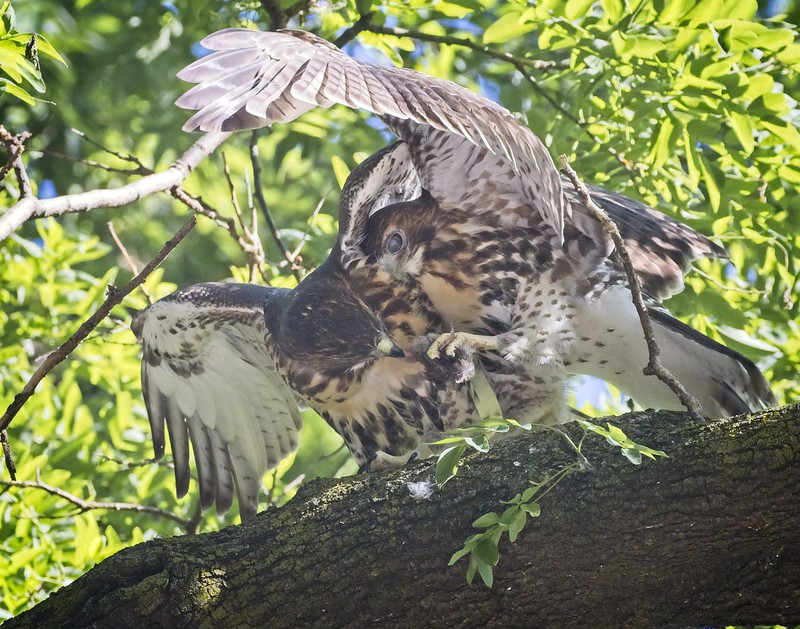 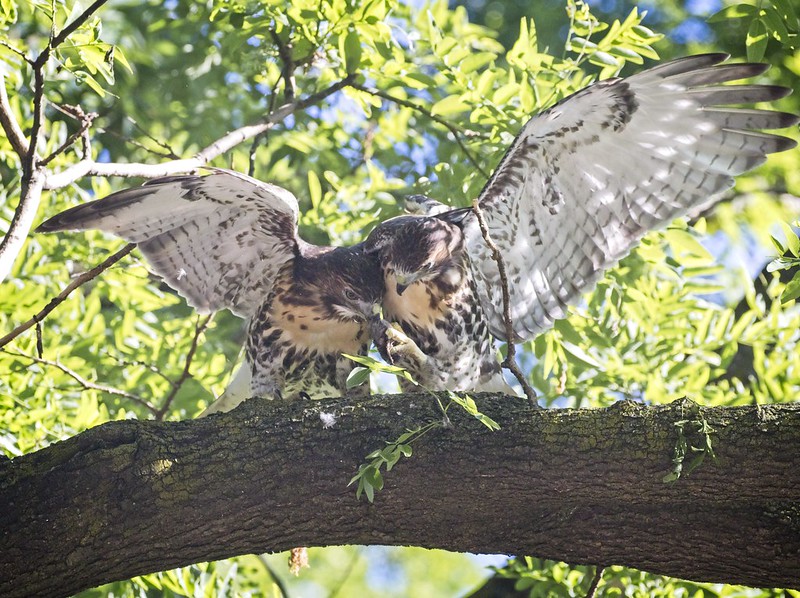 For a moment, it looked like they were equally matched. 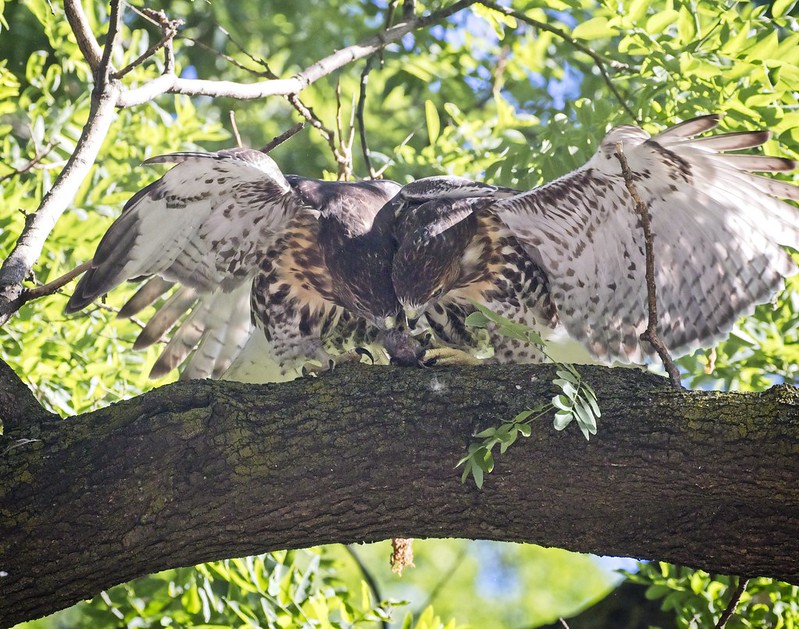 Fledgling #1 came away with the food in its talon. 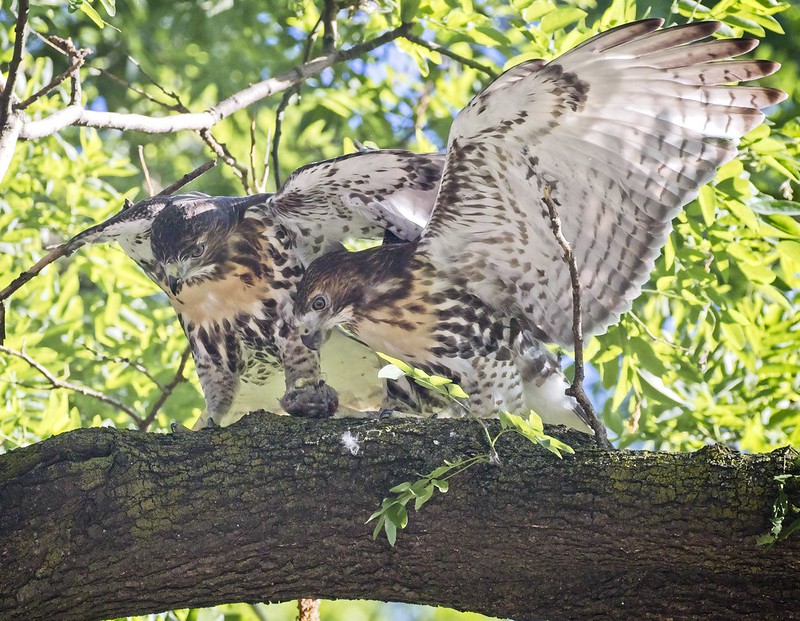 But wait! Fledgling #2 made another move to grab it. 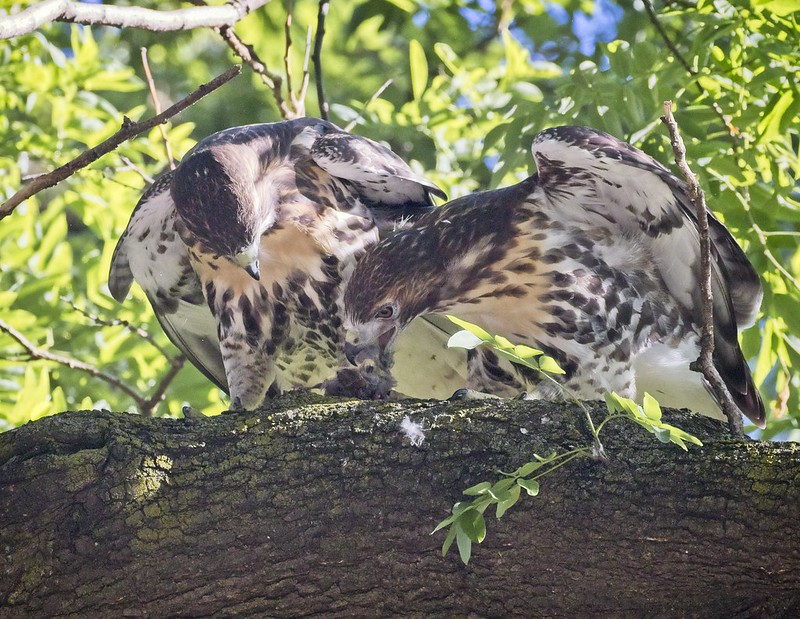 Fledgling #2 latched on to the food with its beak, getting a mouthful of talon with it. 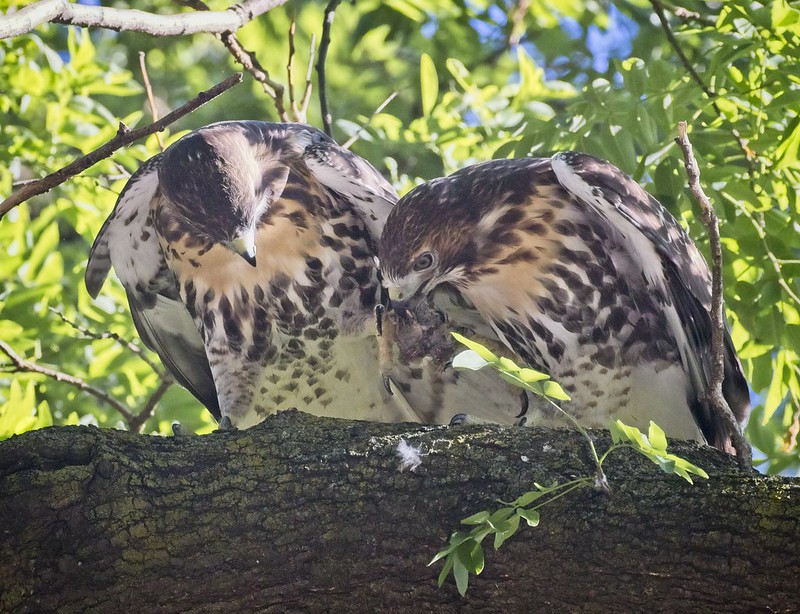 As Fledgling #2 clamped down on Fledgling #1's talon, the food fell from the branch. 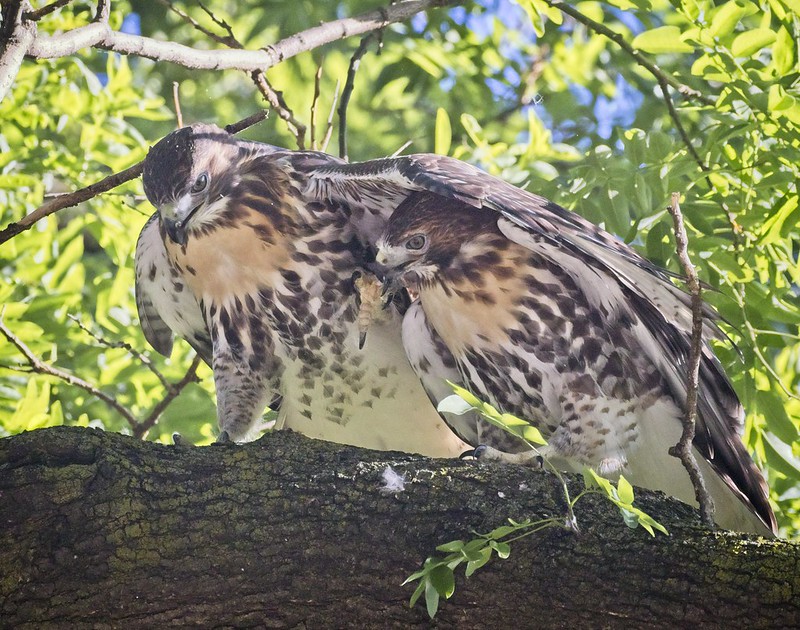 Breakfast lost for both, Fledgling #2 continued to yank Fledgling #1's leg until they both lost their balance. 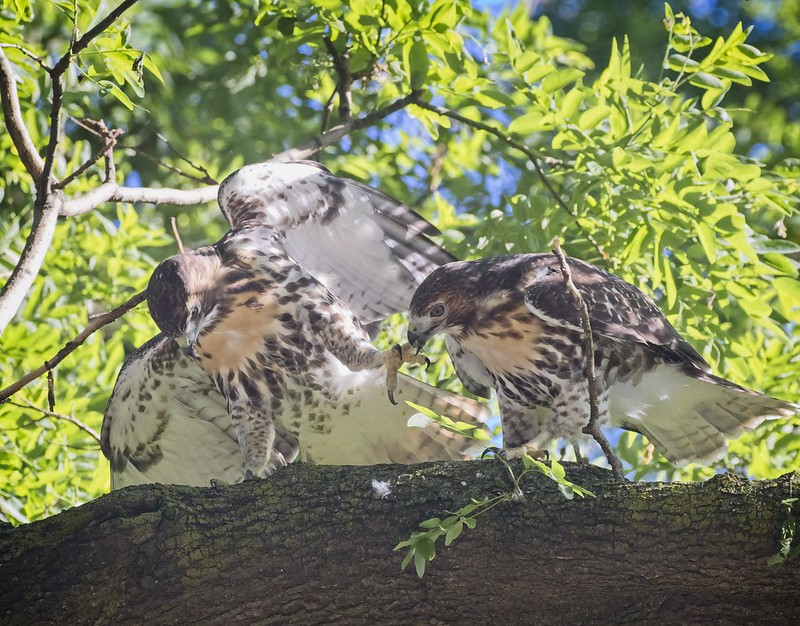 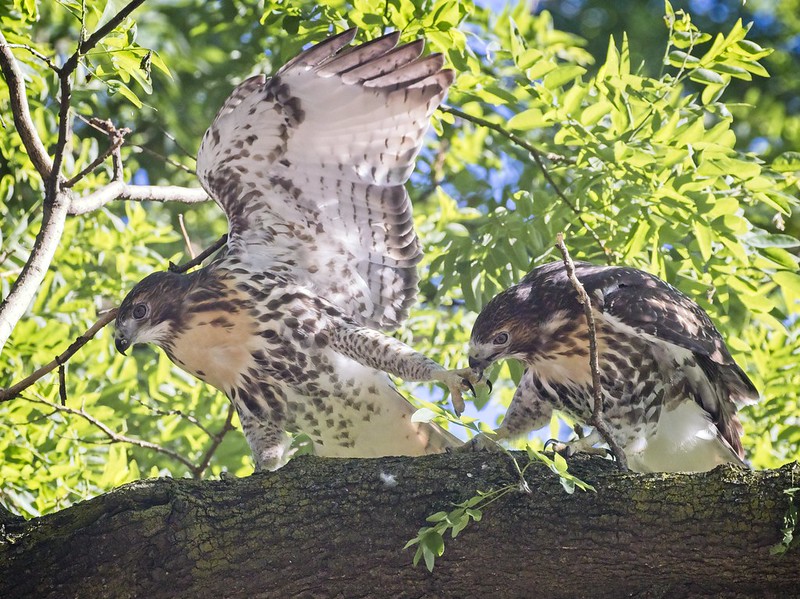 No winners in this round!

Later that same day, I found two fledglings in a tree in another part of the park where, again, one had food that was apparently left by a parent. I don't know if these were the same two birds that fought over breakfast, but we know at least one of them is the same fledgling.

Below, you can see the second fledgling peeking out from behind the first, staring at the food. 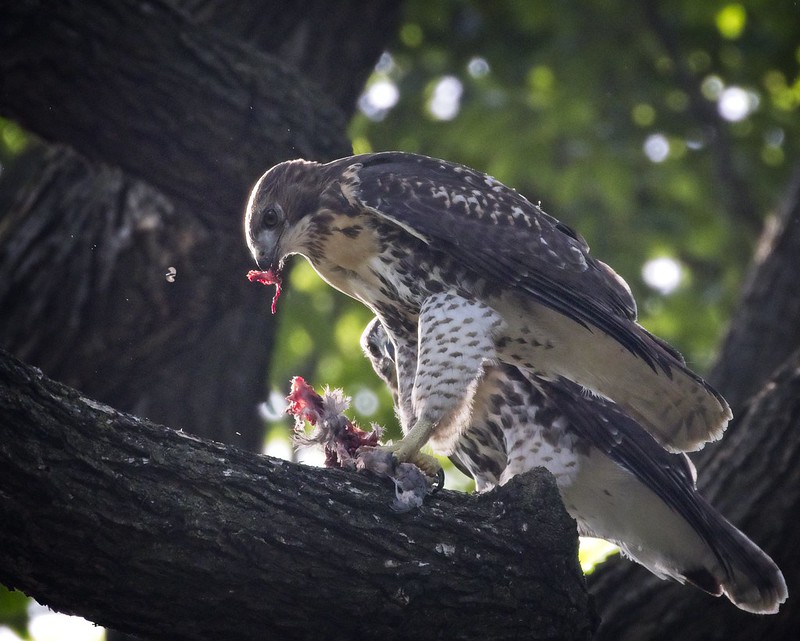 The first fledgling, however, was not going to be ambushed, so it took part of the food (pigeon leg) further away so it could eat undisturbed. 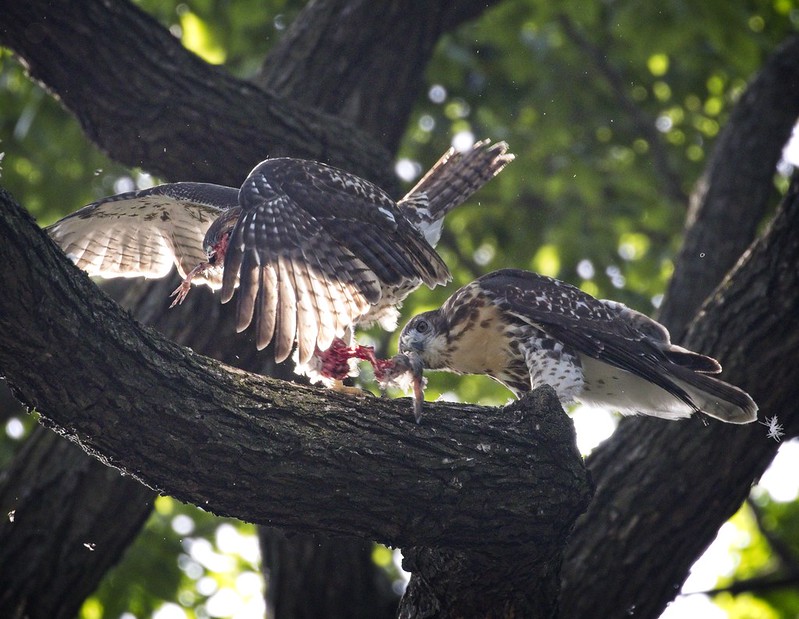 The second fledgling then had its share of the leftovers, so I guess both were winners in this round. 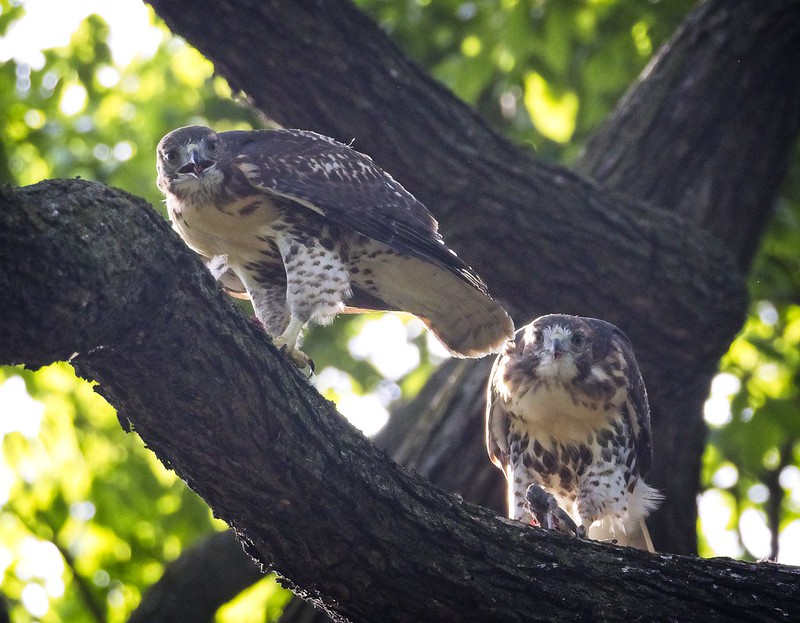 The fledglings are at the stage now where they can eat on their own but still need assistance from their parents. Christo is doing the majority of the work of providing food and showing the fledglings how to hunt. Last night, I observed him showing one fledgling how to catch a squirrel, then helping the youngster prepare it for eating (I'll have more on this in an upcoming post). Watching Christo teach the fledglings to hunt is the most fascinating time for me as we can really see how these young birds learn to become hawks. 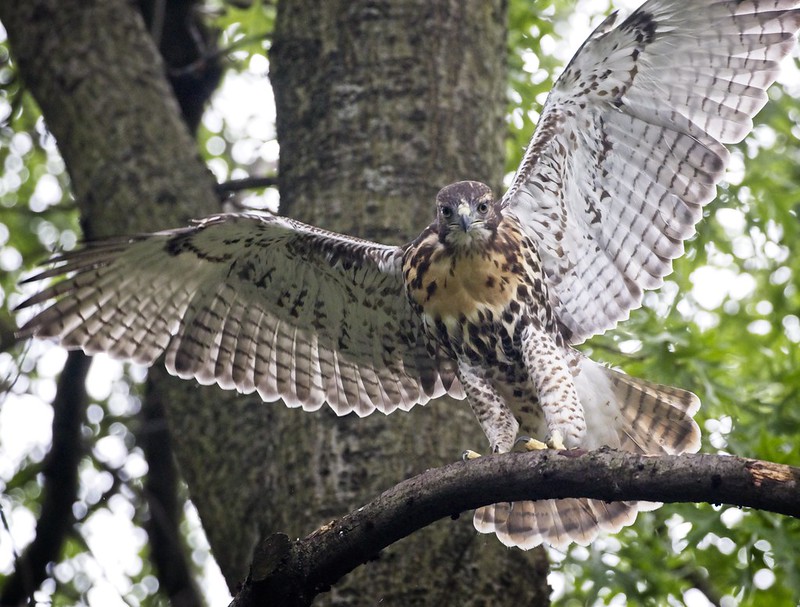 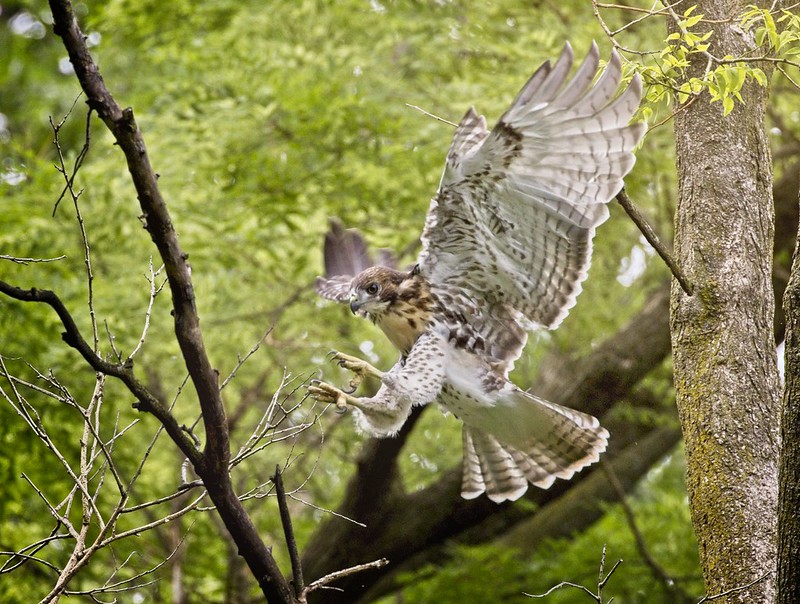 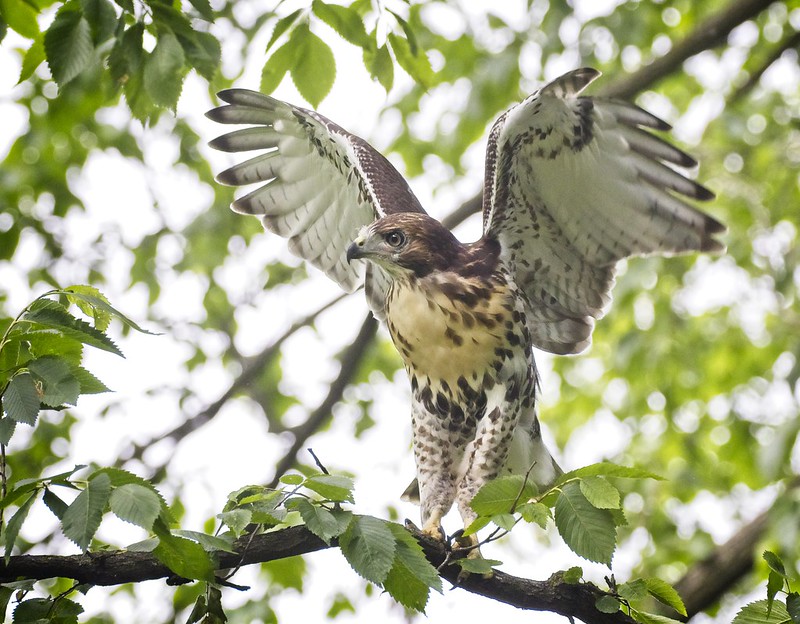 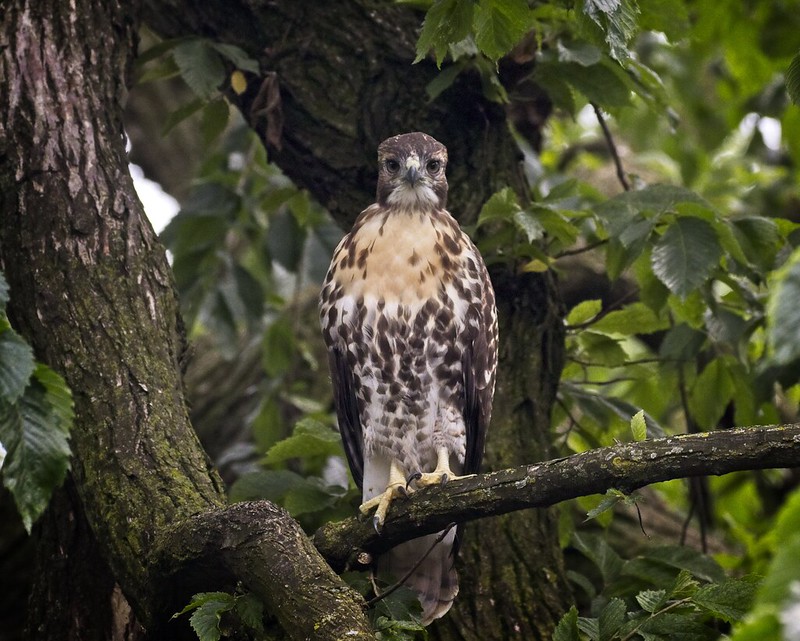 Much more to come...


Posted by Laura Goggin Photography at 10:55 AM