Tompkins red-tail fledglings growing up fast, but continue to entertain

This week saw some significant developments for the Tompkins Square Park red-tailed hawk fledglings. At least one of them has been using its "adult" voice, the classic red-tail kee-eeeee-arr, in addition to the juvenile whines and begging calls.

Another (or the same one?) has been soaring over the park, flying much more like an adult. Until now, the young hawks have been flying below the treeline.

And, at least one has been spotted outside the park on the surrounding buildings. 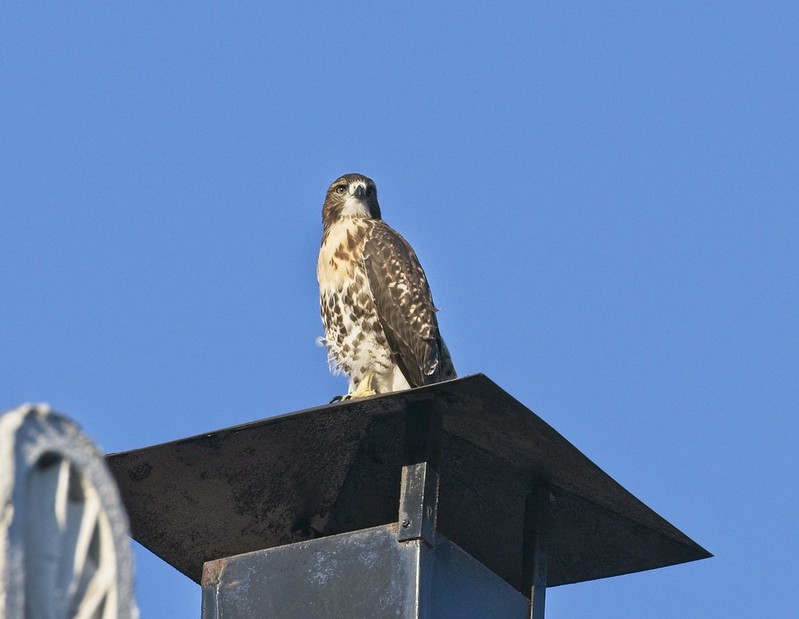 The hawks are becoming much more independent, but the three siblings continue to stay close to one another and play together, which has been a real treat to observe. With all the stresses of the human world going on, watching the hawks frolic in the grass, even for just a few minutes, has been essential for keeping my mental health in check. 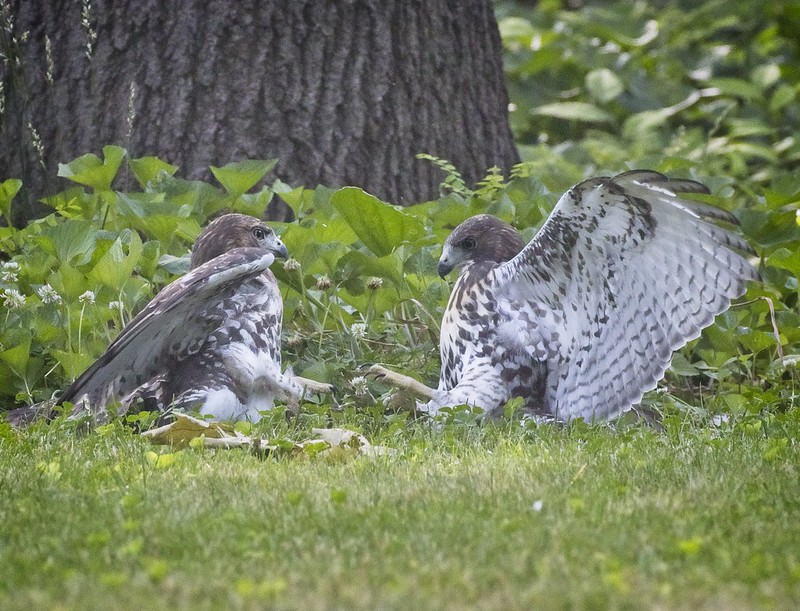 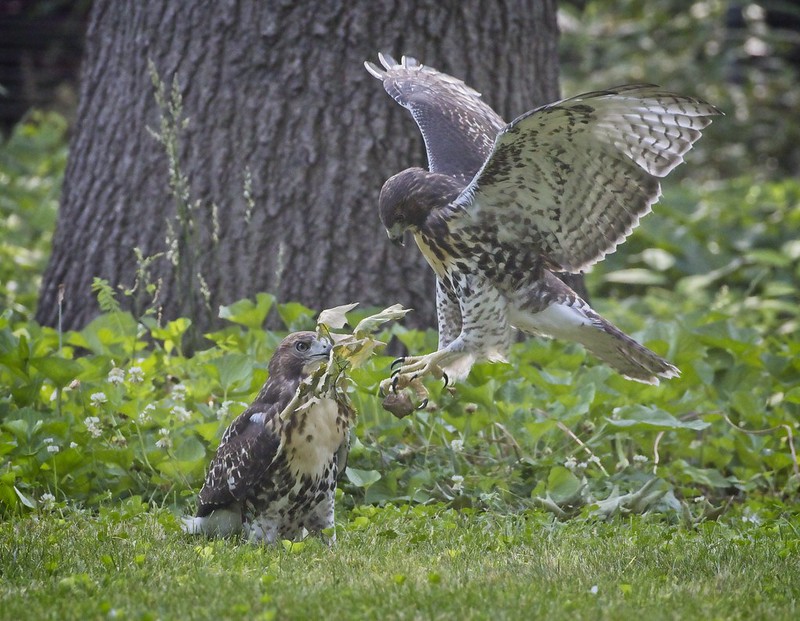 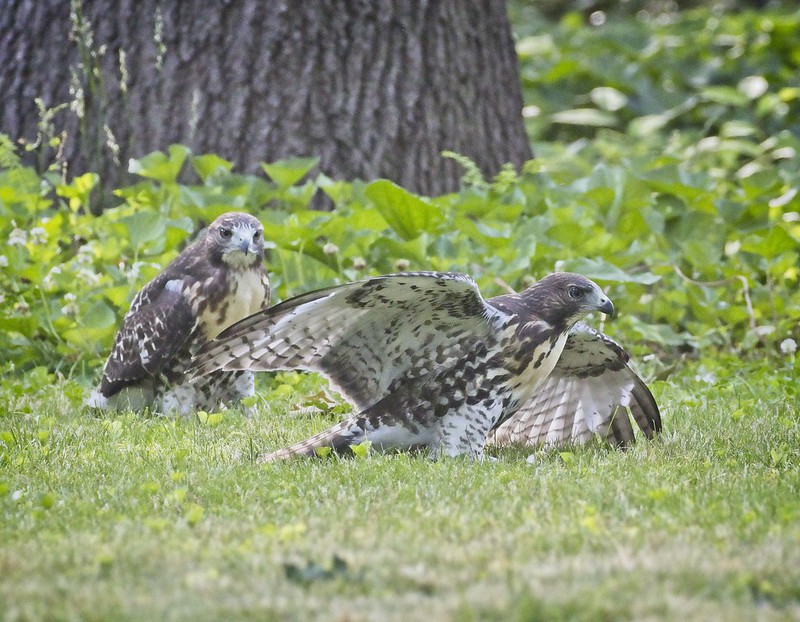 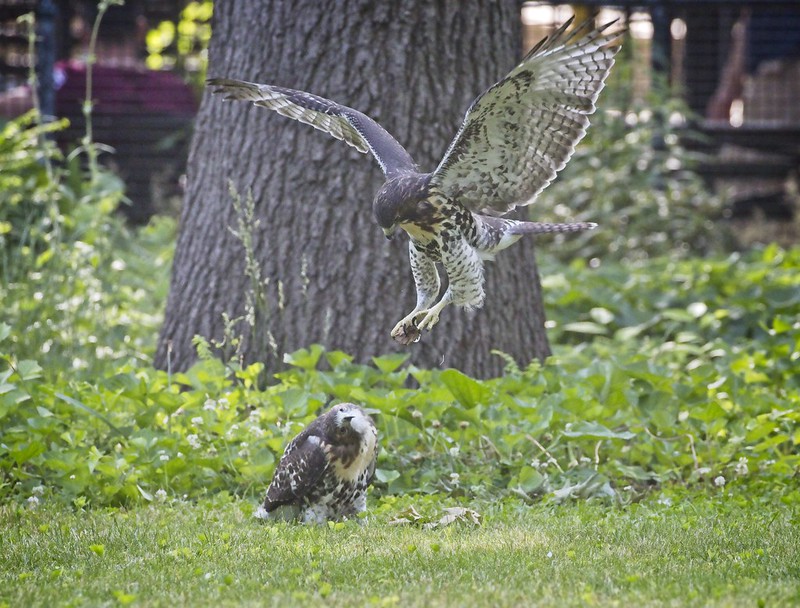 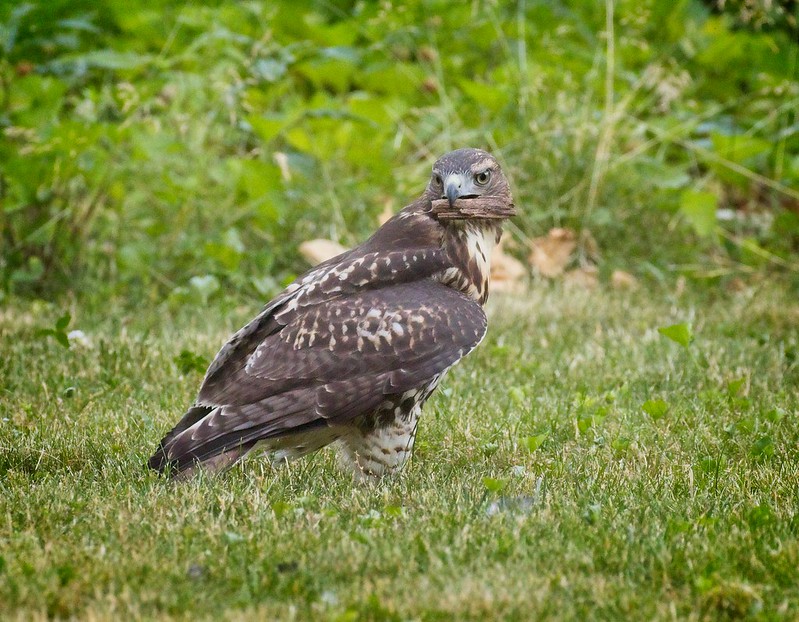 I know not everyone has access to outdoor space and/or nature. During this time of lock-down and social distancing, I have limited my time spent in the park and have to avoid it when there are too many people present. Even so, I realize it's a privilege to be able to visit the hawks and hope sharing these photos can bring some cheer to people who are unable to be present this hawk-watching season. 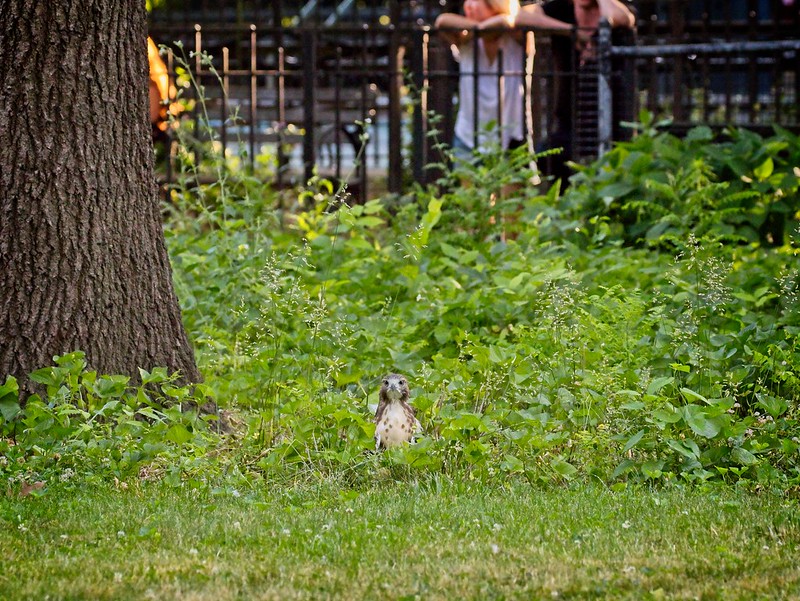 As the hawks practice hunting by playing with sticks and leaves, they are honing their skills to eventually catch real prey. 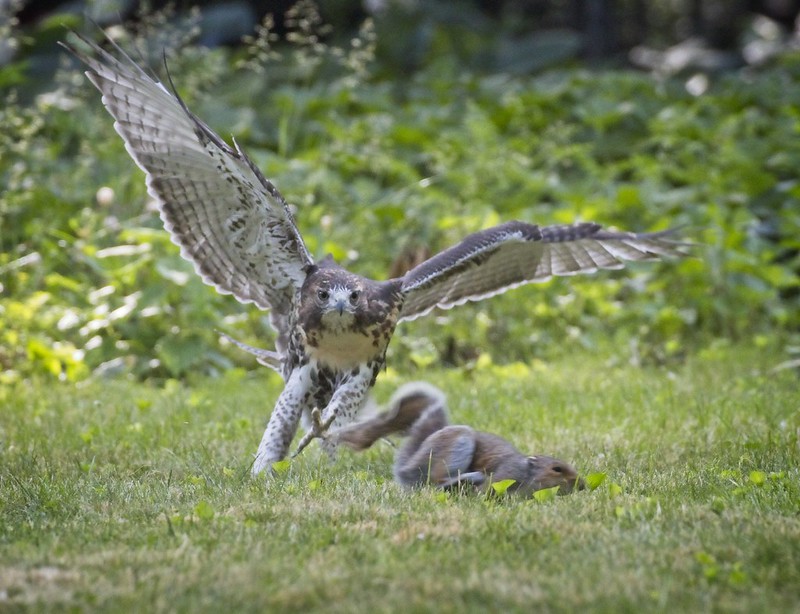 To date, the park squirrels continue to out-maneuver the hawks, but you can see the fledglings are trying to figure out how to catch one. 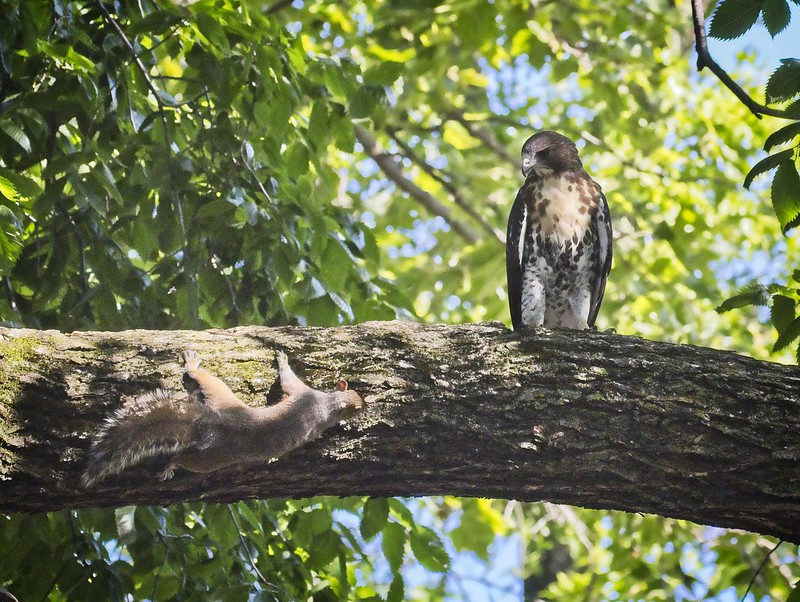 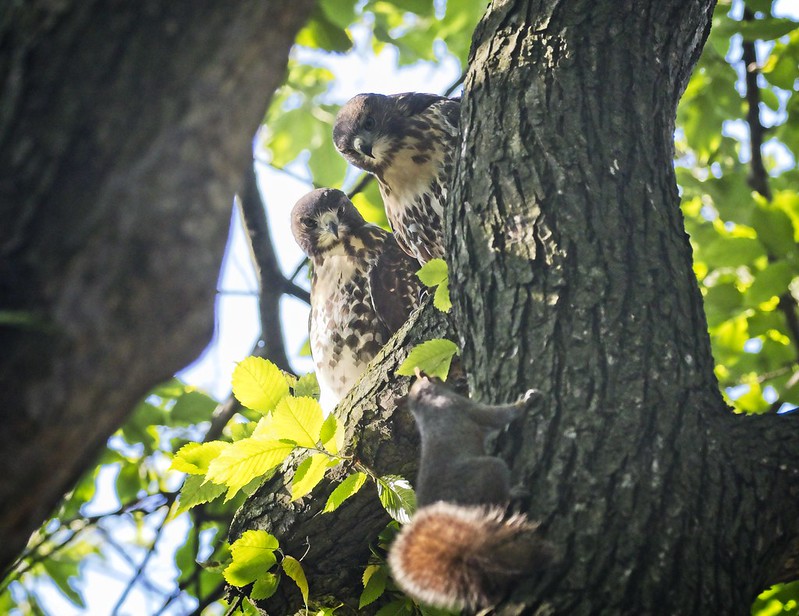 It's been almost a month since the hawks fledged the nest, and they're all flying and swooping around the park like pros, but there's still some learning to do when it comes to landing and taking off from trees. The fledgling below became entangled in brambly sticks when it tried to take off, and hung upside-down for a few seconds before righting itself. 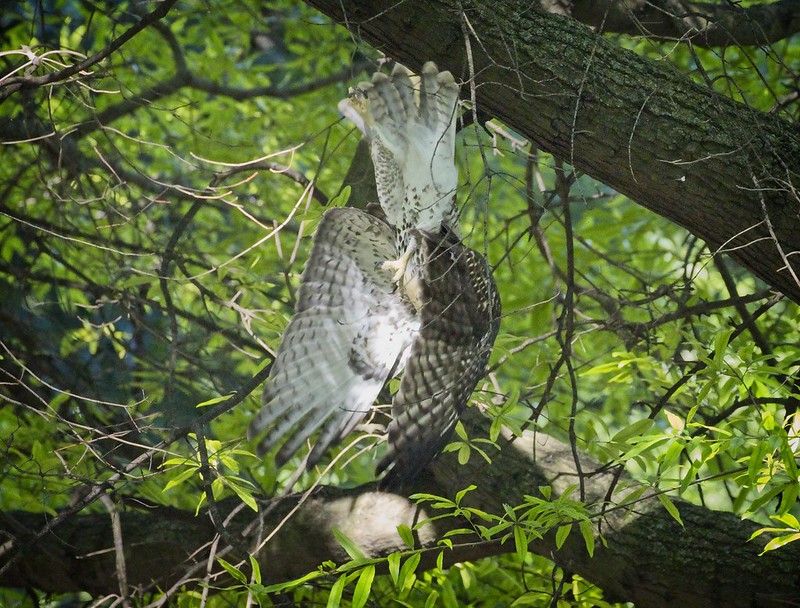 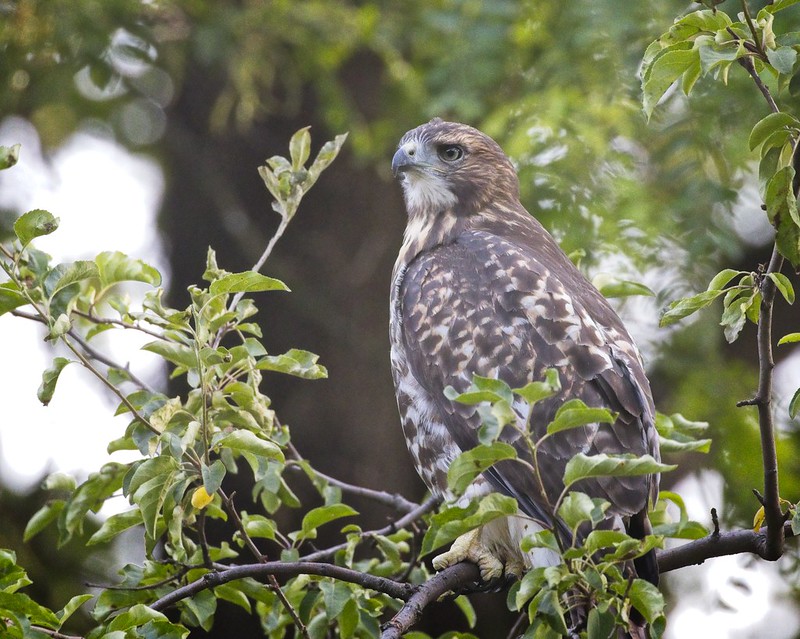 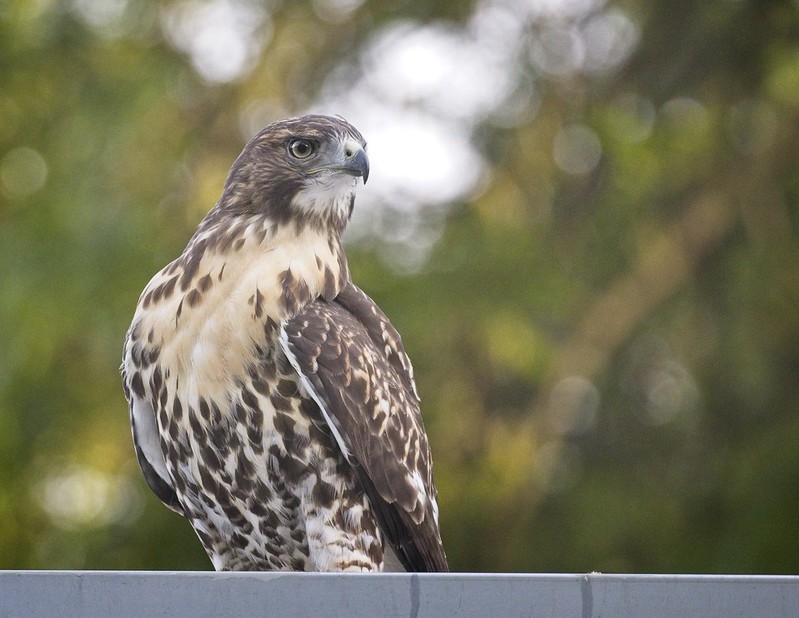 Meanwhile, mom Amelia and dad Christo are present, but have been giving the kids much more space to fly around and play in the park. The parents have been spending more time outside the park (taking some well-deserved breaks!) but are always keeping an eye on things. As the fledglings are still dependent on them for food, mom and dad still make meal deliveries.

In the photo below, Christo (right) has just given Amelia (left) a bird, which she would give to one of the fledglings. In this case, the kid swooped in and stole the bird away from her, another sign of increasing independence. 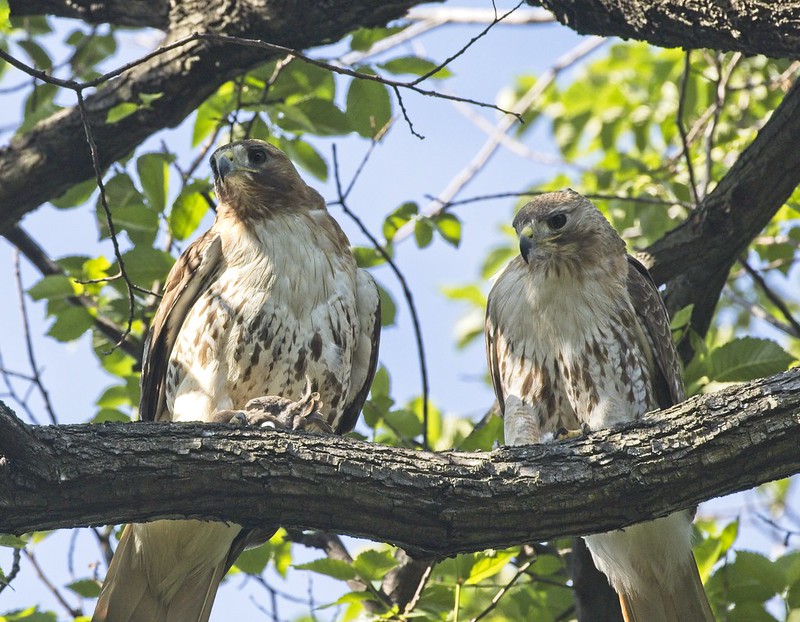 On a recent morning, Amelia (left) fed one of the kids breakfast. 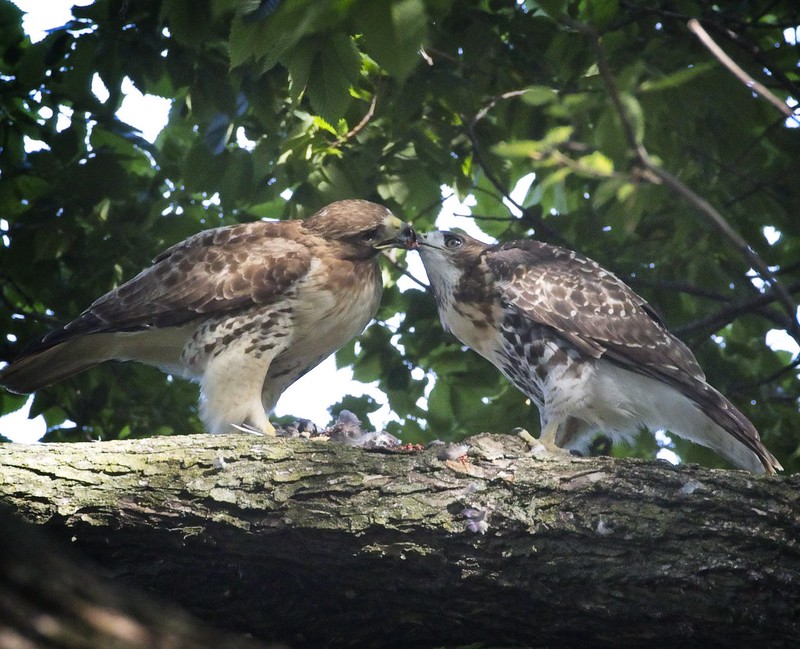 Amelia and fledgling (both eyeing a squirrel out of frame): 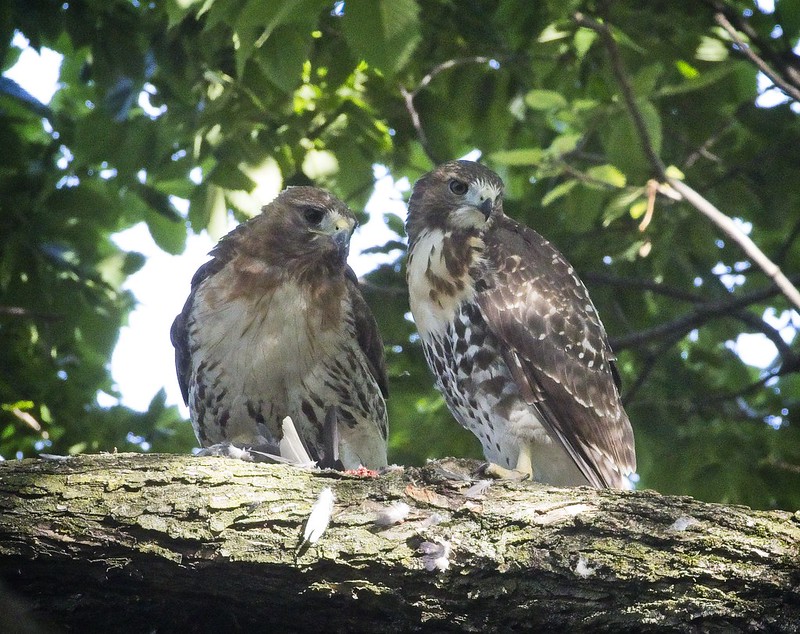 As the parents are directly feeding the fledglings less and less, they are leaving food around the park for the young hawks to retrieve and feed themselves. Below, a fledgling takes the remains of a pigeon up to a fence to eat. Before the skateboard/basketball area opened back up last week, Christo was using the open space to leave food (sparrows, pigeons, rats and squirrels) for the young hawks to practice catching. One thing they must learn is how to take their food to a high perch where they can safely eat. 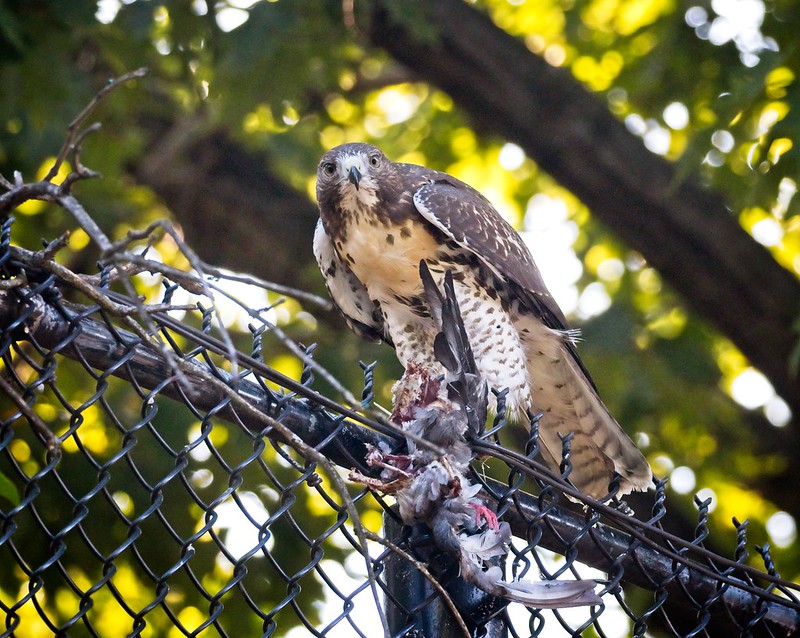 Two kids on the prowl: 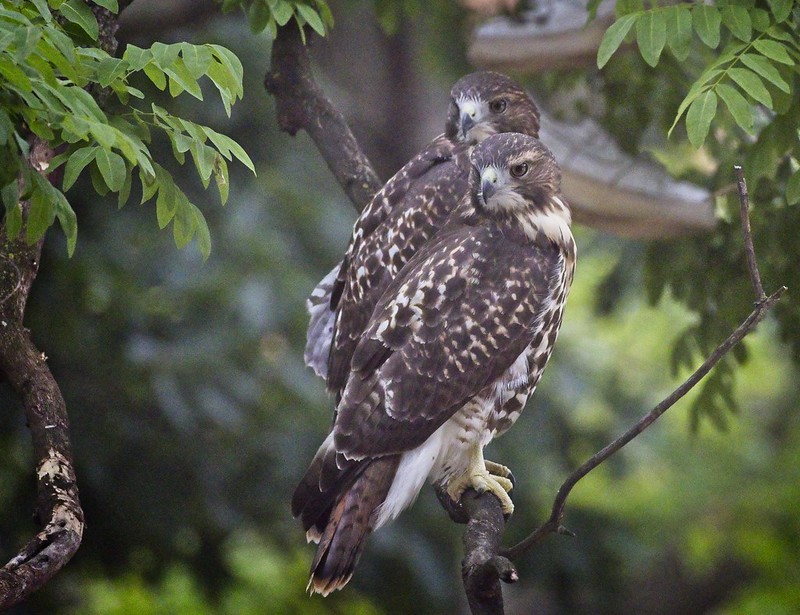 The young hawks have been amusing people by flying very low and close. There are times when they fly straight at me, too close for my camera to focus. When this happens, I just stand there and enjoy watching the show. 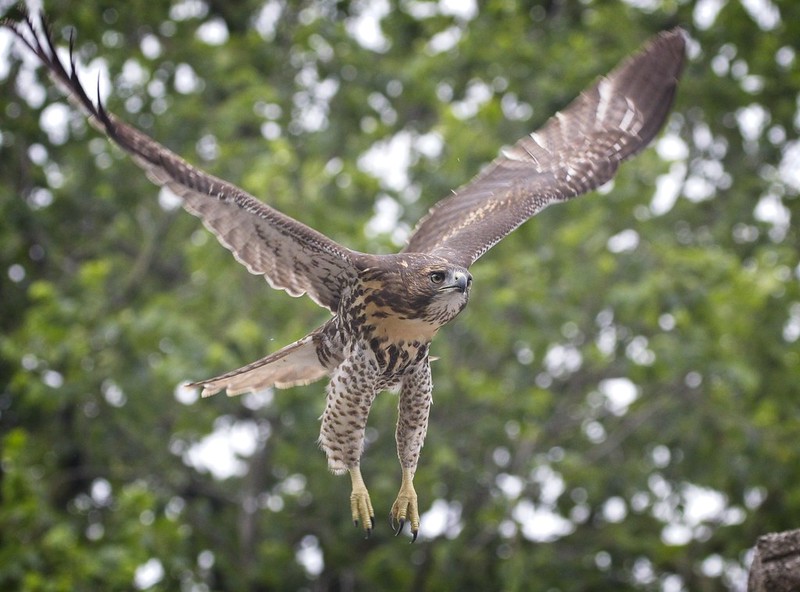 It's great to see the hawks making people happy. 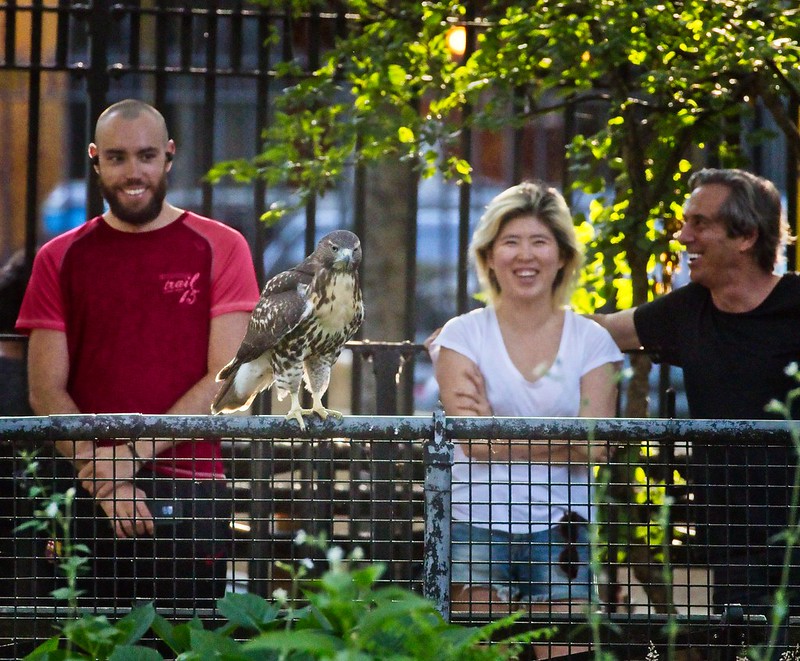 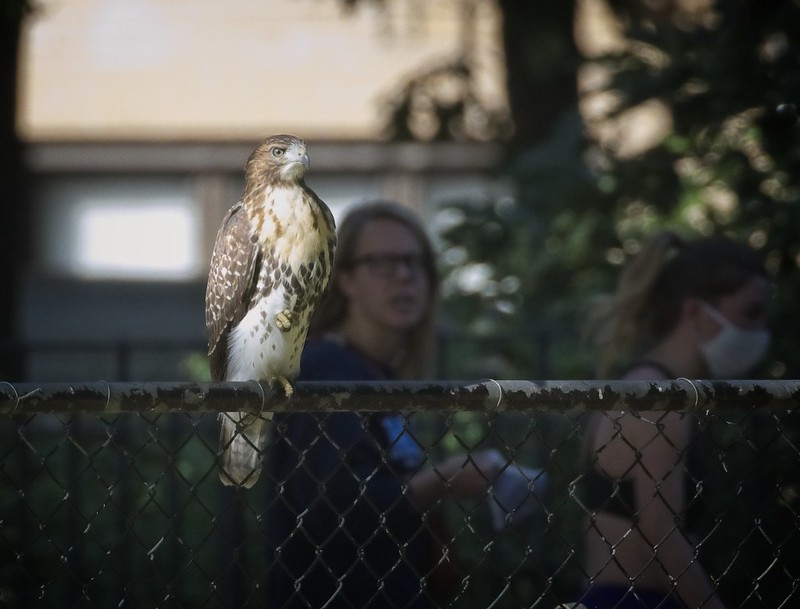 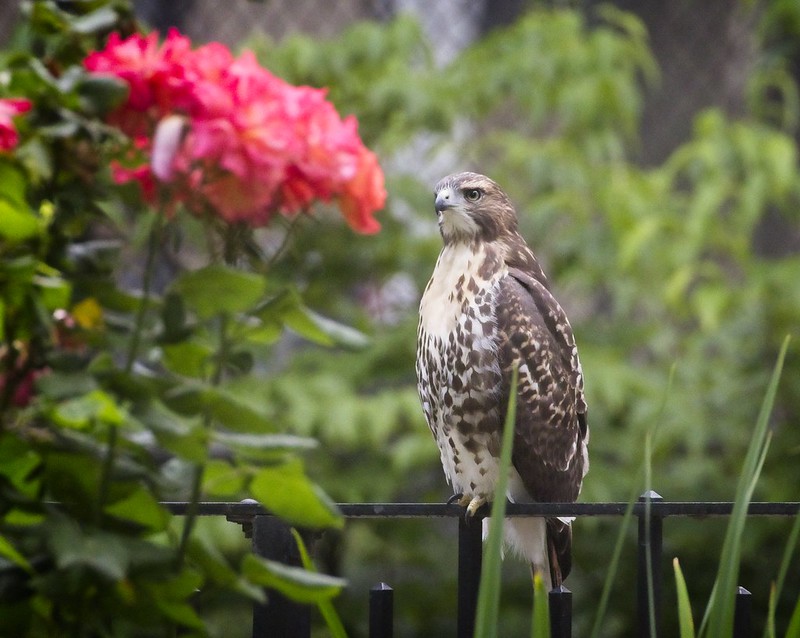 People have been asking me how long the fledglings will stay in the park. It's hard to say, but they generally disperse by late July or early August. As soon as they can feed themselves, the hawks will no longer need their parents, and will start exploring the world beyond the park. 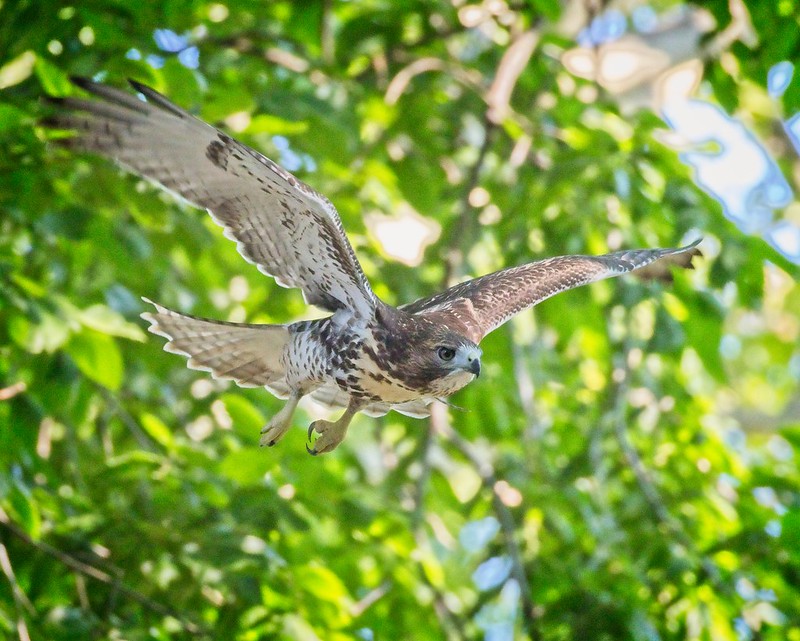 Posted by Laura Goggin Photography at 9:56 AM