The Tompkins Square red-tailed hawk fledglings are out of the nest and exploring the park, but are still under the attentive care of their parents, Christo and Amelia. Until the young ones can successfully hunt prey on their own, Mom and Dad will continue to supply them with food.

Below, Christo sounds the dinner bell as he announces he has a freshly plucked pigeon. 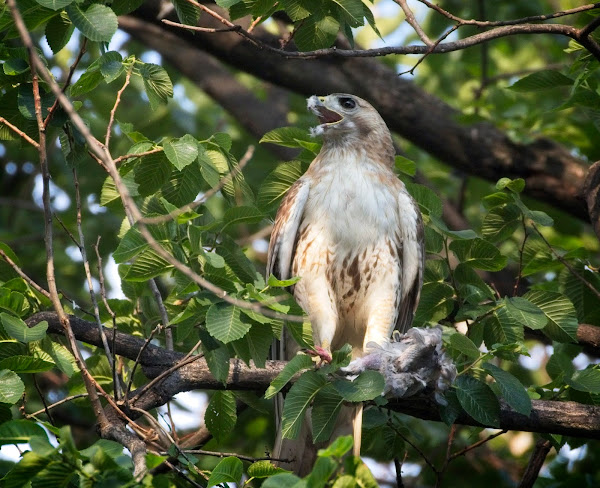 One of the fledglings (left) approaches Christo (right). 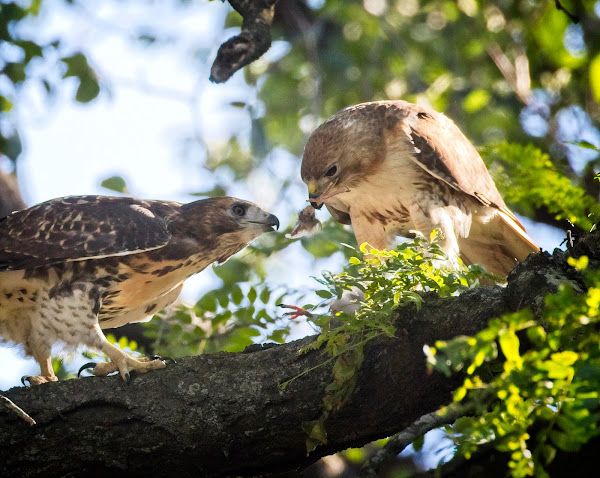 Christo tears up little pieces of the pigeon and feeds it directly to the fledgling. 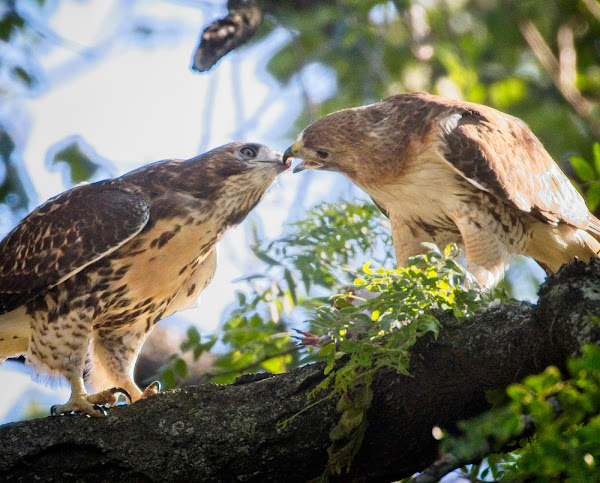 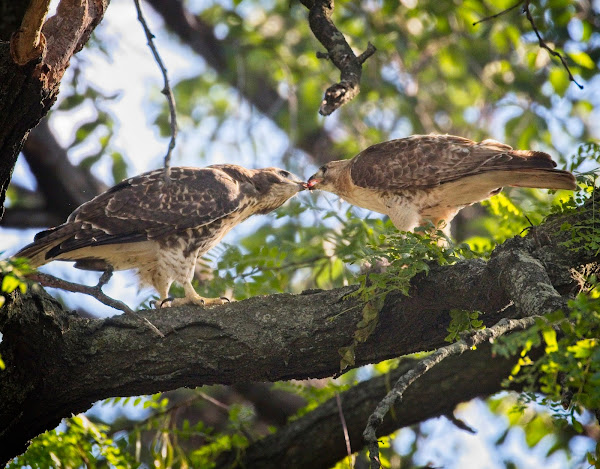 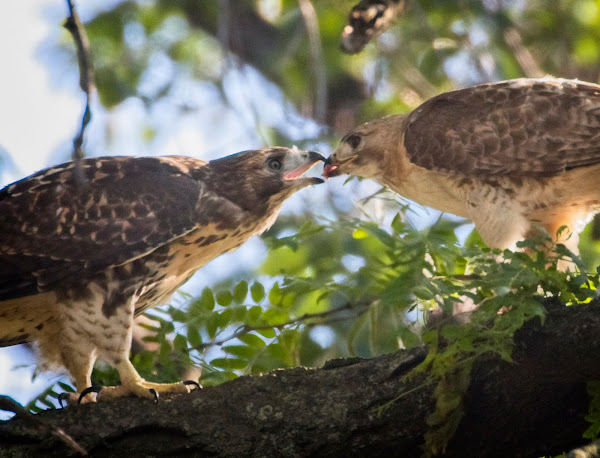 When the kid ate its fill, it hopped to another branch in the same tree. Soon after, the second fledgling swooped in on Christo from the right. 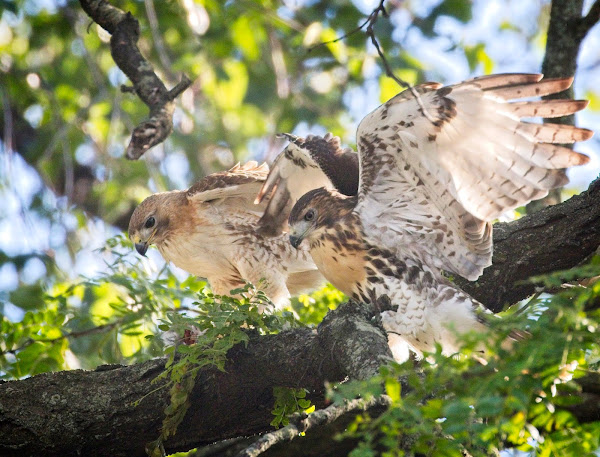 Christo repeated the feeding process, ripping off little bites of meat and letting the fledgling take the food from his beak. 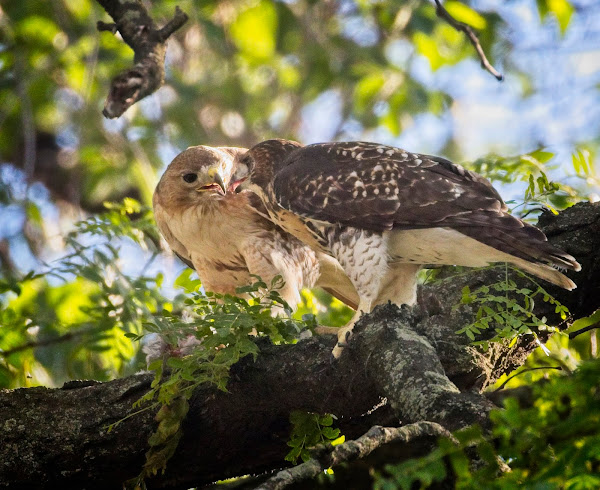 This one, however, became a little too aggressive, snapping at Christo when some food got stuck to his beak. The scuffle resulted in dinner falling off the branch, which can be seen in the video below. Oopsie!

Meanwhile, Amelia (right) feeds one of the fledglings. 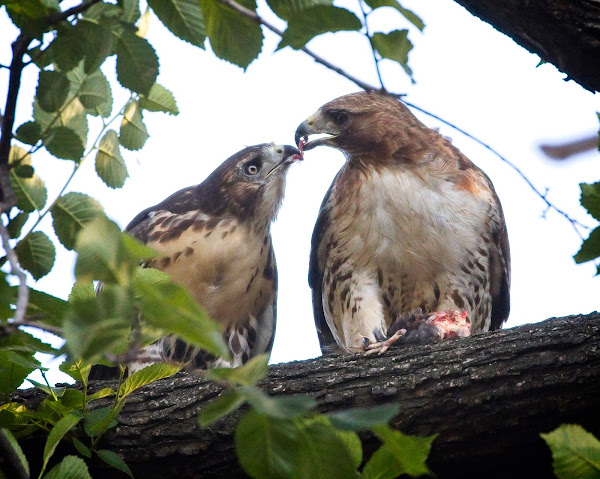 Both adults are so careful and gentle when they do this. It's really sweet to watch. 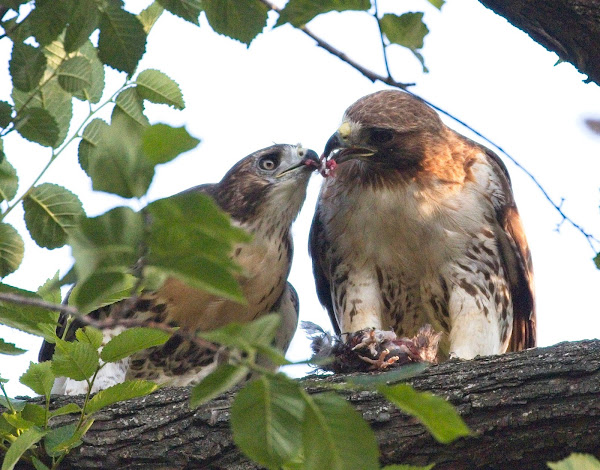 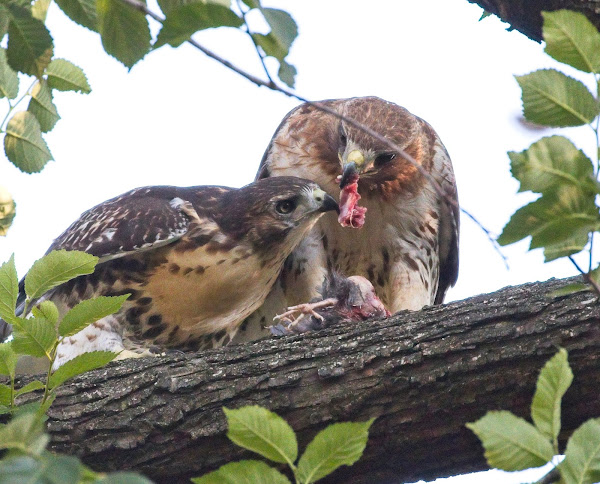 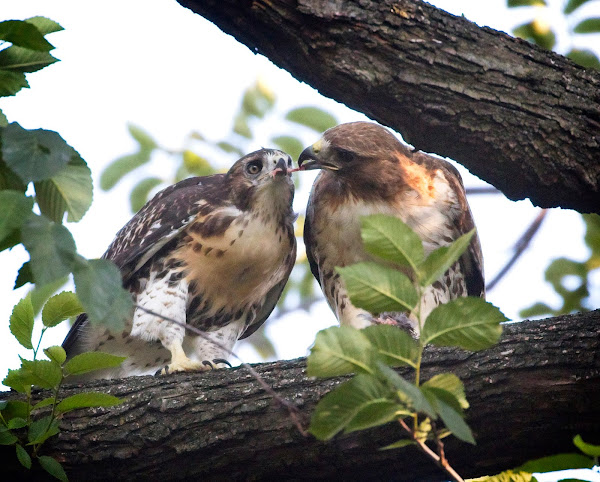 On another day, one of the fledglings (right) nips at Amelia's beak, begging to be fed. 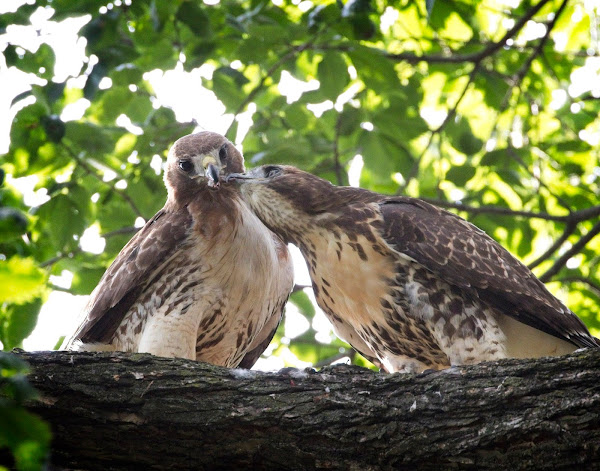 She tears off a bite-sized piece of food while the fledgling looks on with serious interest, 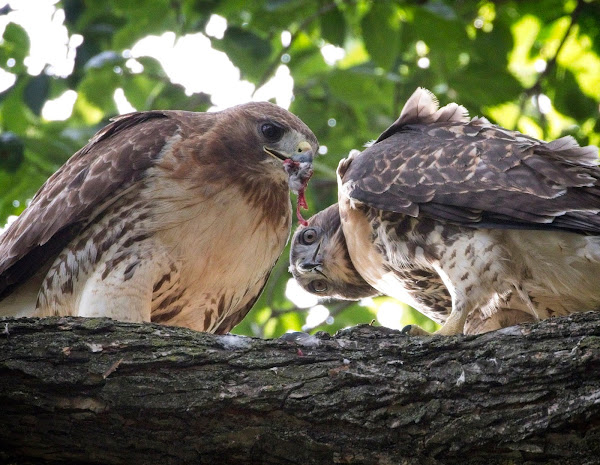 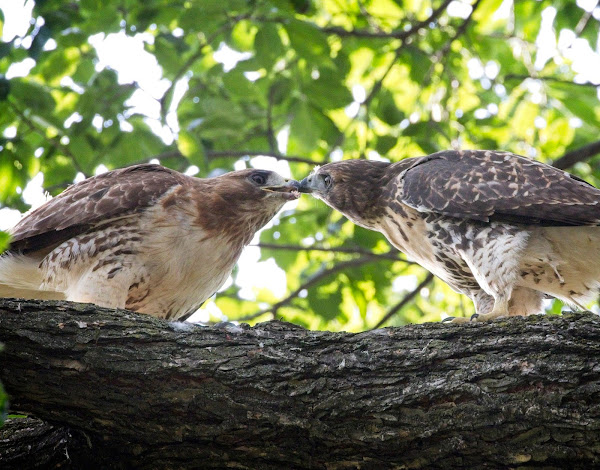 The parents will eventually ease off feeding the fledglings directly, forcing the kids to try hunting on their own. Not to worry, though, as Mom and Dad are still on hand to drop off food to the kids and let them serve themselves.