The two Tompkins Square red-tailed hawk chicks have been exploring their nest tree over the last few days.

Below, the older of the pair perches on a branch just outside the nest. 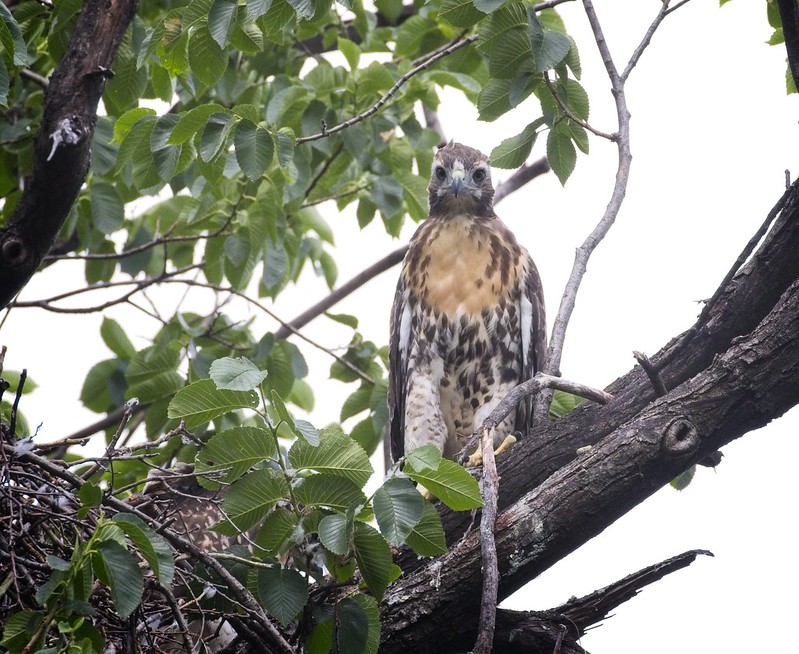 The older chick seems to be the more adventurous, but still looks a little unsure of itself as it creeps out along the branches. 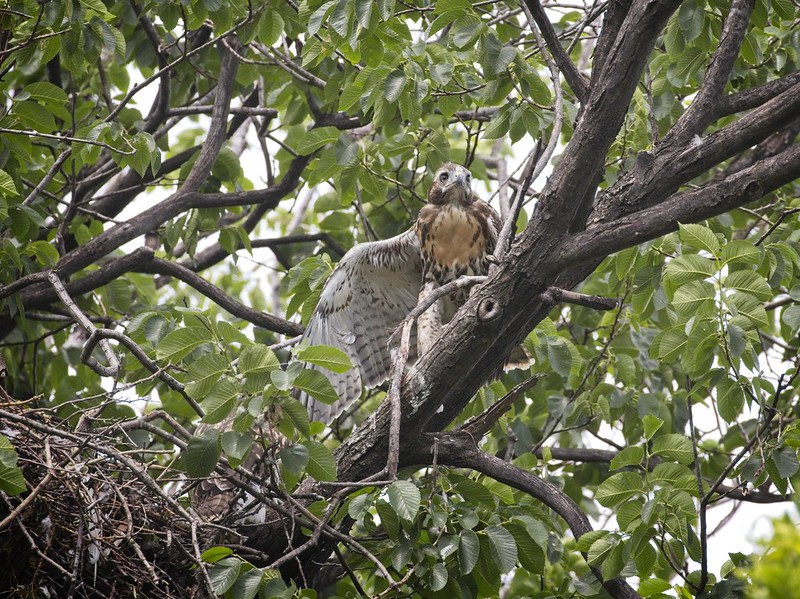 One tuft of white down can still be seen at the top of the chick's beak. Other than that, the bird has all its flight feathers. 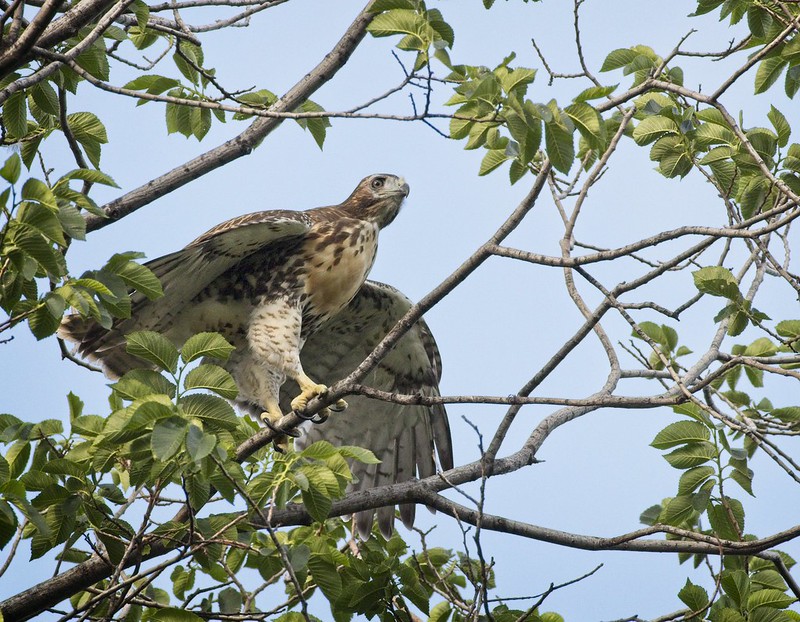 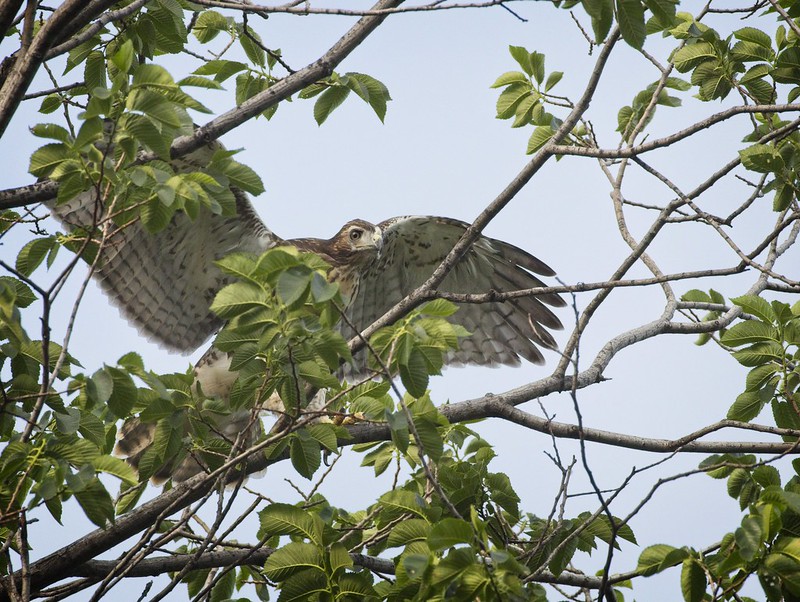 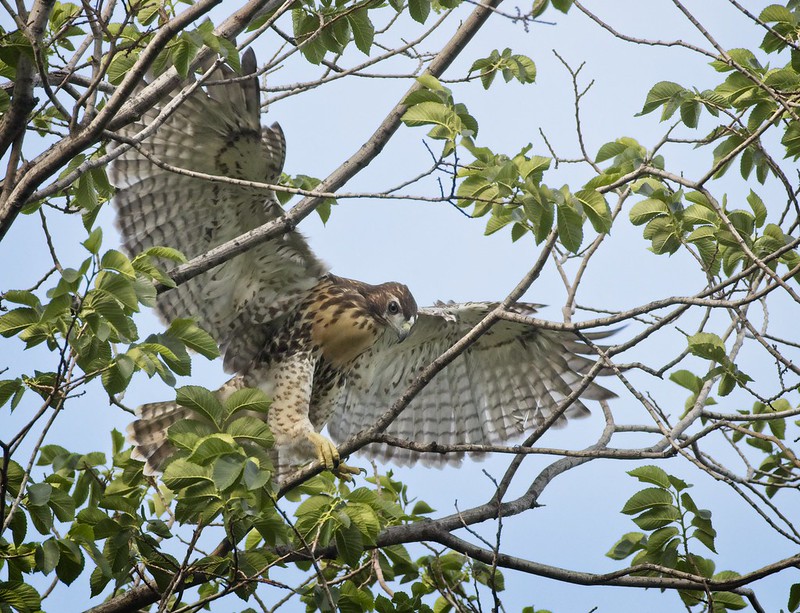 The chick ventures out as far as it can go on the limb and flaps its wings a few times. 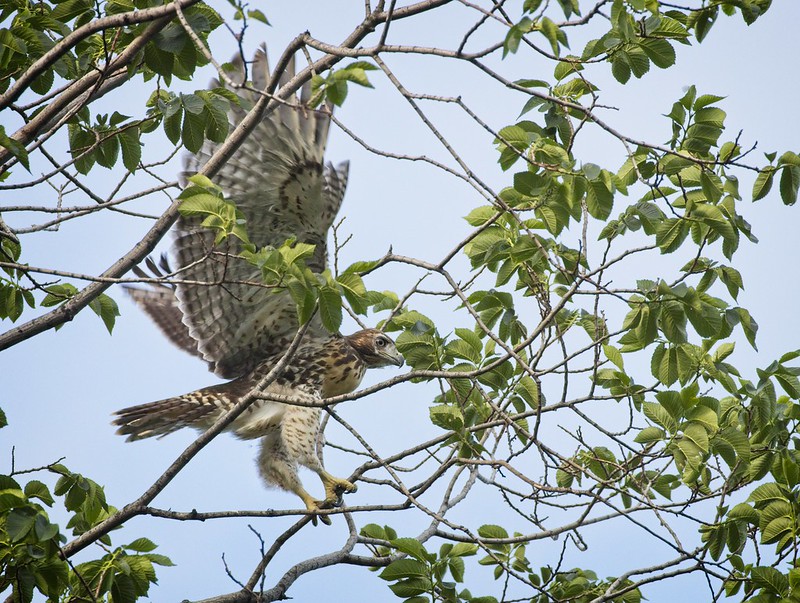 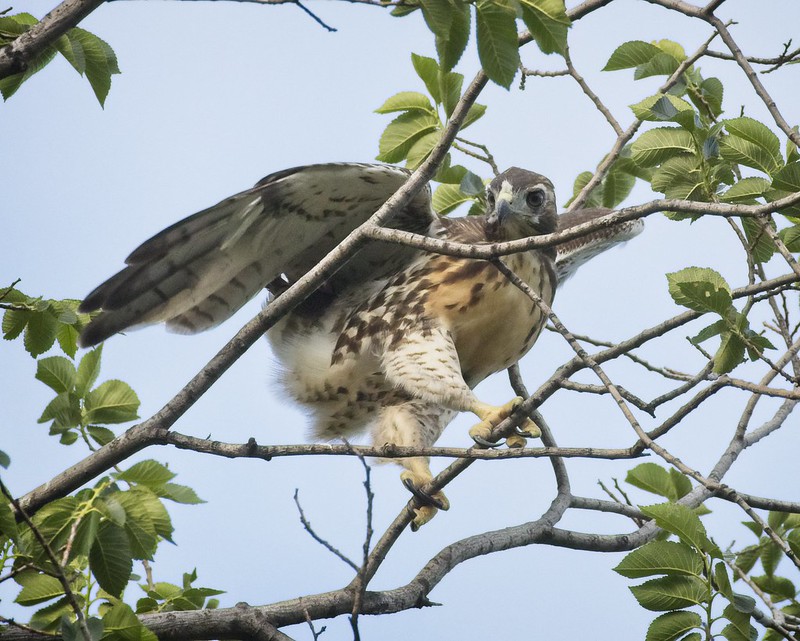 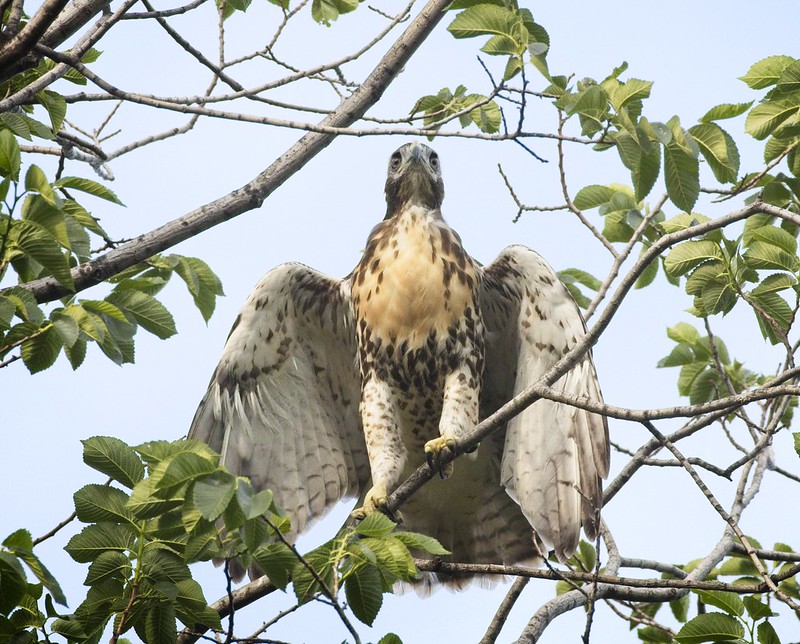 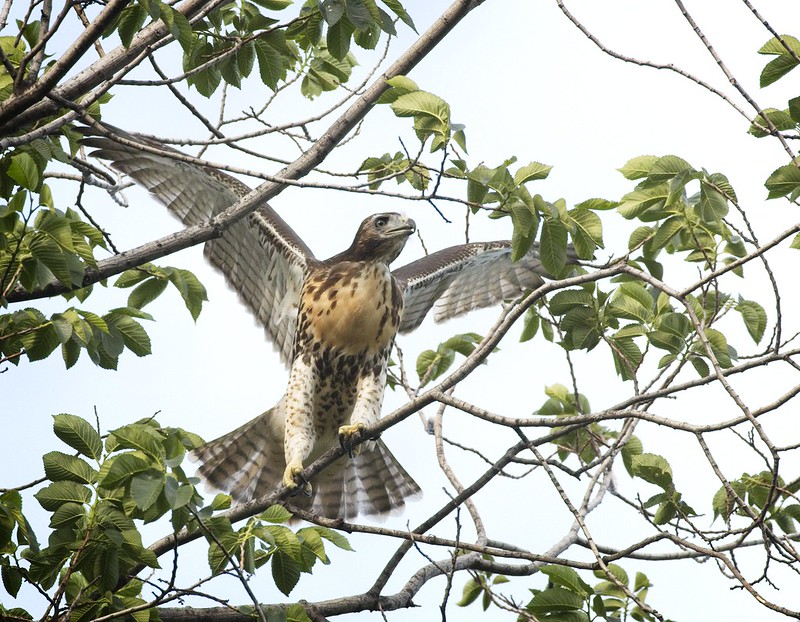 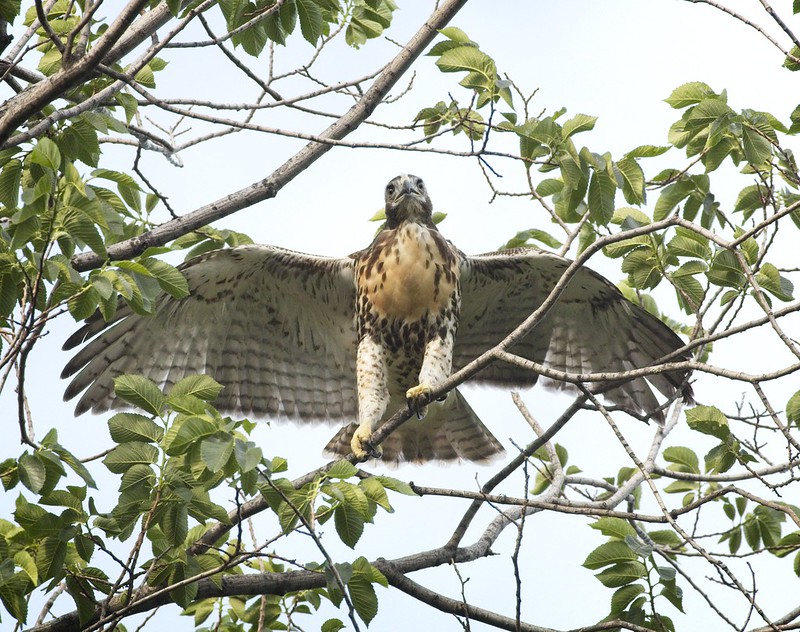 Meanwhile, back at the nest, the younger chick looks on at its sibling's antics. 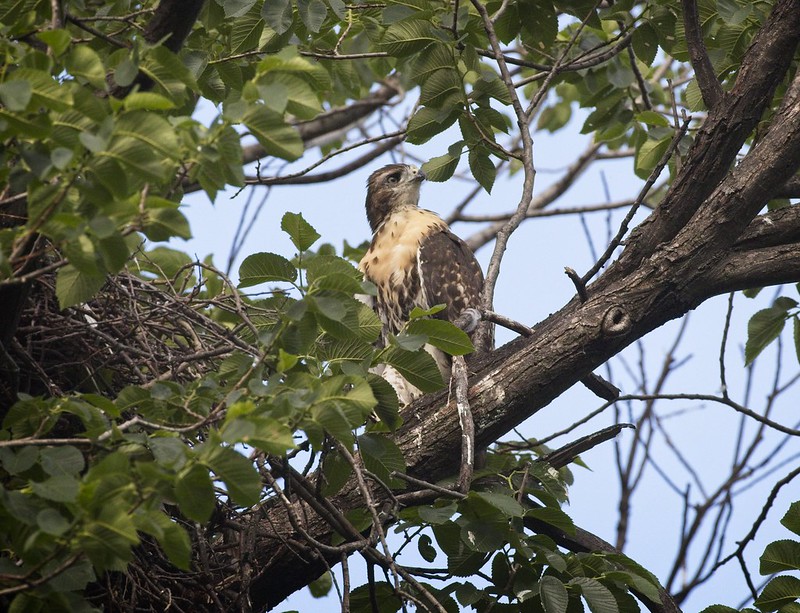 I tried to take video this evening of one of the chicks flapping, and ended up catching Christo flying in, followed by Amelia. The whole family then gathered in the nest for dinner.