The Tompkins Square red-tailed hawk chicks have now fledged the nest and are exploring the park under the supervision of mom, Amelia, and dad, Christo. It's unclear when exactly the chicks took their first flights, but it was soon after the previous post.

Here is one of them looking pretty confident: 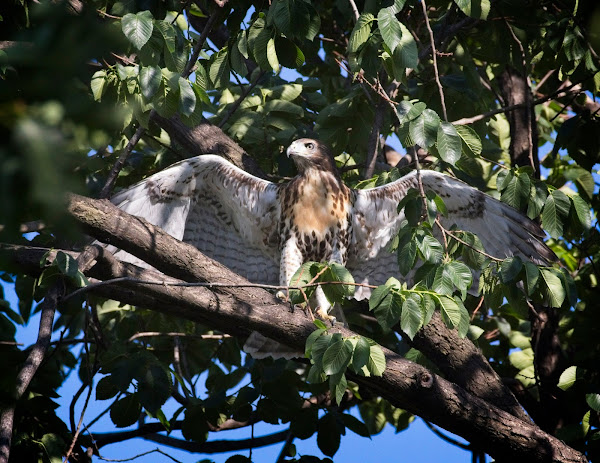 The first few flights I observed were a bit wobbly, but both young hawks are now flying around with ease. 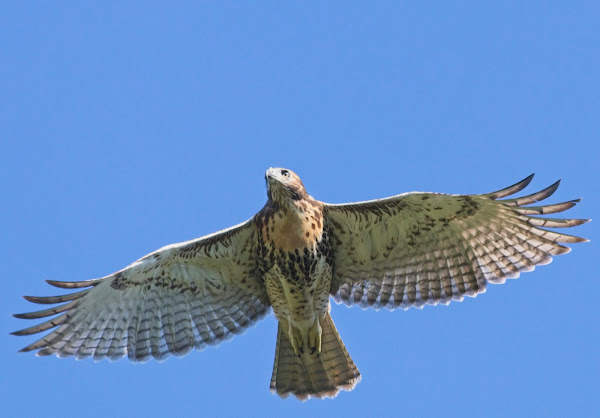 As the fledglings learn to fly and hunt, they often visit the ground where they are vulnerable to threats, like dogs. It's at this time in their development when it's essential we all be as conscientious as possible and give the birds their space. 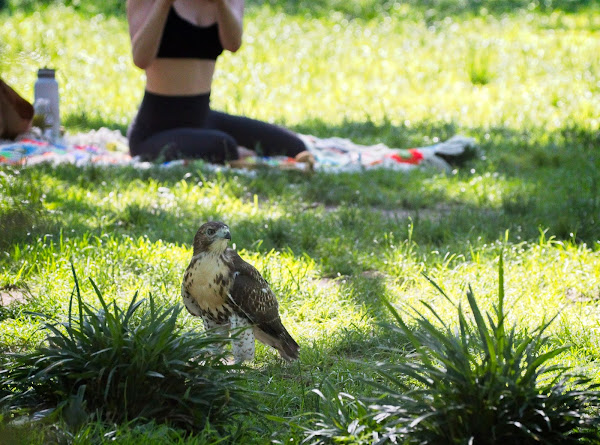 On this day, the people on the grass were respectful and didn't move when the fledgling explored the grass. 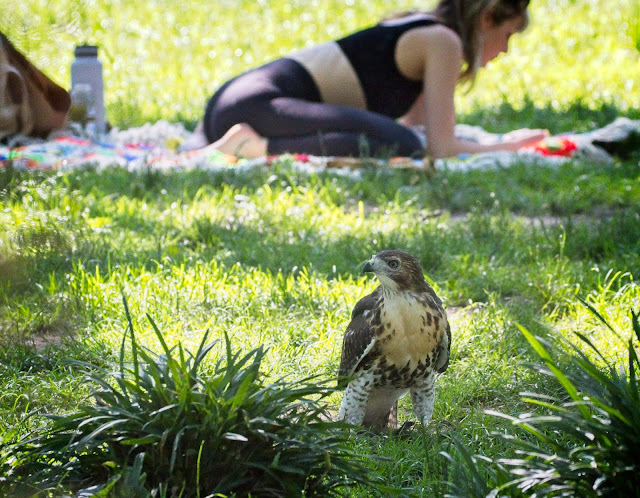 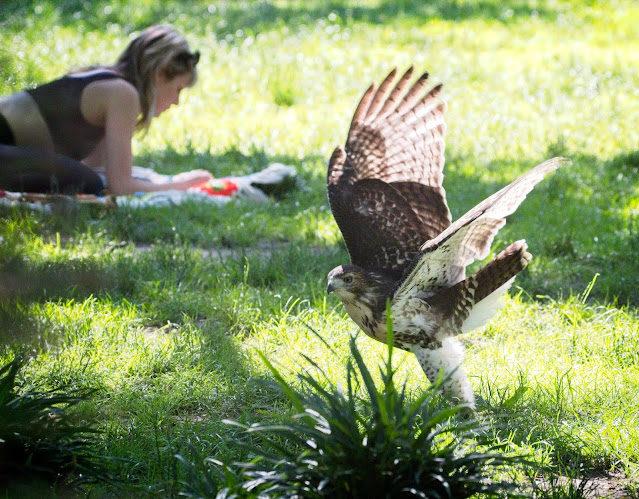 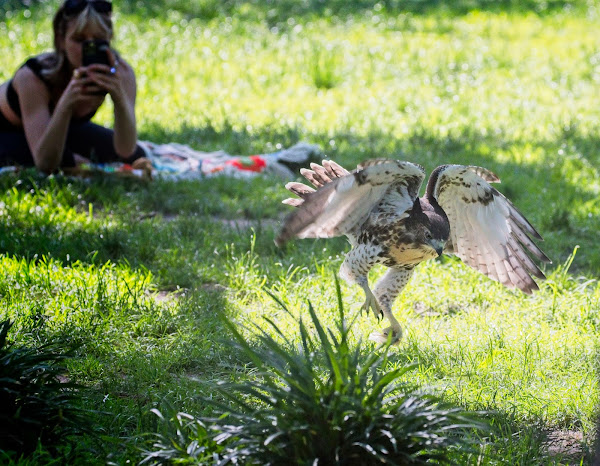 However, I have since seen unleashed dogs running on the lawn while the fledglings are playing, chasing after the birds and scaring them off. I've spoken to dog owners, asking them not to take their dogs on the lawn while the fledglings are there, but I've been met with belligerence and entitlement. I've been in contact with the Parks Department and 311, but no one is available to make sure unleashed dogs are not allowed on the lawn (dogs are not permitted there anyway, and there's a dog run just a few feet away), so it's up to those of us who love the birds to stay vigilant.

It's worth noting that all the trash left behind in the park comes in direct contact with wildlife. Note the White Claw cans left behind on the lawn below. I've seen fledgling hawks playing with garbage, broken rubber balloons and prescription bottles. 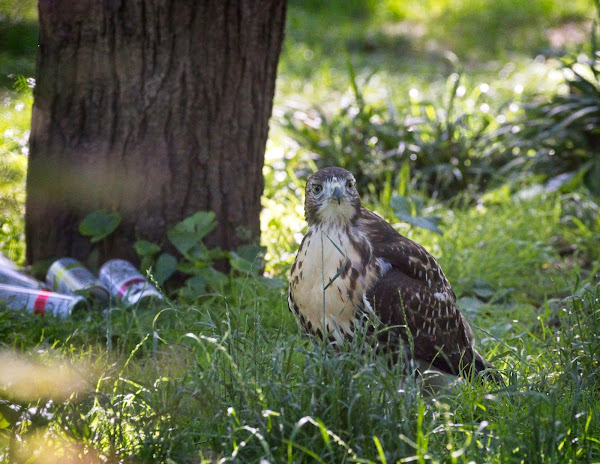 The fledglings can look like curious babies at one moment, then take on the expression of  a serious raptor. 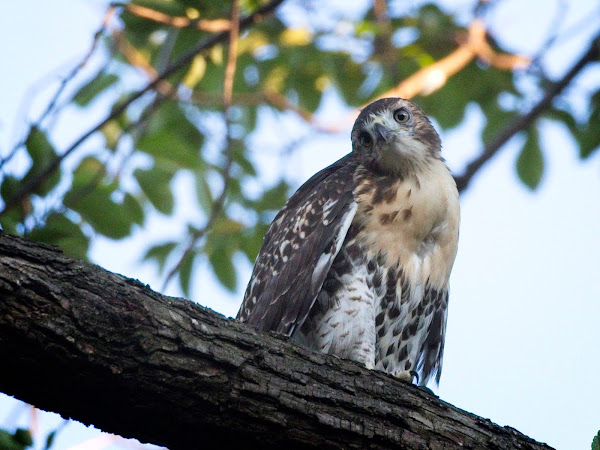 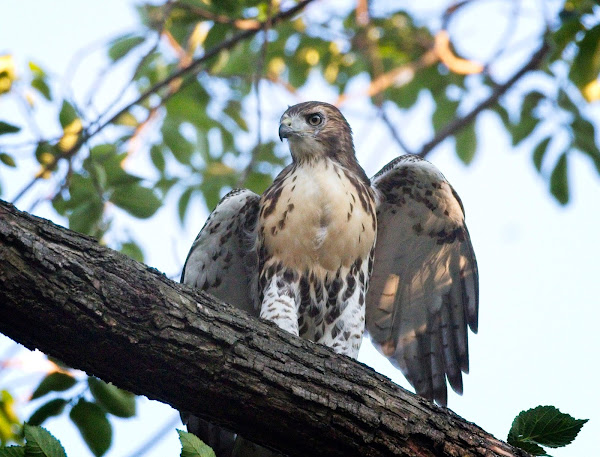 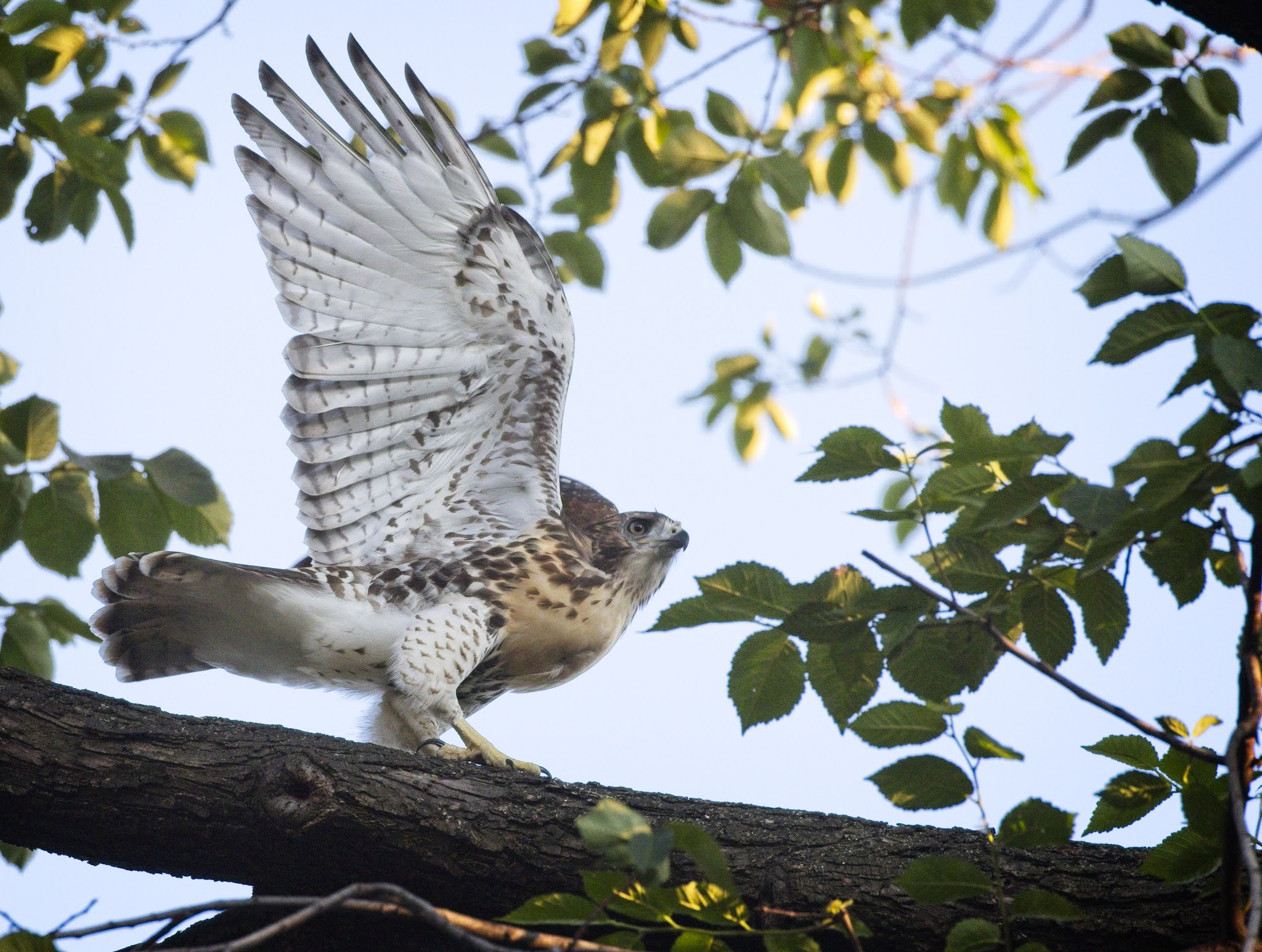 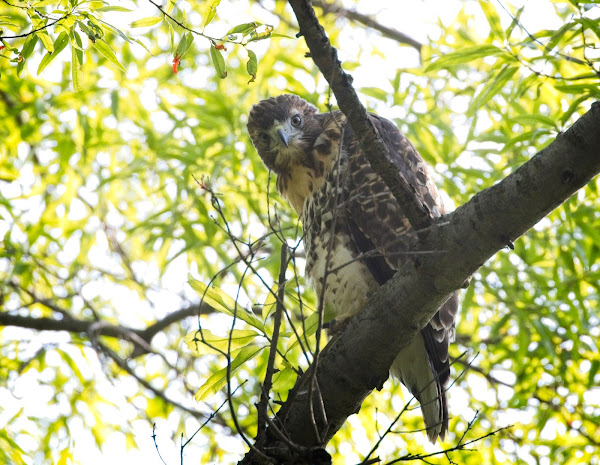 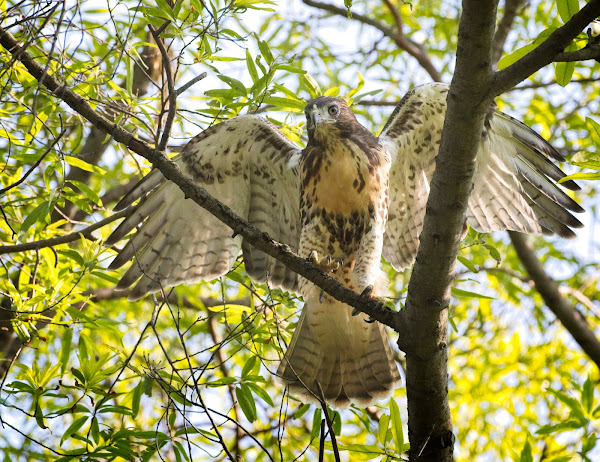 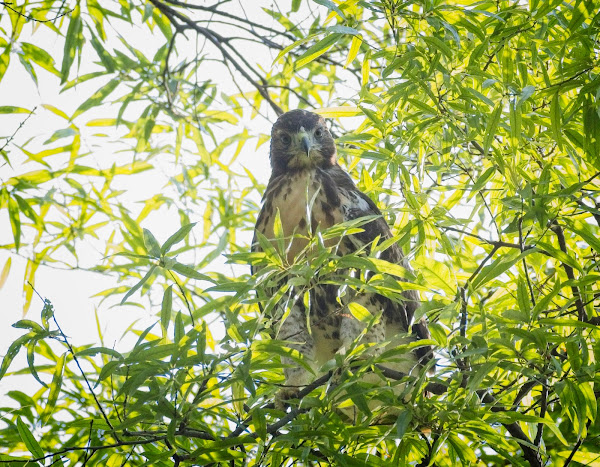 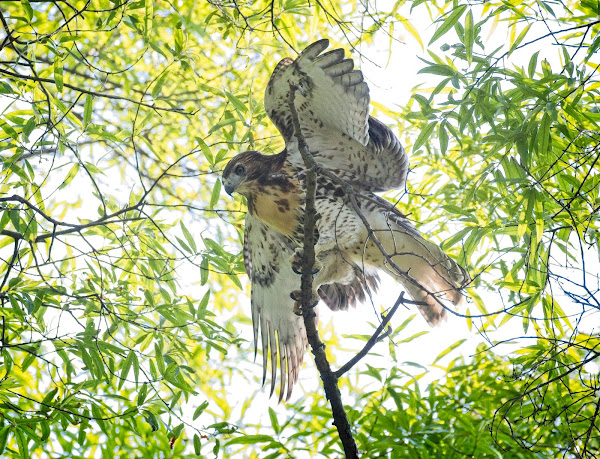 At this stage, the fledglings are still reliant on their parents for food. Christo usually catches prey, then delivers it to Amelia to feed the kids. He also feeds them himself.

Below, Amelia (on the right) holds a rat that was just dropped off by Christo while one of the fledglings creeps up on the left. 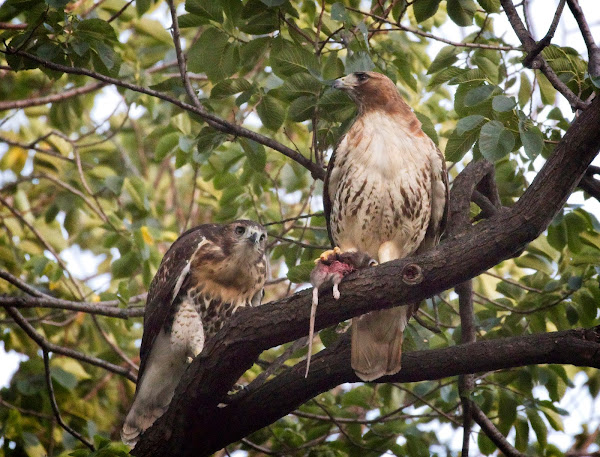 Amelia proceeds to prepare the rat for dinner. 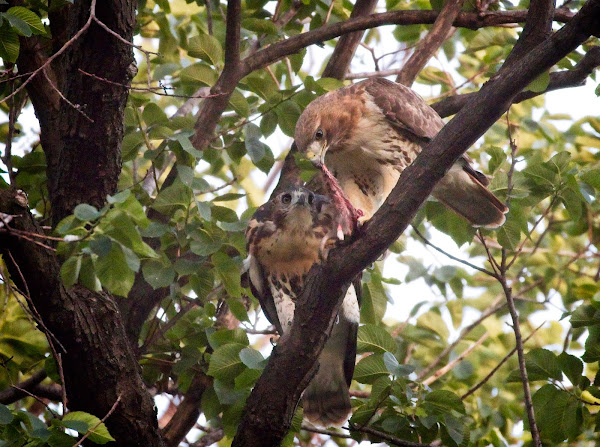 Here is some video of Amelia and the fledgling sharing the meal. Beware - things get a little gory!

Here is video of one of the fledglings playing with a squashed paper cup in the skateboard area the other day. The loud city life in the background gives it some context.

This video shows Christo and both fledglings in the park the other night. I was hoping Amelia would enter the frame, but she was resting in a nearby tree at the time.

Posted by Laura Goggin Photography at 11:58 AM