The day started badly.  I was walking down 7th Street when what felt like a bucket of paint hit me from above.  Bird bombs!  I had bird crap all over my camera, down the front of my clothes and in my hair.

Many thanks to the very nice woman walking down the street who helped clean the mess out of my hair.  She told me being crapped on by birds is a blessing.  Hmm.

But she was right as I later saw the Tompkins Square hawks do some fascinating things.  Their first chick hatched Thursday morning and, since then, Christo the male has wasted no time stacking up several rats in the nest.  All those carcasses pile up, so he and Dora both took it upon themselves to tidy up the nest this afternoon.

Here, Dora removes the remains of a dead rat. 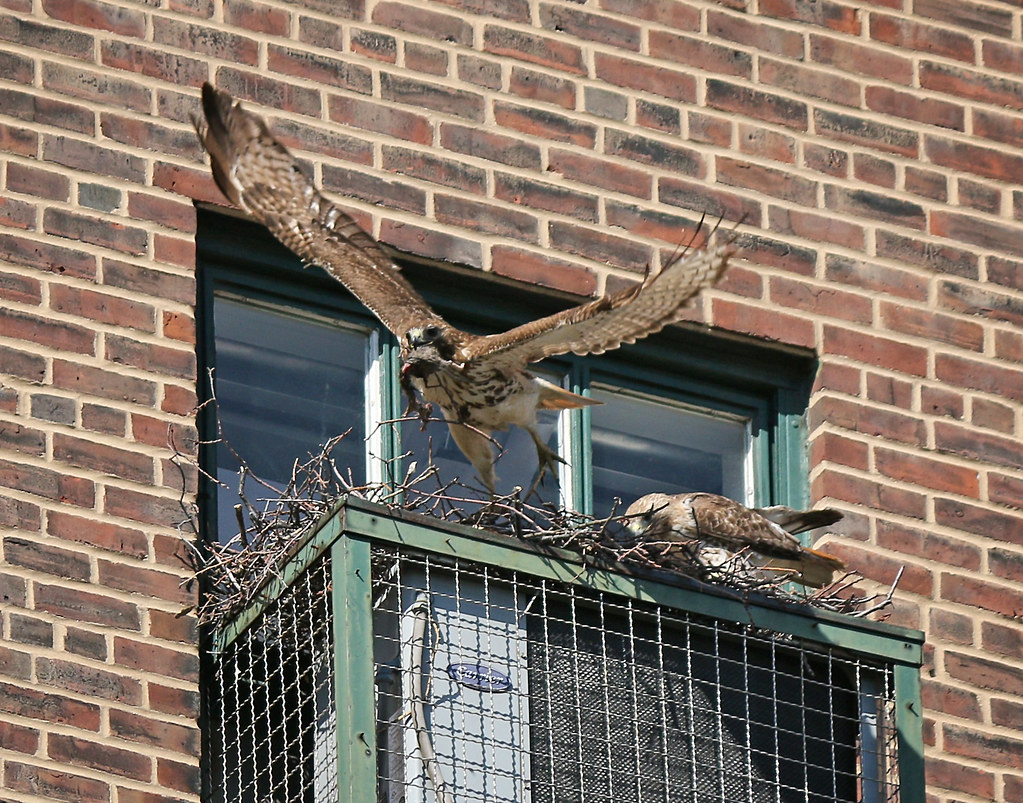 You can see Christo in the background with a little piece of meat in his beak.  He took over feeding the kids while Dora was out. 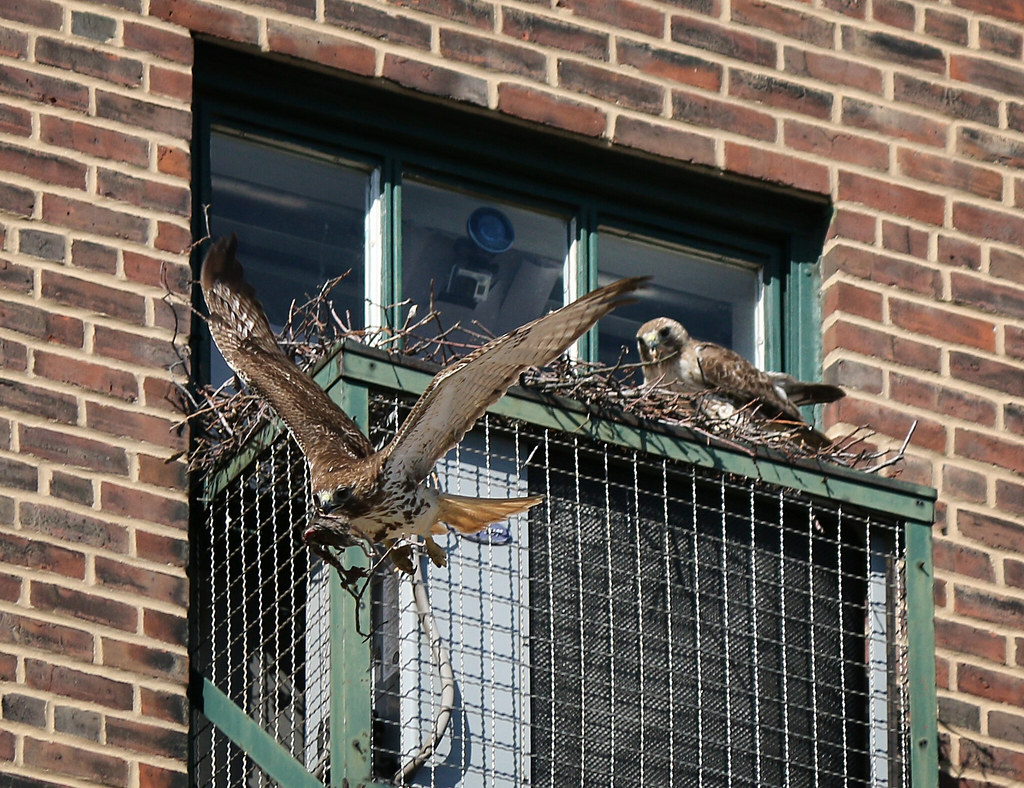 Both hawks worked to clean up the nest.  They flew the rat corpses to the middle of the park and dumped them on the grass.  Sunbathers, take note!

You can see the difference in coloring of the birds below.  Dora, on the left, is much darker. 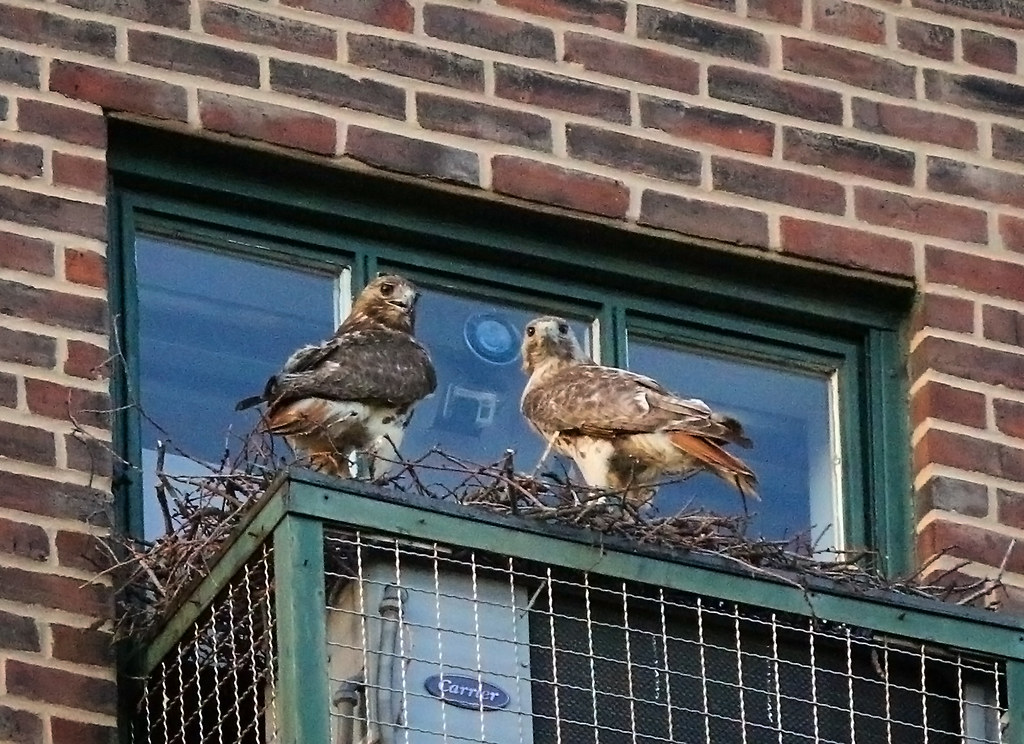 It was cool to see these wild birds working together to accomplish a task.  They seem so organized, taking turns feeding and watching the kids, and taking care of their nest.  The more I watch them, the more they surprise me.

What started out as a crappy day ended on a high note at sunset... 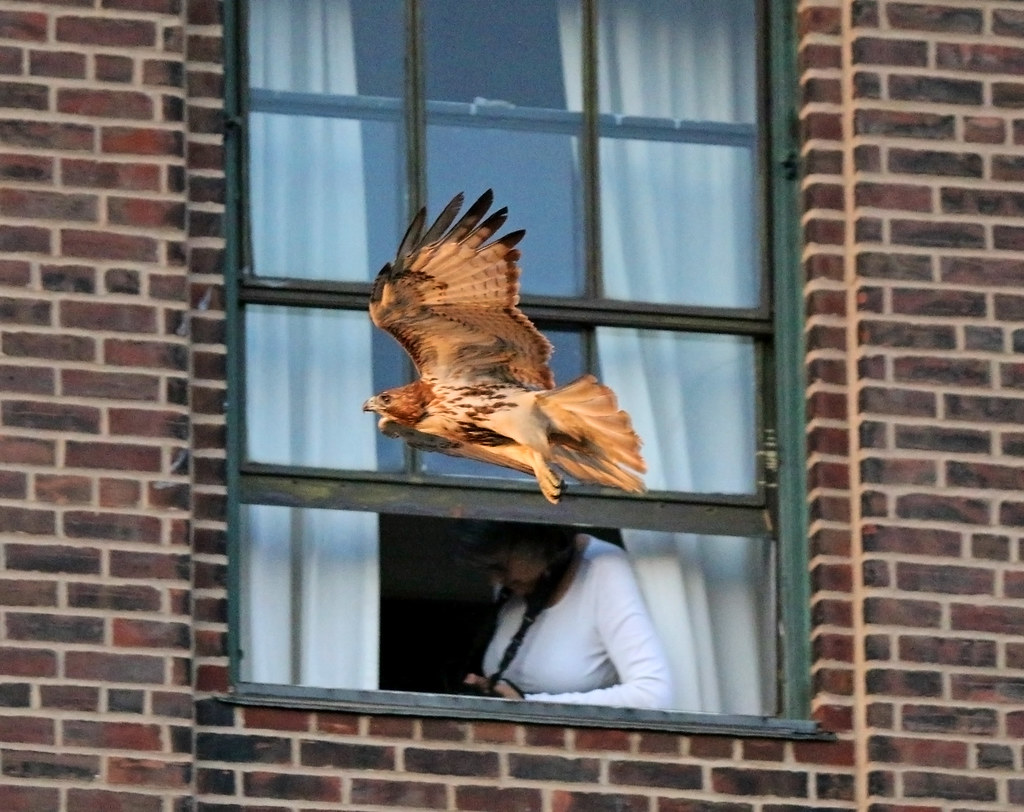