I like to think that hawks are Nature's perfect killing machines, swiftly catching their prey and putting the victim out of its misery before it even knows what hit them.  But, hawks are not perfect and they do make mistakes.

Today I saw Christo masterfully catch a pigeon out of the air, only to watch in horror as he failed to quickly kill it.  He apparently had the pigeon by the foot and was unable to get a better grip, so he flew it to a tree and waited while it flapped around, trying in vain to escape. 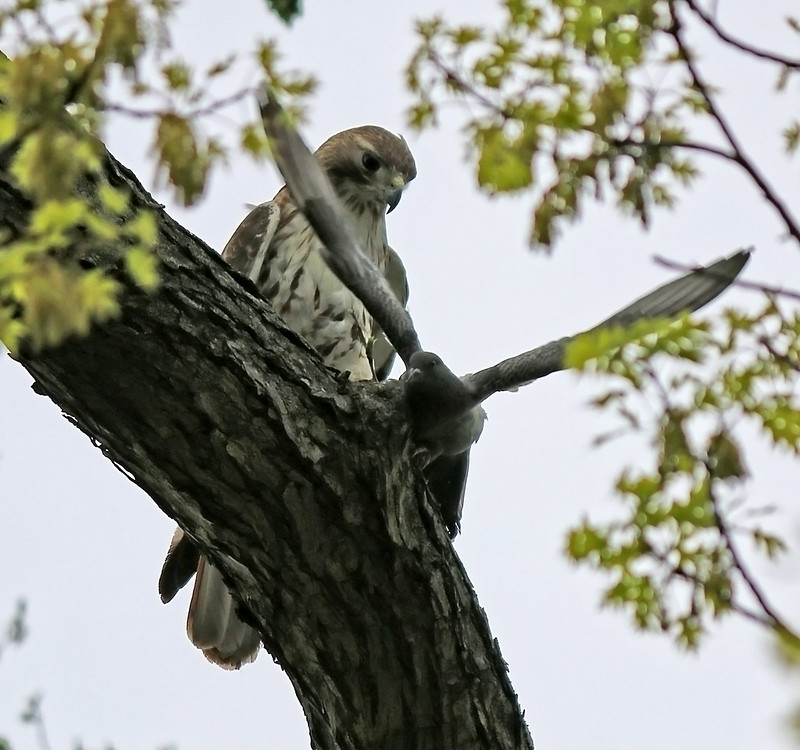 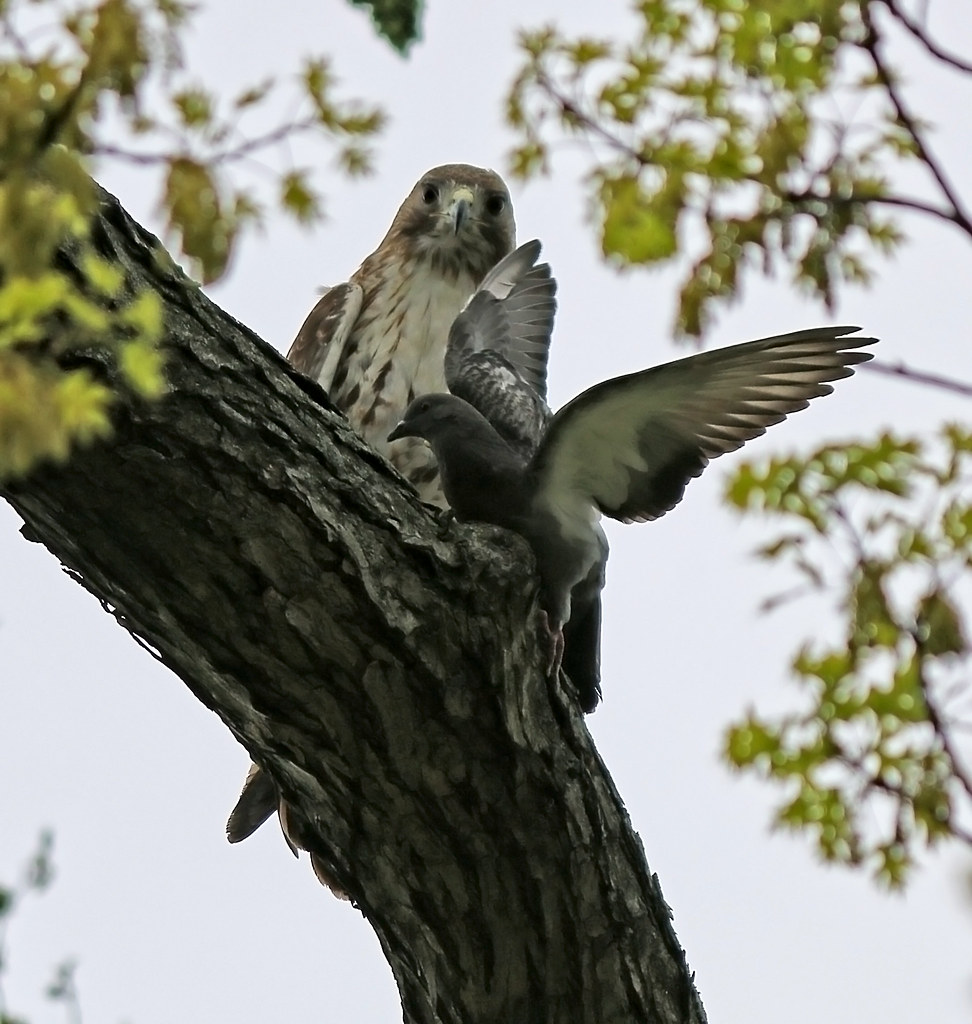 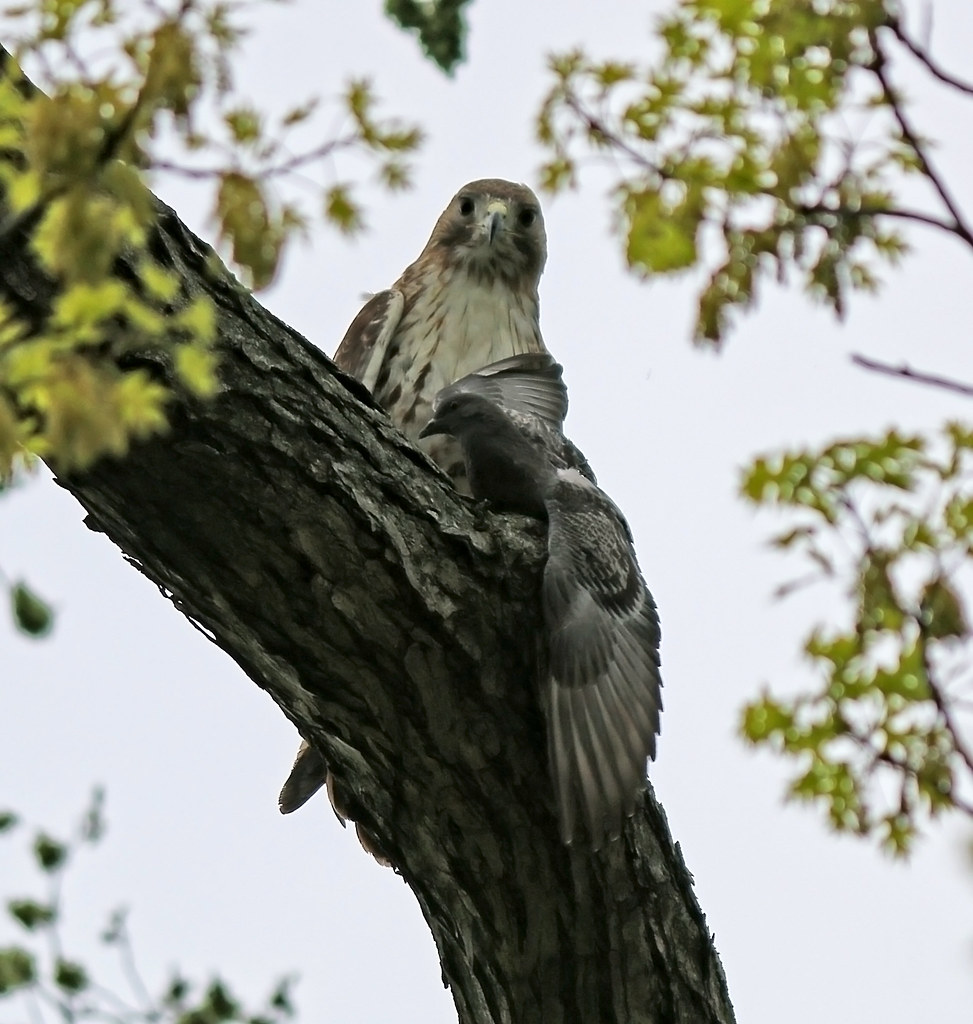 The struggle went on for at least ten minutes and, for a moment, it looked like the pigeon was going to make it... 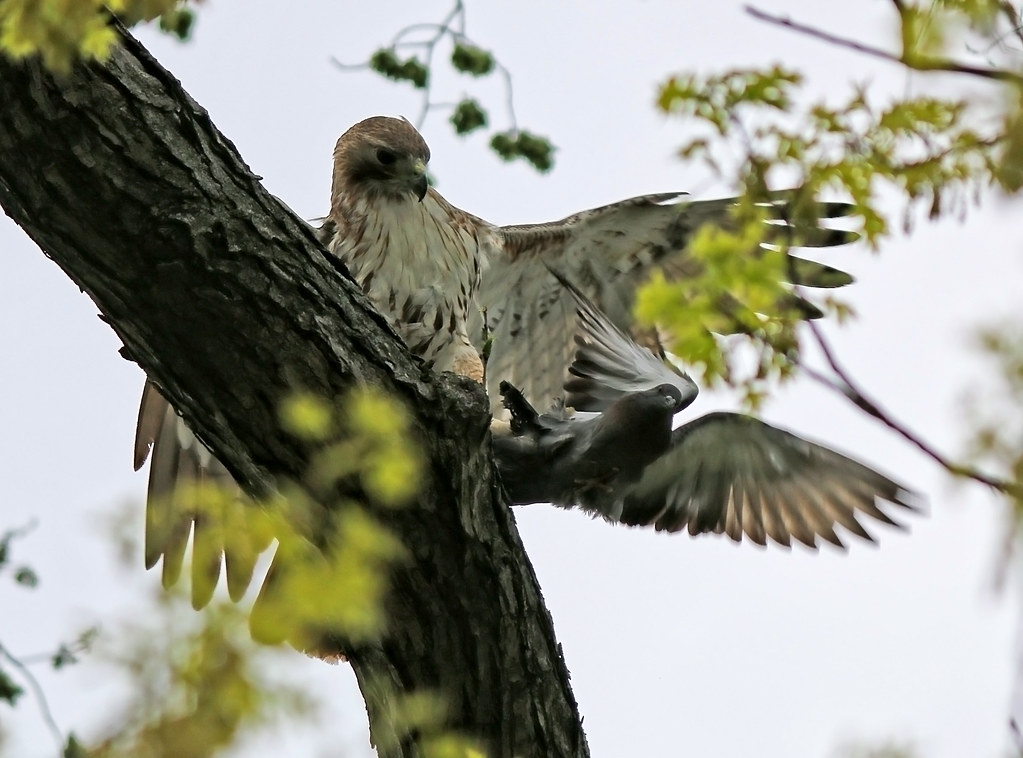 That didn't happen.  However, I have seen pigeons get away before.

Here, the pigeon looks resigned to its fate. 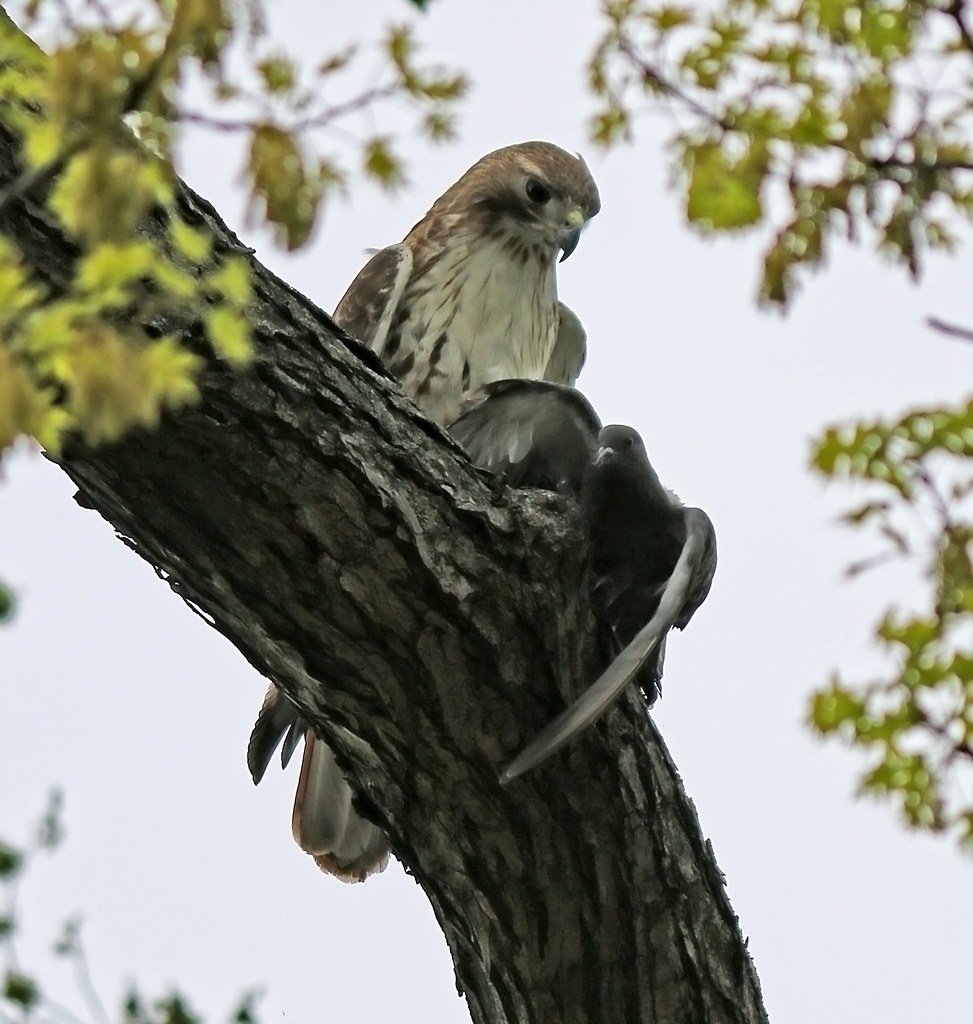 I actually had a difficult time going through my photos as many are too disturbing.  I like pigeons - to me, they are innocents - so it's hard to watch one put up such a long fight and suffer. 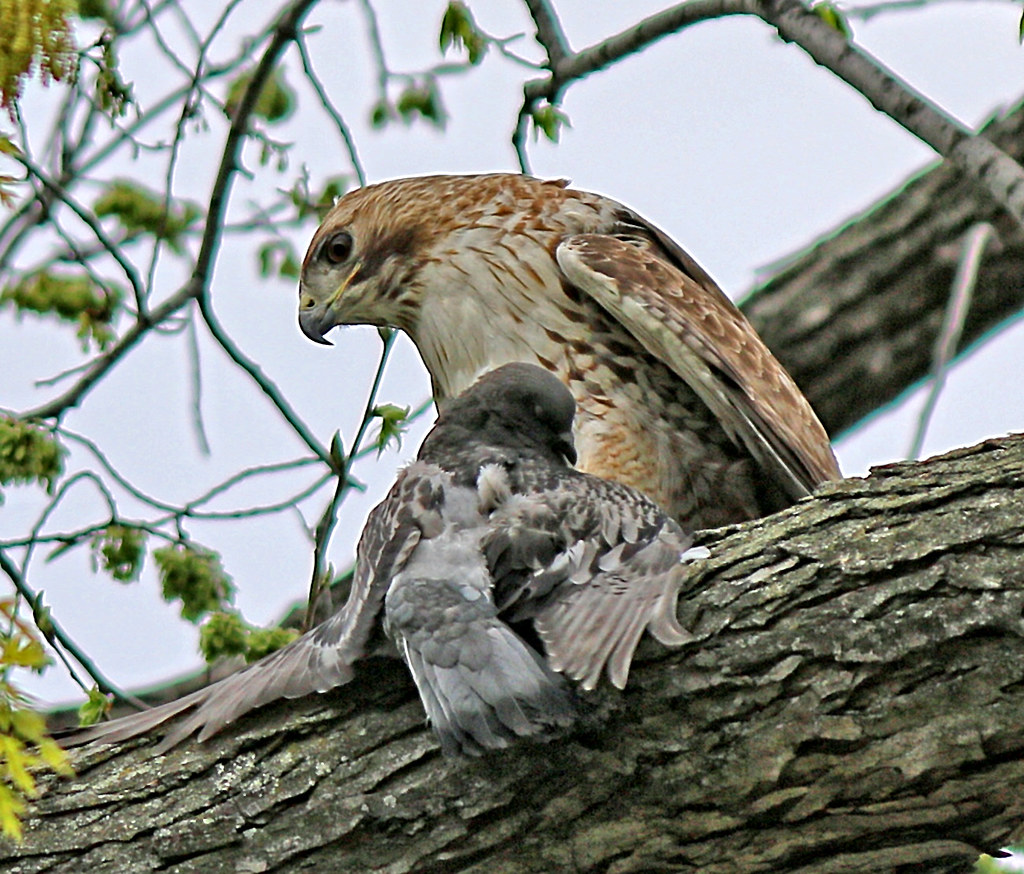 Christo experienced a little suffering of his own when one of the neighborhood bully blue jays showed up to torment him while he ate. 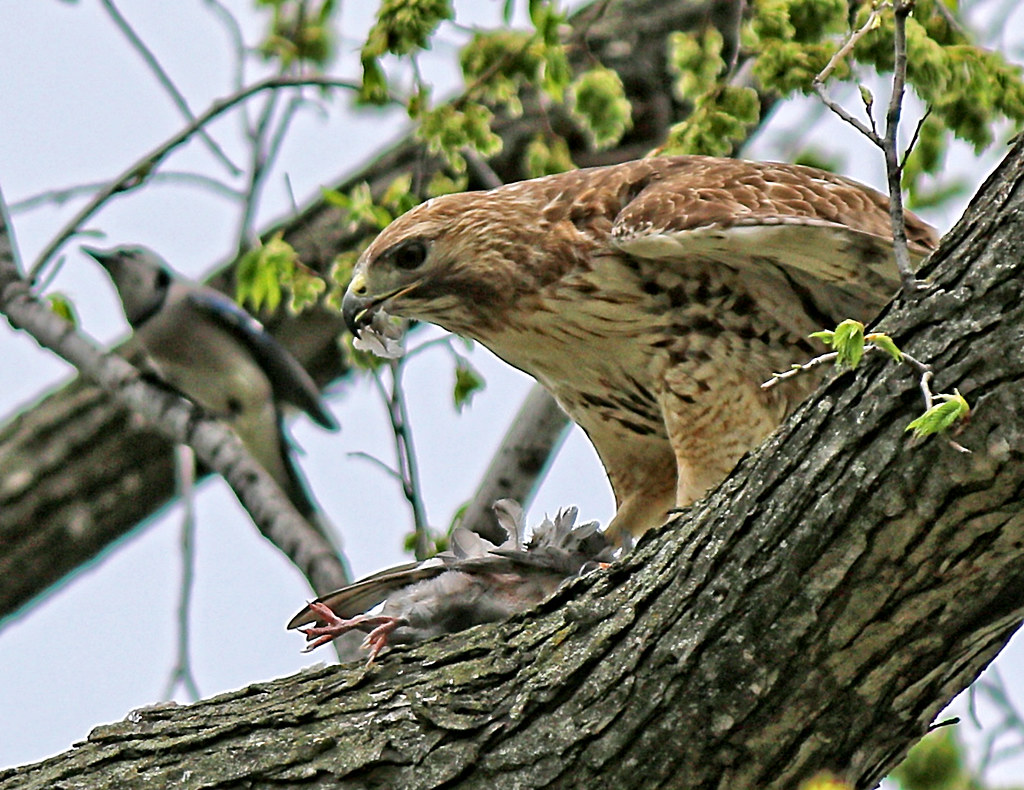 I can't end this on a bad note, so here's a pigeon in happier times...