Catching up with Christo and Dora

There's a lot of hawk action in Tompkins Square.  Christo and Dora are spending more time in the park and with each other.  The last few days have been a thrill to watch them hunt and interact with each other.

Here's Christo on one of his favorite lamp perches near St Brigid's. 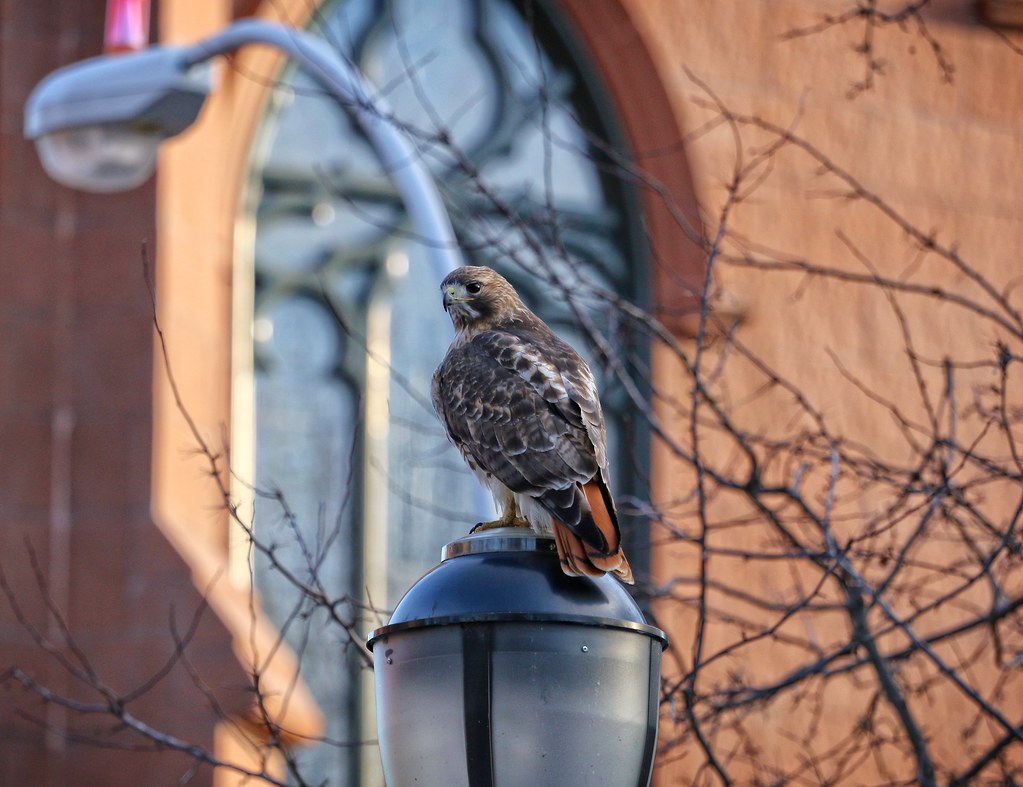 He sits on the lamps quite often, but I don't think I've ever seen Dora perch on one. 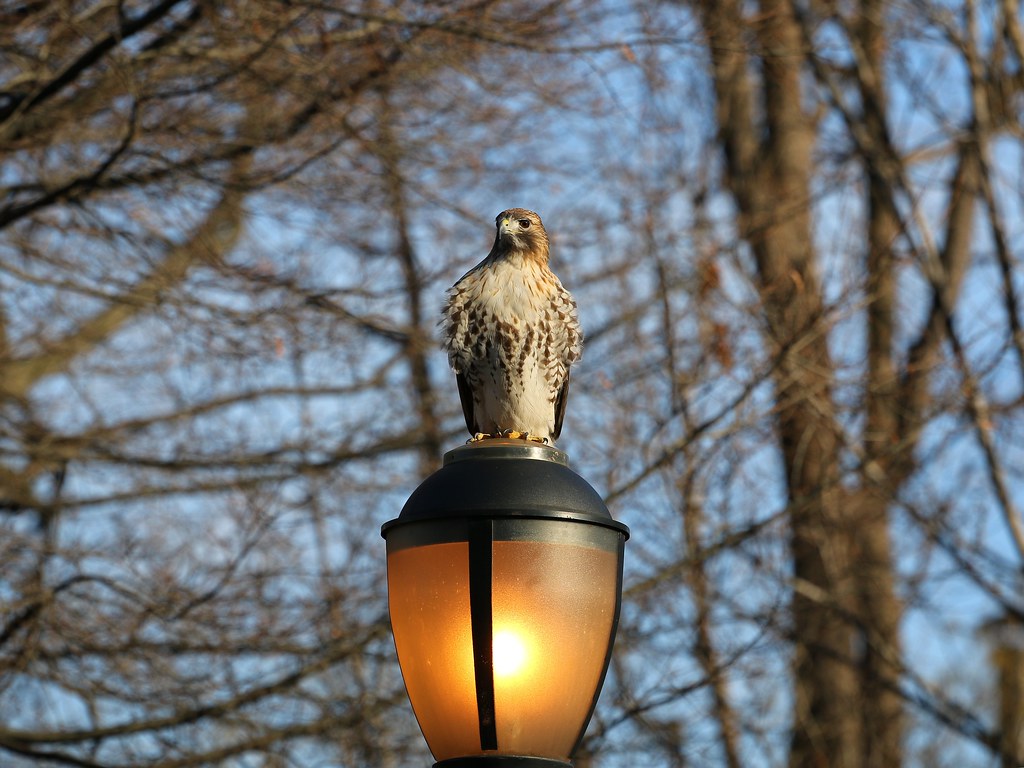 The same can be said for the fences - Christo seems to have no fear being down low and near people, but I don't think I've ever seen Dora sit on a fence or bench.  That's not to say she doesn't do it, but she seems to stay above head level. 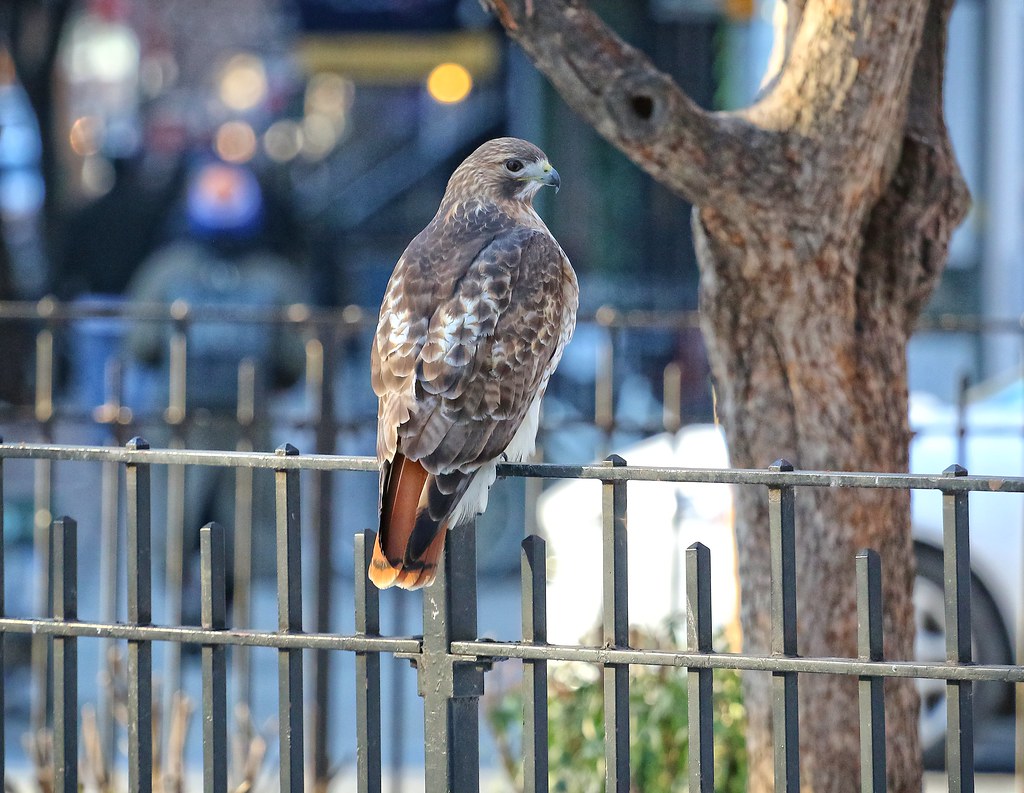 Christo leaps from a fence in the late afternoon sun. 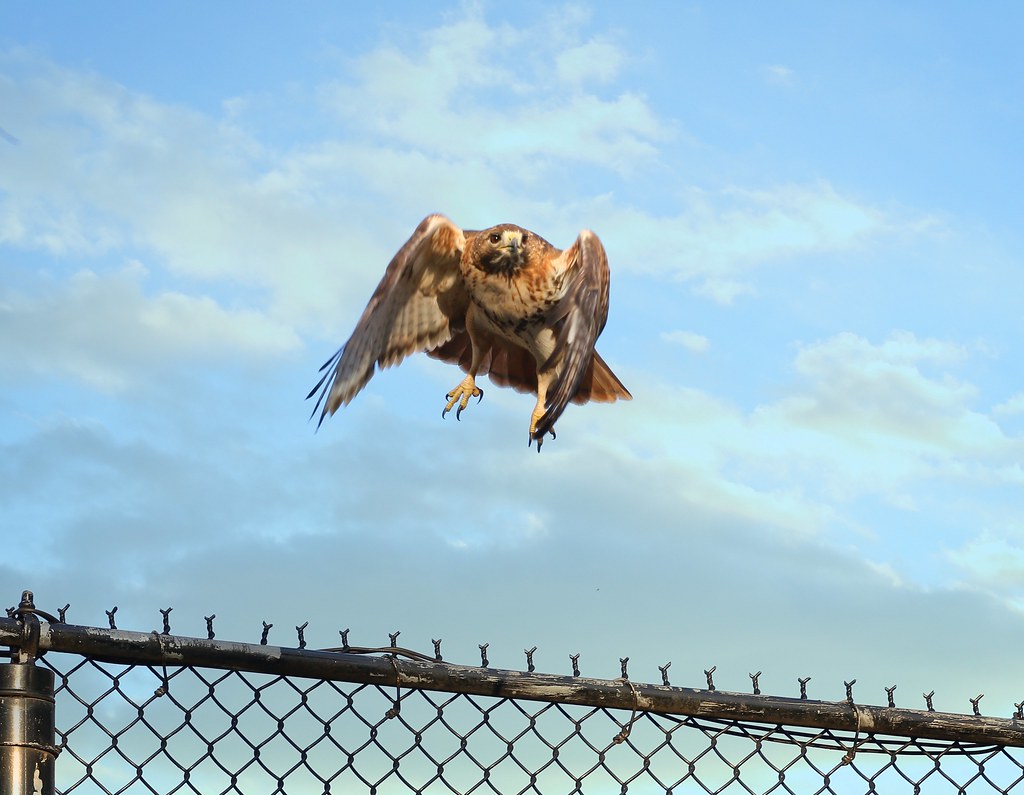 Here they are together and you can see the difference in their coloring - Dora is on the left and Christo is on the right.  He has a very golden head while Dora is darker.  She is also larger and has a rounder face. 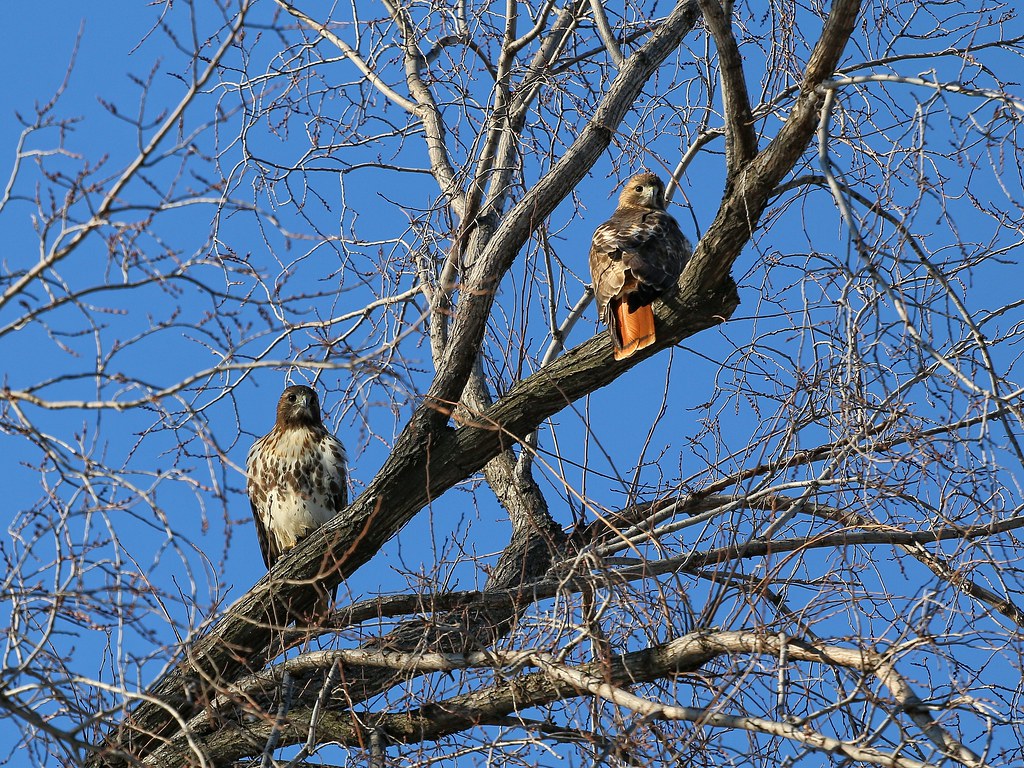 I watched Christo actively hunting one afternoon, but after failing to catch anything, he took a break and dug up some leftovers in the snow.  After snacking on what looked like frozen jerky, he resumed swooping around the park.  Later, as Dora ate a rat on a branch, Christo cleaned up the scraps Dora dropped on the ground.  I love how neat and tidy he is. 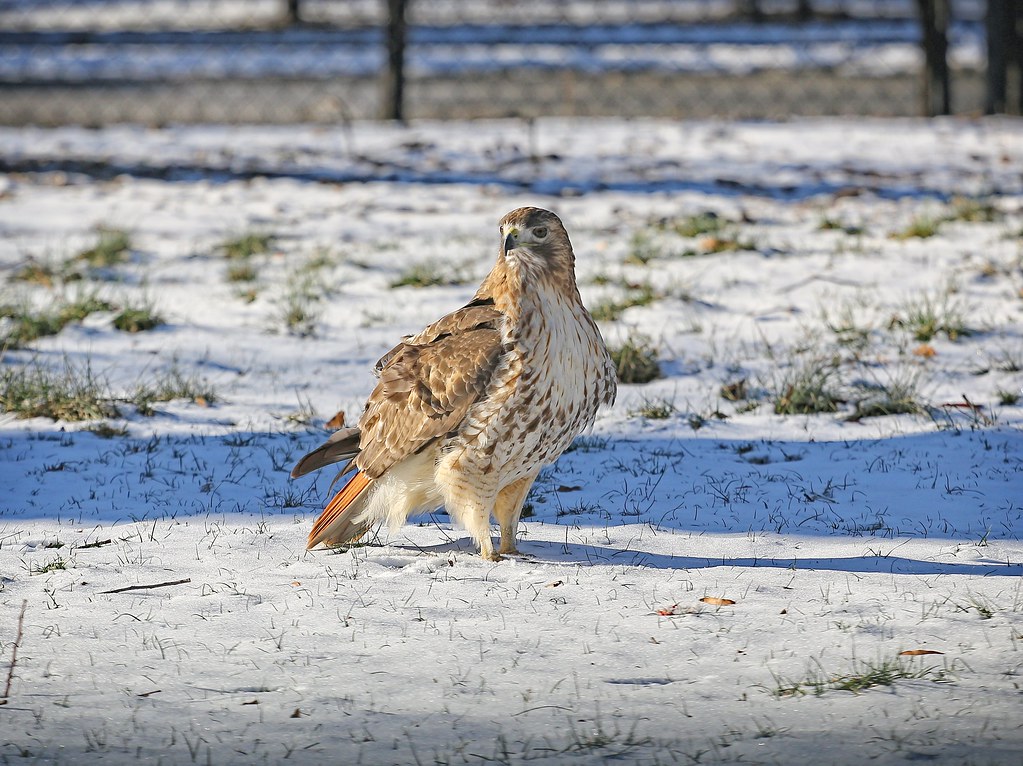 Meanwhile, Dora takes a rat on a sight-seeing tour of St Brigid's. 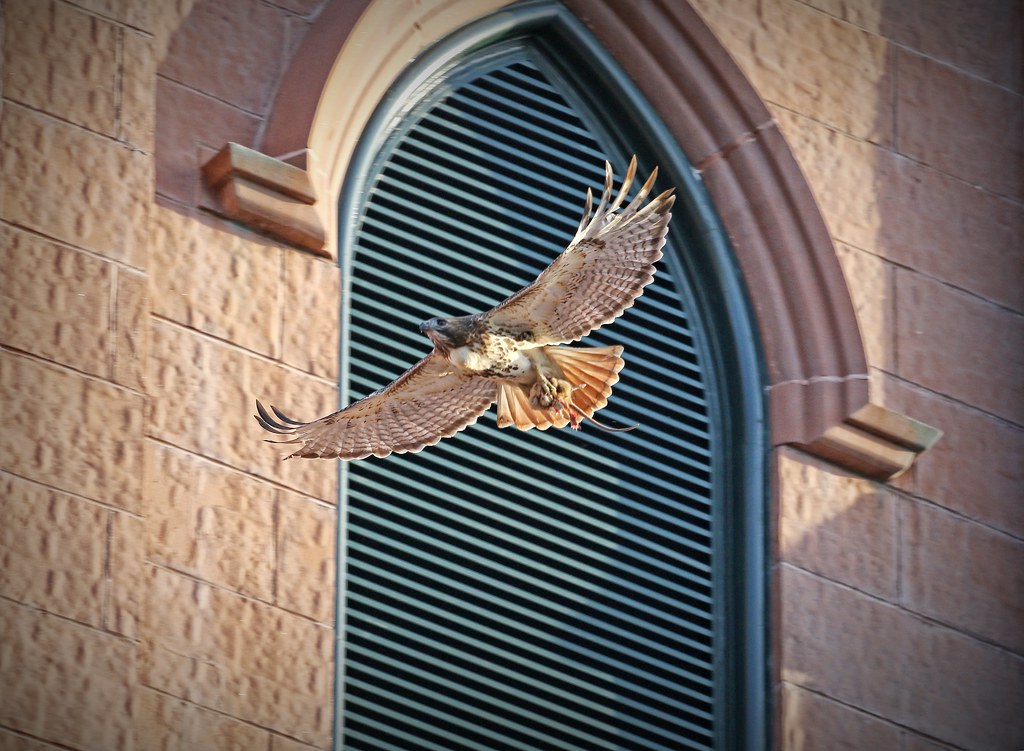 And Christo nabs another rat near the men's room. 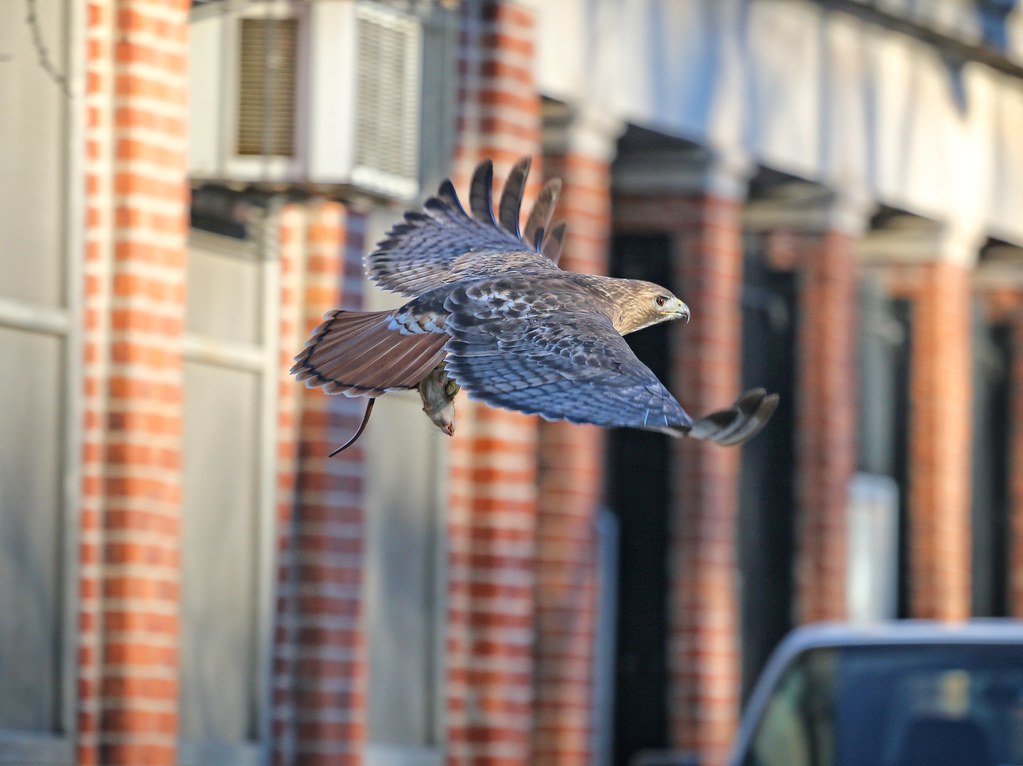 Playing around on a fire escape on 7th Street... 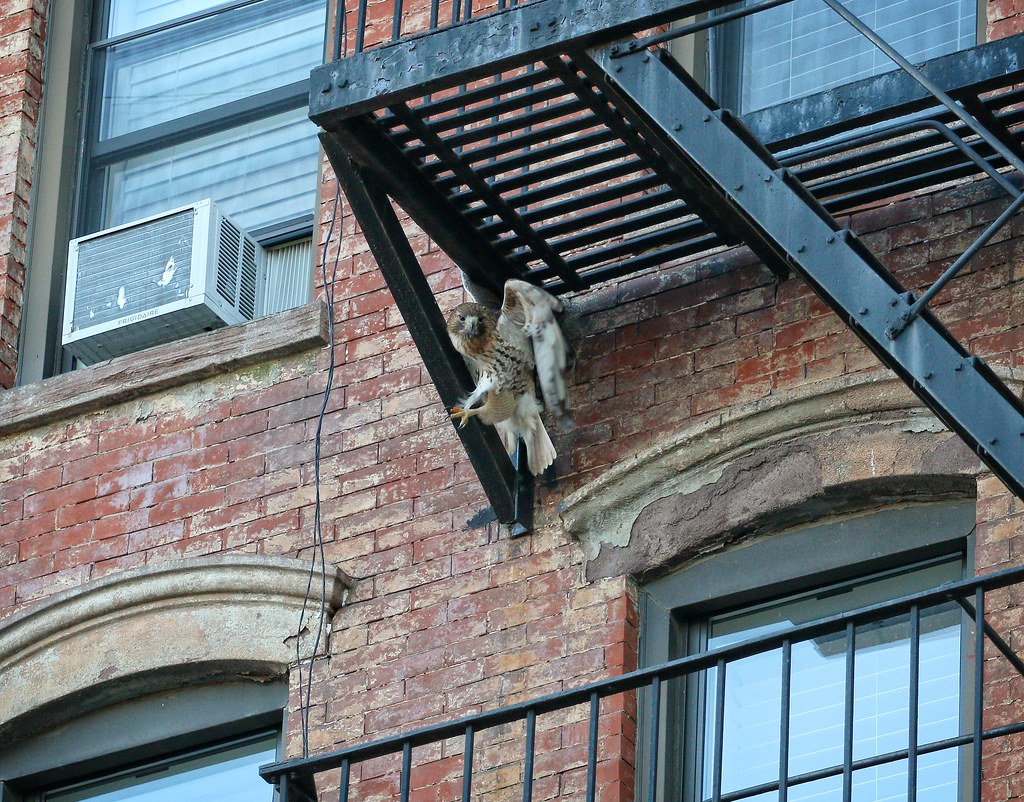 Christo has been roosting in the trees along 7th Street between Aves A & B.  I'm not sure where Dora goes at night, but I saw her settle into a tree late one evening near Ave B & 9th Street.

A parting shot of Christo.... 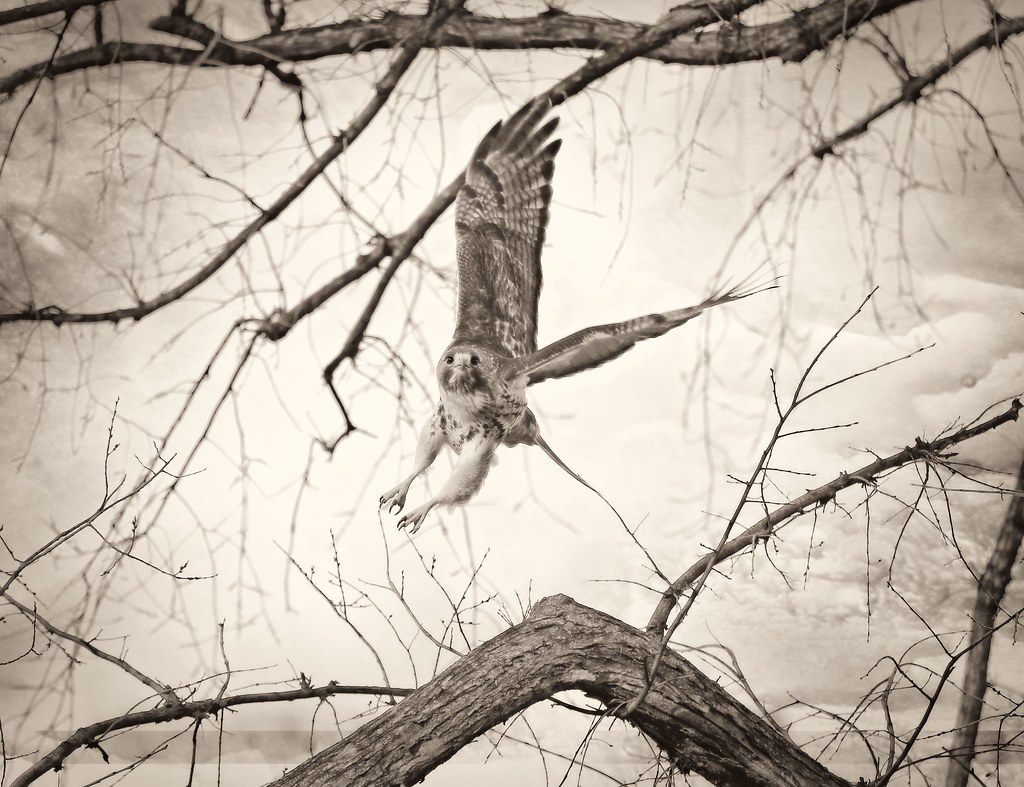