Feedings commence at the hawk nest in Tompkins Square

This last Saturday (April 23), I caught Dora in what appeared to be the act of feeding at the nest.  Her back end stuck out of the nest and she did the telltale head-bobbing, indicating at least one egg has hatched. 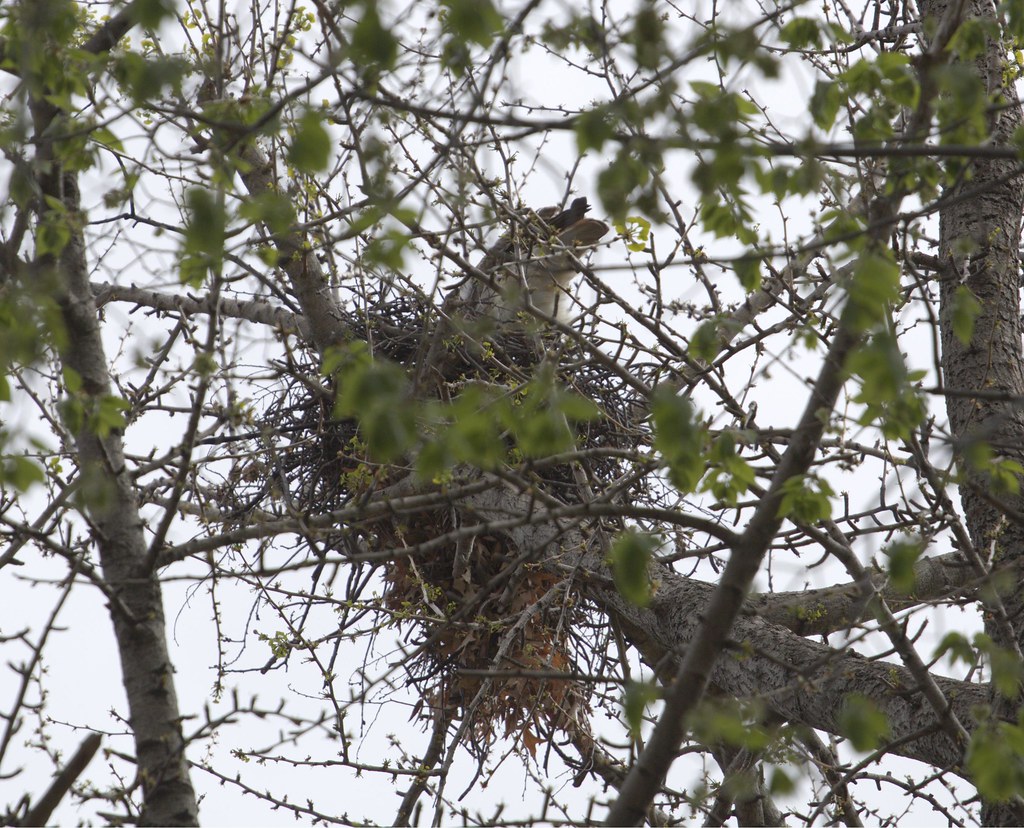 Meanwhile, Christo remained on guard at the nest.  At one point, he remained vigilant for a couple of hours. 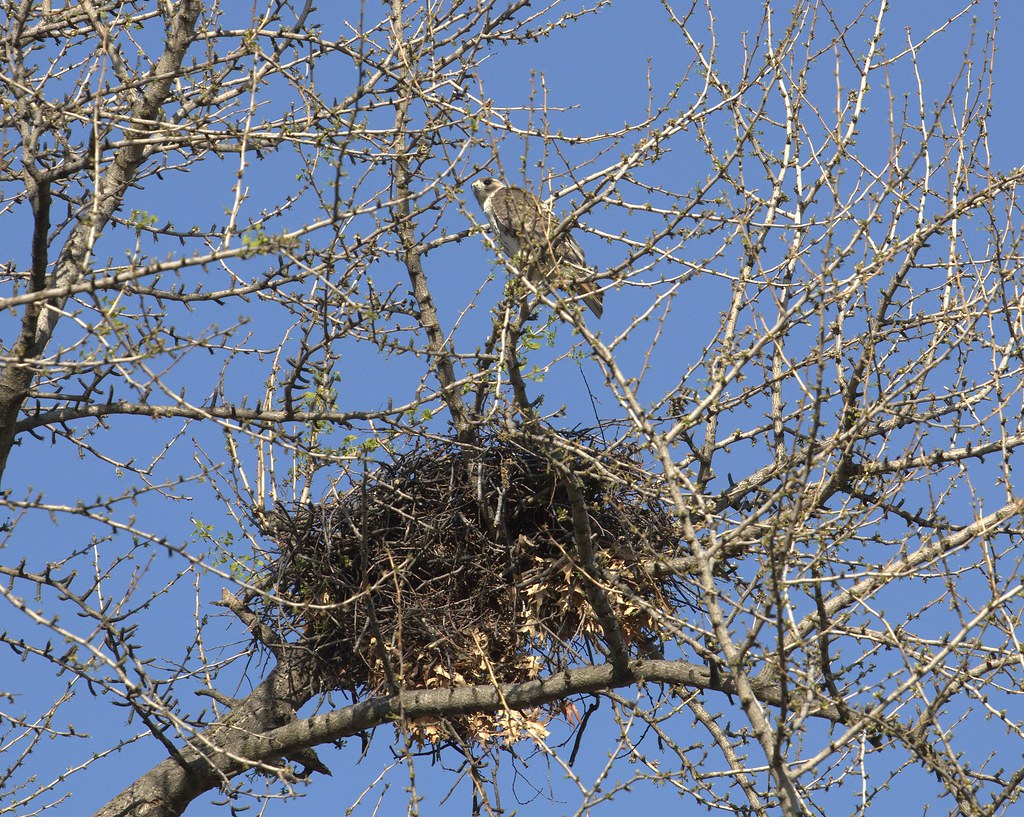 Dora eventually emerged to stretch, but did not fly off. 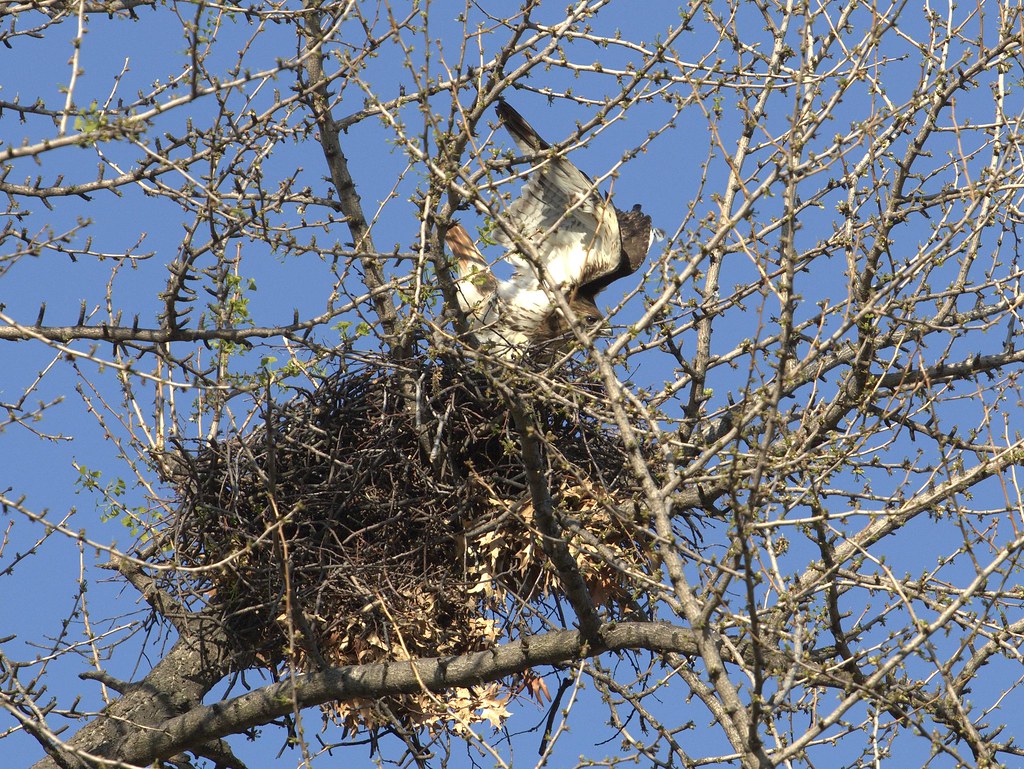 Here is the nest from a different angle.  Christo is on the branch to the right and Dora's dark head is barely visible above the rim of the nest. 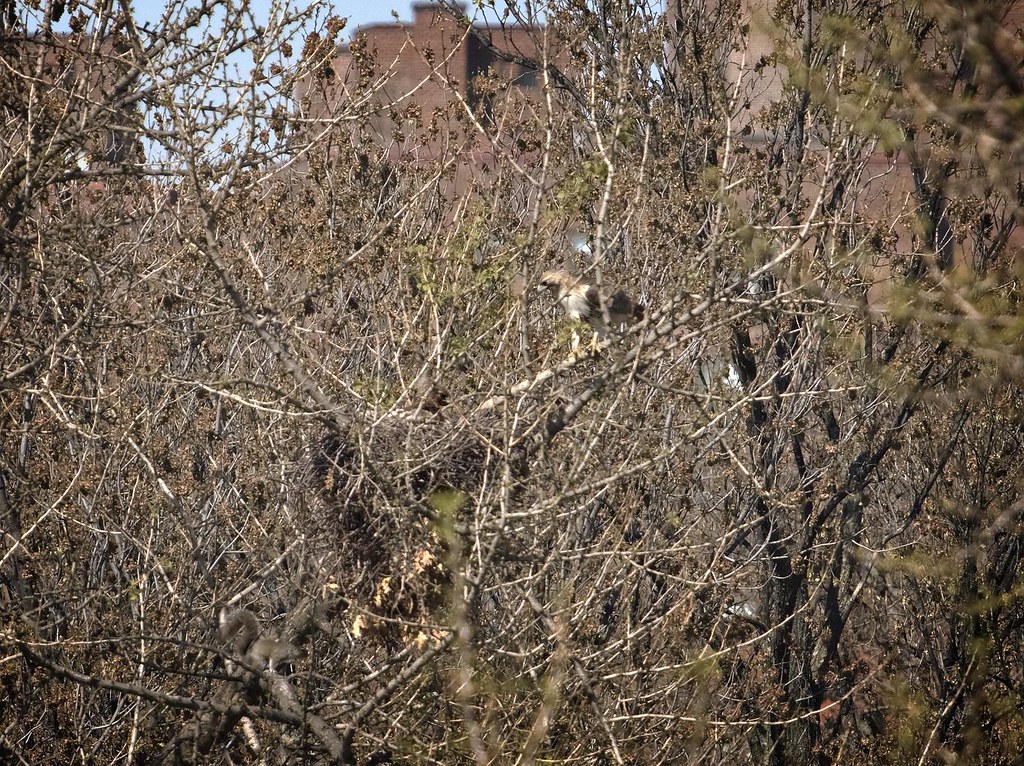 Christo made several food deliveries to the nest.  Here, he grabs an adult starling from the ground. 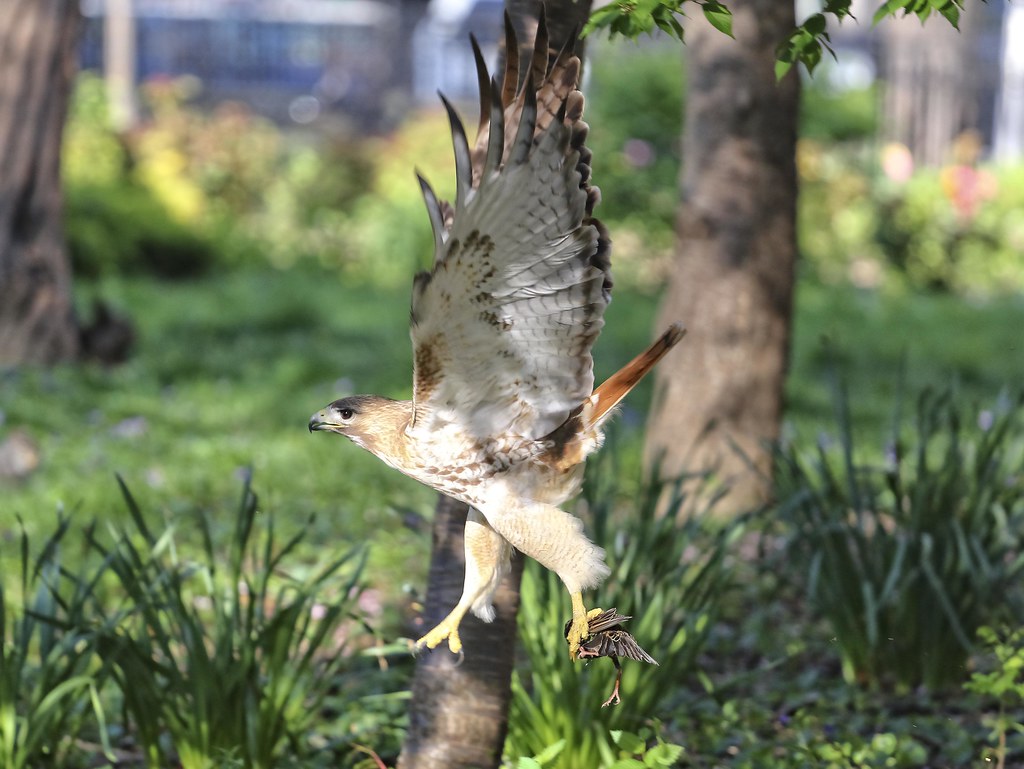 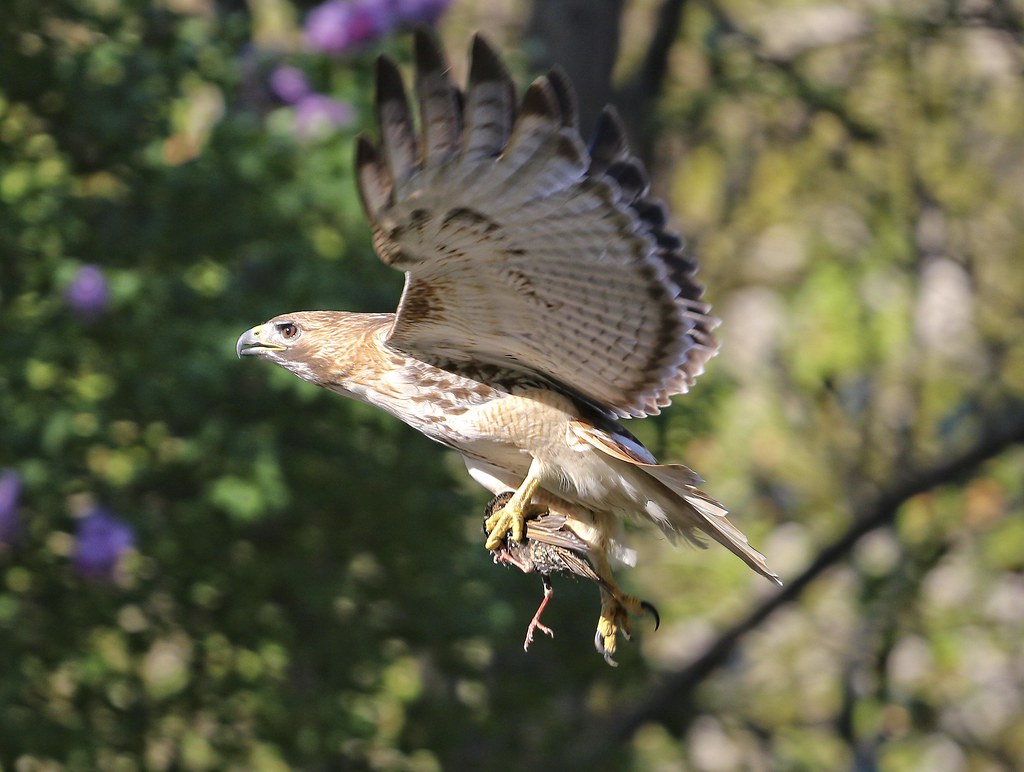 On Sunday, he caught and delivered a baby starling. 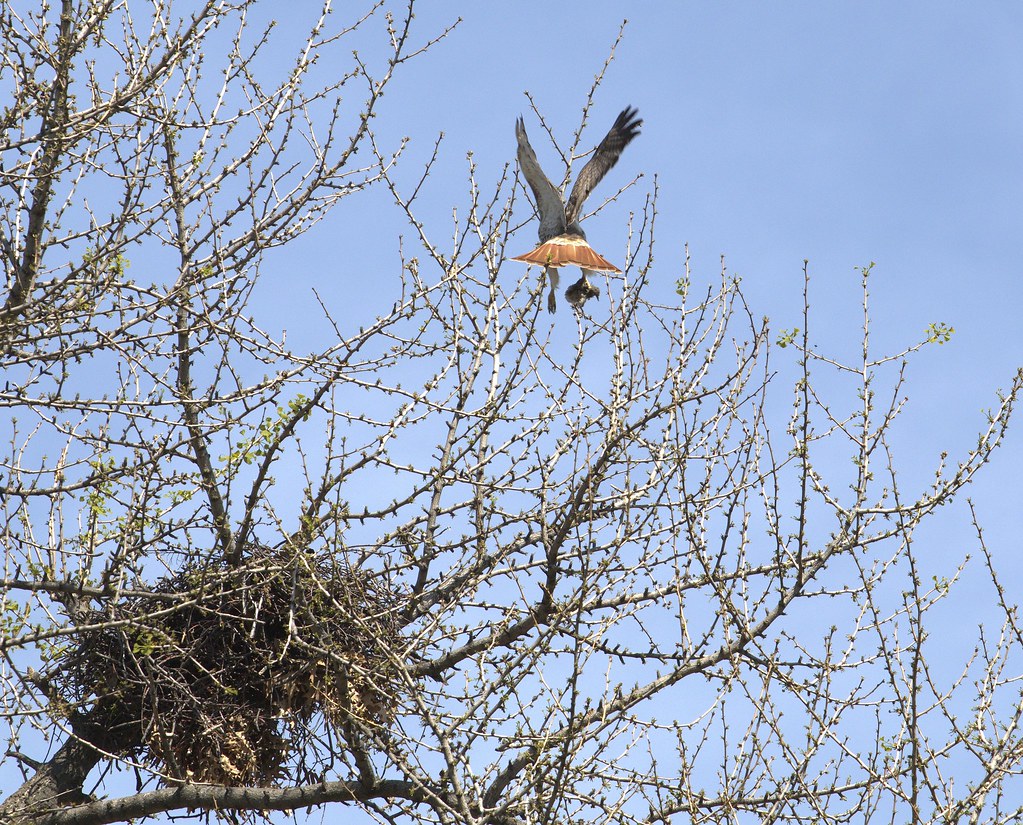 Later in the day, I saw him take up another adult starling, then raided a blue jay nest.  He seemed to be focused on small prey.

Below, Christo removes what I thought were leftovers. 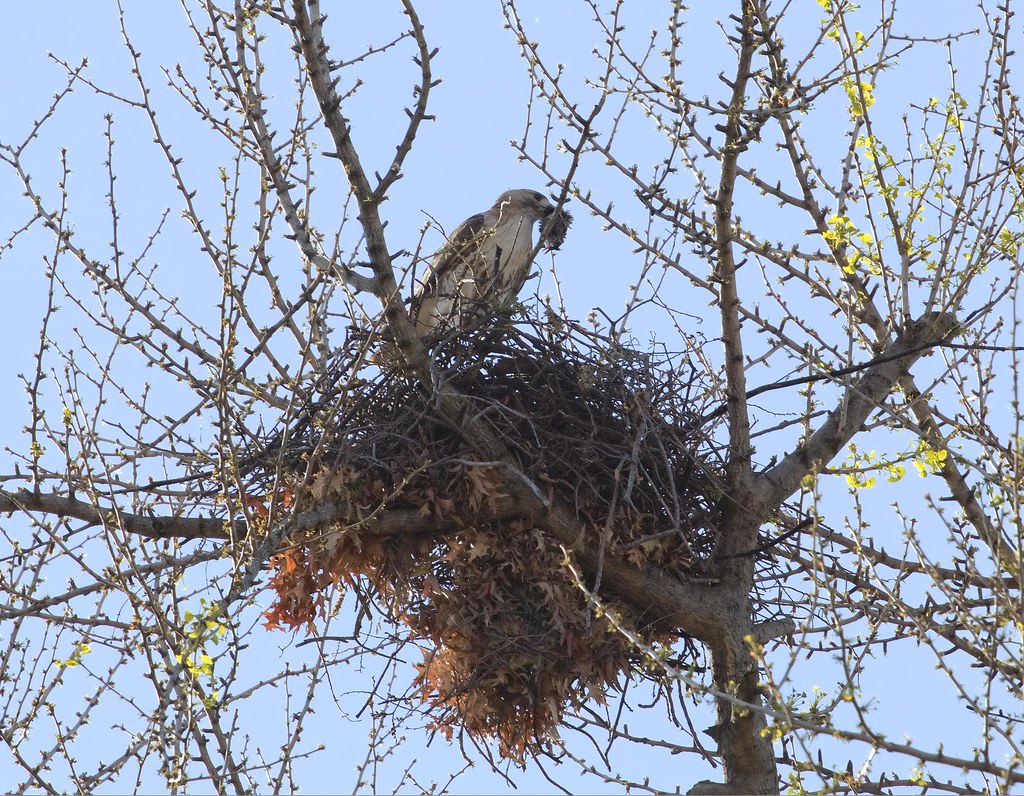 It turned out he just needed to prepare the food a bit more, so he took it to a nearby tree, plucked the feathers, then took it back to Dora in the nest. 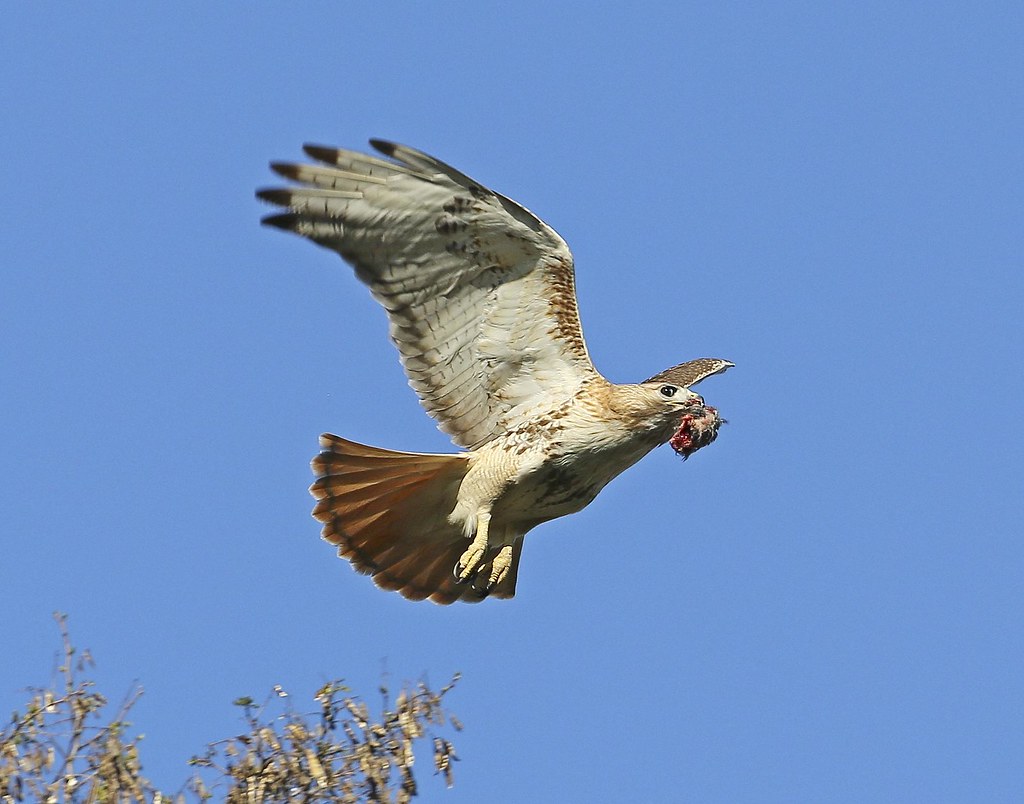 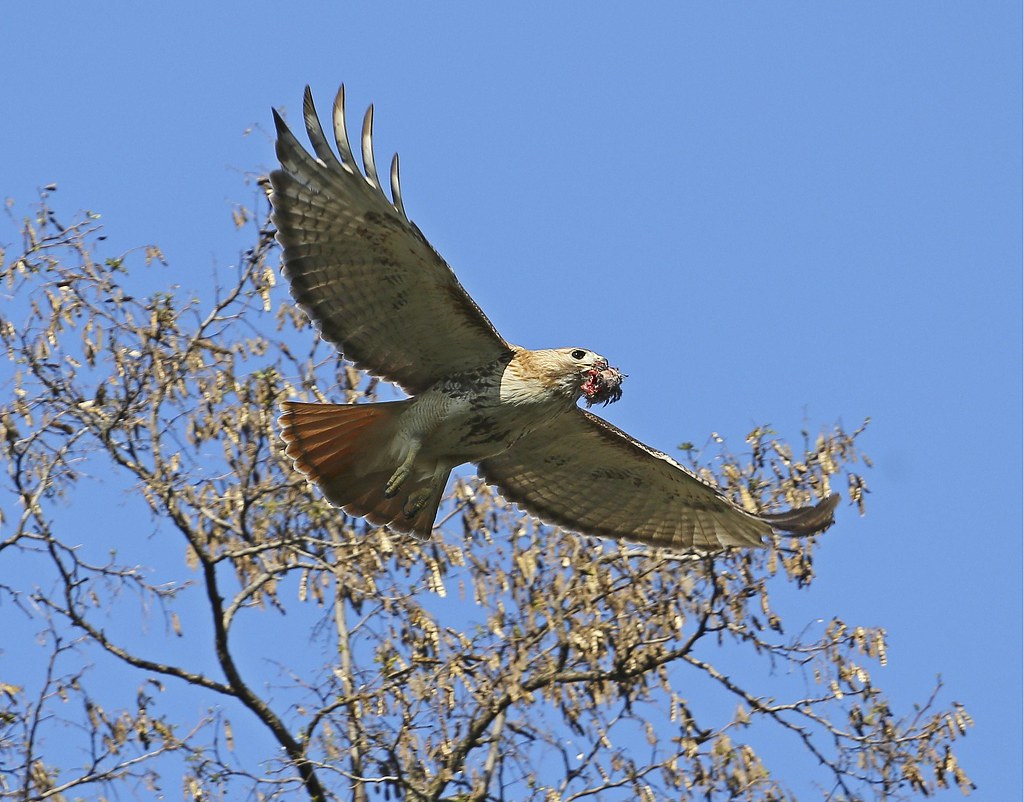 The two of them stayed on the nest for a really long time.  On Sunday, I didn't see Dora take a break until 7pm. 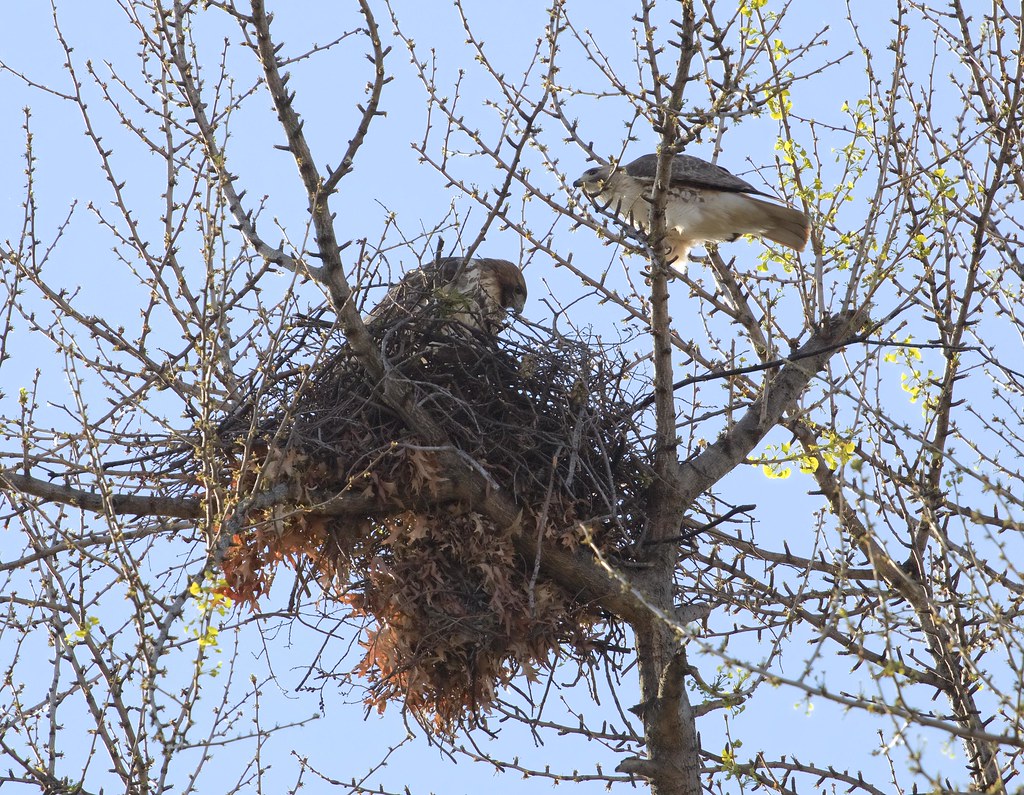 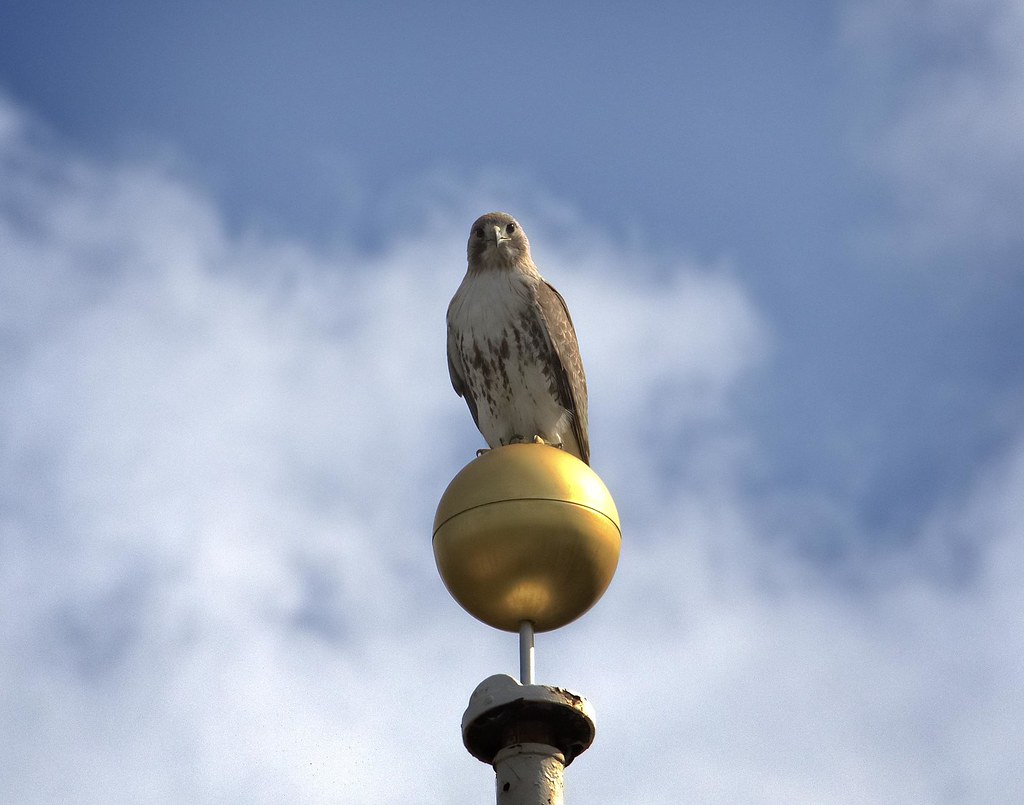 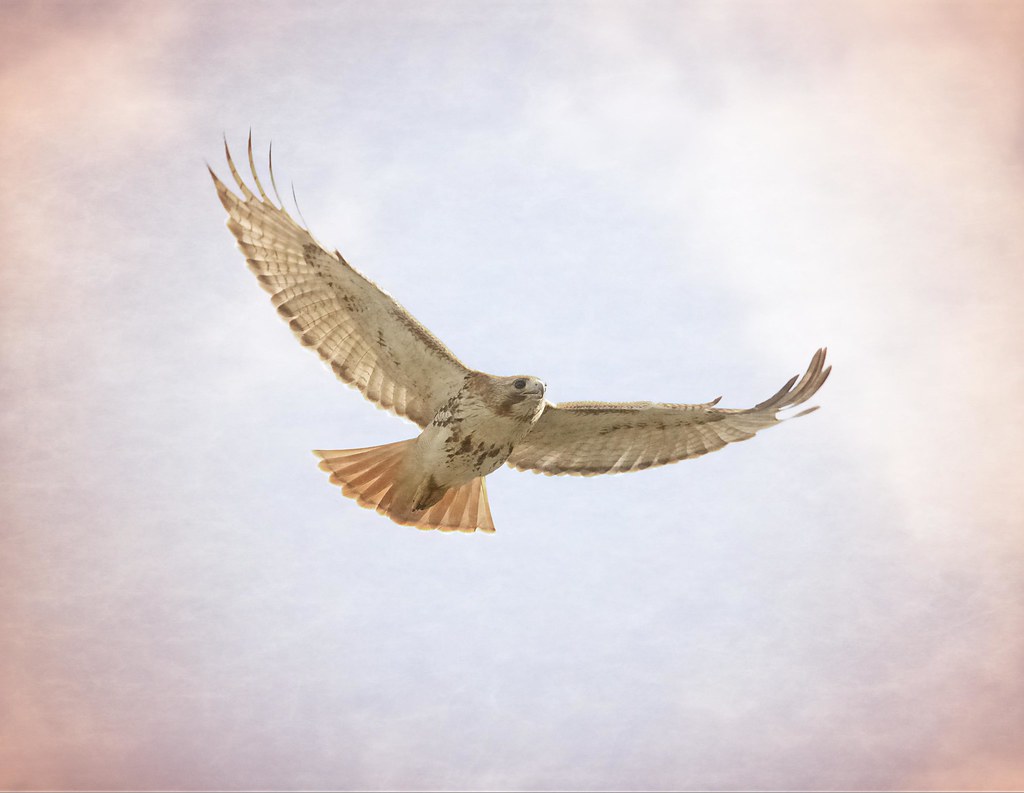 Based on previous years, if we assume the first hatch was on April 23, we can estimate fledge time to be in 45-50 days, which would be around June 7-12.

It will be interesting to see whether or not the ability to climb the branches of the tree will make a difference in the development of the young hawk(s) this time around.