On a blazing hot Sunday, there wasn't much to do except stay in the shade of Tompkins Square.  Christo and two of his kids spent several hours relaxing in the trees behind the park offices. 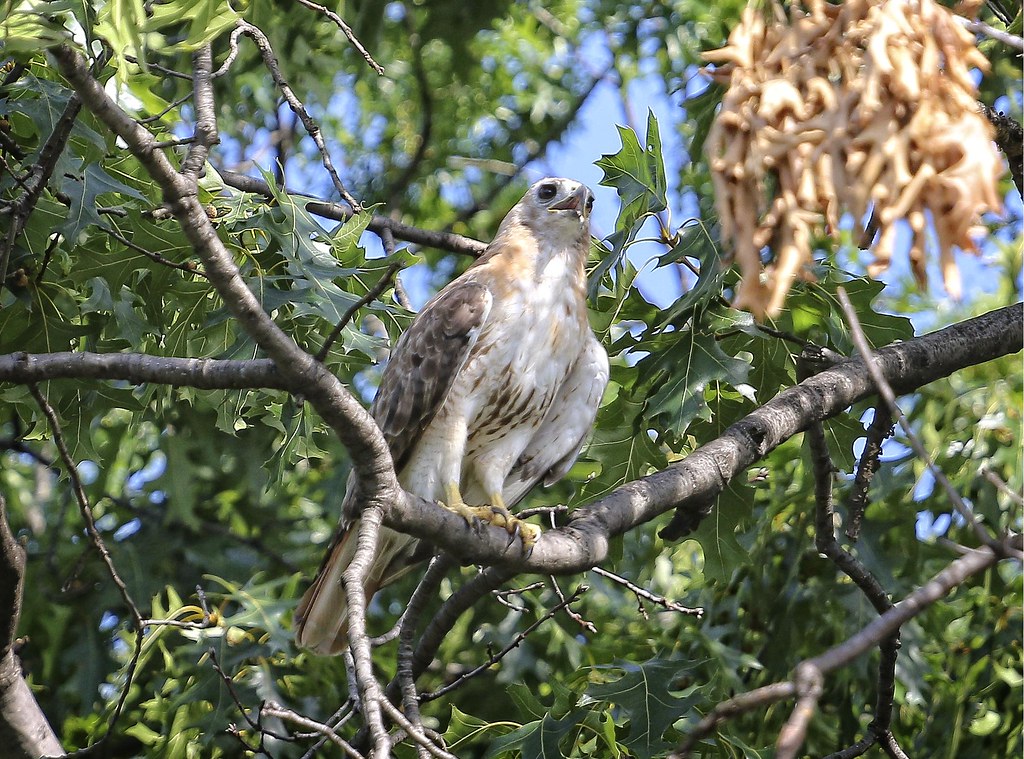 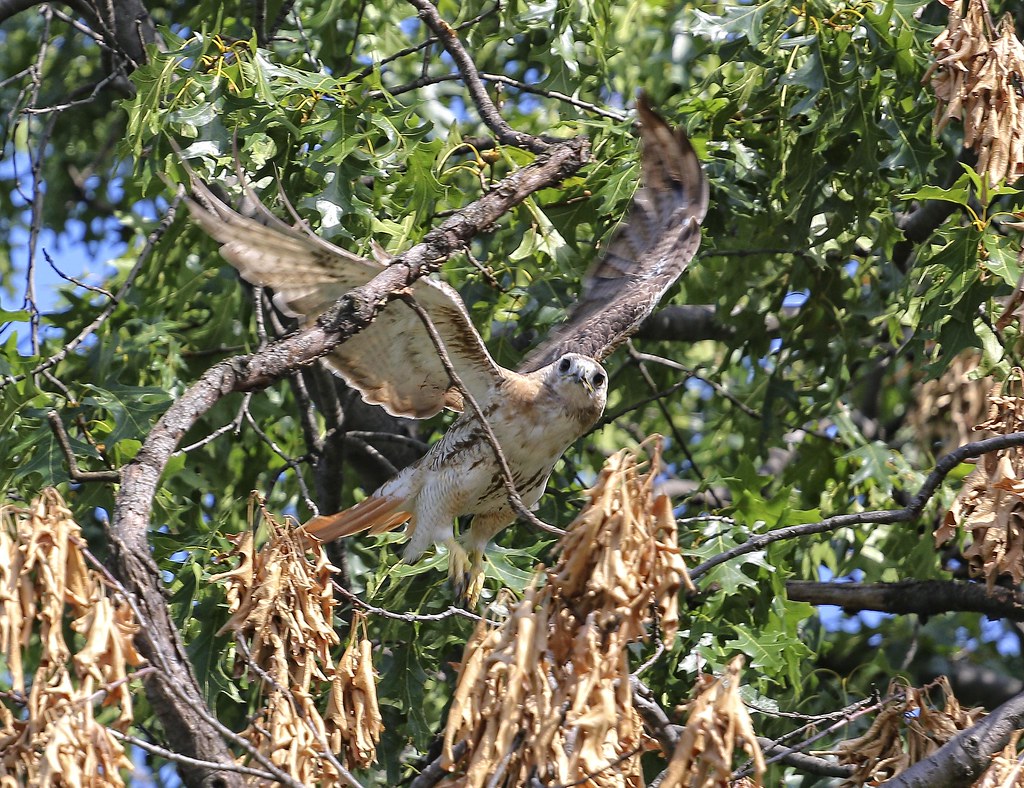 But, the kids had to eat, which meant work for dad.  I've still yet to see any of the fledglings catch, kill and eat prey on their own.  On this day, Christo brought a mouse into a tree and let the two fledglings compete for it. 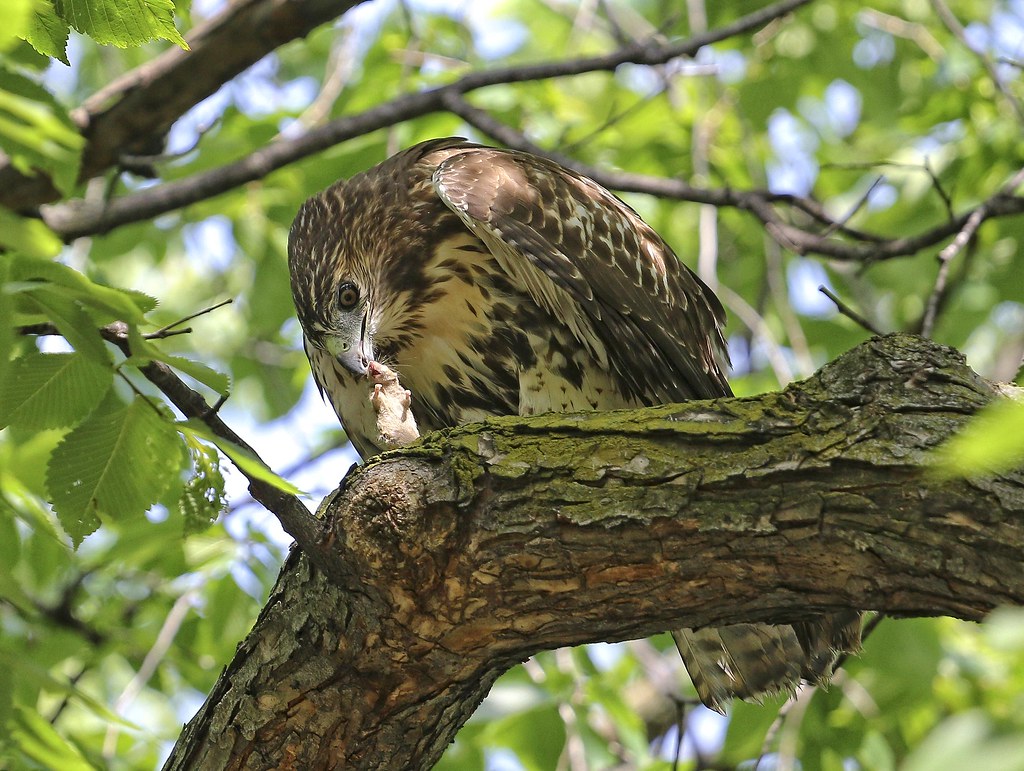 Check out the way the feathers on the hawk's face contort to make it look like some ancient creature. 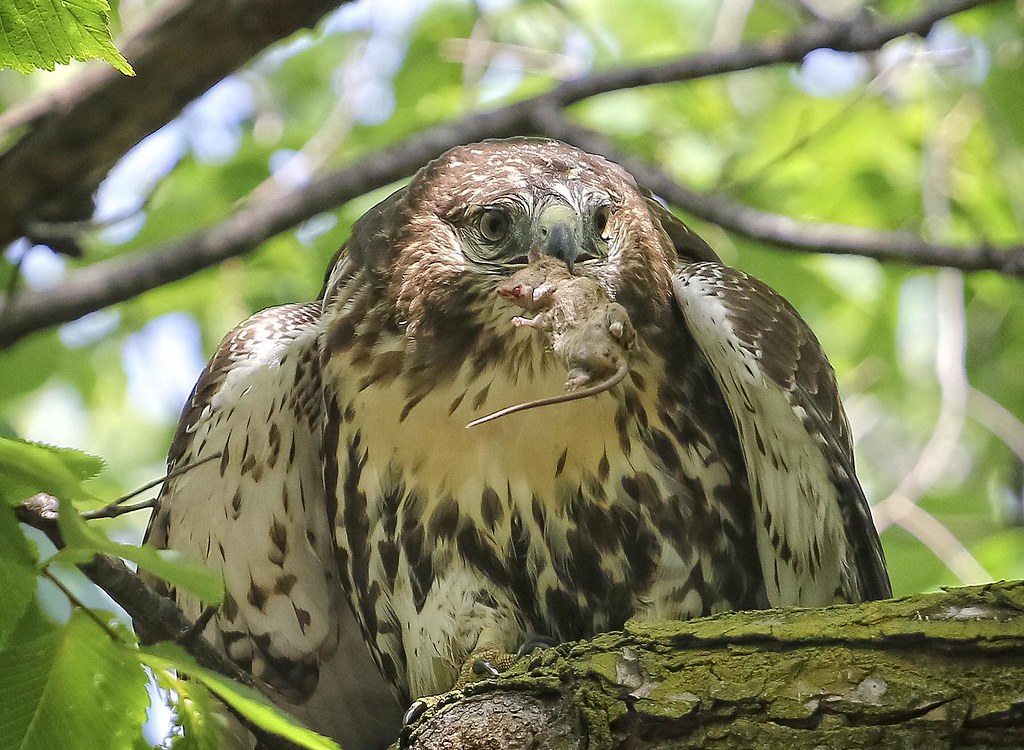 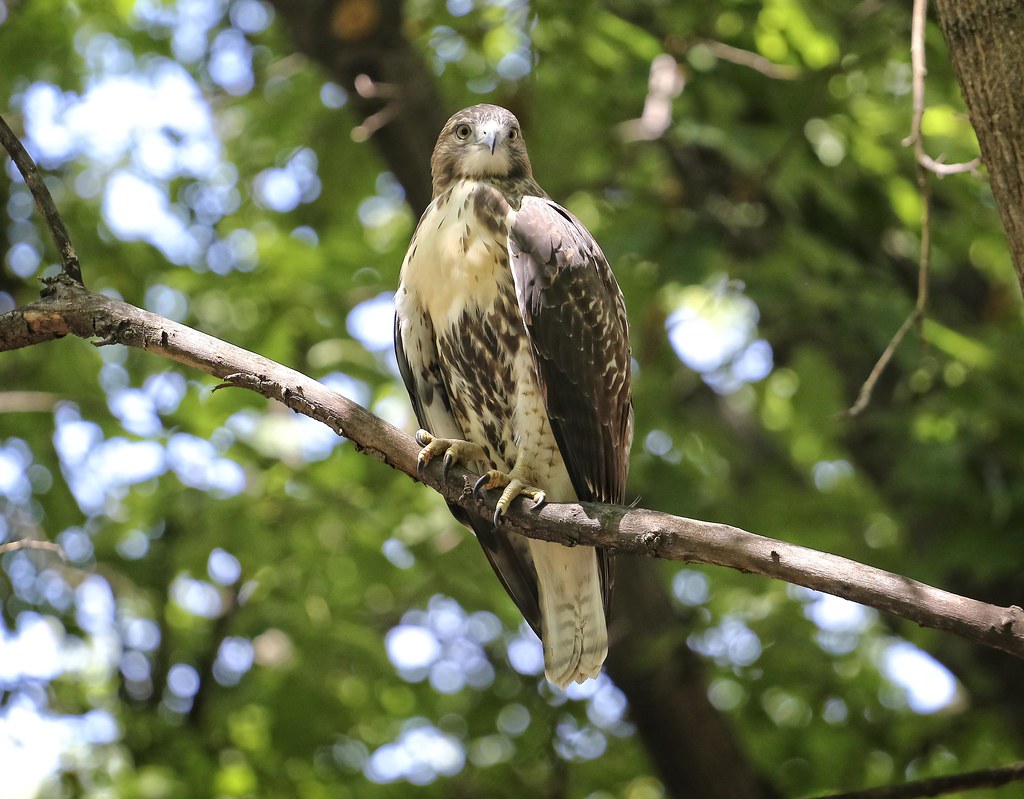 Despite one fledgling claiming the mouse, there wasn't any animosity between the siblings.  They still often perch together. 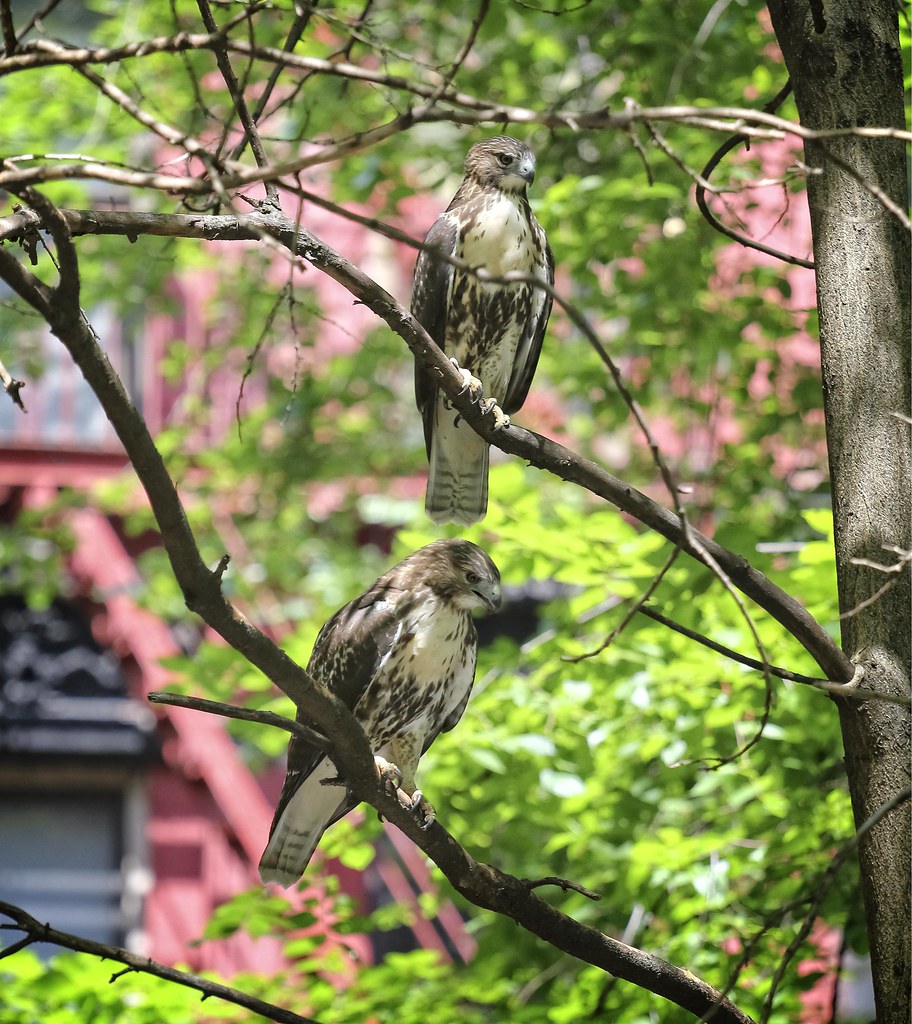 One of them decided to beat the heat by plopping down in a puddle at the water fountain. 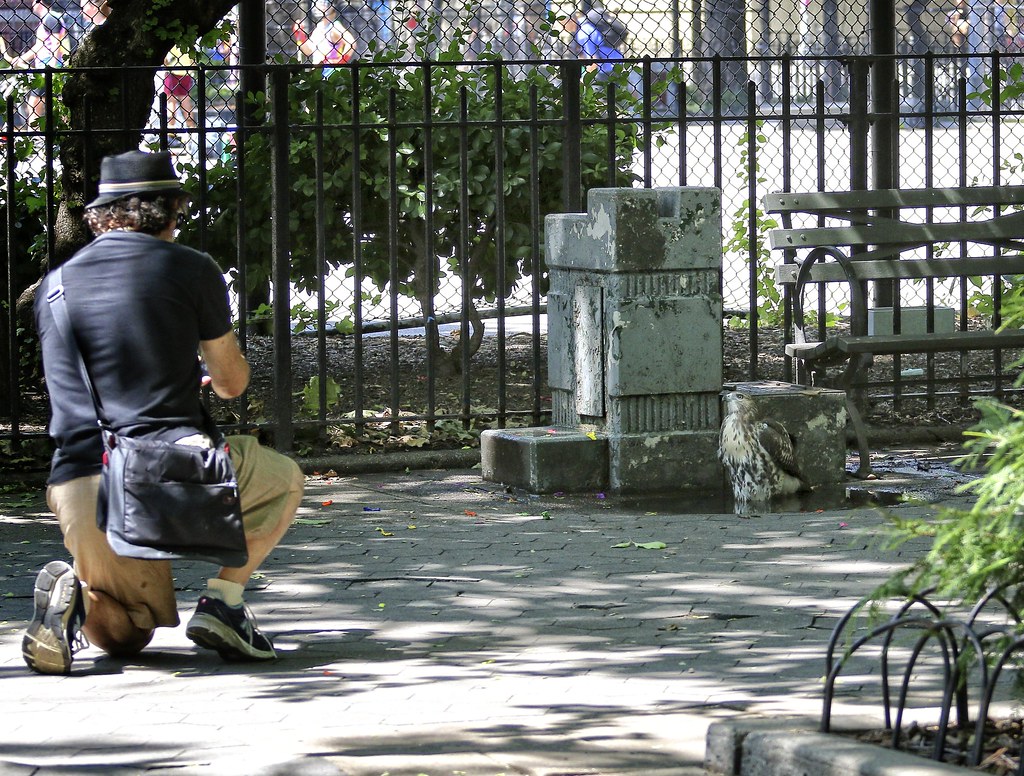 The young hawk wasn't phased at all by this bike that whizzed by. 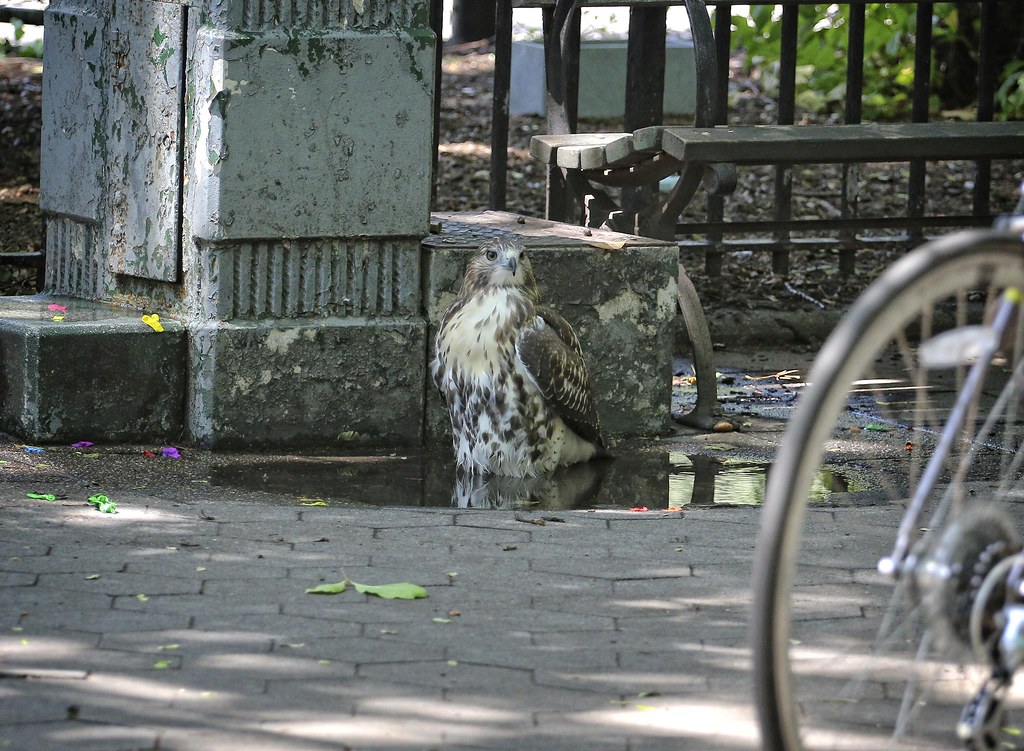 As it was so hot, the hawk would not be scared away from its pool so easily. 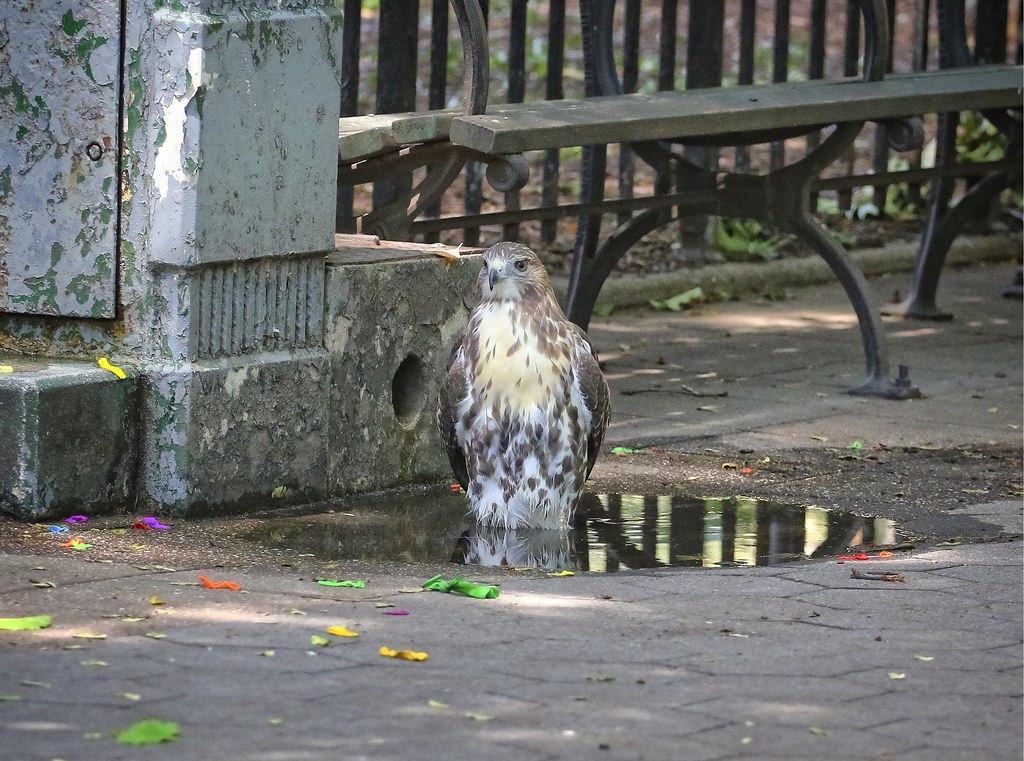