Two at a time

All three Tompkins Square hawk fledglings are still sticking relatively close together in the park, but it seems I'm usually catching two of them together at a time.  I don't know if it's always the same two individuals or if they take turns pairing up.

Here are two siblings hanging out together on Sunday.  They are really starting to look like young adults. 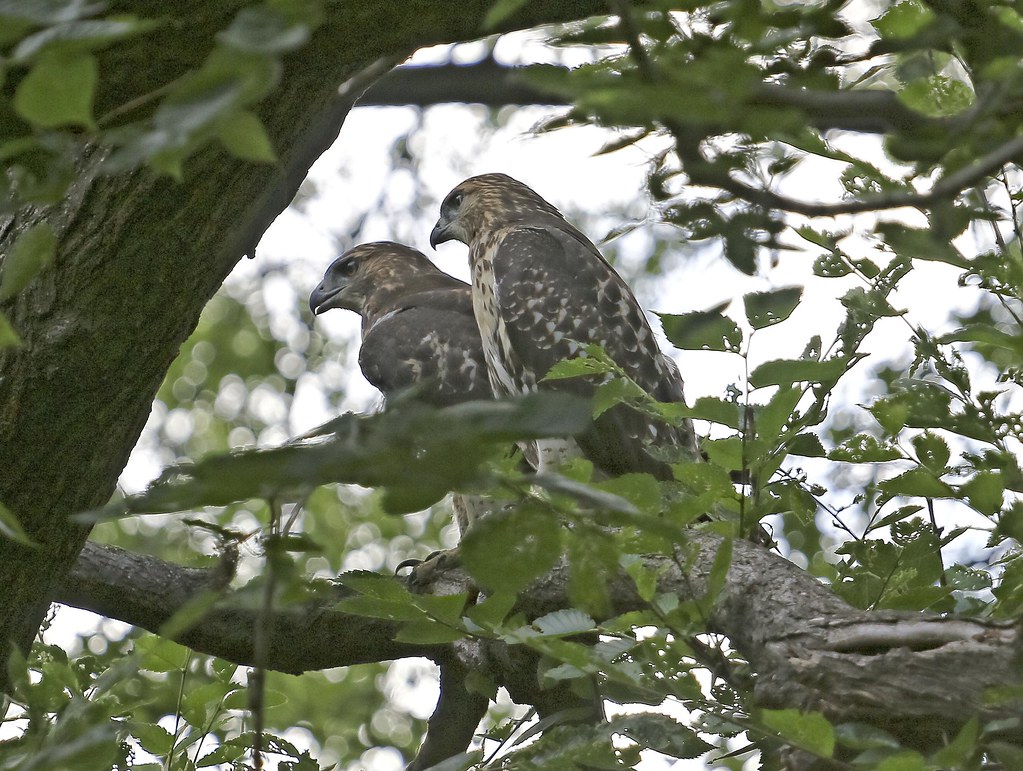 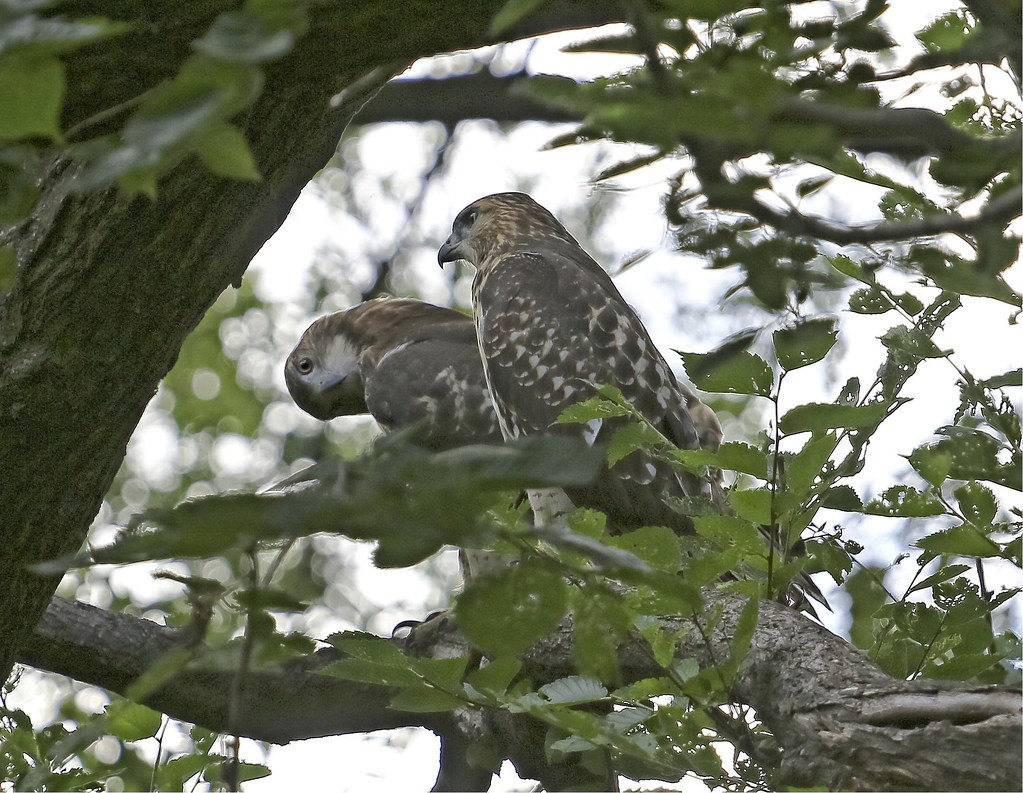 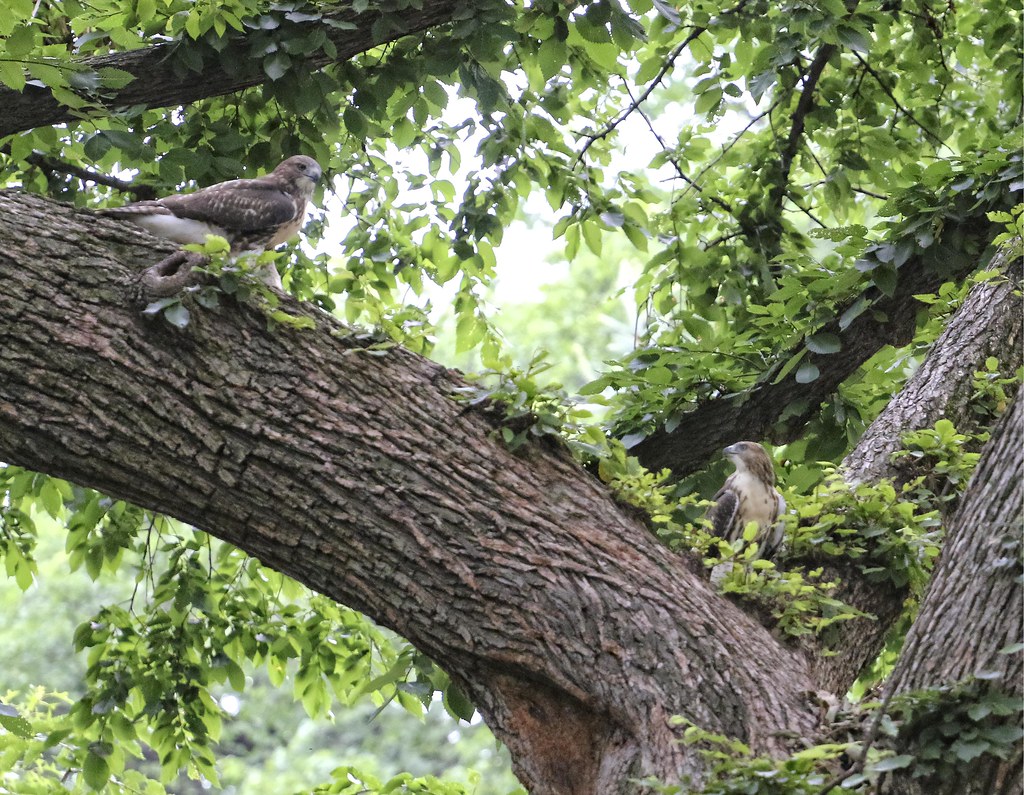 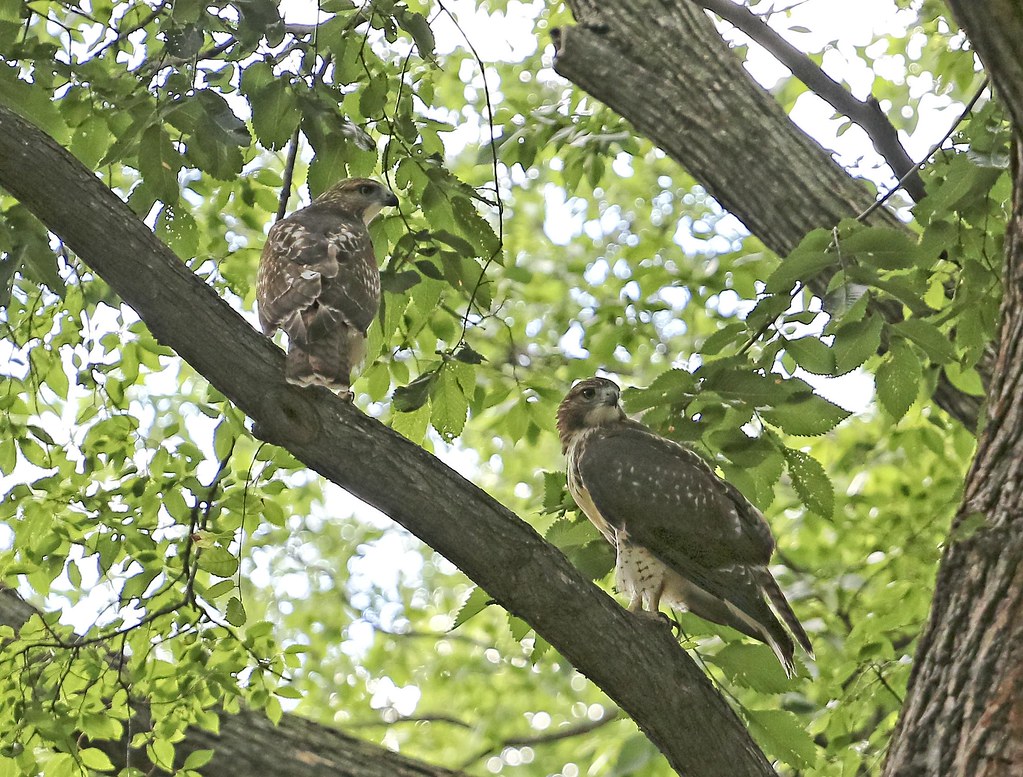 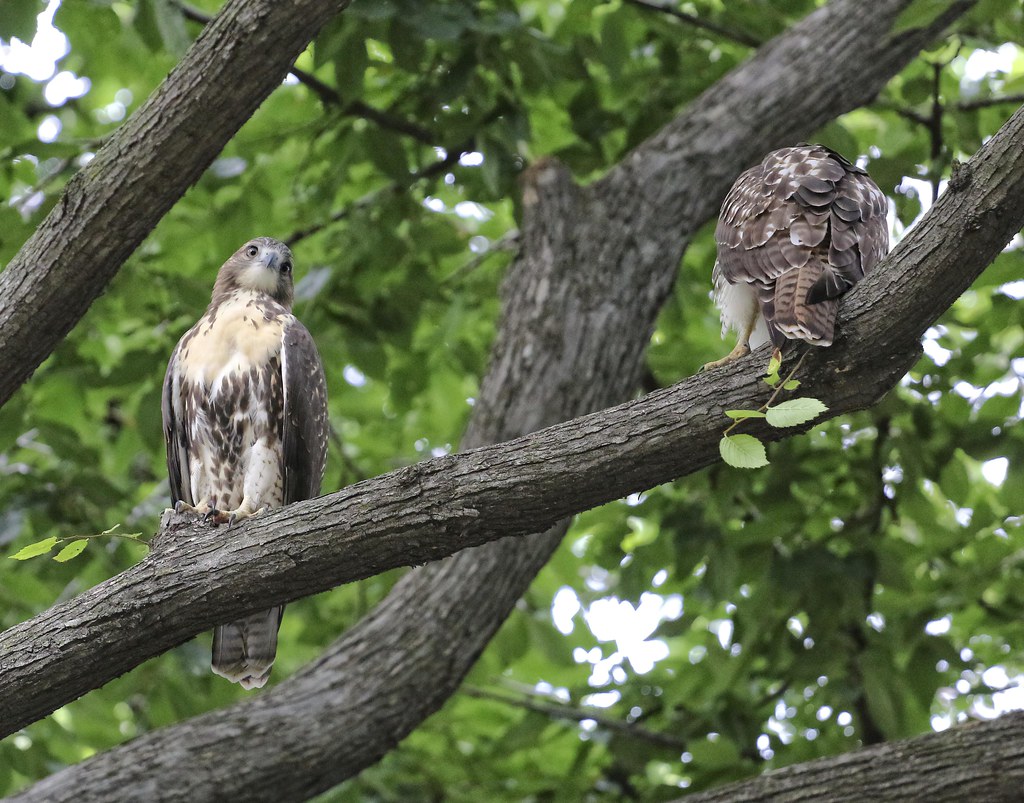 Several times, I've seen what looks like a playful scuffle, where one hawk zooms in and shoulder-checks the other.  In this instance, the incoming hawk knocked the other one off its perch. 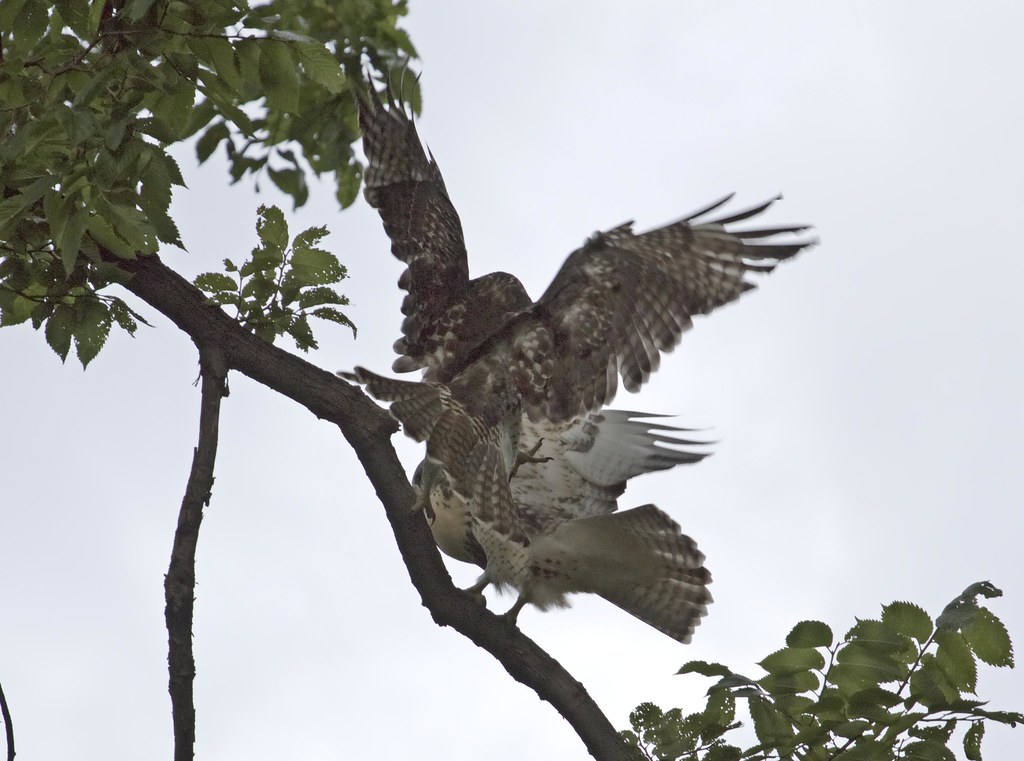 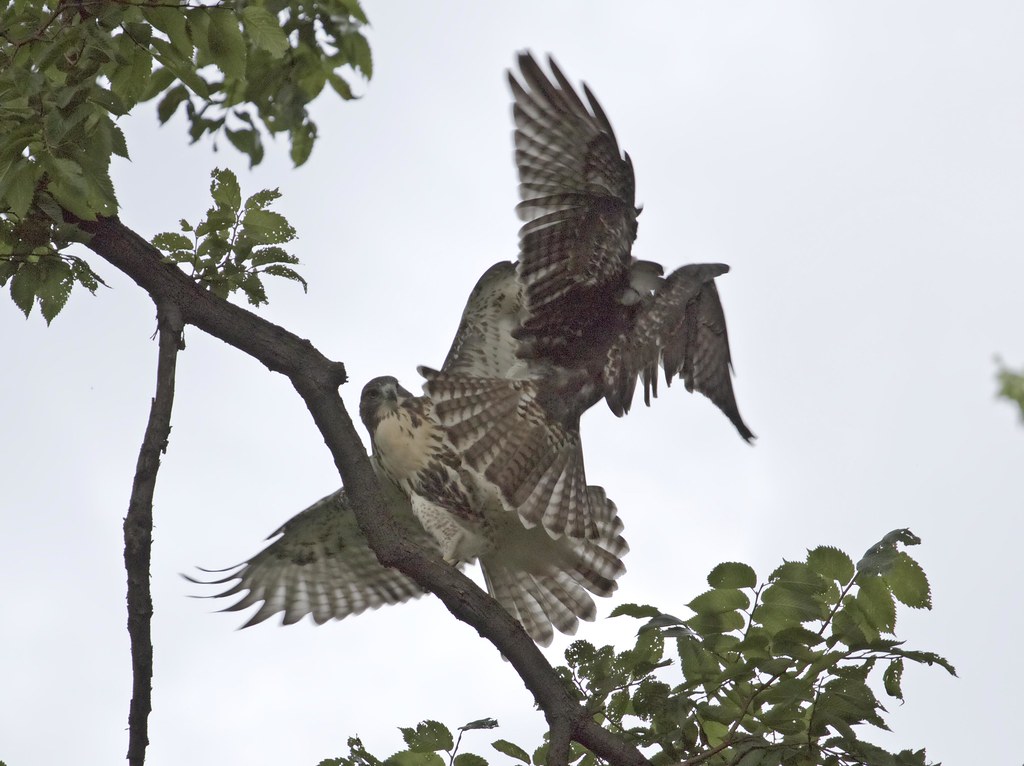 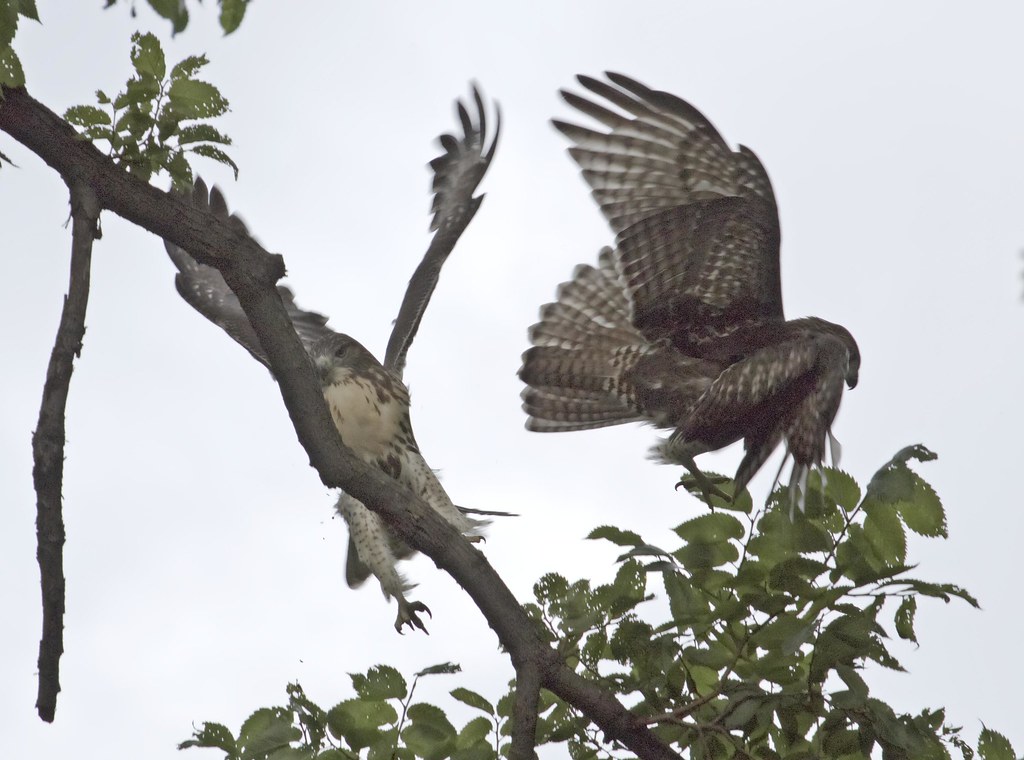 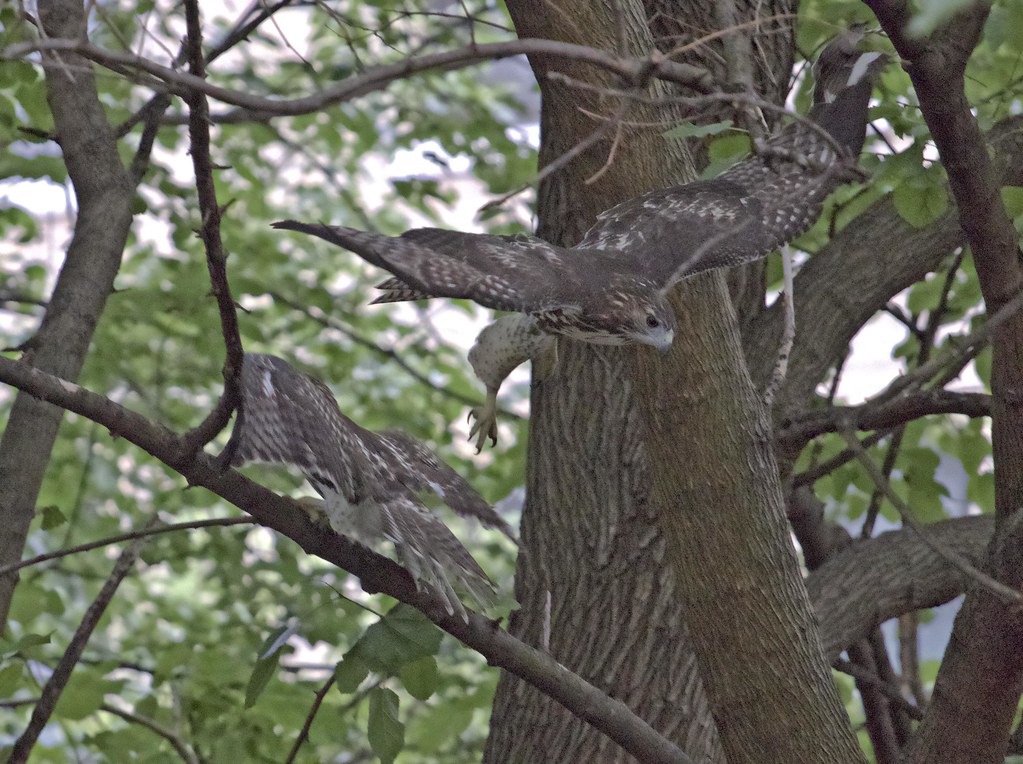 The swoop-n-bump doesn't seem that aggressive. I'm thinking it's part of learning to capture prey. 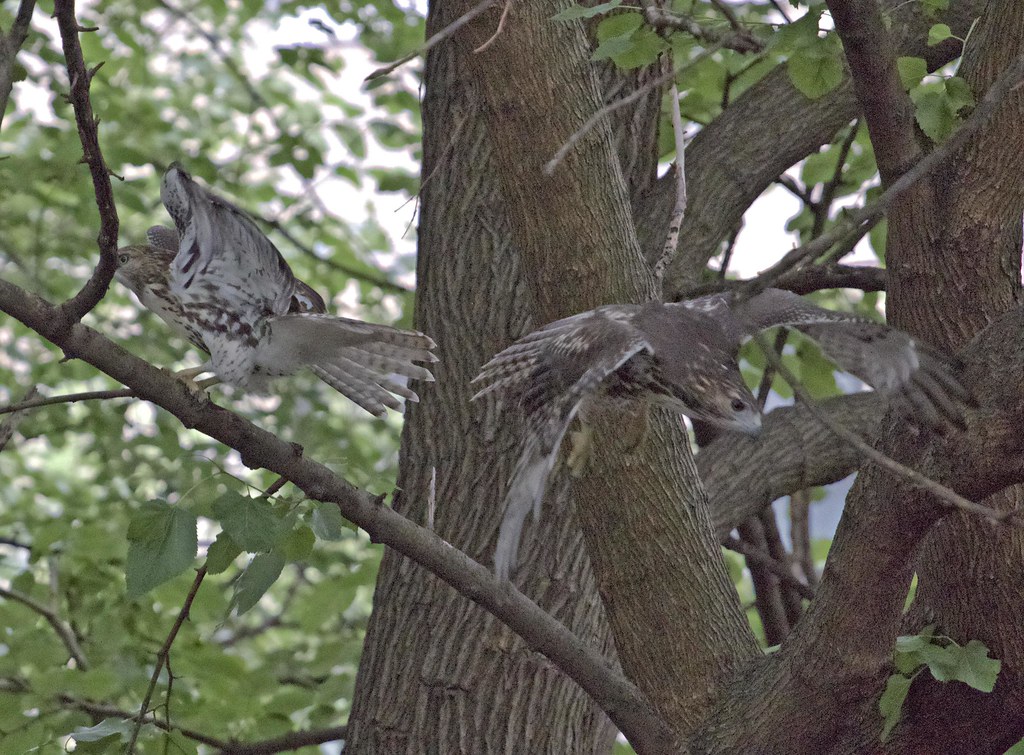 A couple of weeks ago, I found a fledgling perched alongside mom Dora (below, right).  This pose only lasted a few seconds as they both lunged for some food that dad Christo dropped off for the both of them. 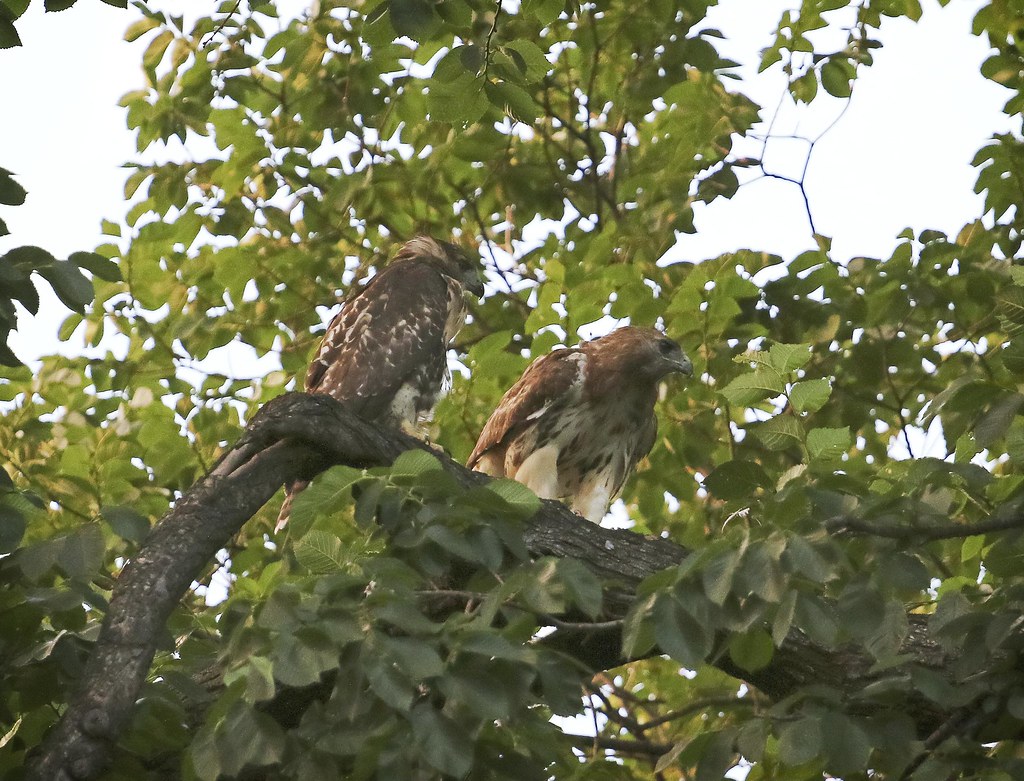 More hawk hijinks from this week to come...
Posted by Laura Goggin Photography at 10:04 PM