We've had a string of steamy hot days recently and the Tompkins Square hawks are doing their best to stay cool. 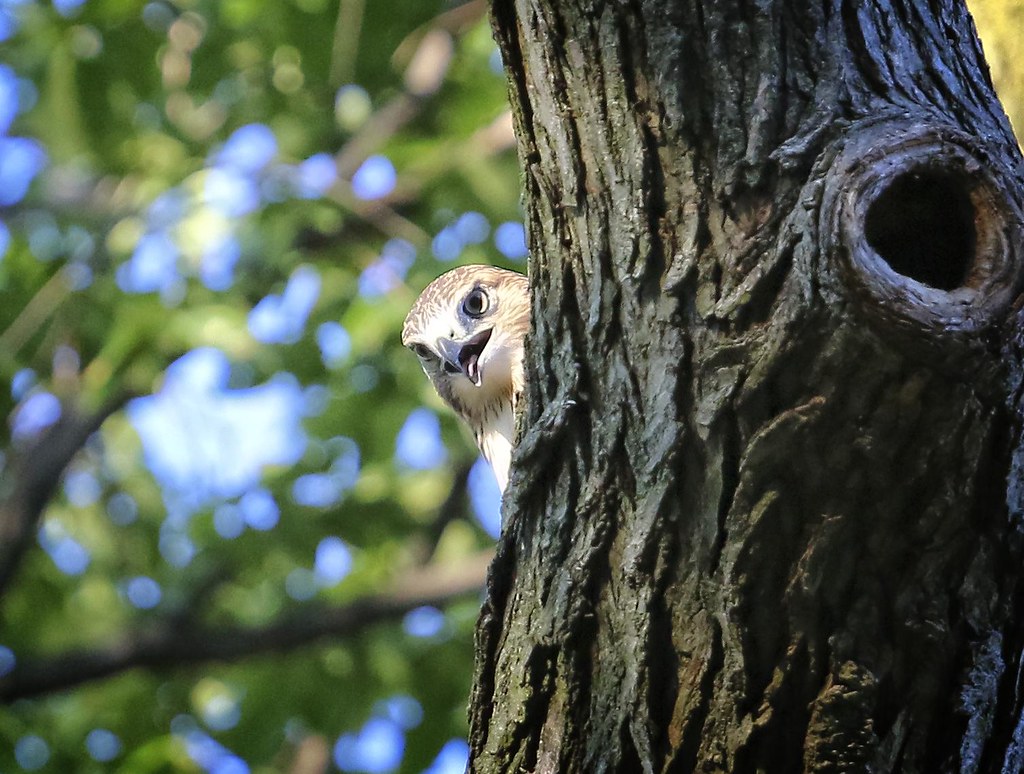 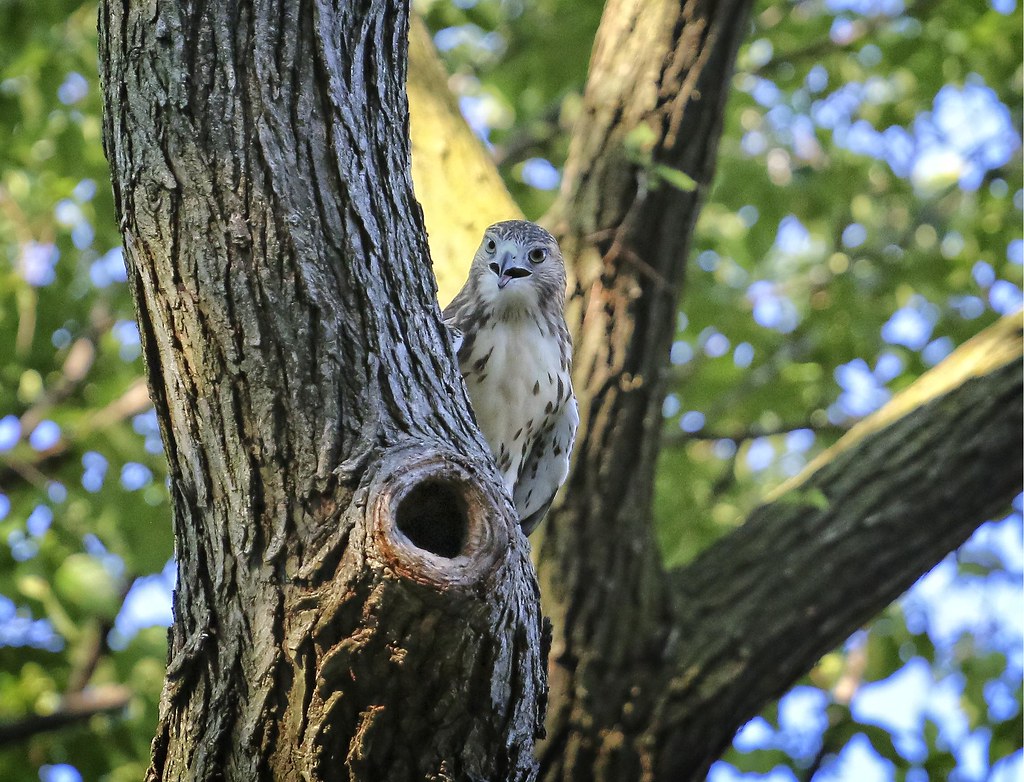 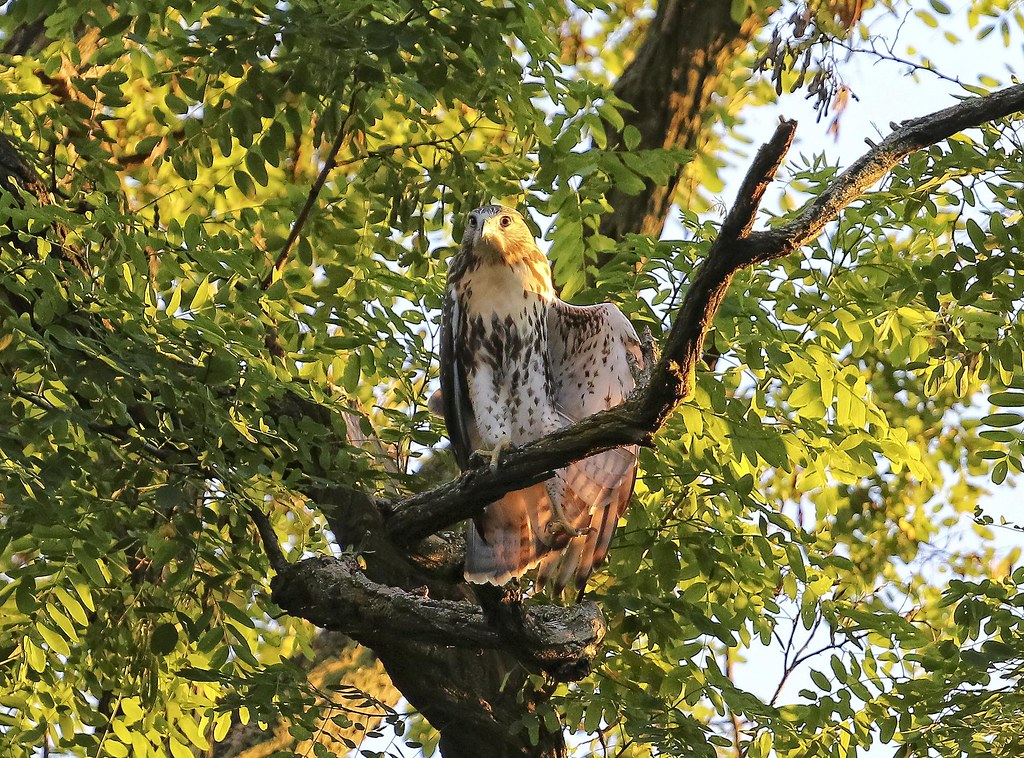 A couple of weeks ago, one of the fledglings took to the sprinkler in the play area along Avenue B. This week, I saw at least two fledglings take baths in a puddle on the roof of the men's room.  I was unable to get a clear view of the roof, but saw the hawks fly in and then out again a few minutes later.  When they took off, water droplets flew off their wings.  Christo has been known to visit the men's room spa, so maybe he's passed this activity on to his kids.

After a bath, one of the fledglings perched on the cell phone antenna to let its feathers dry in the breeze. 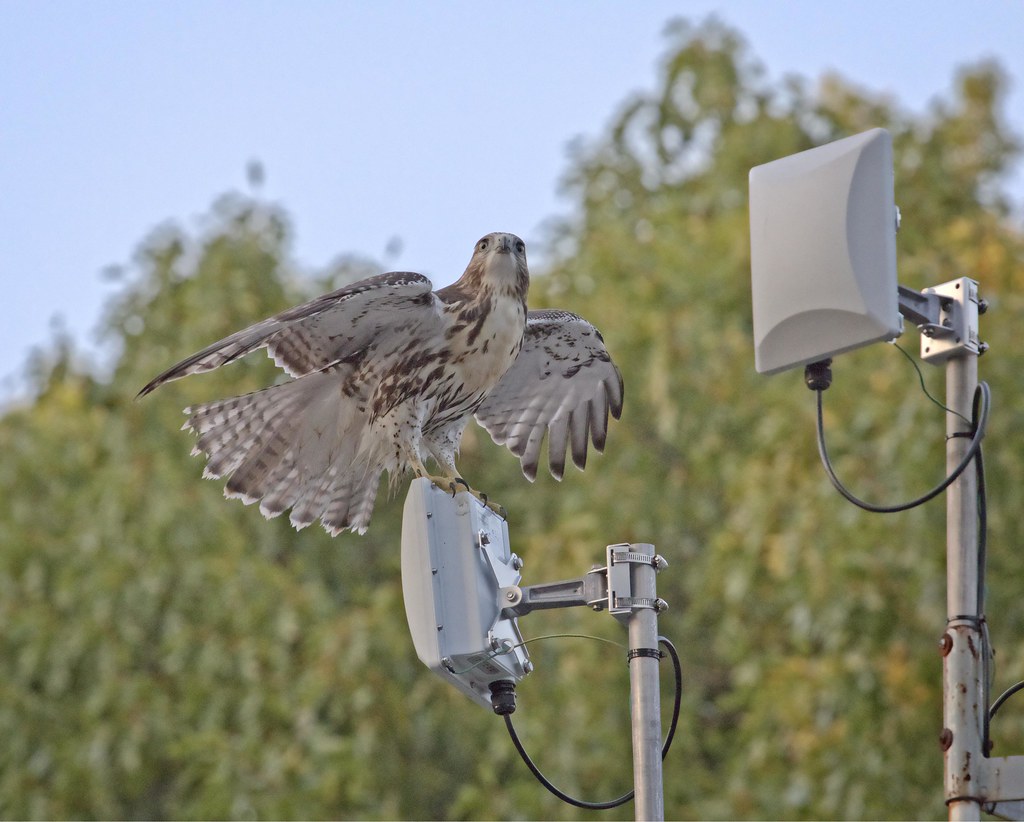 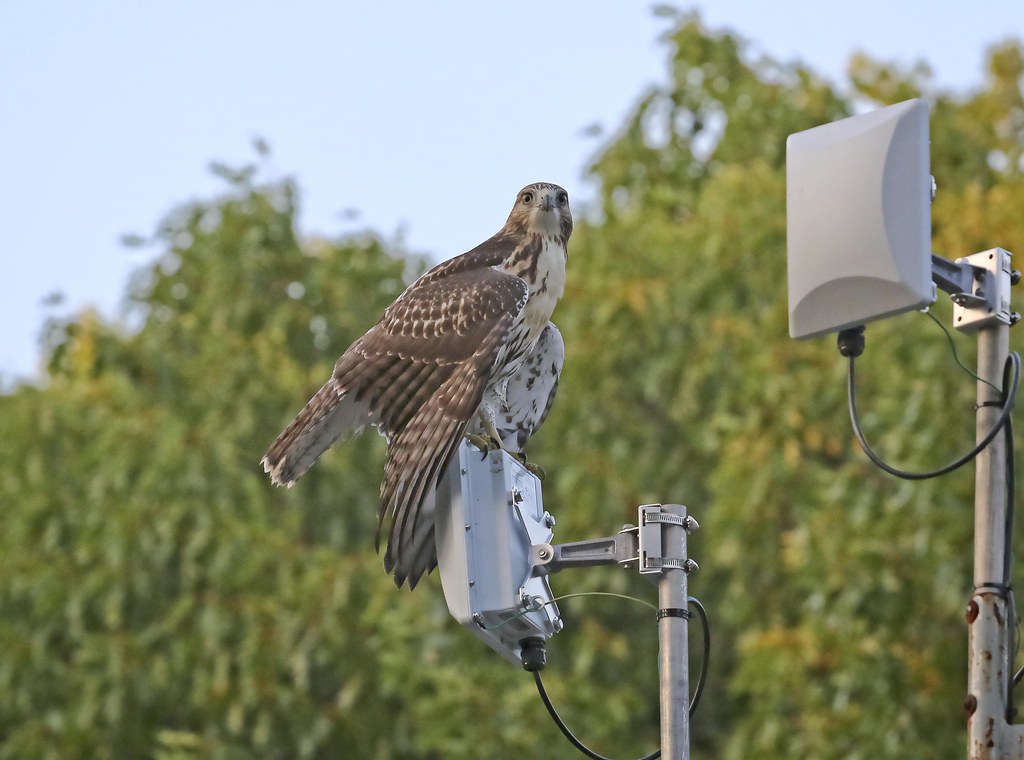 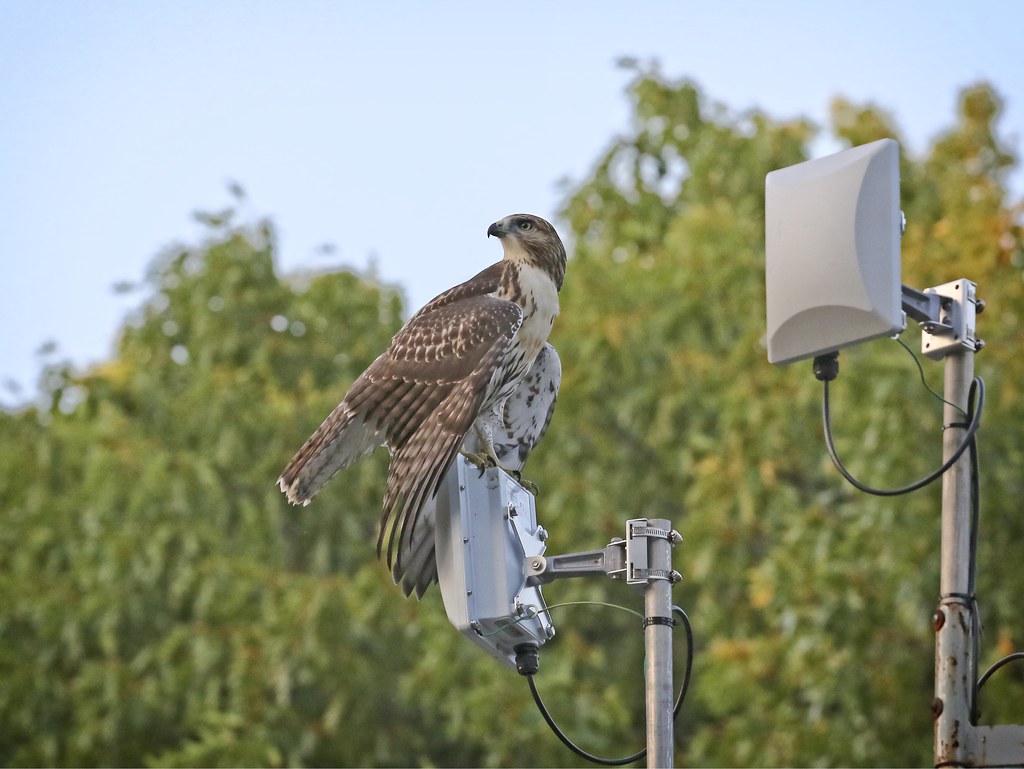 Another fledgling took its post-bath rest on the fence behind the men's room.  Note the still-soggy feathers on its lower belly. 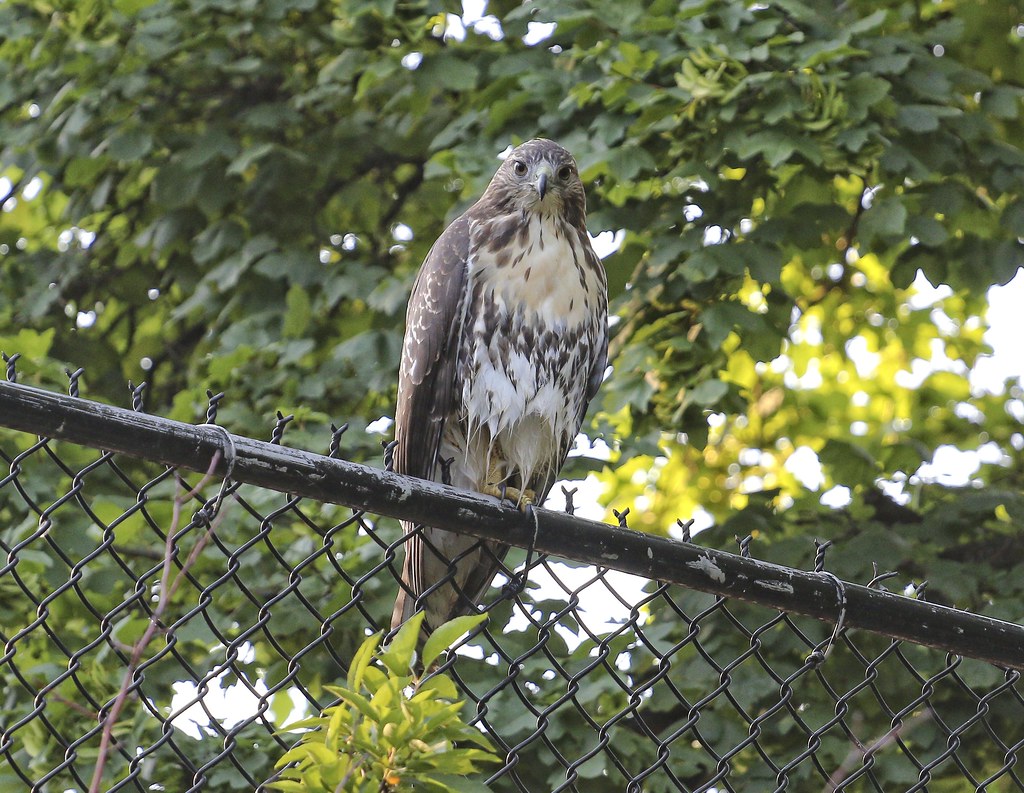 After a bath on a hot day, there's nothing better than a nap. 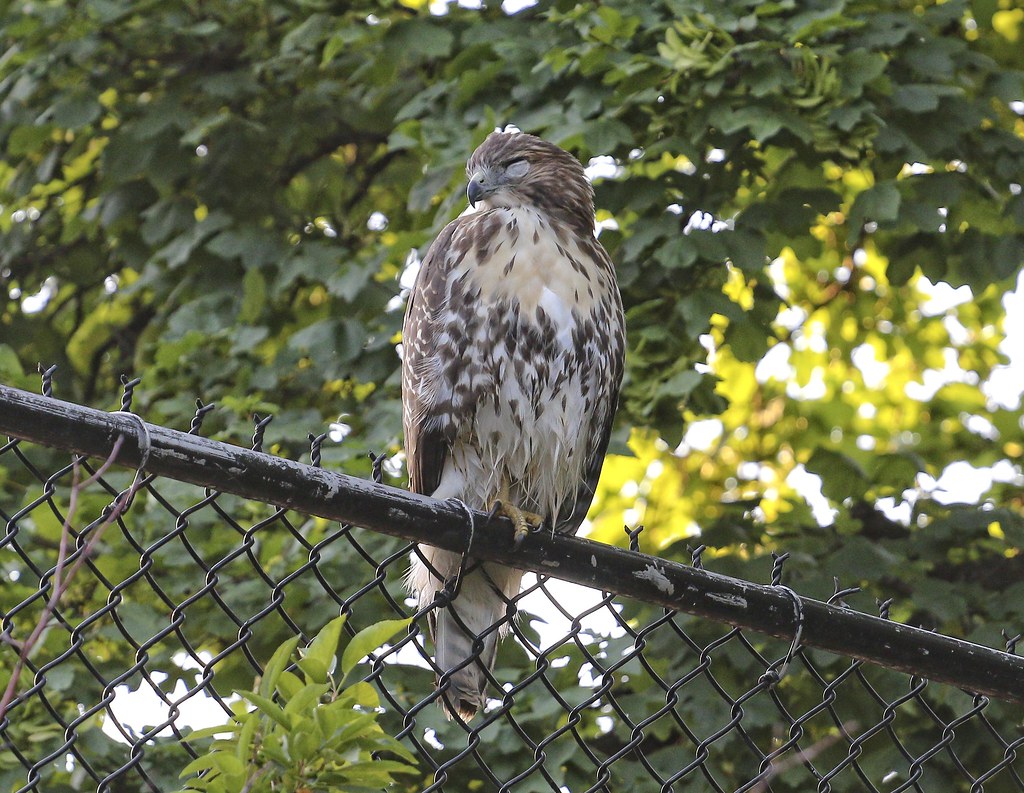 Side note:  I believe the two fledglings air-drying above are likely females.  The third fledgling (below) is smaller and much more slender, leading me to believe it could be a male.  There's no way (for me) to know for sure, but I think this year's family consists of two girls and a boy. 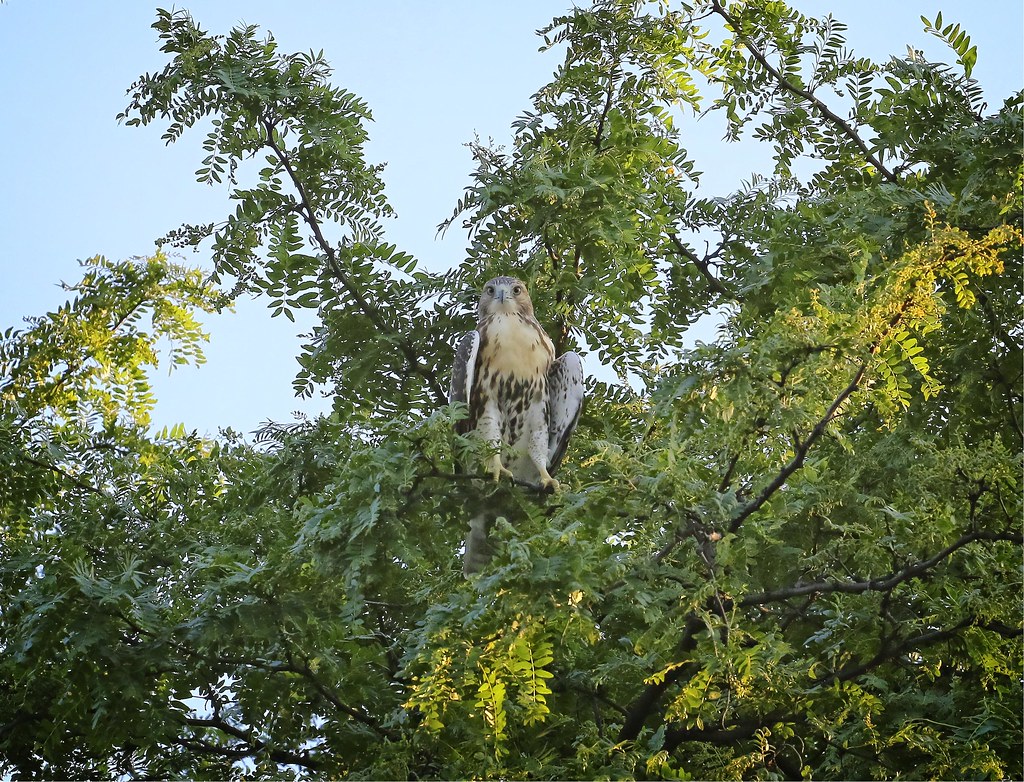