Last Thursday morning, as an agonizing scene played out in Collect Pond Park, I was also witness to something that made my heart swell.  As the female Chinatown hawk lay lifeless in a tree, her mate was guided by instinct, and continued to work on their nest.

On the Lafayette side of the park, passers-by were unaware of the sad scene just a few feet away, and were able to enjoy the male hawk's presence as he perched low on a fence. 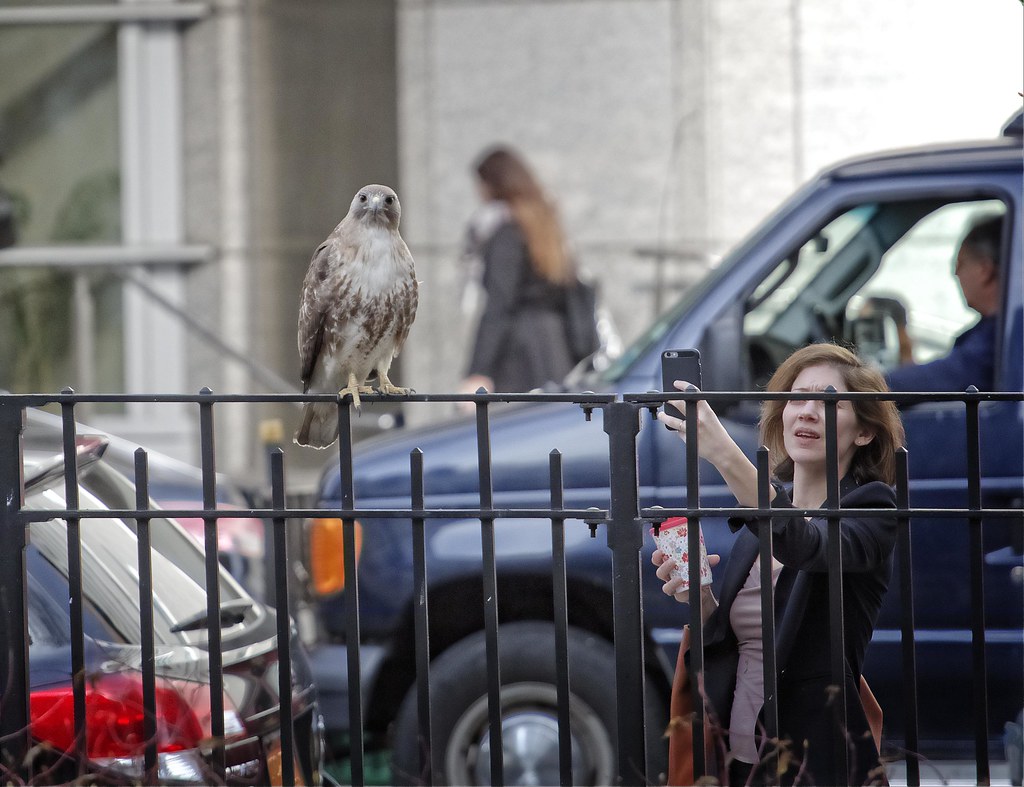 This pair of hawks delighted the people who lived and worked in the area.  One of my favorite things about our urban hawks is seeing how surprised and excited people get when they have a close-up and personal experience with the birds. 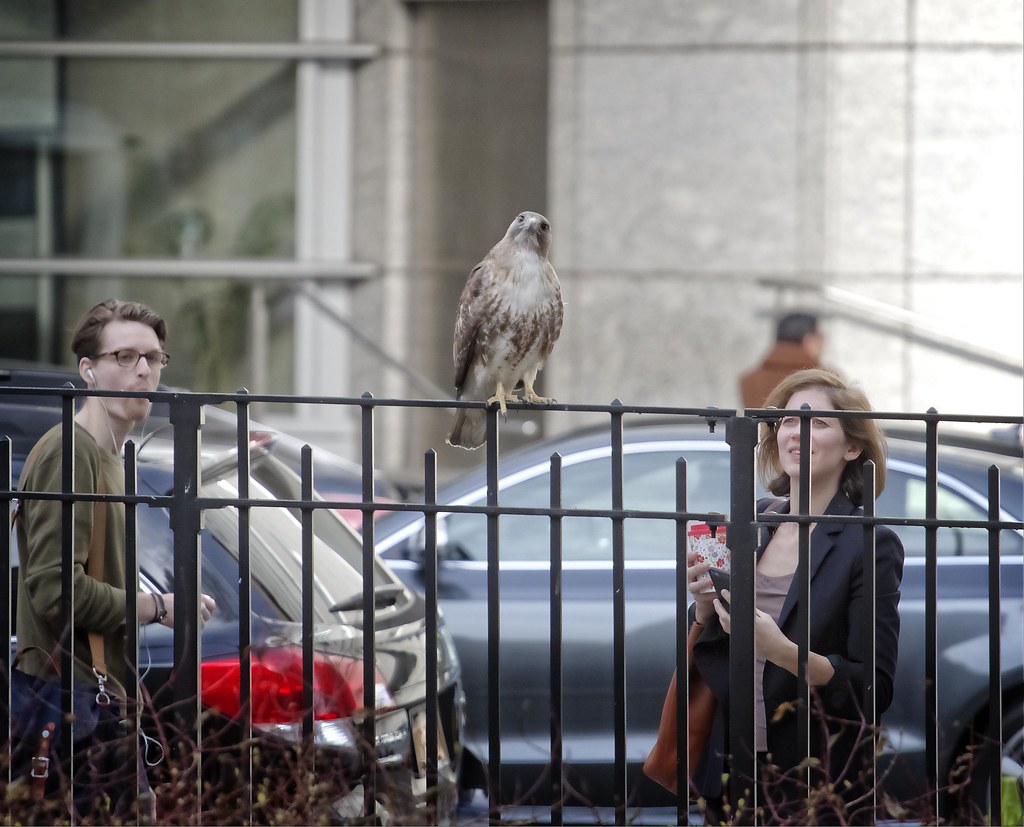 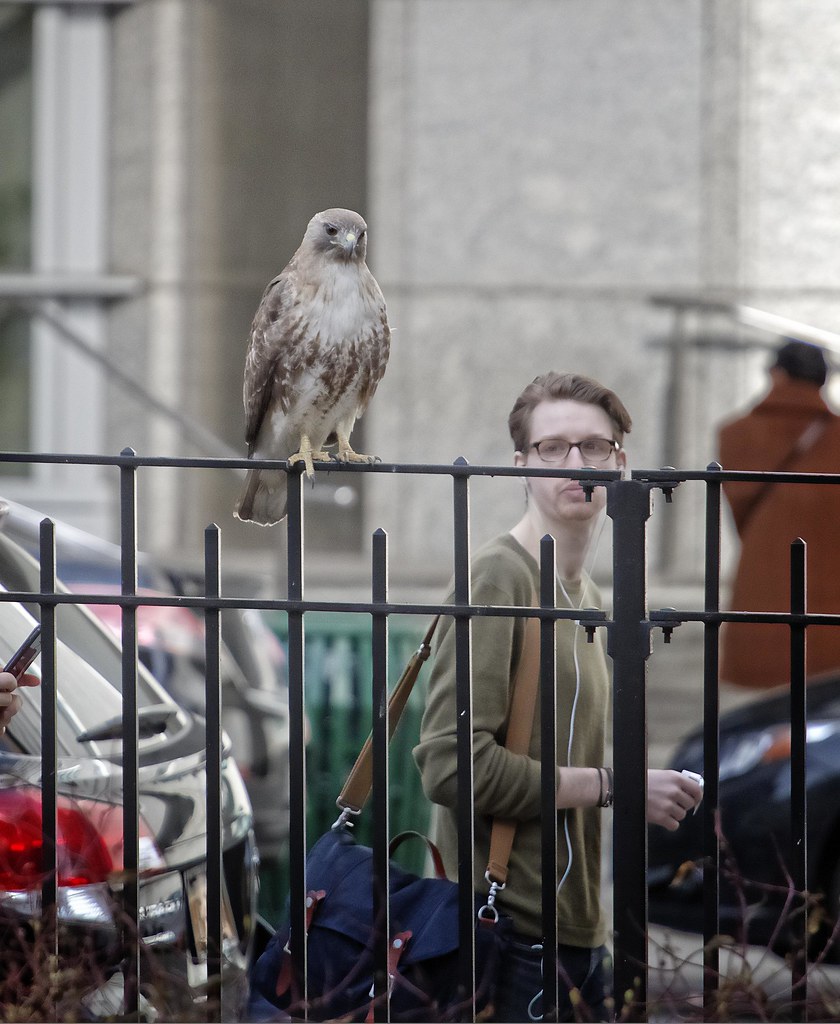 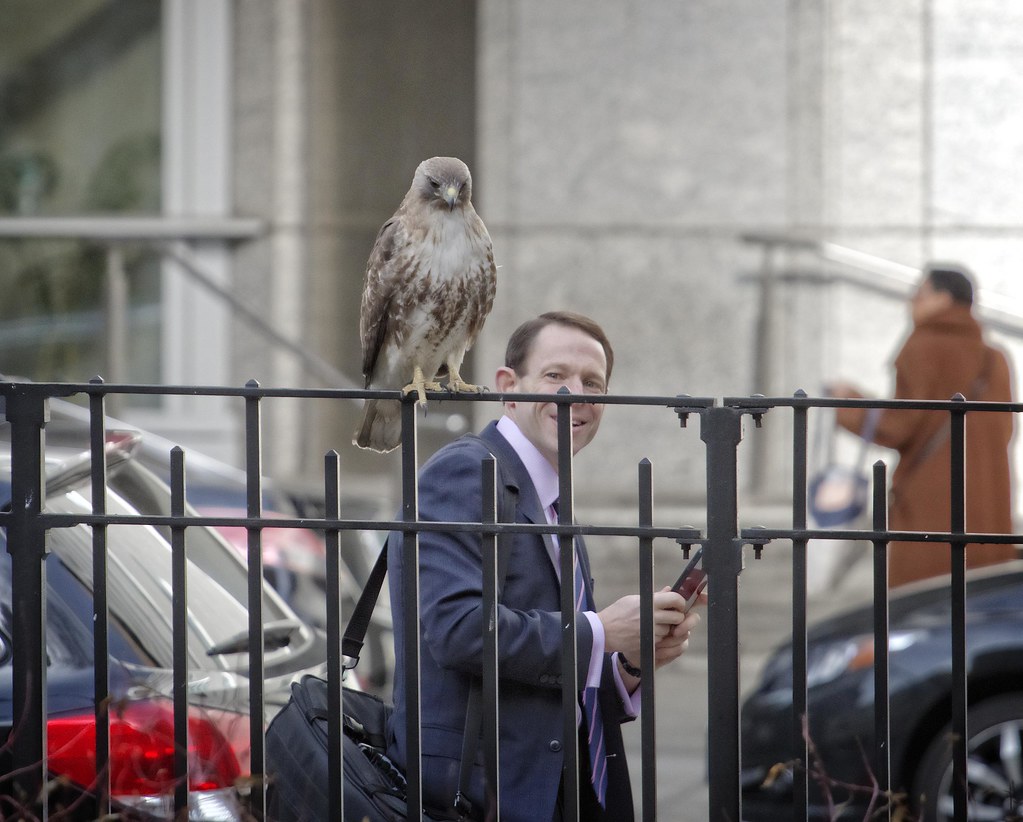 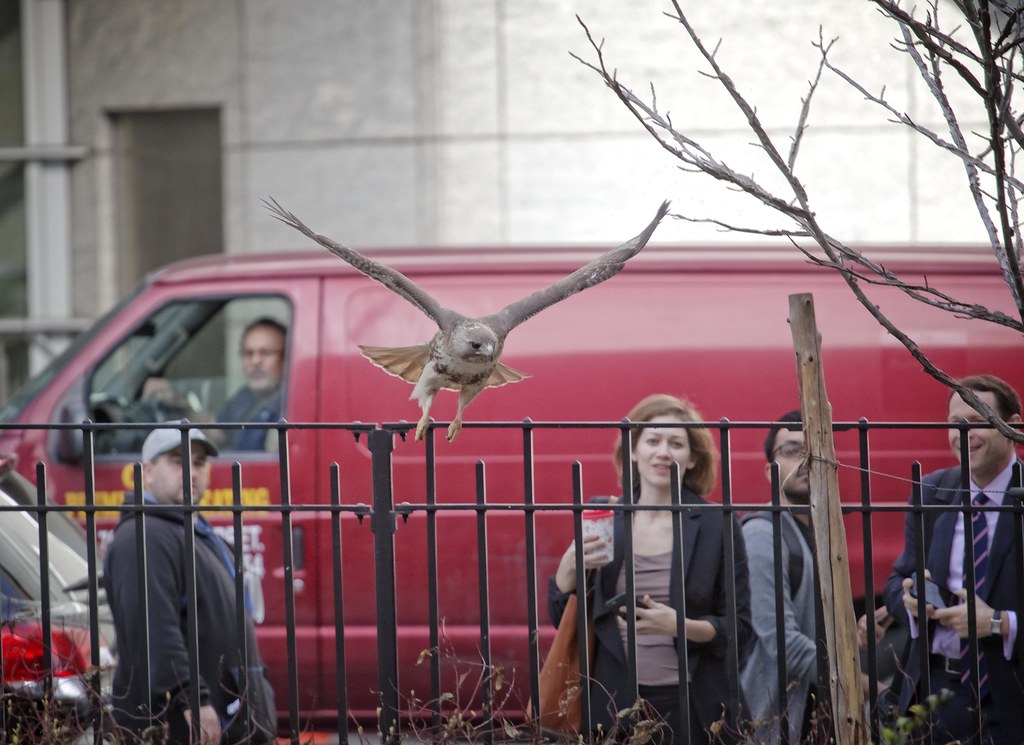 The hawks gave me hope that Nature would always overcome. 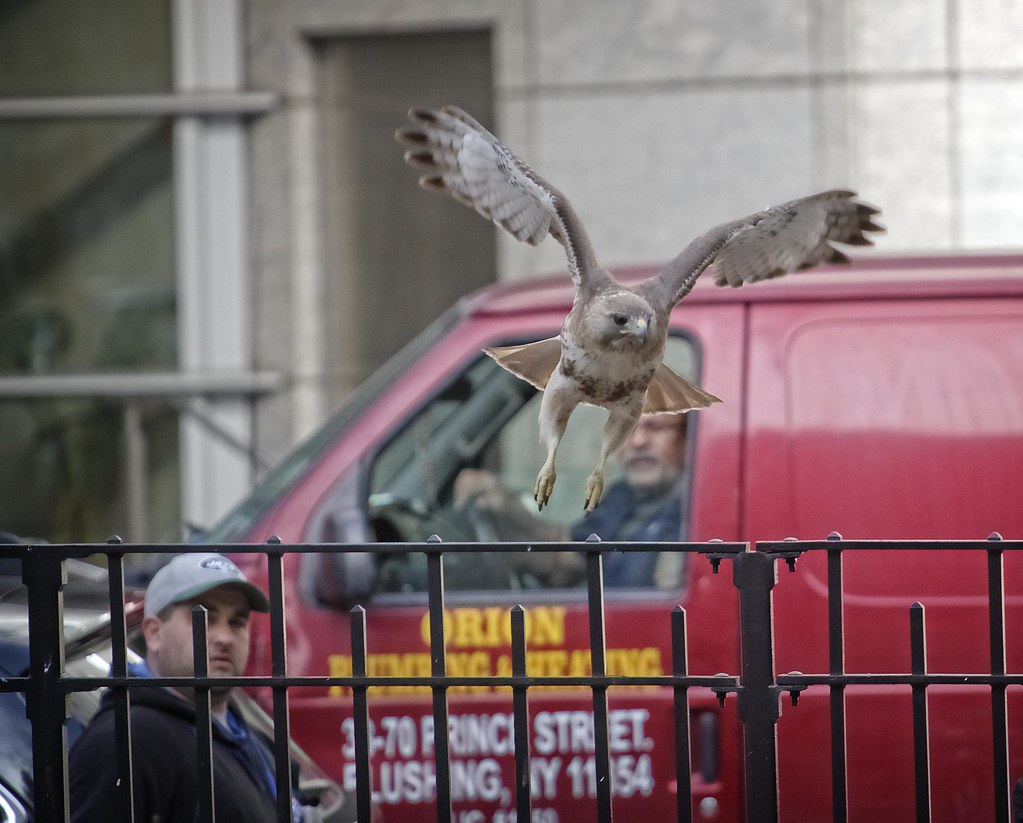 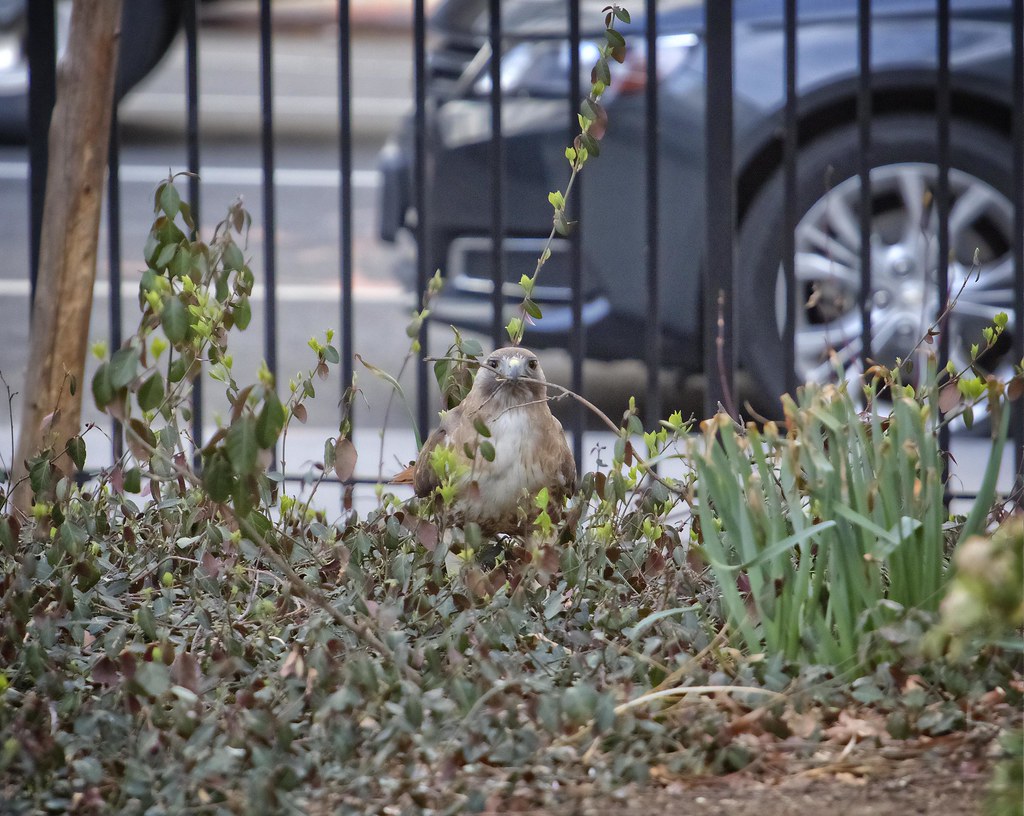 Gathering sticks from the ground, the male hawk flew them around the park... 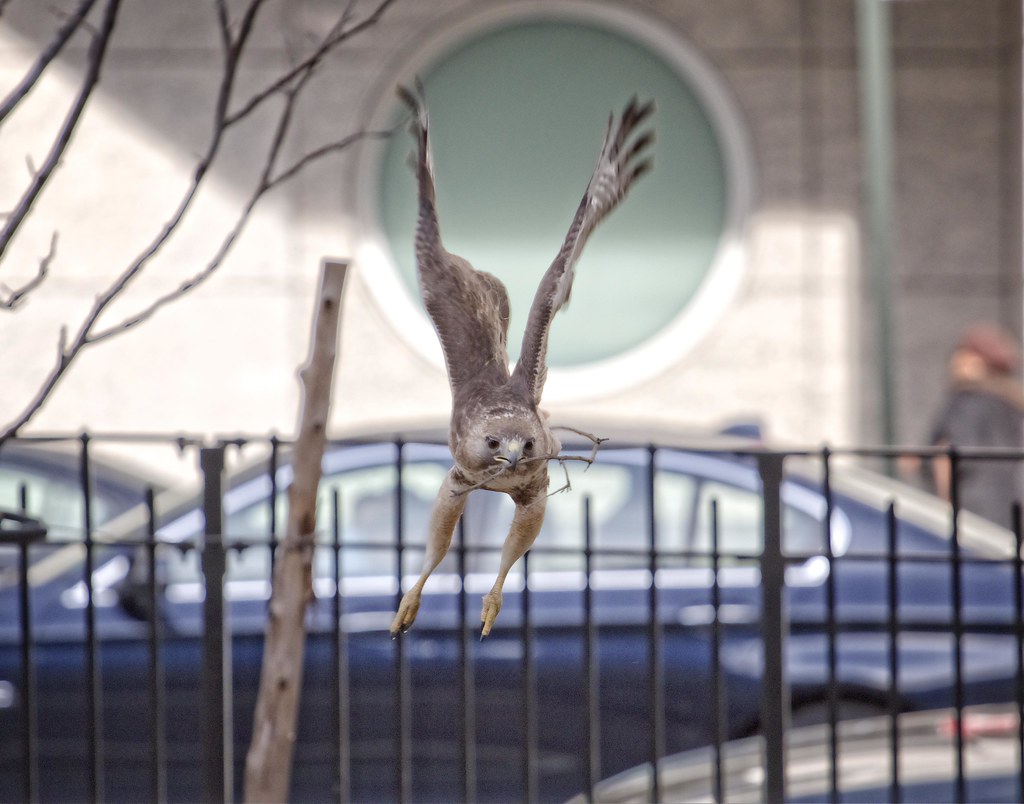 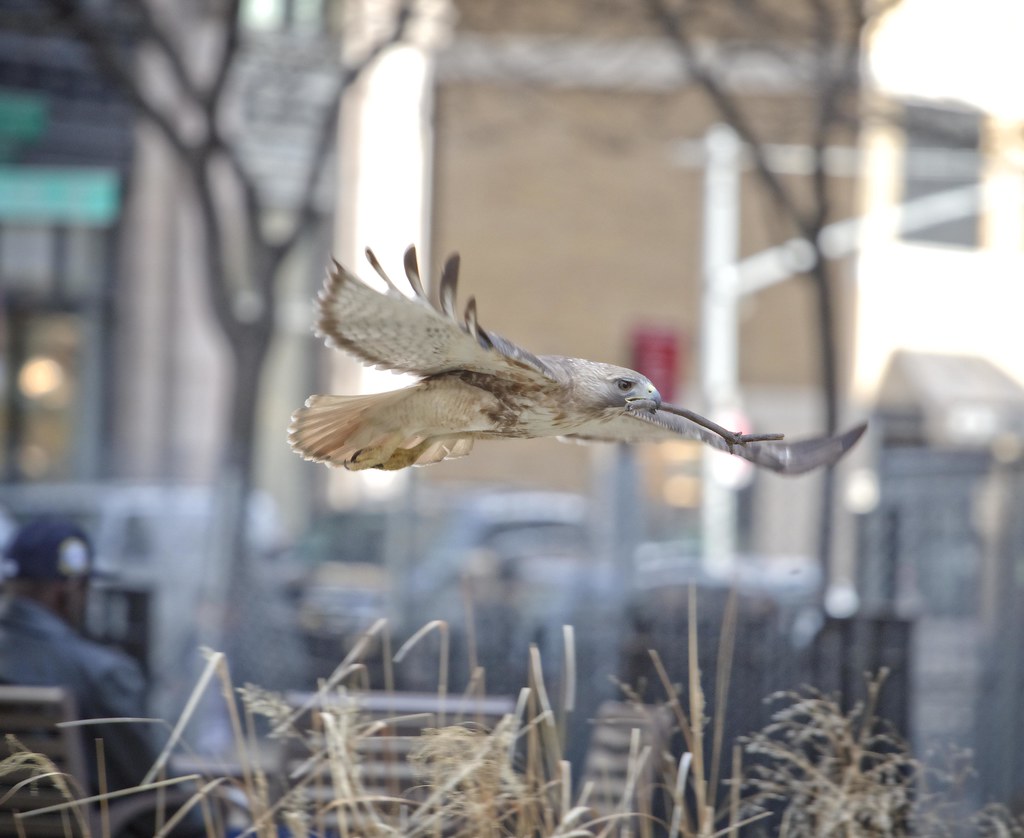 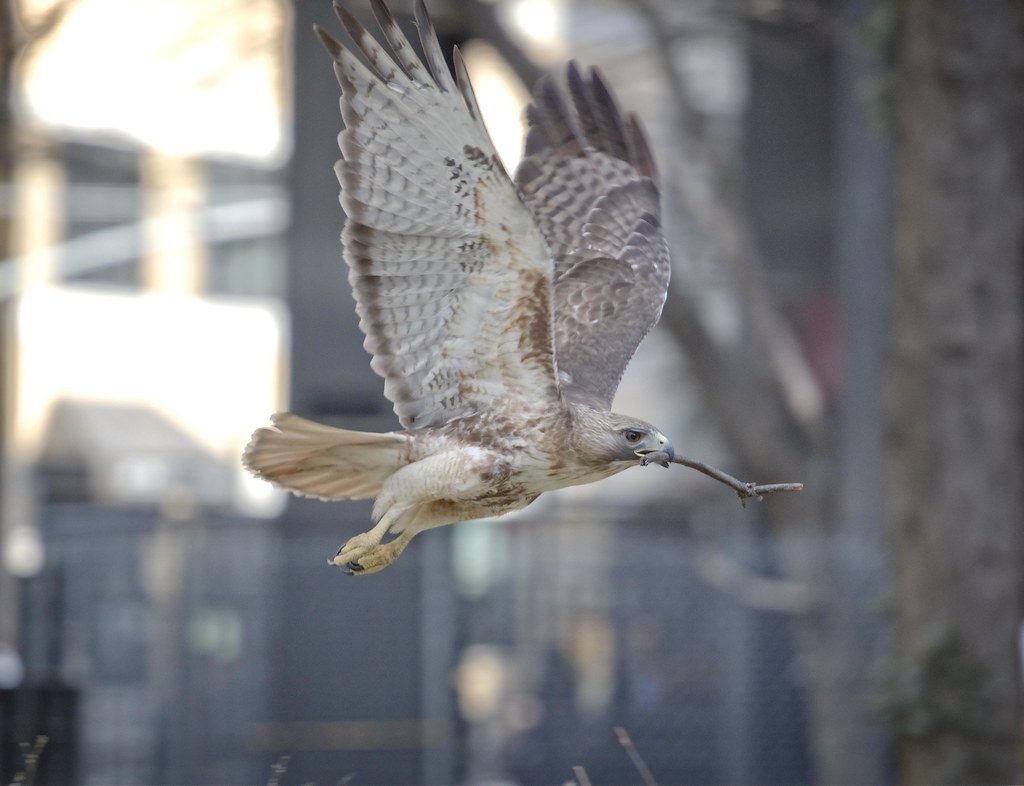 ...and took them up to the nest on an a/c on the Department of Health on Leonard Street.  From up there, he could see his mate in the park. 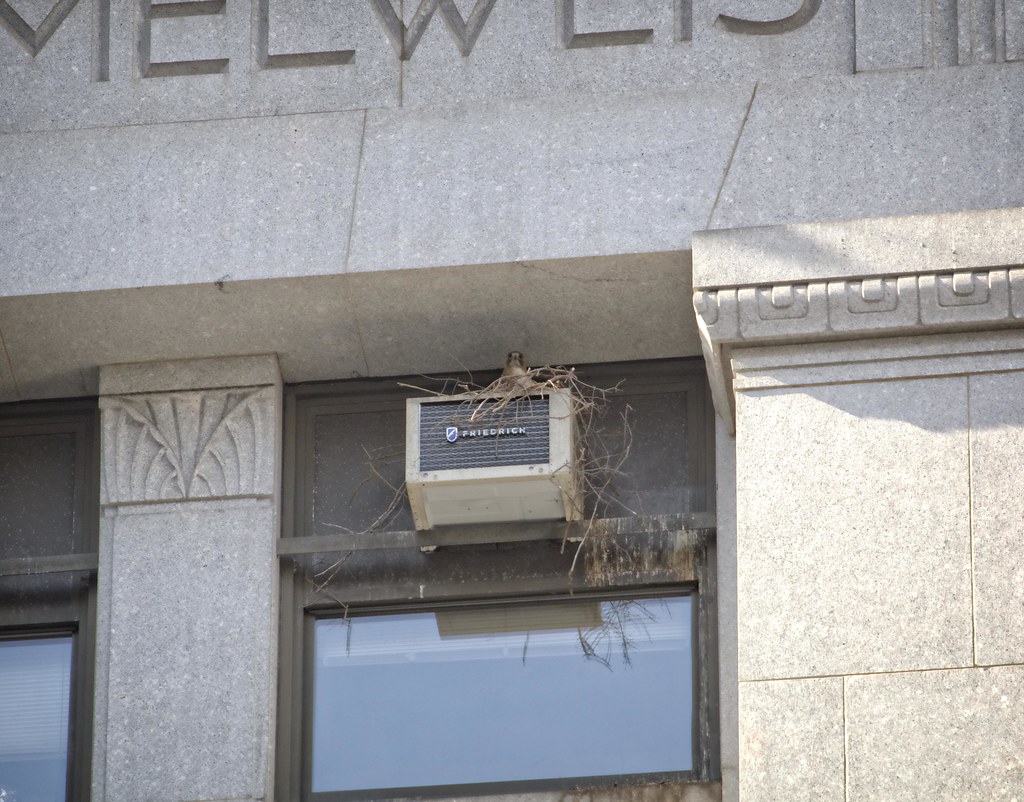 And this was the last I saw of him - diving from the a/c, over my head, and to his mate in the tree. 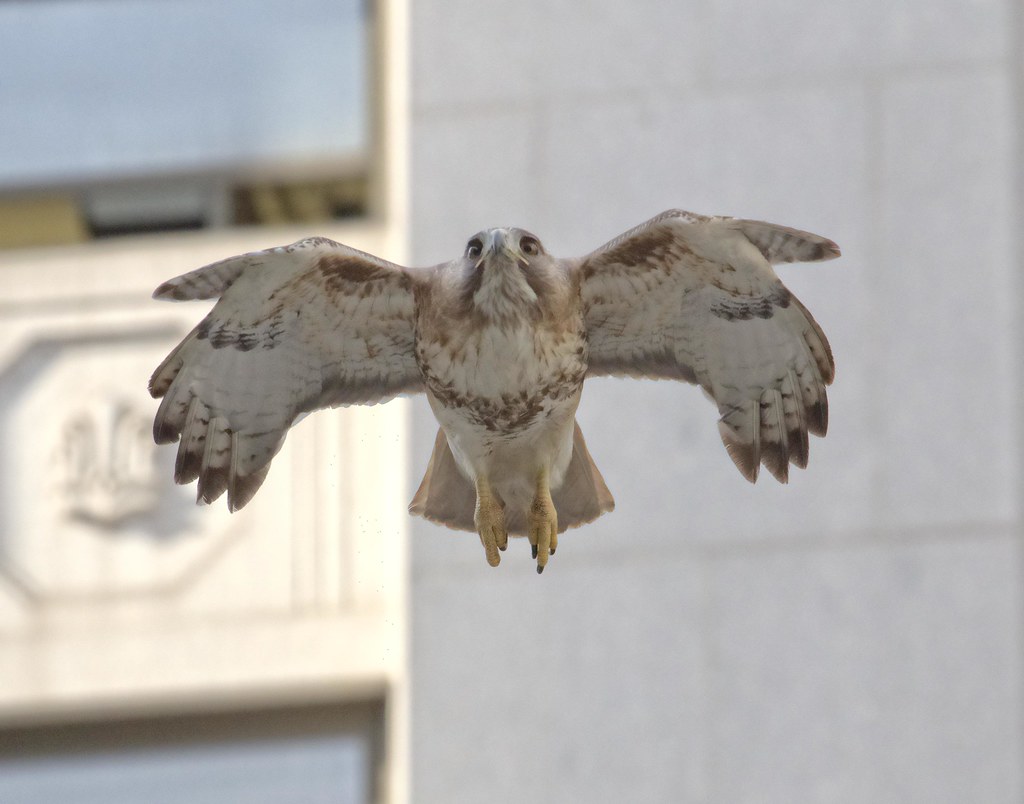 A friend saw the male hawk eating a pigeon in Collect Pond Park the following day (Friday).  He was spotted again on Saturday soaring over the Lower East Side.  I've been unable to track him since then.
Posted by Goggla at 10:06 PM