Congratulations to Christo, Dora and Nora for making the front cover of the New York Post on Sunday!

After the news of Dora's release into Tompkins Square last week, the Post visited the park and published this article, complete with plenty of Post-style bird puns.  In turn, that article got the attention of other news outlets and both NY1 and CBS New York sent reporters to the park on Sunday to cover the story.  EV Grieve, as always, has excellent continuous coverage of our local avian celebrities.

The hawks themselves are carrying on business as usual.  Each morning, Christo and Dora work on their nest in the ginkgo tree on the east side of the park.  Christo has been stripping bark off a scholar tree near the ping-pong table for lining the nest.  On Saturday, I caught him carrying a pretty big piece. 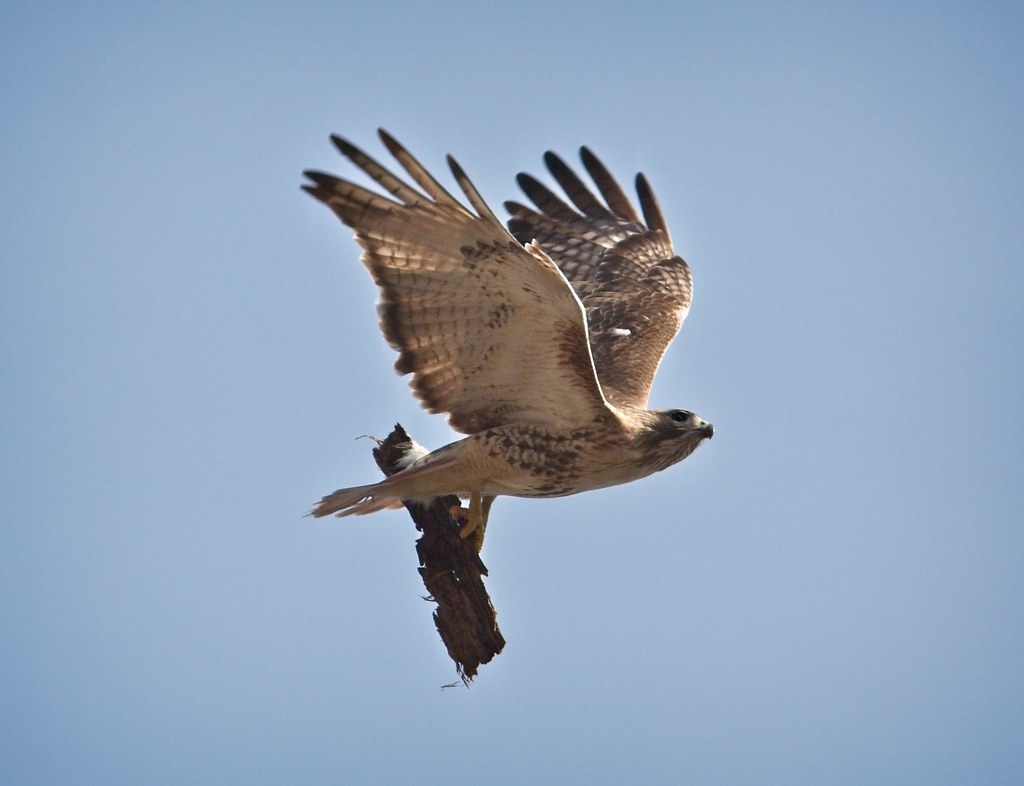 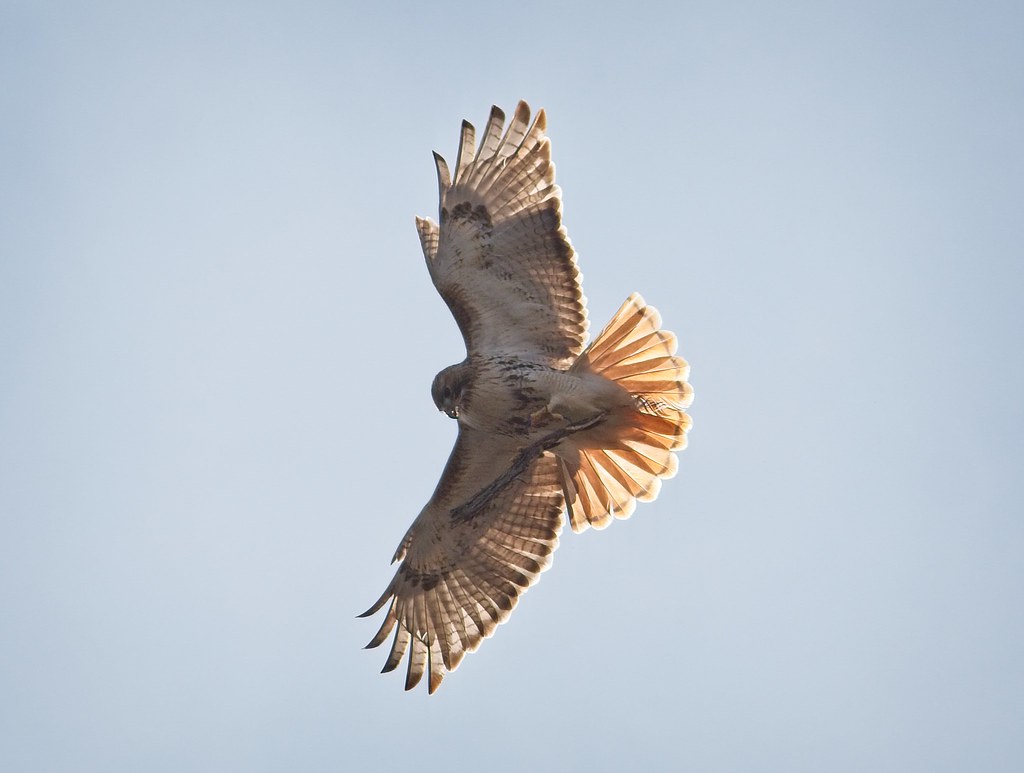 Saturday was windy and sunny and the hawks flew around quite a bit.  I suspect Dora took advantage of the wind that day and flew all the way up to the top of one of the Village View buildings on 6th Street, about 22 floors up.  That is the highest I've seen her perch since her return.

Later in the day, she spend more time in the nest. 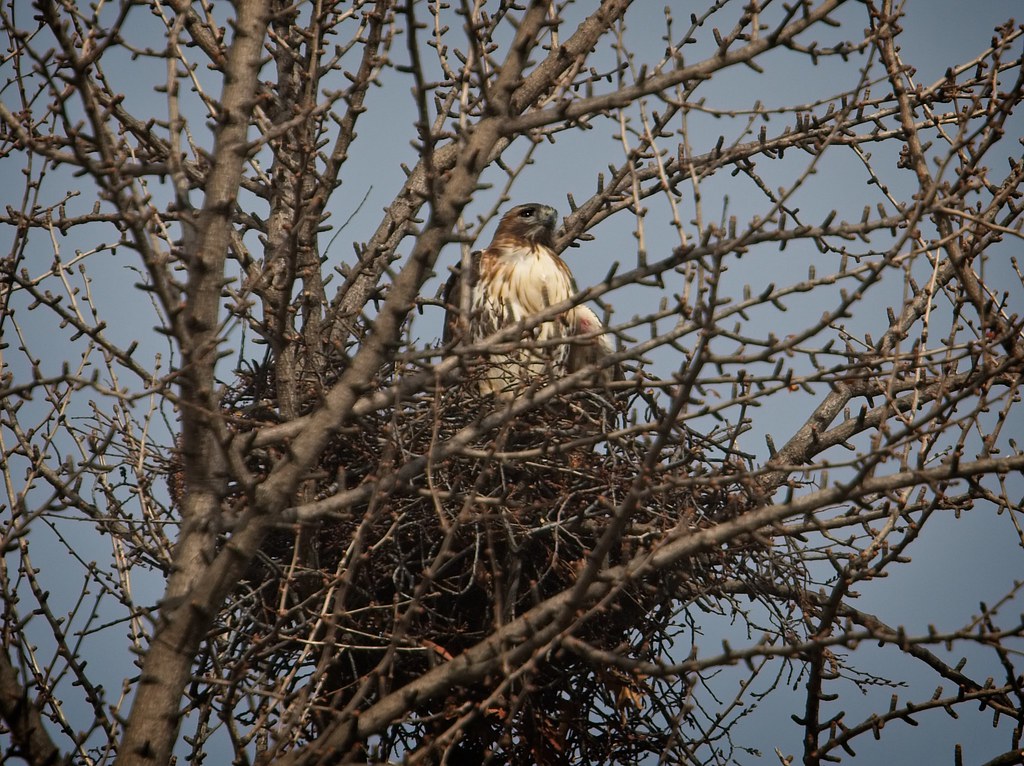 At sunset on Saturday, Dora chased what looked like another raptor out of the park.  This is good news as it means she's getting back into her role as territorial defender.  Afterwards, she perched on top of the Boys Club on Avenue A and 10th Street.  Urban Hawks has some video of her here.

In the video, you can see how her left wing flops out as she perches.  Her wing is not broken and she is no longer injured.  This is just how she is now and she's doing fine.  I realize people might see her and be alarmed at the sight of her wing looking that way, but she is okay.

On Sunday afternoon, an immature red-tail suddenly appeared in a tree near the nest and Dora chased it away, further proving she is recovering nicely.  Dora then flew to a high terrace on the Christodora building and kept watch of the area for almost an hour. 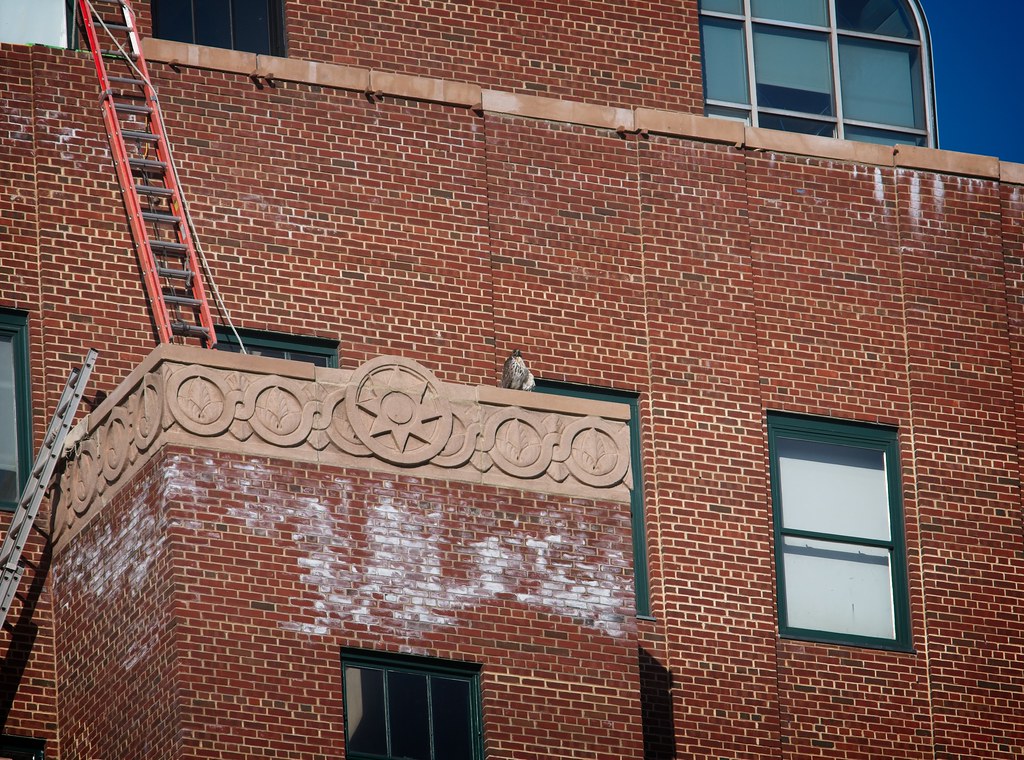 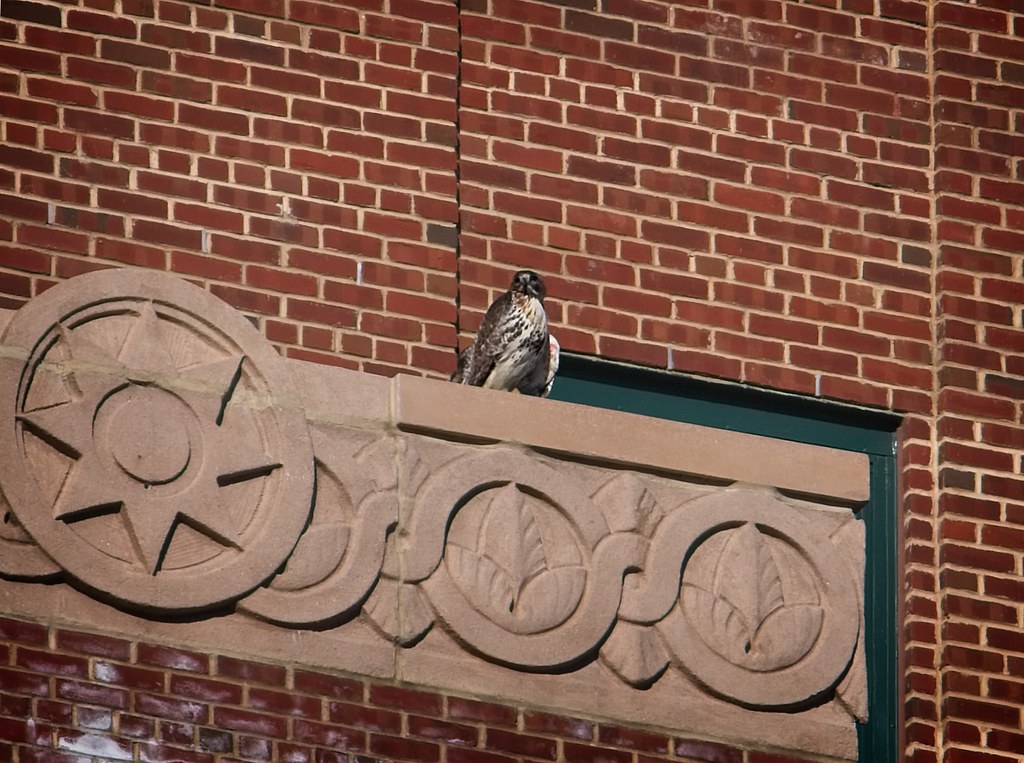 Eventually, Dora took off and flew to a high perch on a building at 7th Street and Avenue B, where she was immediately mobbed by crows. 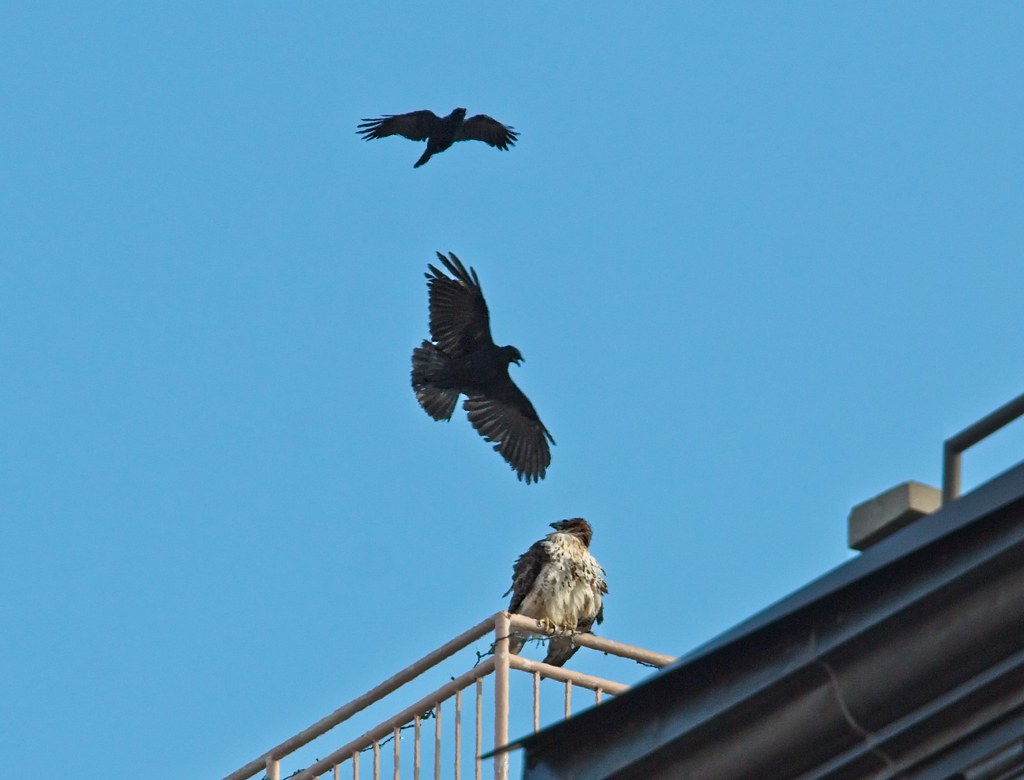 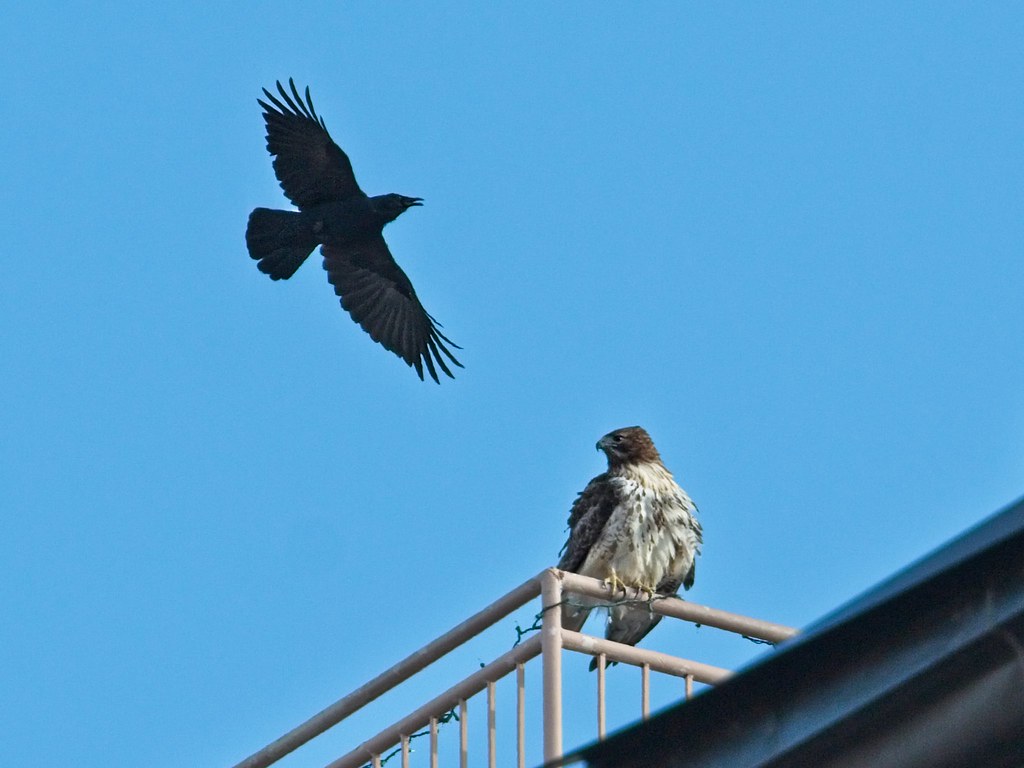 She didn't seem phased and the crows moved on.

Just before sunset, Dora caught and ate a pigeon at CHARAS on 10th Street.  Urban Hawks has more photos and video of her here. 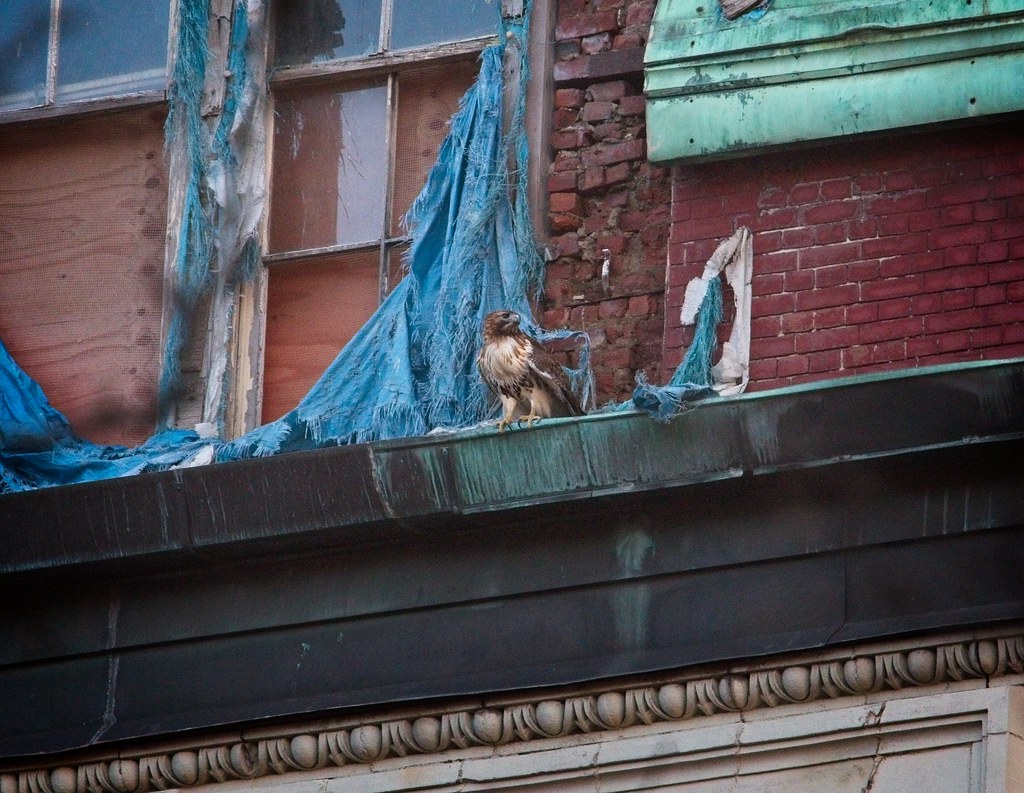 After dinner, Dora perched on a building along Avenue B and watched the sun go down.  She's always loved sunsets, usually watching them from the cross at Most Holy Redeemer church on 3rd Street.  As yet, Dora has not made it to that perch (the highest in the neighborhood), but I have confidence she'll be back up at her favorite spot soon. 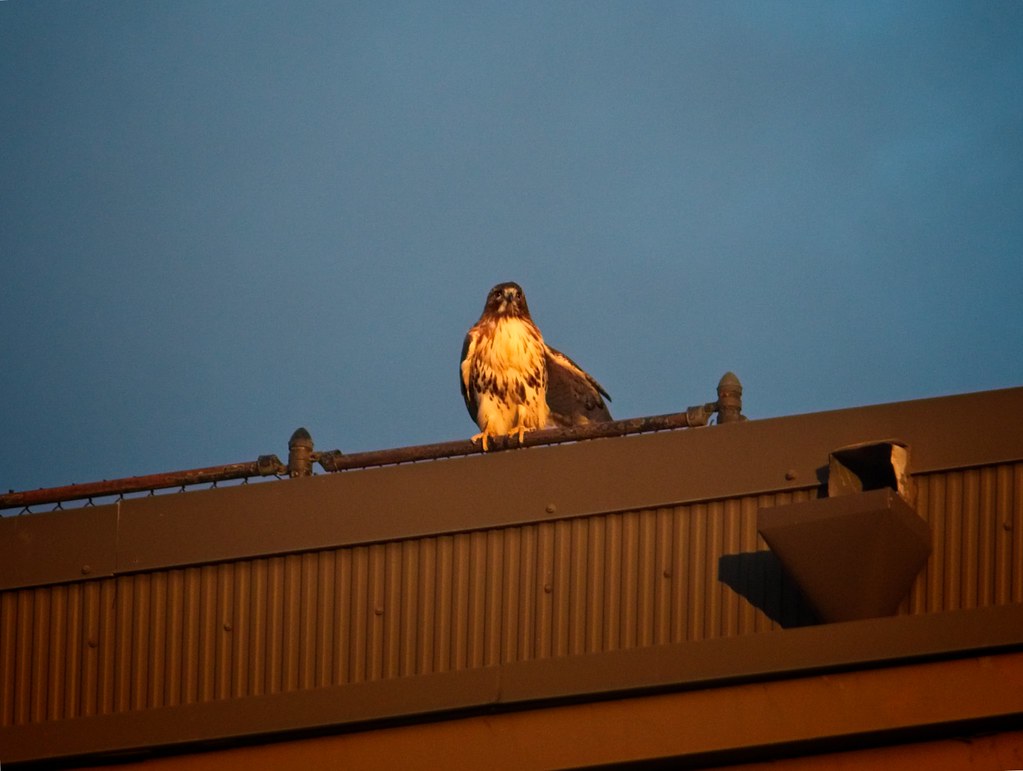 Meanwhile, I caught a glimpse of Nora perched on top of a Village View building around mid-day on Sunday.  Christo disappears from the park for long periods of time during the day, and I'm assuming he's with Nora, but I haven't been able to find out if they have a second nest or what exactly they're up to.  He returns to the park at the end of the day and both he and Dora roost in or near the park.

This evening, I saw Christo deliver a big rat to Dora before going to roost in the Krishna Tree.  Even if they don't have a family this year, they are still a well-bonded pair.