A fellow hawk-watcher told me he saw Christo and Dora mating during the snowfall in Tompkins Square this morning, so I trekked out in the storm this afternoon to see for myself.  By the time I arrived, Christo was off running errands, but I found Dora perched in exactly the same place she spent one of the previous snowstorms, back on March 7. 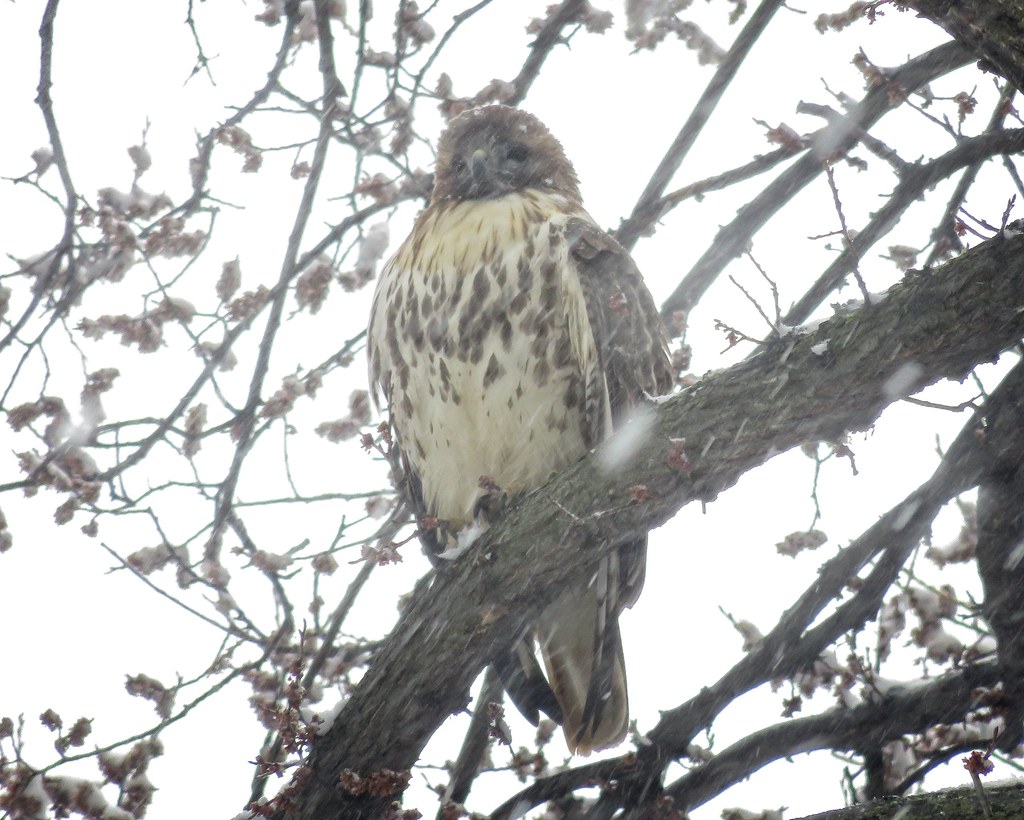 Some video from today:

Christo and Dora have been spending a lot of time together in the park.  On Monday, I caught up with Dora who was enjoying the late afternoon sun despite being mobbed by a pesky blue jay. 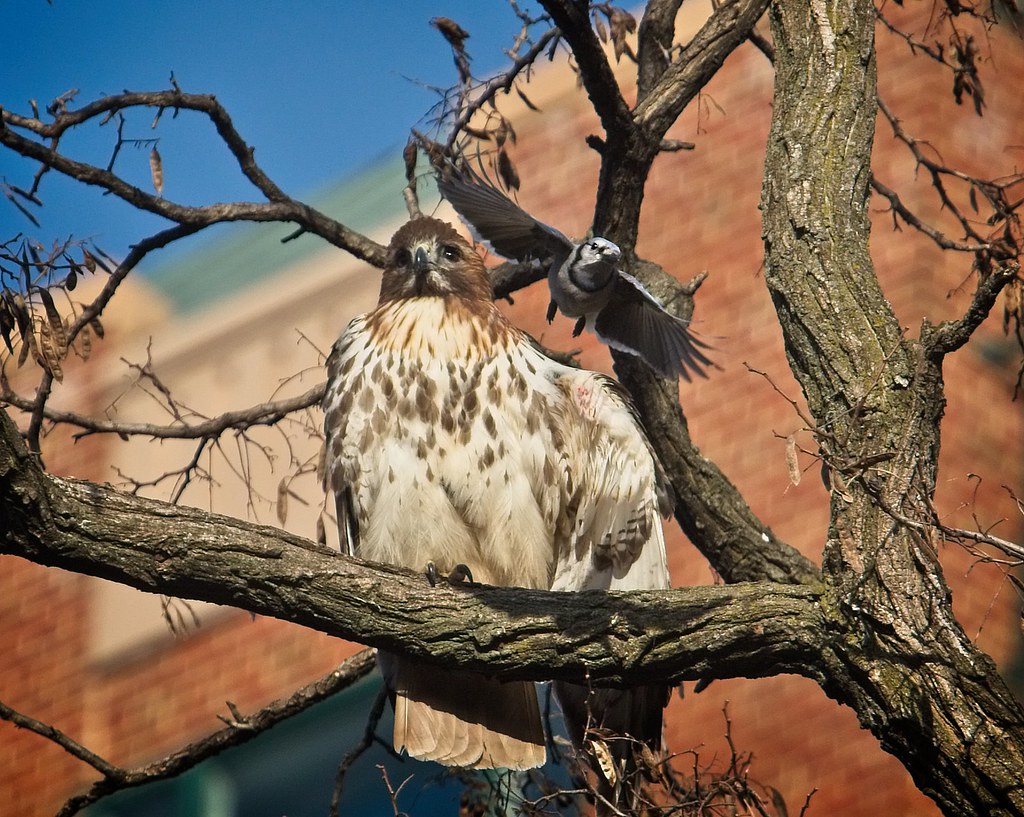 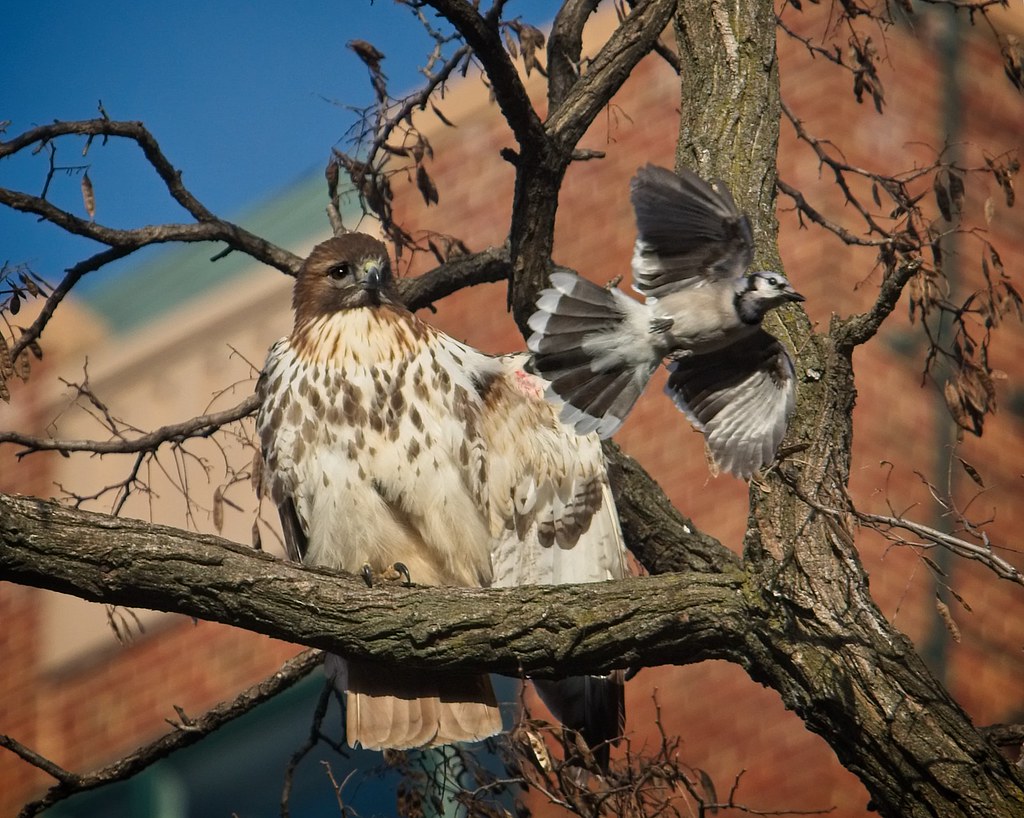 Christo soon brought Dora a rat, which she took to a nearby tree to eat.  As she did, Christo perched across the street and gazed her way. 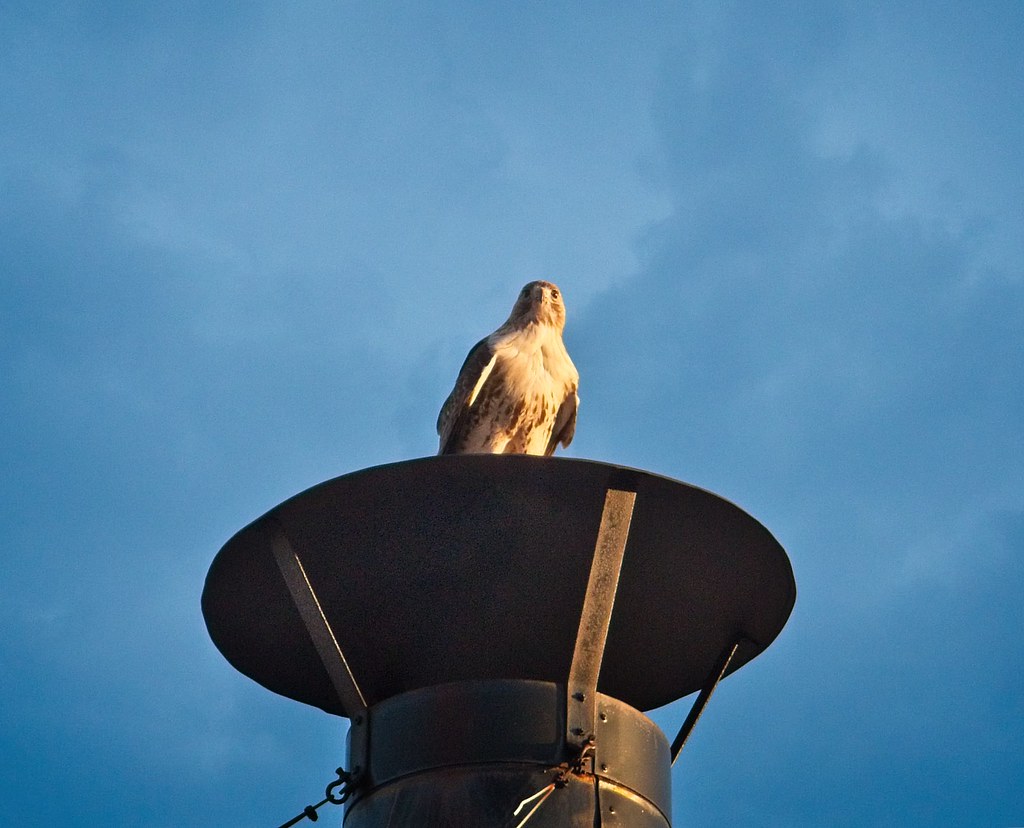 Before Dora could even finish her dinner, Christo swooped into the park and pounced on her back. 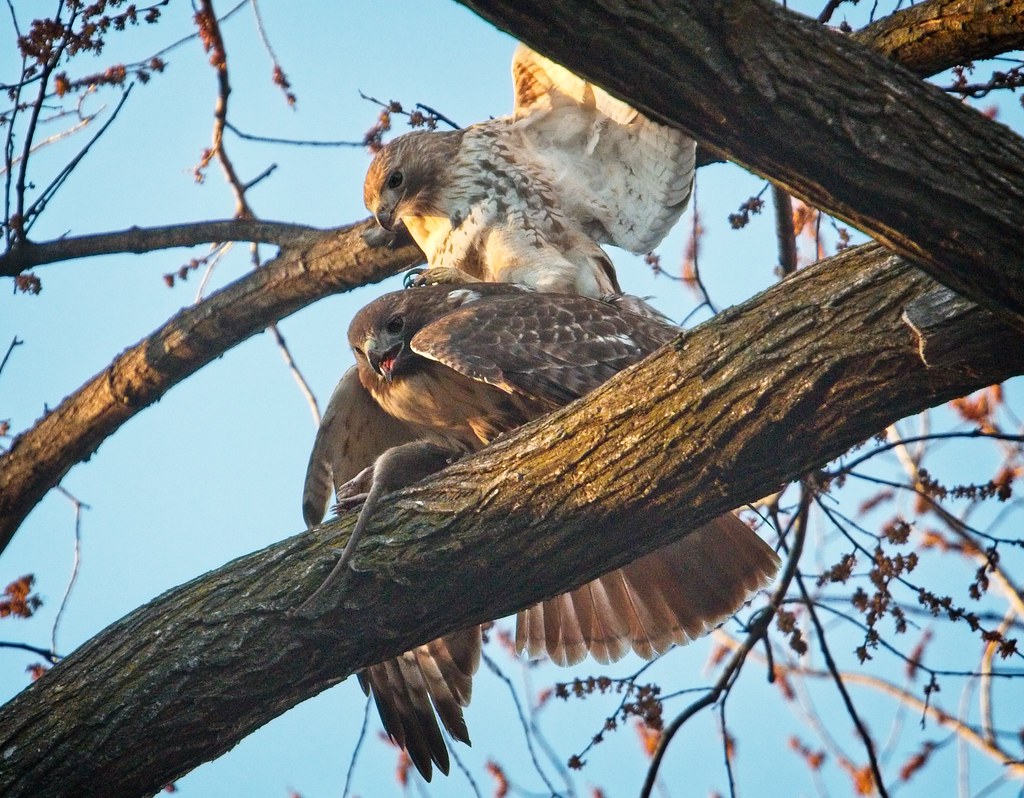 Dora made sure to hang on to the rat. 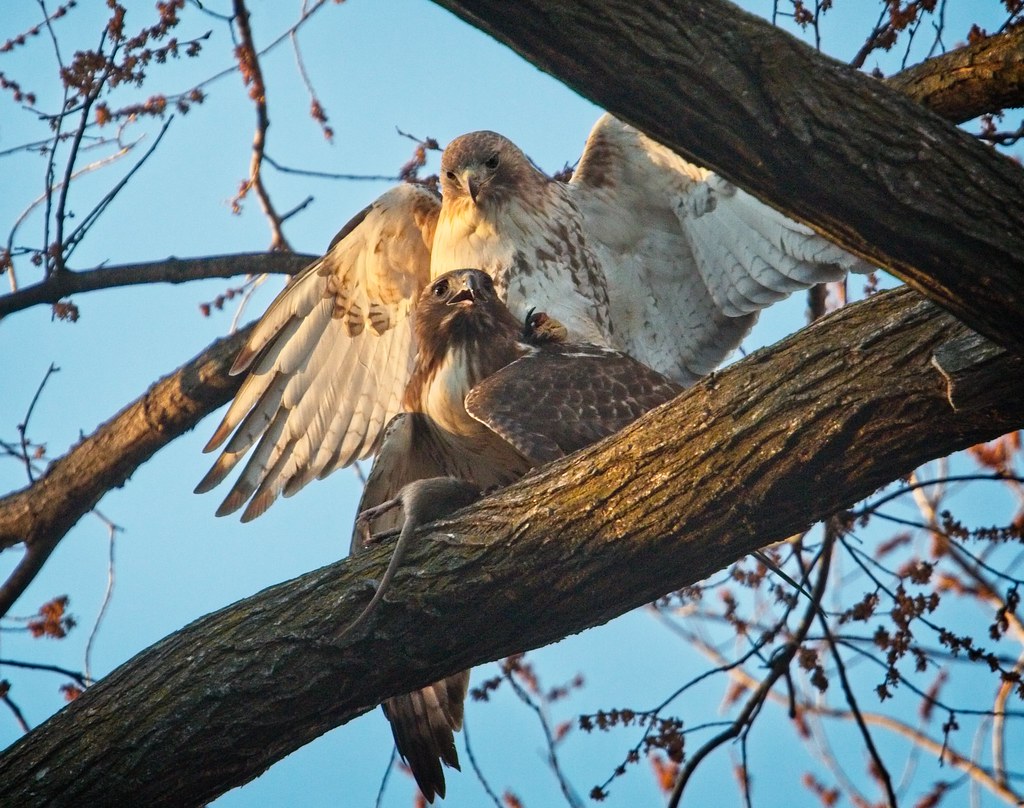 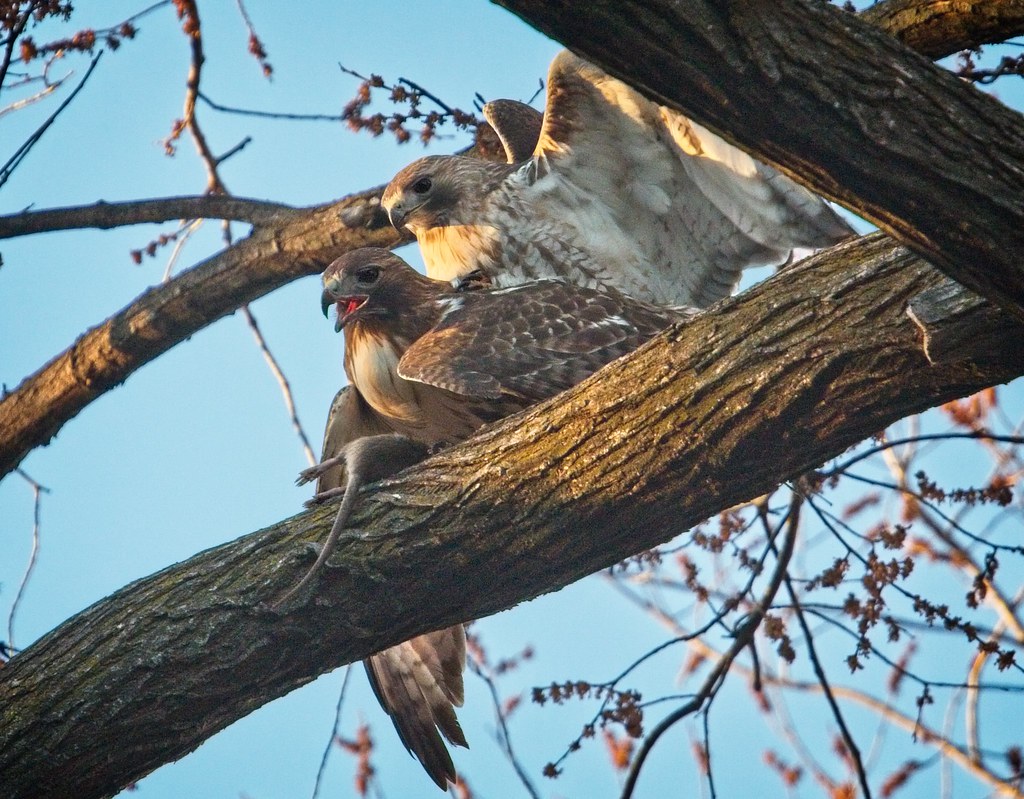 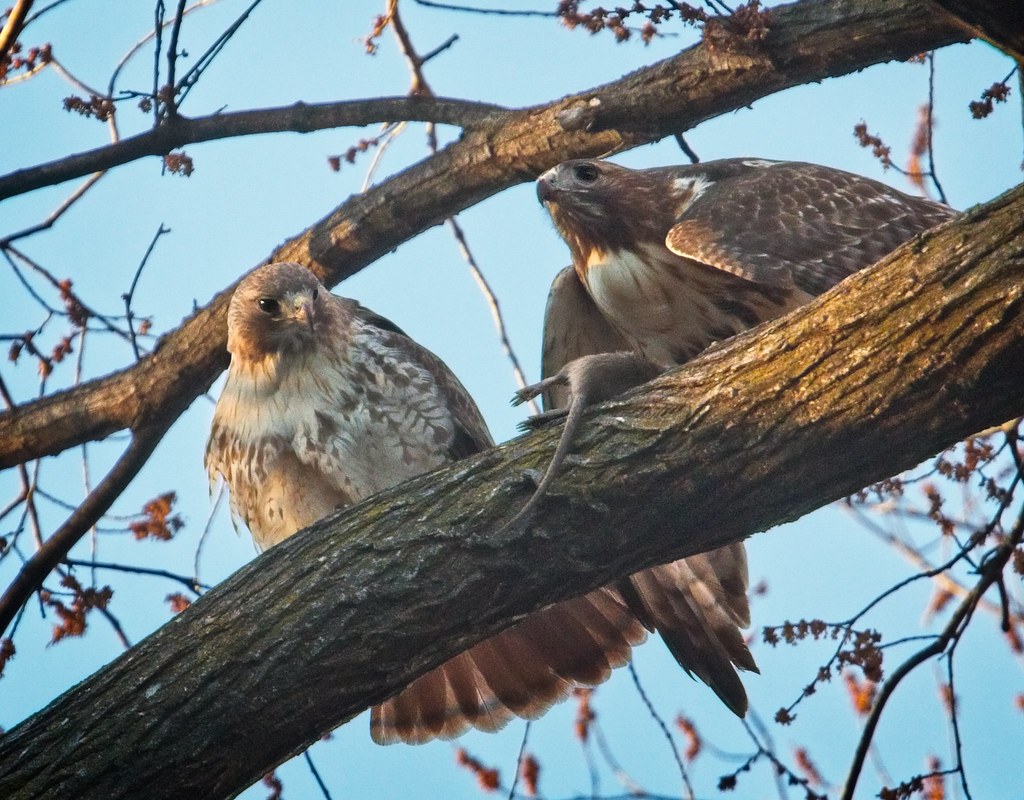 After mating, Christo went to work on the nest and Dora took her rat to a higher branch to finish eating. 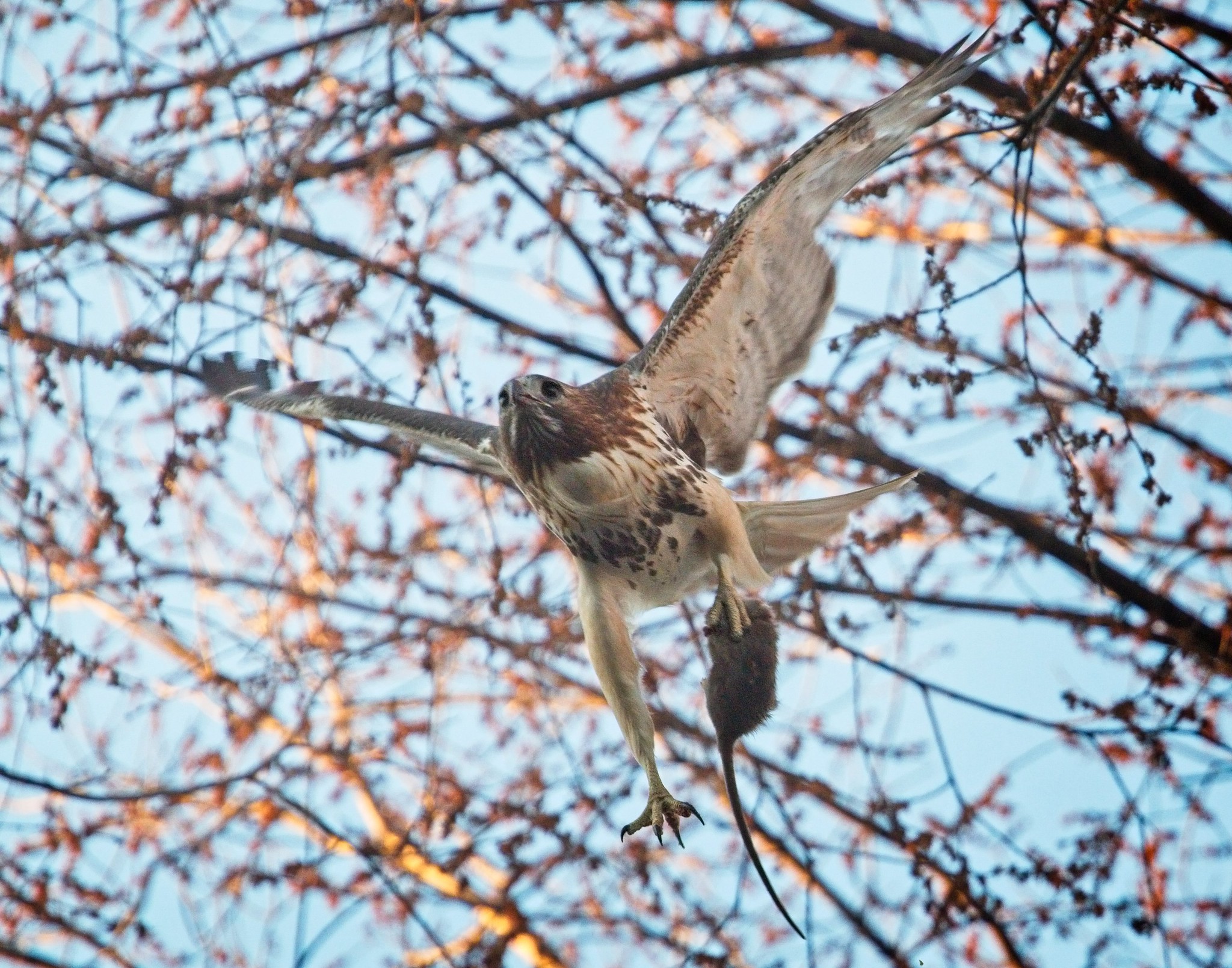 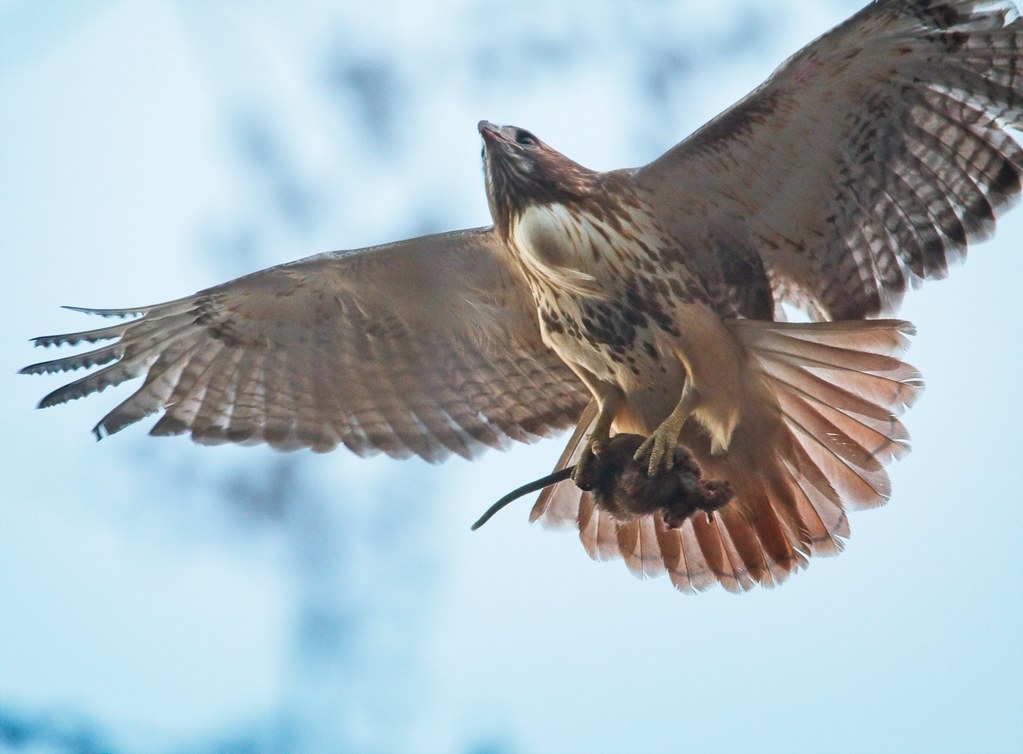 I hope to have an update on the status of Barucha/Nora soon.