Dora reclaims her throne atop the Christodora

Saturday marked a milestone as it was the first day since Dora's return to Tompkins Square on February 26 that I saw her perched atop the Christodora building on Avenue B and 9th Street.  Dora has been perching on the much-higher Village View complex along First Avenue, but I suspect she was waiting for the construction crew to leave the Christodora before venturing back to its roof.  Dora has always been less tolerant of human presence than Christo, who doesn't seem to care about people being around at all.

Below, Christo perches on the ladder while Dora is on the peak of the roof. 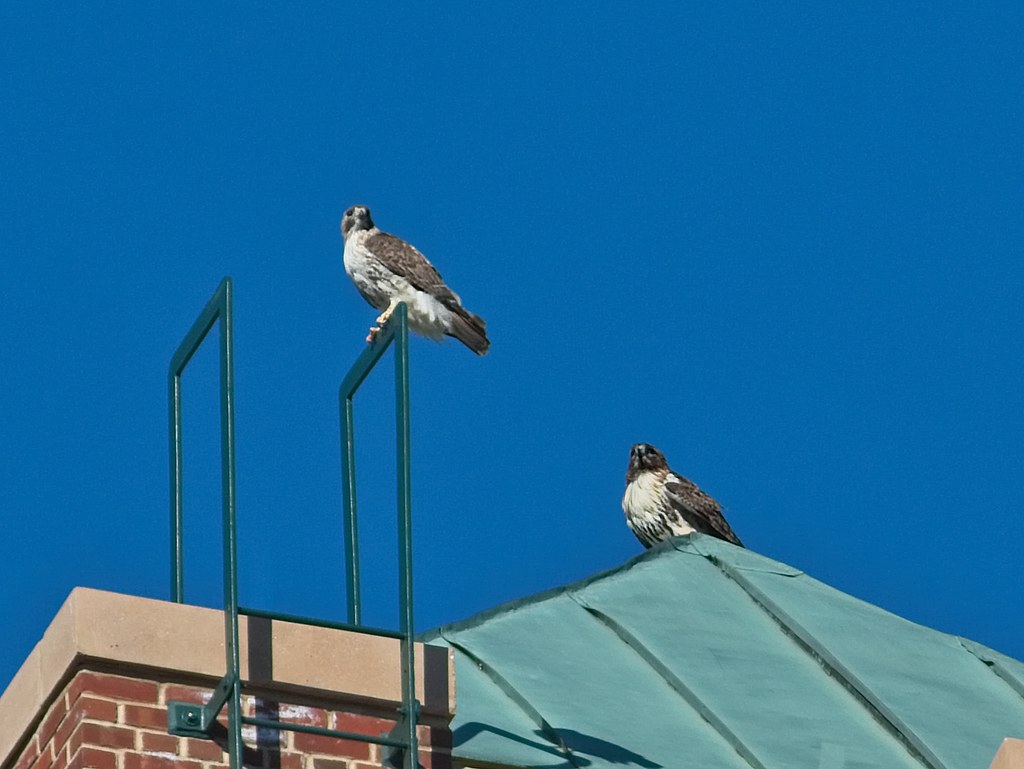 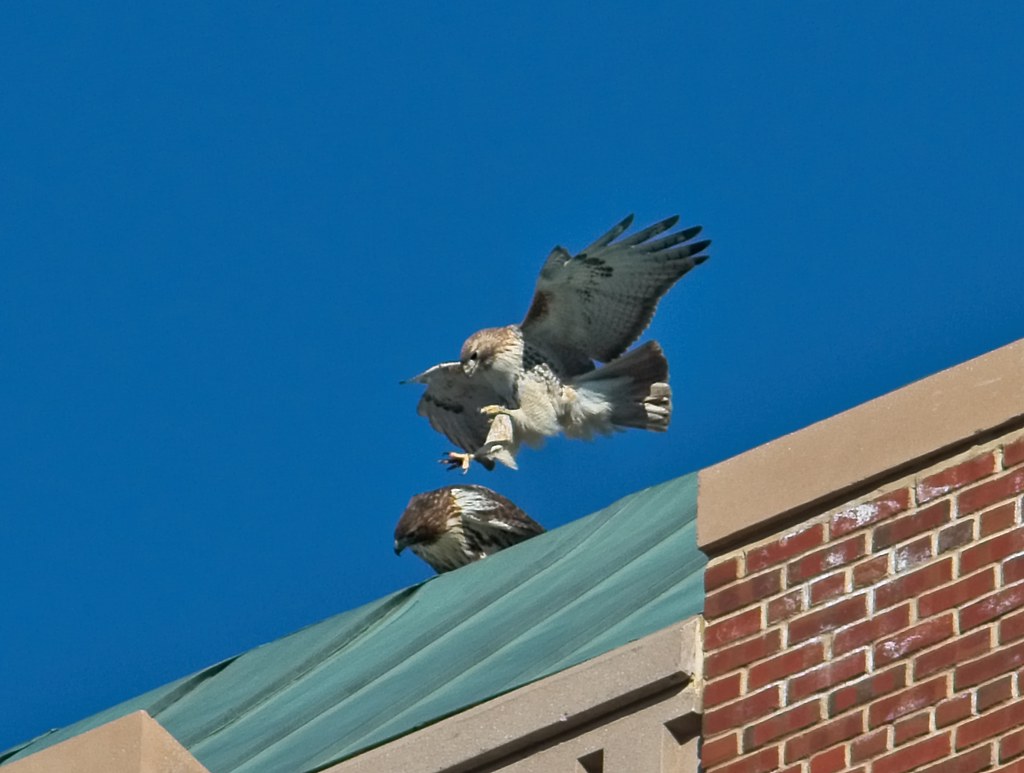 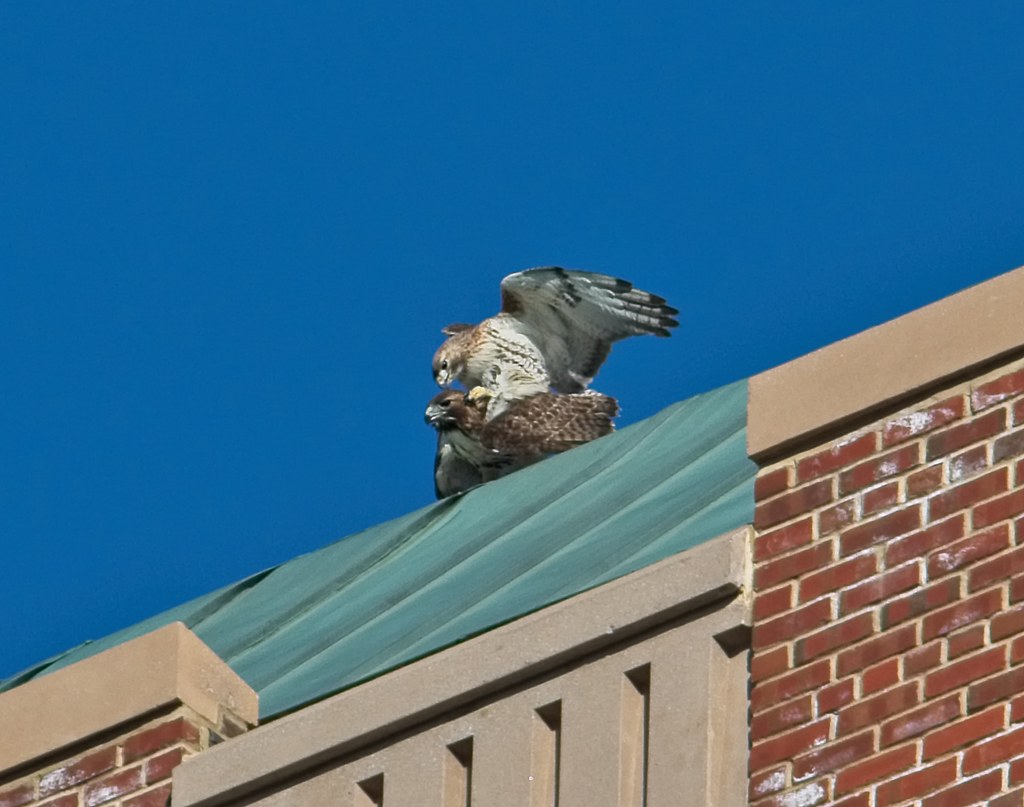 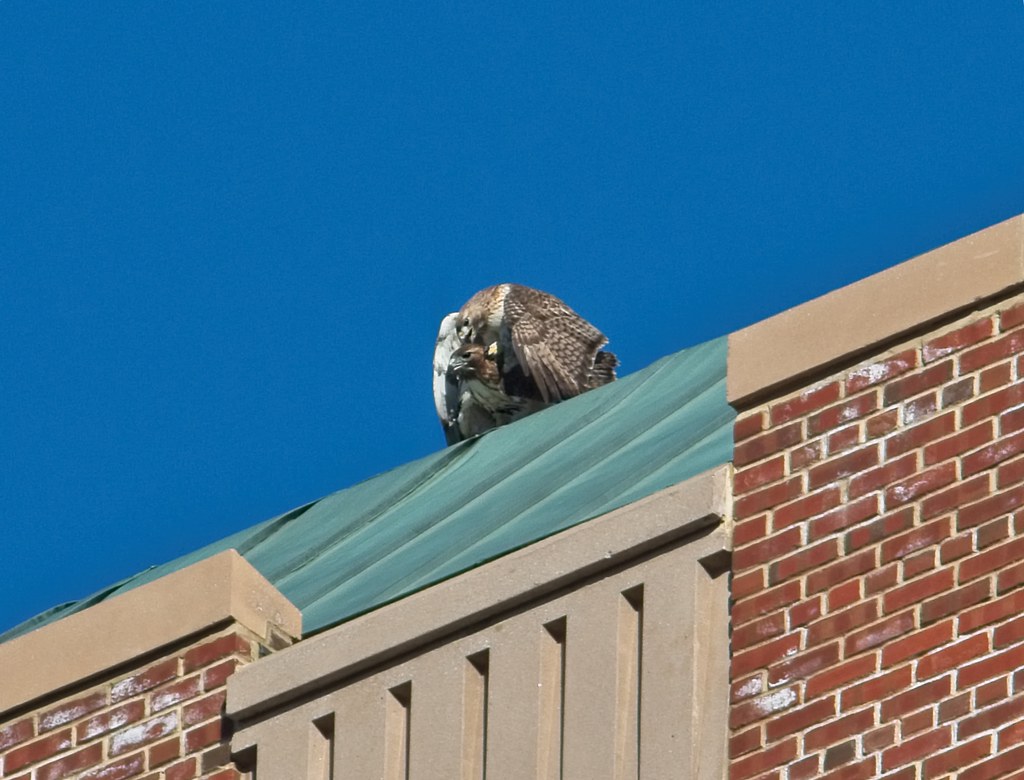 The Christodora was the first place I ever saw Christo and Dora mate back in 2014.  And that was the first time I'd ever seen hawks mate.  We're fortunate to witness the most intimate moments of these urban birds. 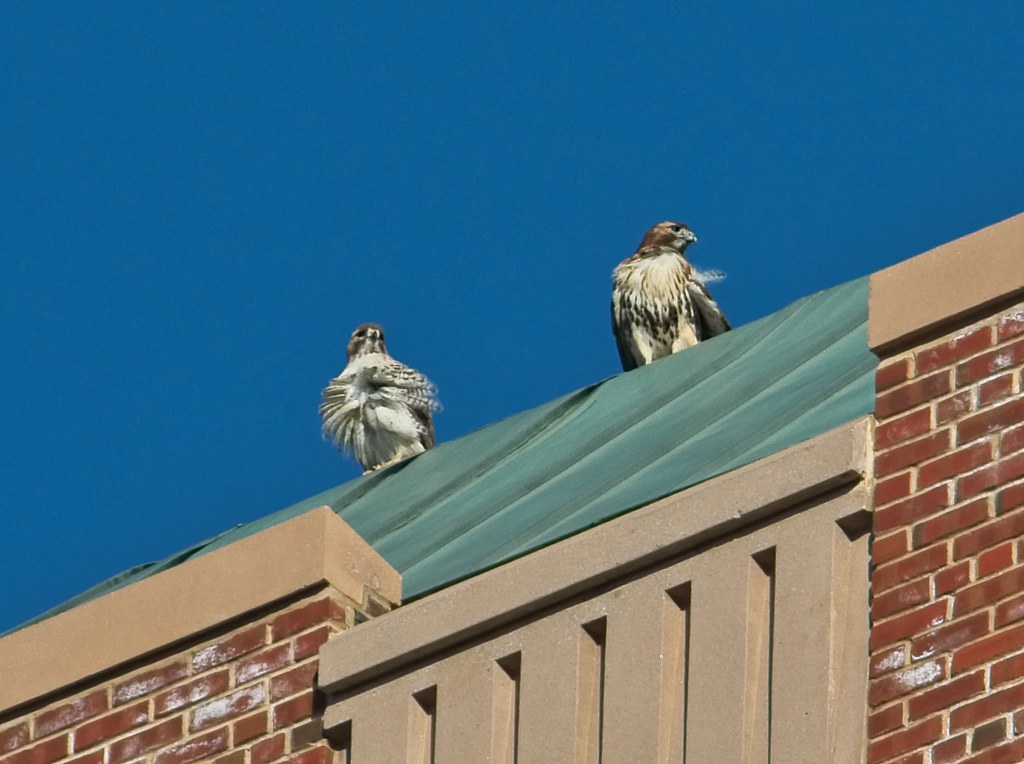 Later, Dora fussed around in the nest. 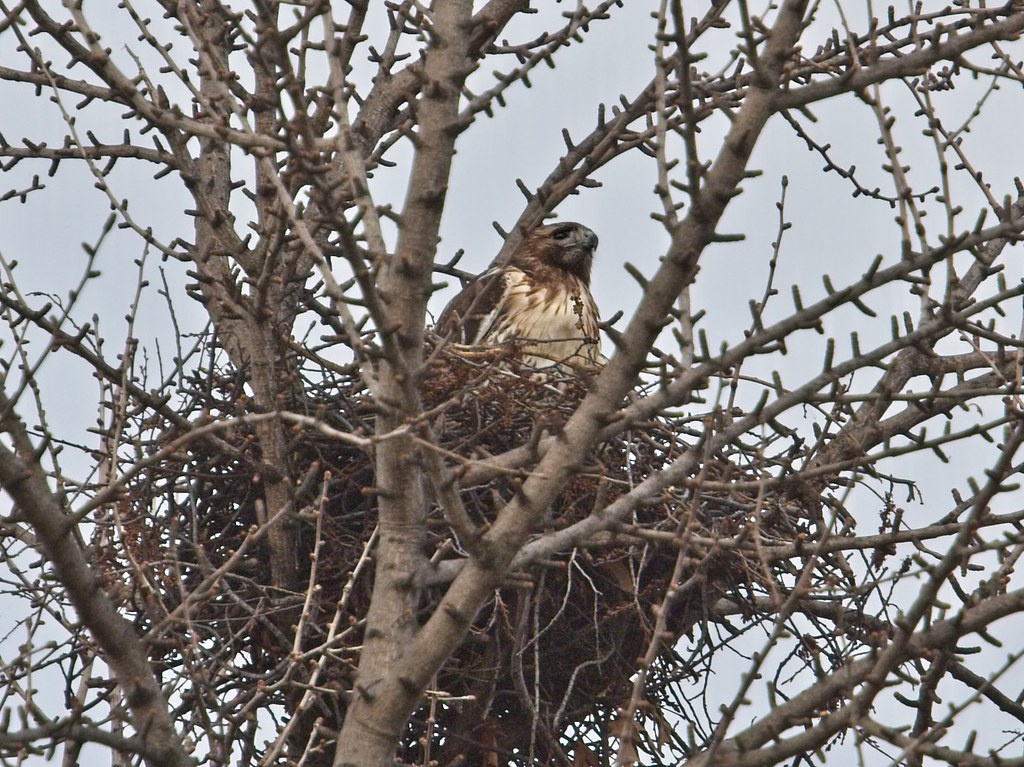 Christo did the same. He continues to bring sticks and bark into the nest and Dora arranges them the way she wants. 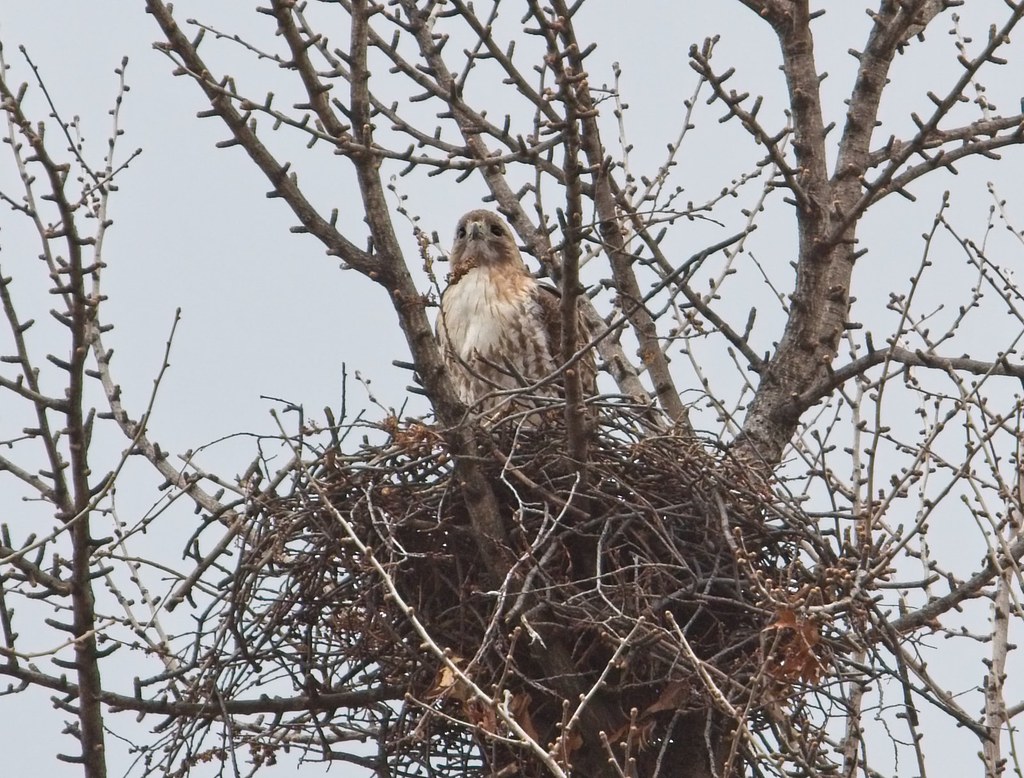 At sunset, Dora made a couple of nice close flyovers. 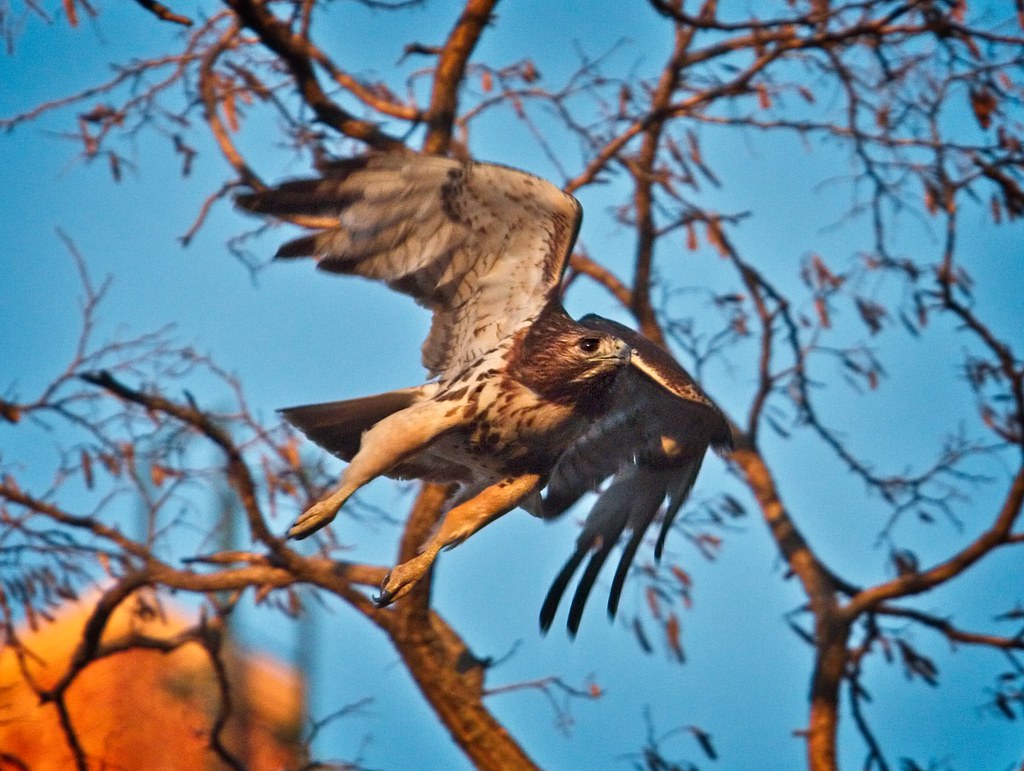 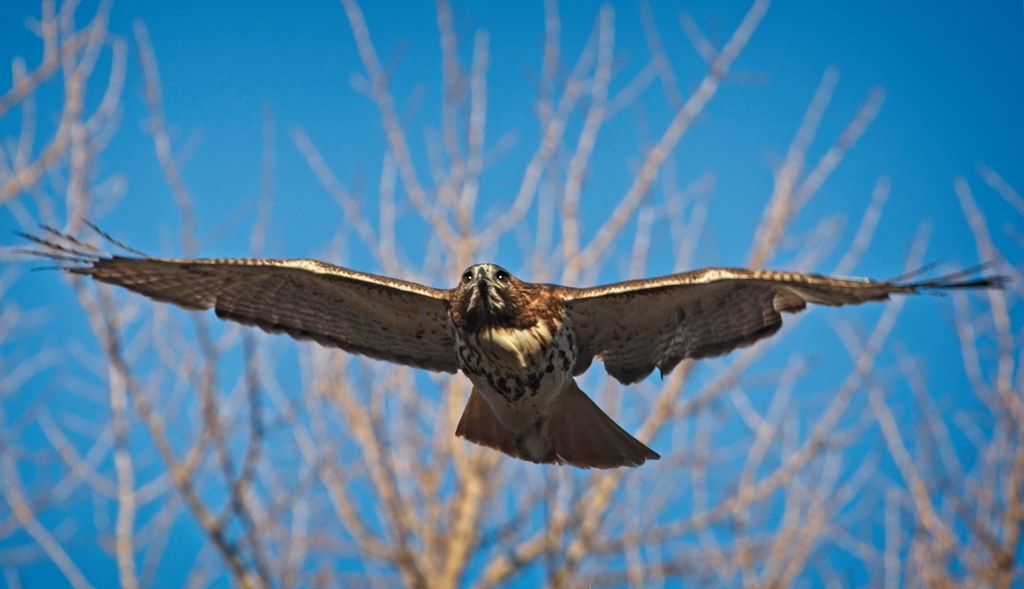 This is Christo diving off the Christodora, just before swooping up to the nest.  I have to believe the hawks enjoy these dramatic aerial moves. 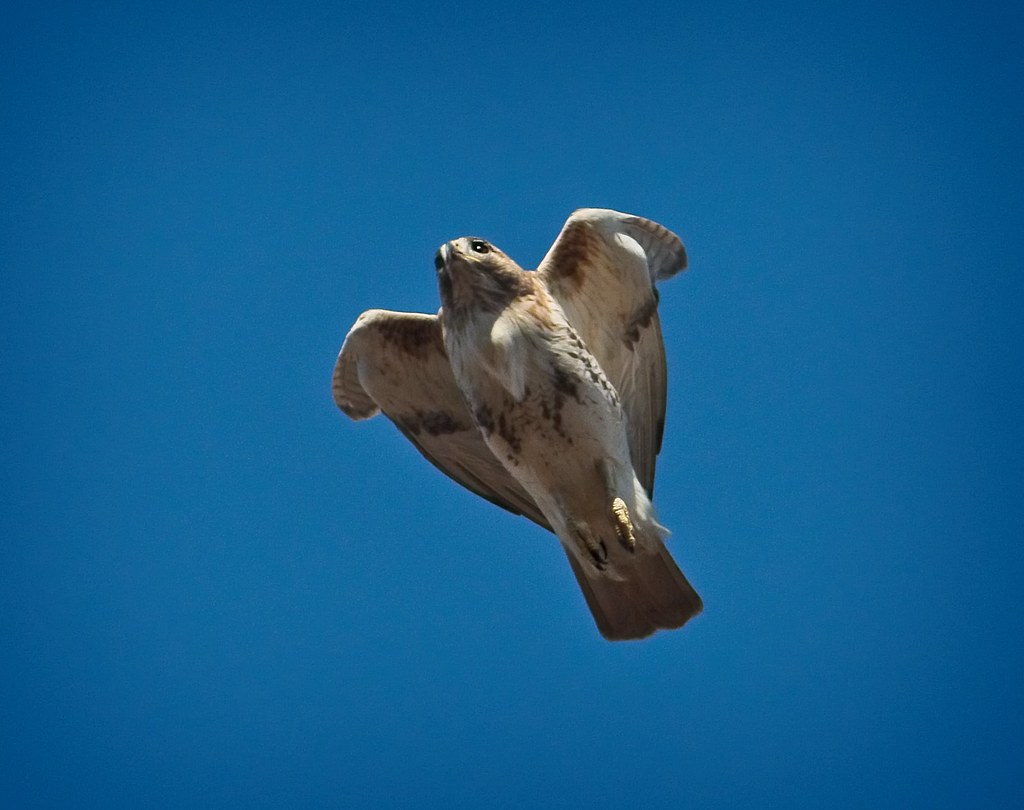 I spent a lot of time on Saturday and Sunday looking for Barucha/Nora.  The last confirmed sighting of her was two weeks ago when she and Christo circled over the park and Dora perched in a tree.  I looked at the air-conditioner nest in the Baruch Houses and, from the ground, it doesn't look like any activity is going on there.  It's possible Barucha found another mate or shifted her territory further south.  I'll continue to look for her as she could have another nest going in a different location.