Dora is settling in well, dealing with bad weather

Red-tailed Dora is settling back in to Tompkins Square pretty well.  She and Christo have been working on the ginkgo nest together in the mornings and she's been spending her days in and around the park.

I was worried about how Dora was doing in today's nor-easter storm, so I ventured out to the park this afternoon and found her perched in a tree near the chess tables.

Talk about a bad hair day... 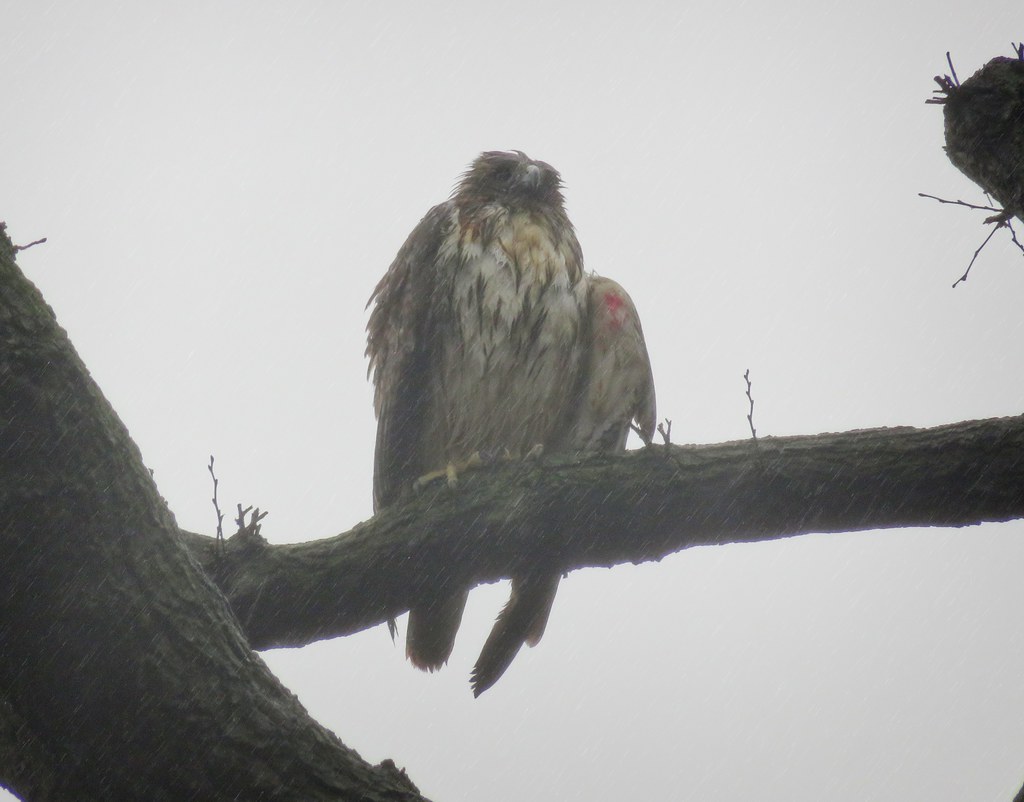 I was concerned about Dora's droopy wing and how she was dealing with it in the wind, but she seemed to be managing just fine.  Here's some video:

This is how she looked on Wednesday, when weather conditions were much better. 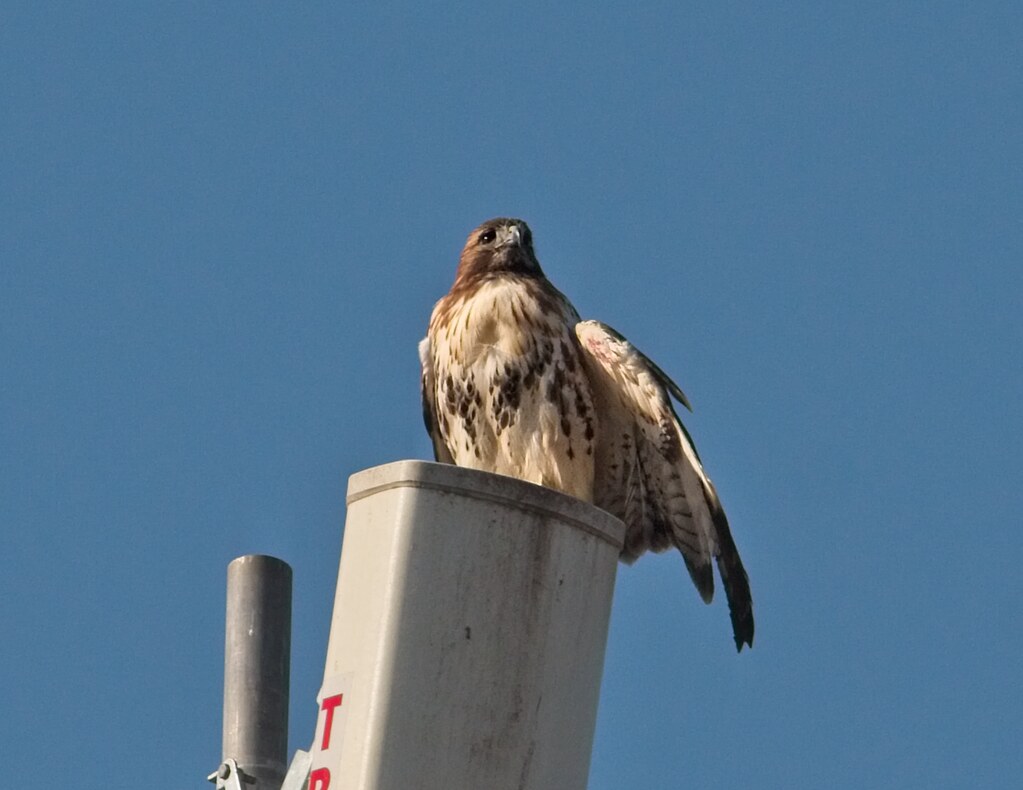 Her left wing will likely always flop out like that.  She can pull it in, but as she perches, the wing relaxes and drops down.  She has healed from her injury and there were no broken bones, so this is just the way it is.  Dora can fly, so she just needs to readjust to the way she is now. 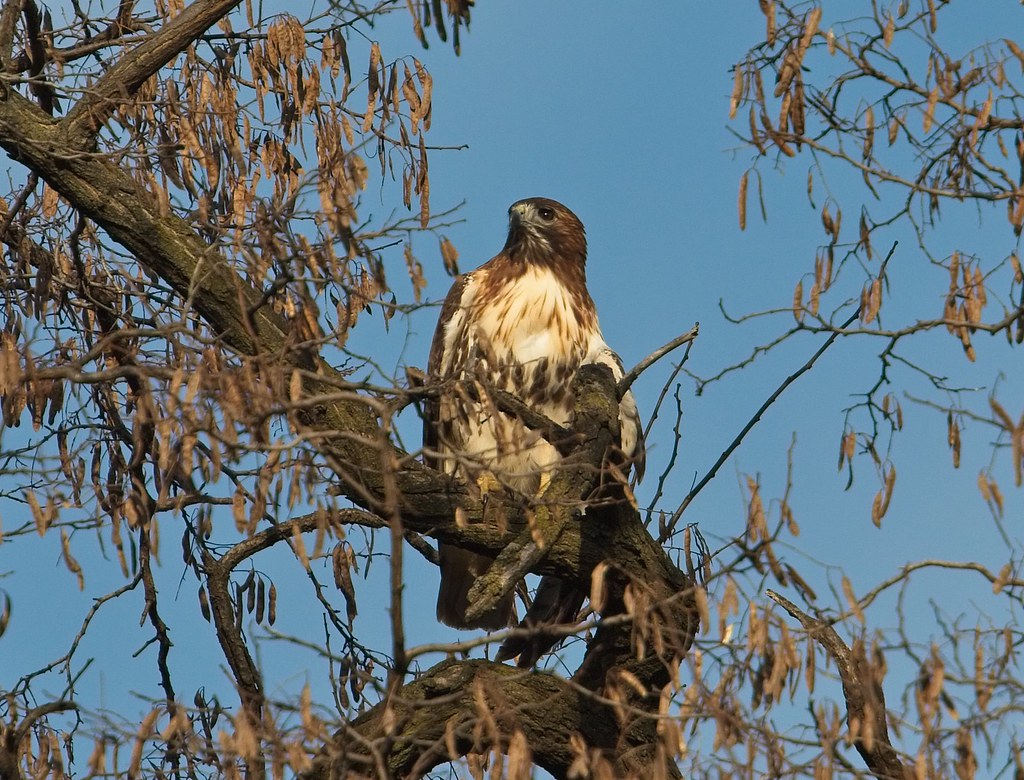 Up in the ginkgo nest: 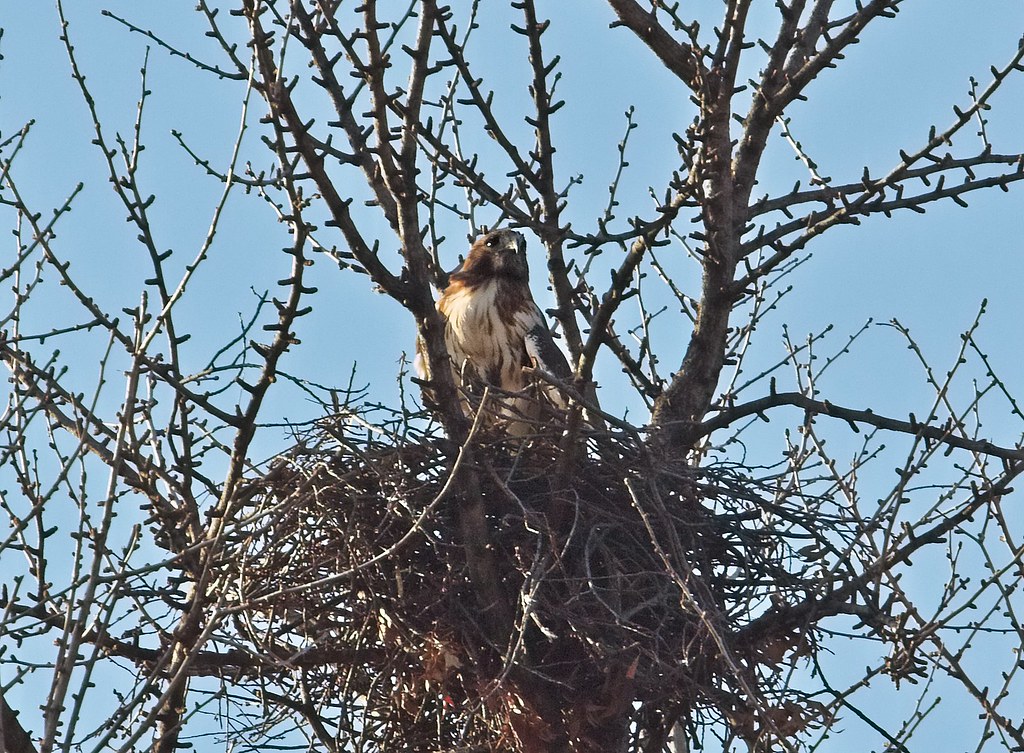 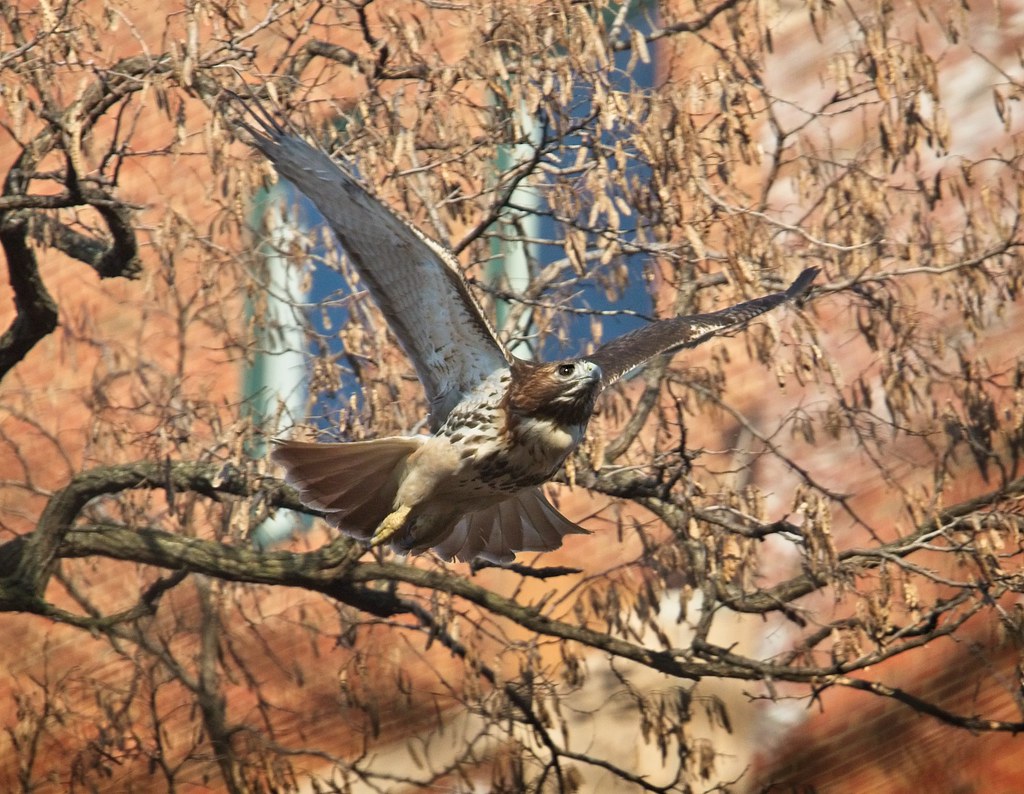 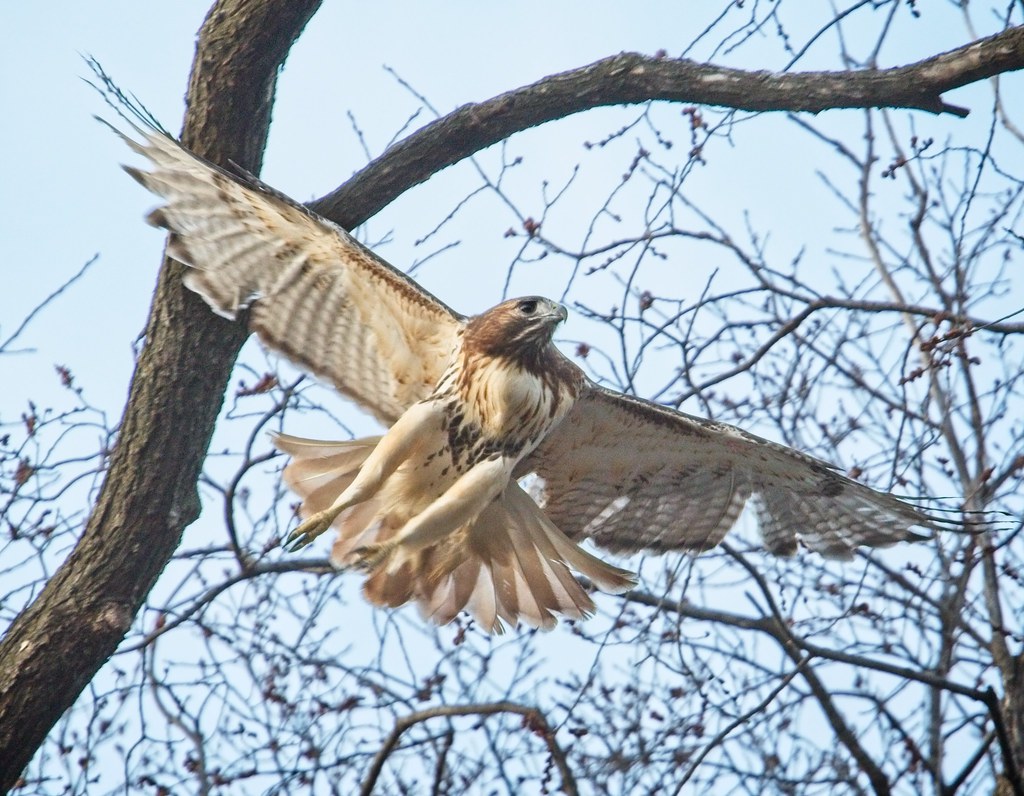 I hope to have more updates this weekend after the weather improves.