After the storm, with Christo and Dora

After Saturday's blizzard, both Tompkins Square hawks, Christo and Dora, are accounted for and are doing fine. 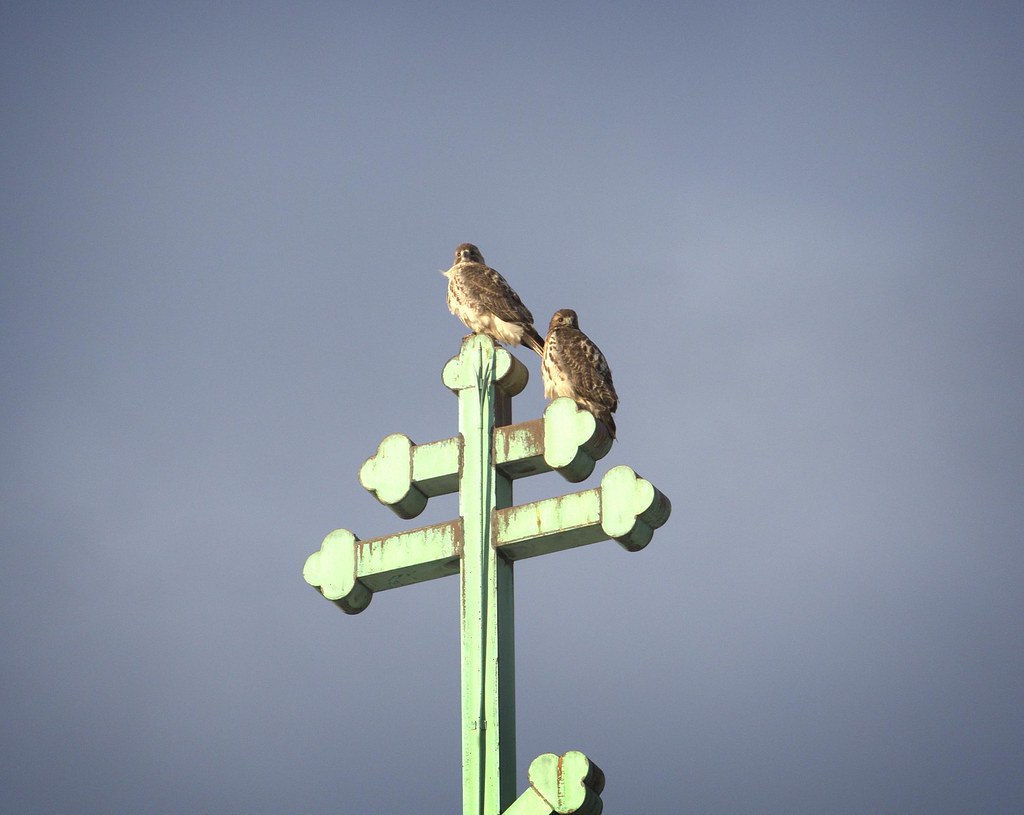 Christo up top, Dora on the right.

On Sunday, they both spent some time around the park.  Christo looked so white in the bright sun. 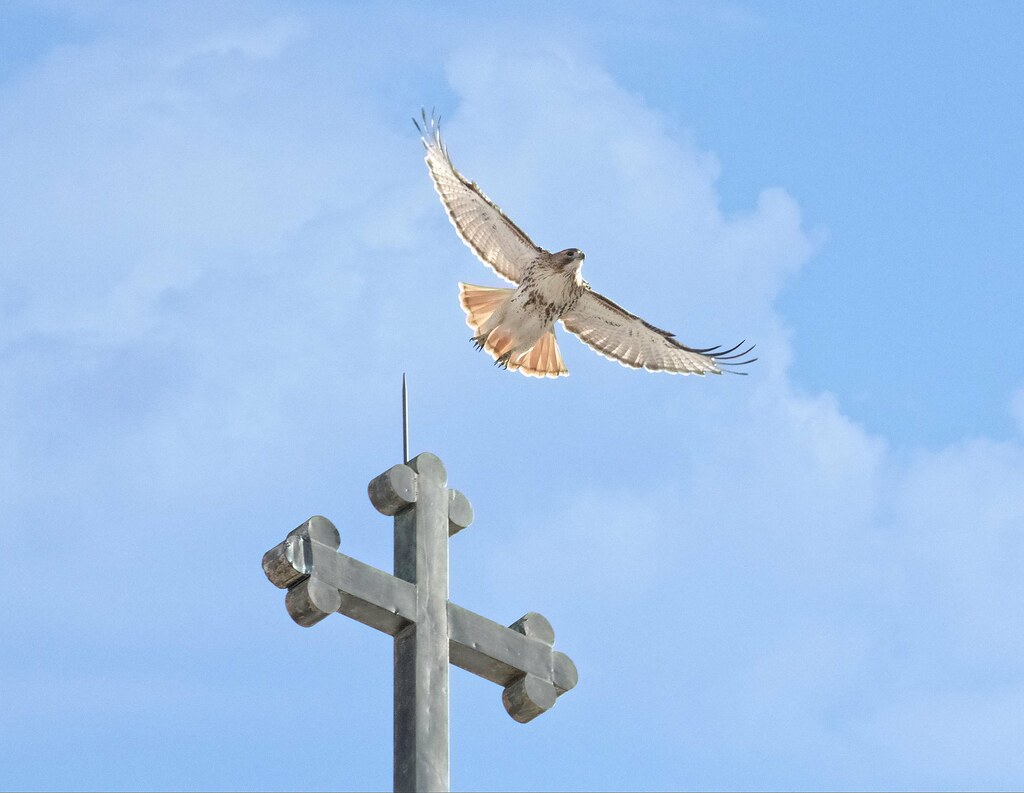 At one point in the afternoon, a Peregrine falcon flew high over the park, but didn't stay long. 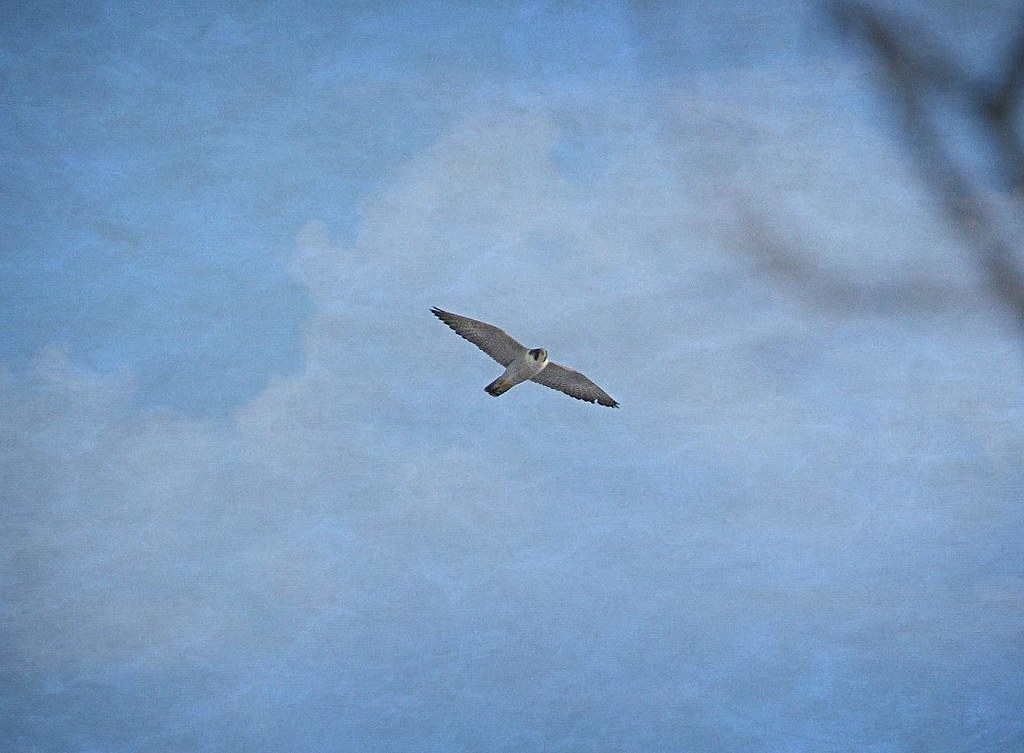 Maybe it was because the falcon was in the area, but the hawks spent a lot of time on their church cross lookouts. 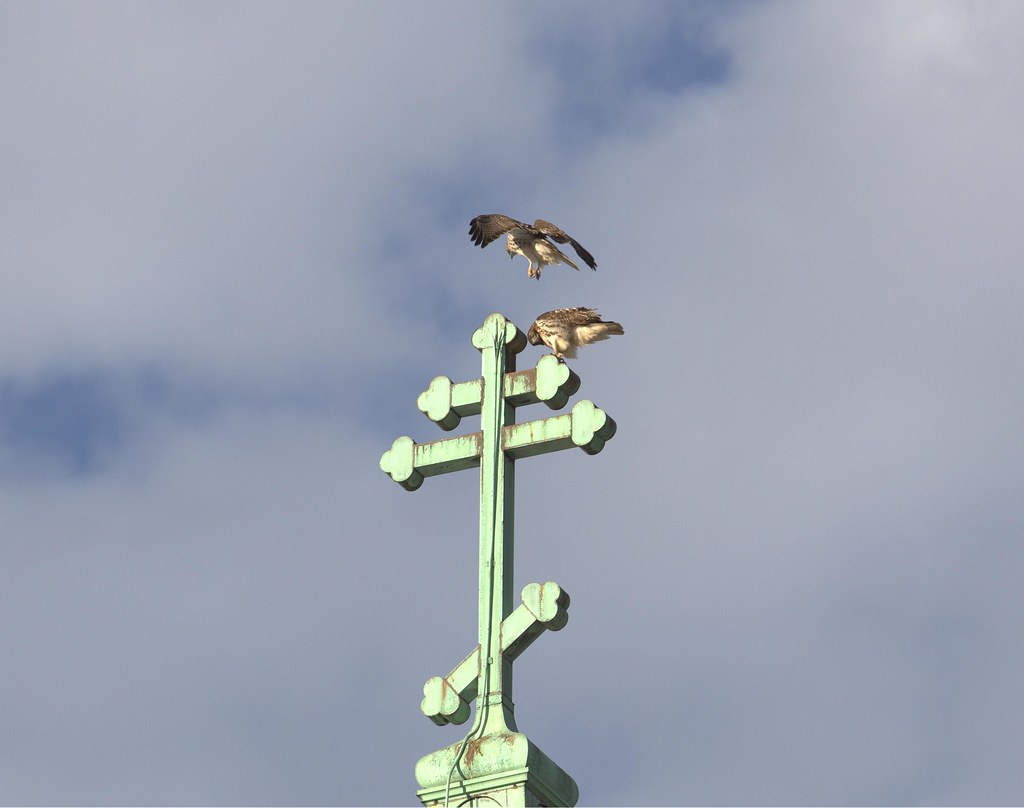 I like how Dora ducks as Christo comes in for a landing. 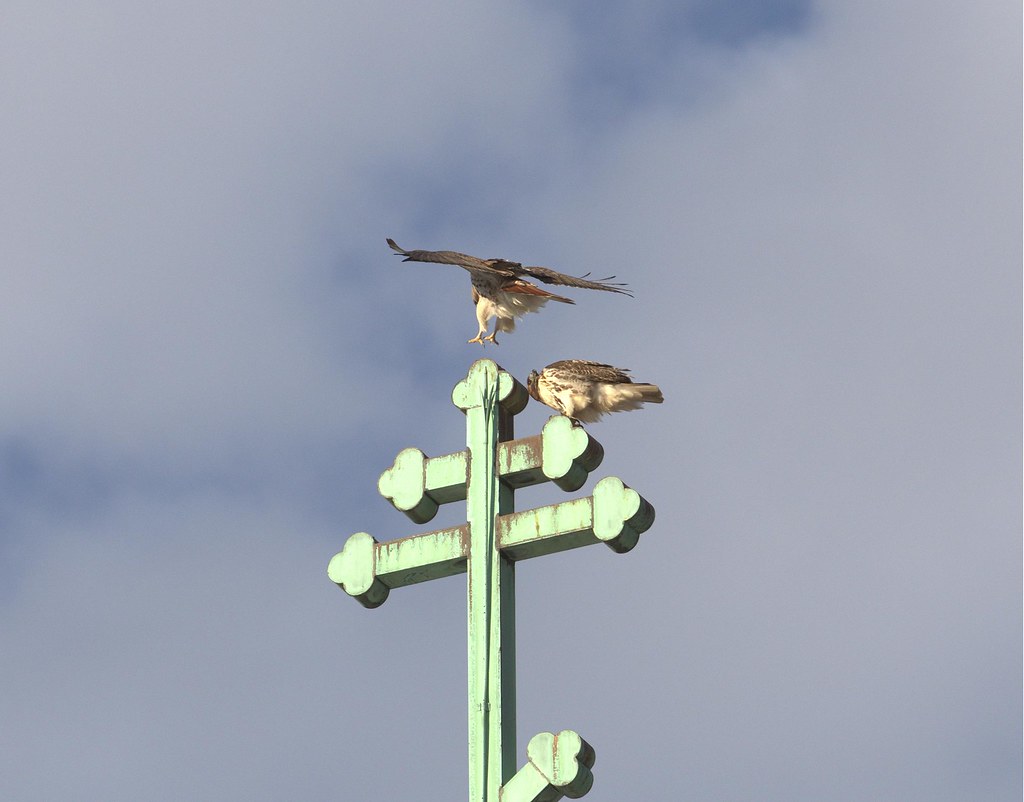 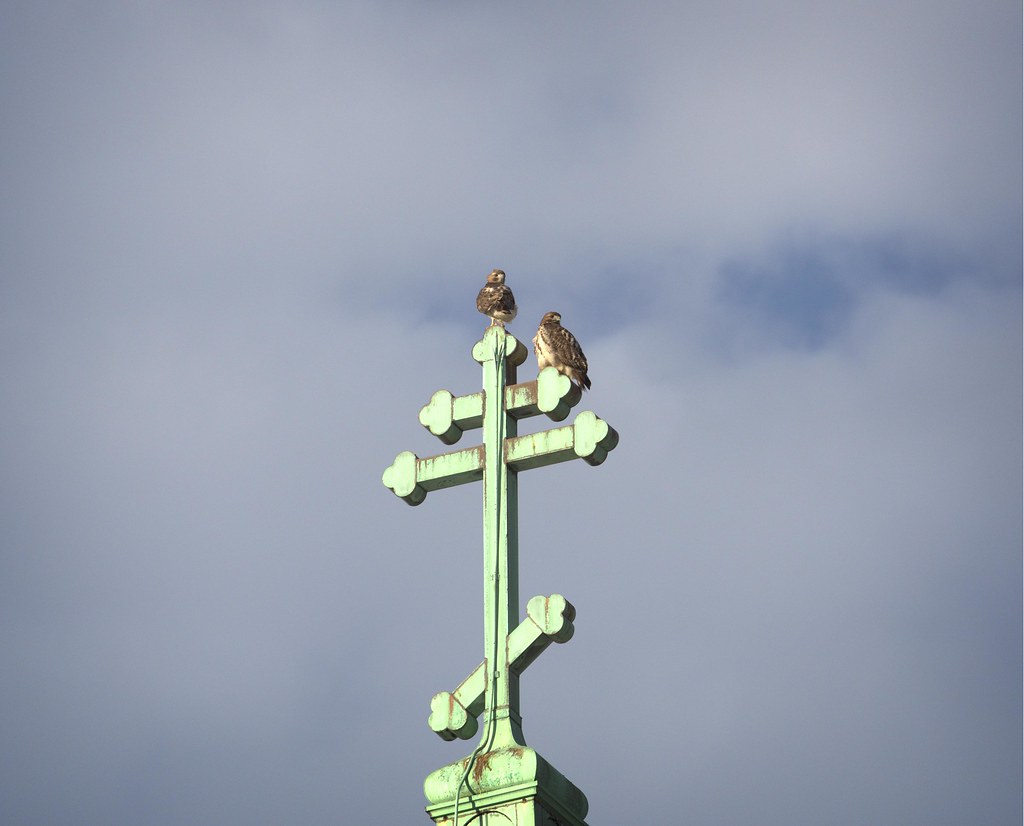 While the hawks enjoyed the sunshine, some other creatures made appearances in the park.

This rat struggled to wade through the snow... 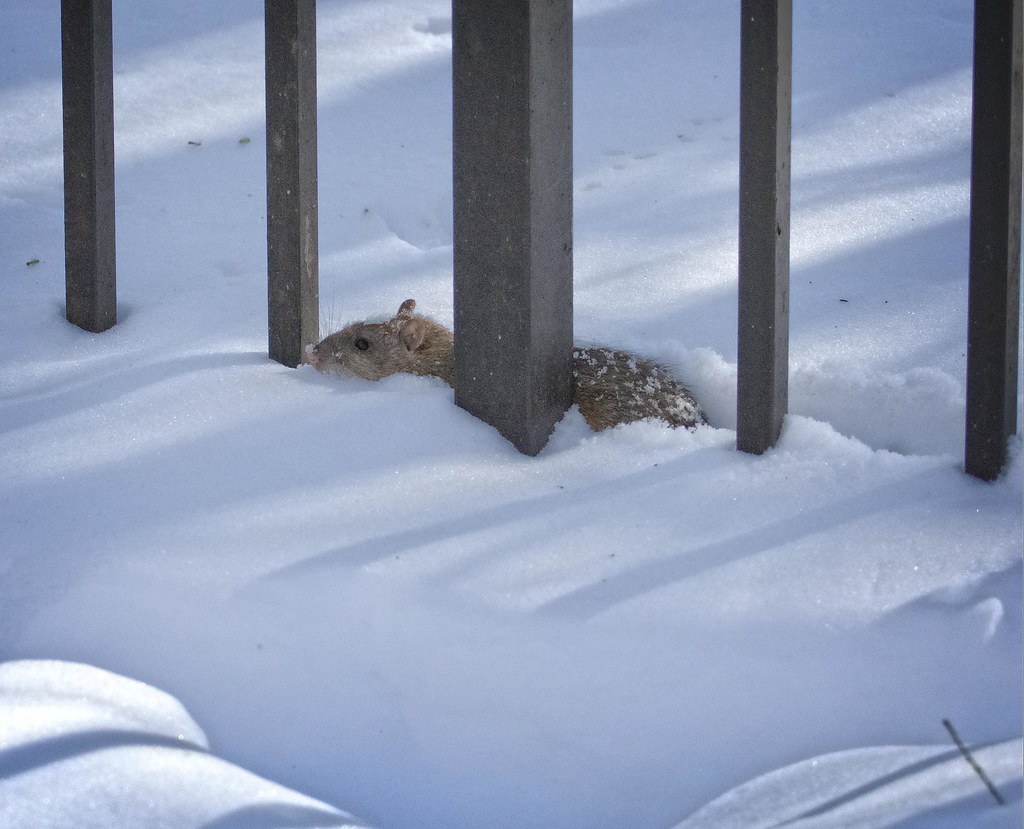 ...before finally learning to fly. 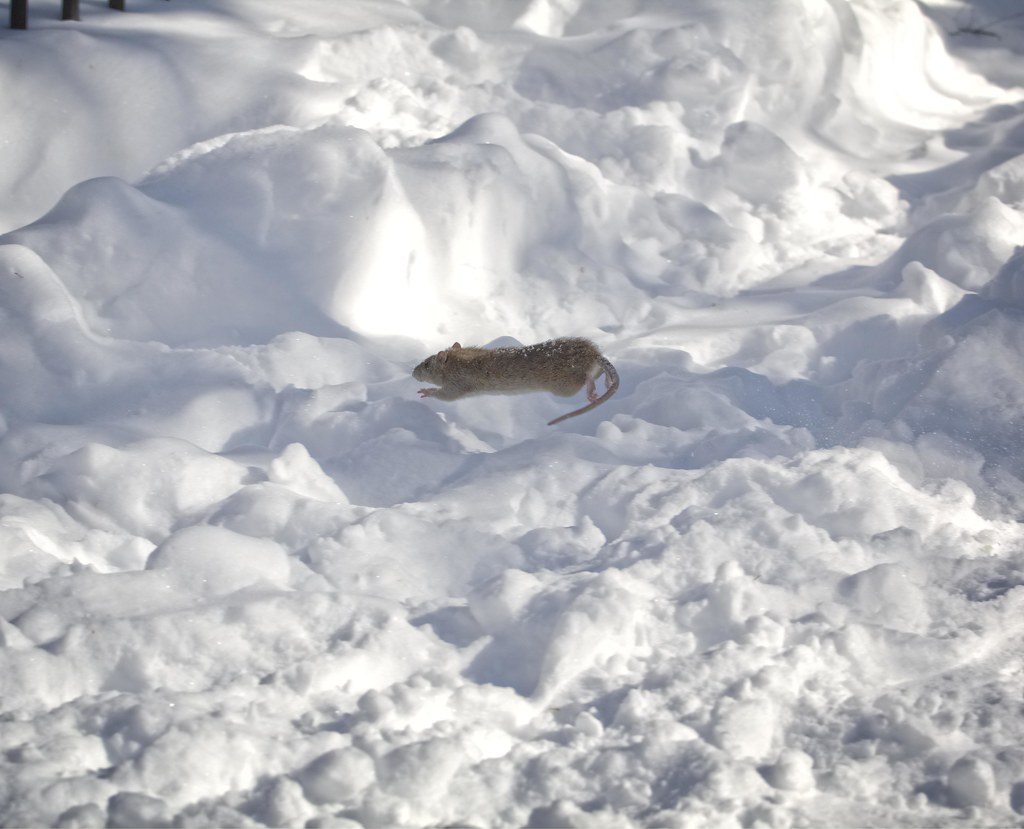 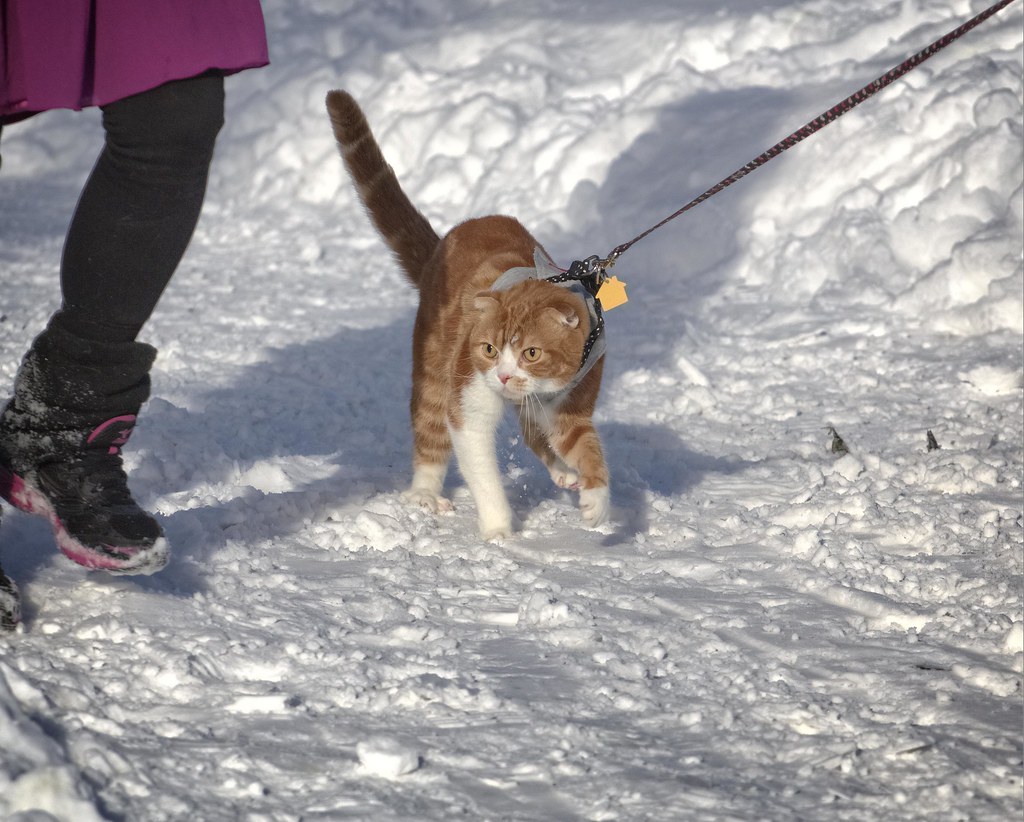 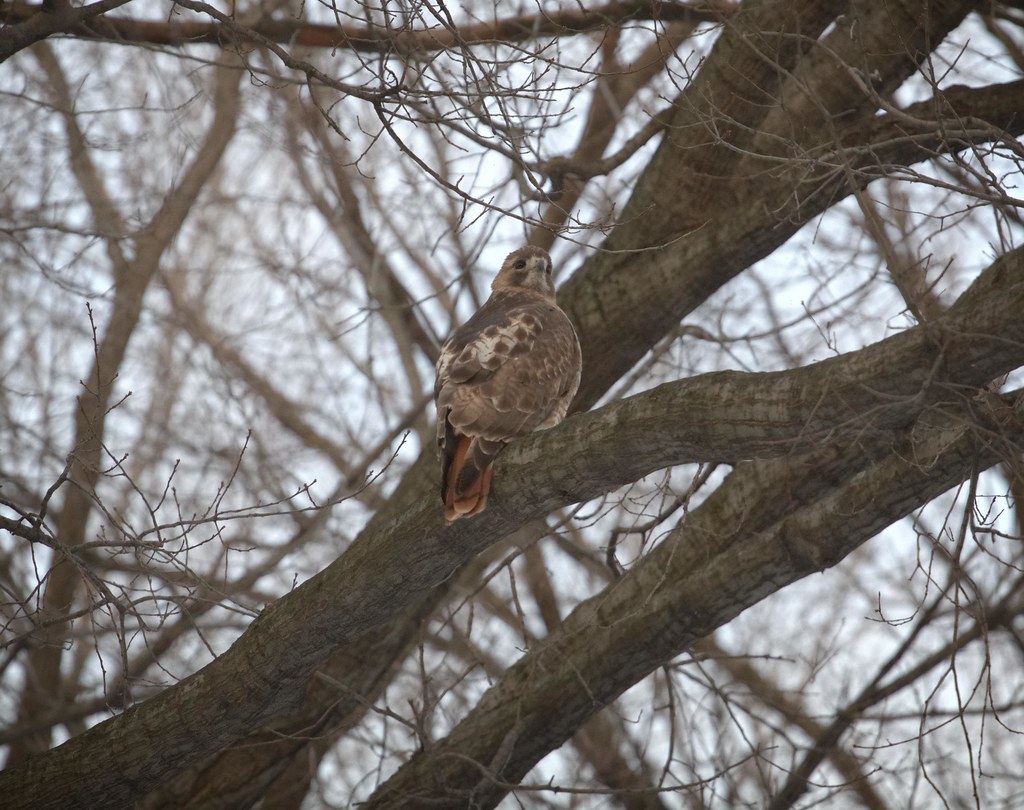 He spent a good deal of time swooping over Avenue A and climbing the fire escape above Ray's Candy. 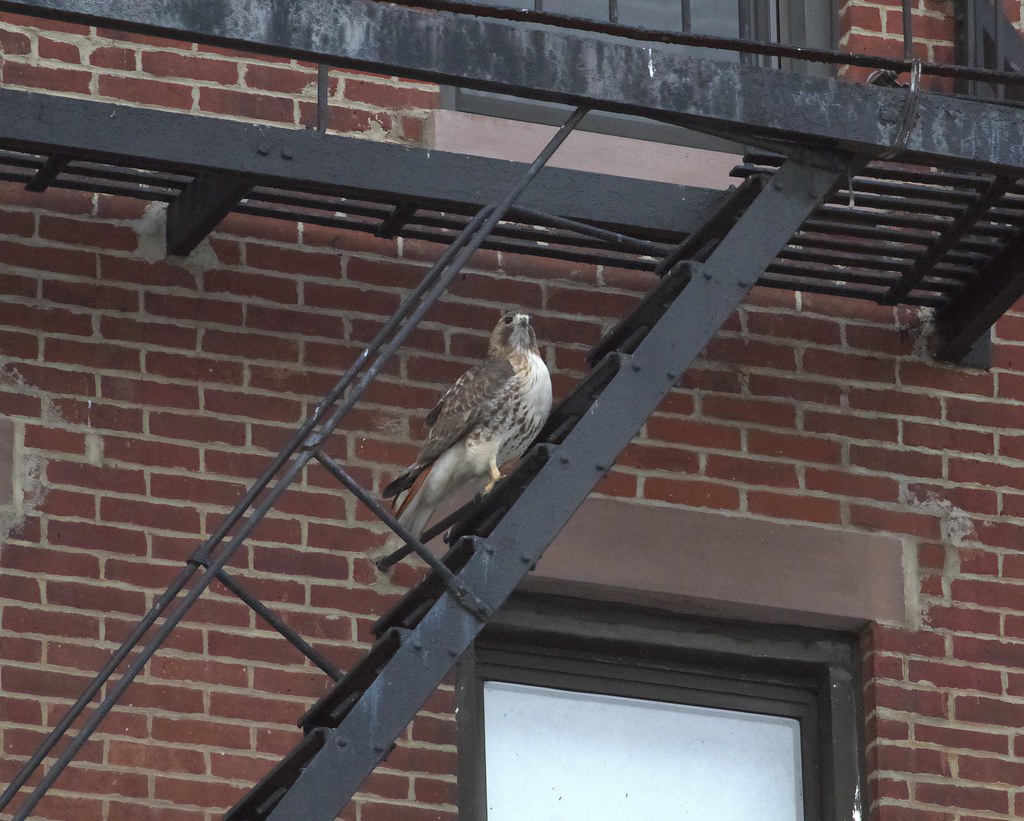 I thought he might roost there, but no, he kept flying up and down the avenue. 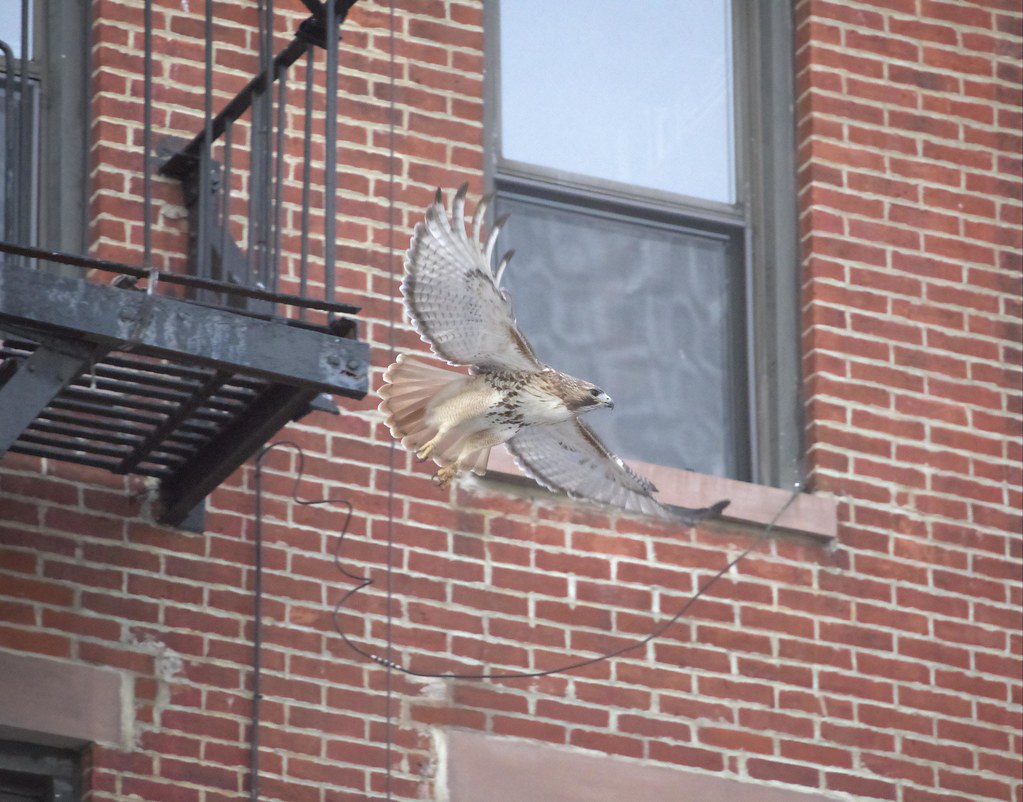 This was odd behavior considering he had a very full crop, which indicated he had just eaten (there is also still blood on his talons).  Normally, he would sit and digest a while after eating a big meal.  You can see his bulging crop below. 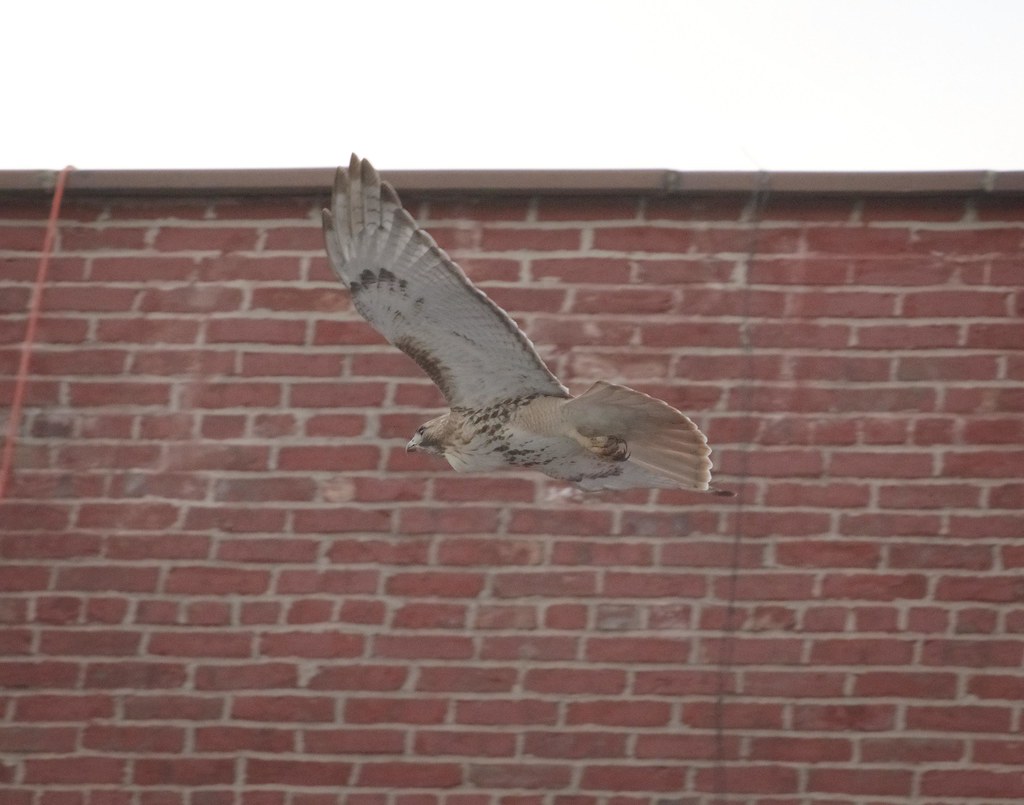 After flying around the park some more, Christo finally settled in at a fire escape on 7th Street, near Avenue B. 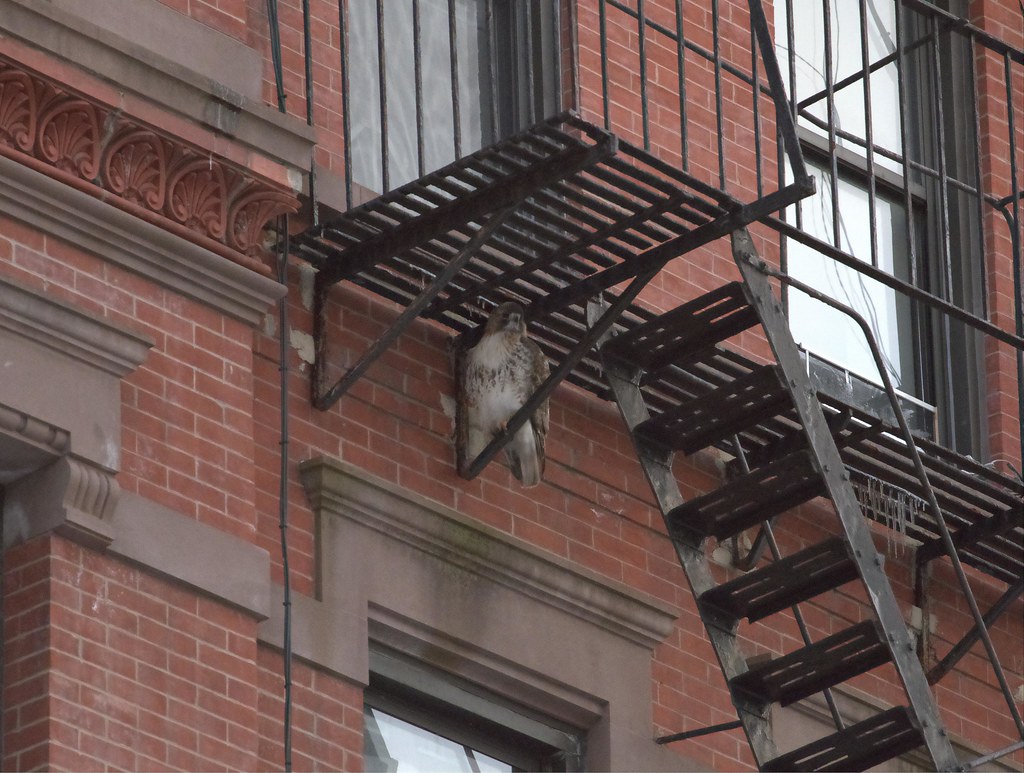 This is where I left him as it got dark.  Several minutes later, I saw Dora fly across the park and land somewhere near him on 7th Street.

See more hawk photos here, and stay tuned for an update on the nest...
Posted by Laura Goggin Photography at 8:39 PM