On New Year's Day, I was finally able to glimpse one of the adult red-tailed hawks who have been seen on the Lower East Side over the last few weeks.  It was perched atop St Teresa's church at Rutgers and Henry Streets.

As soon as it landed, the hawk was mobbed by a kestrel.

The hawk from a different angle: 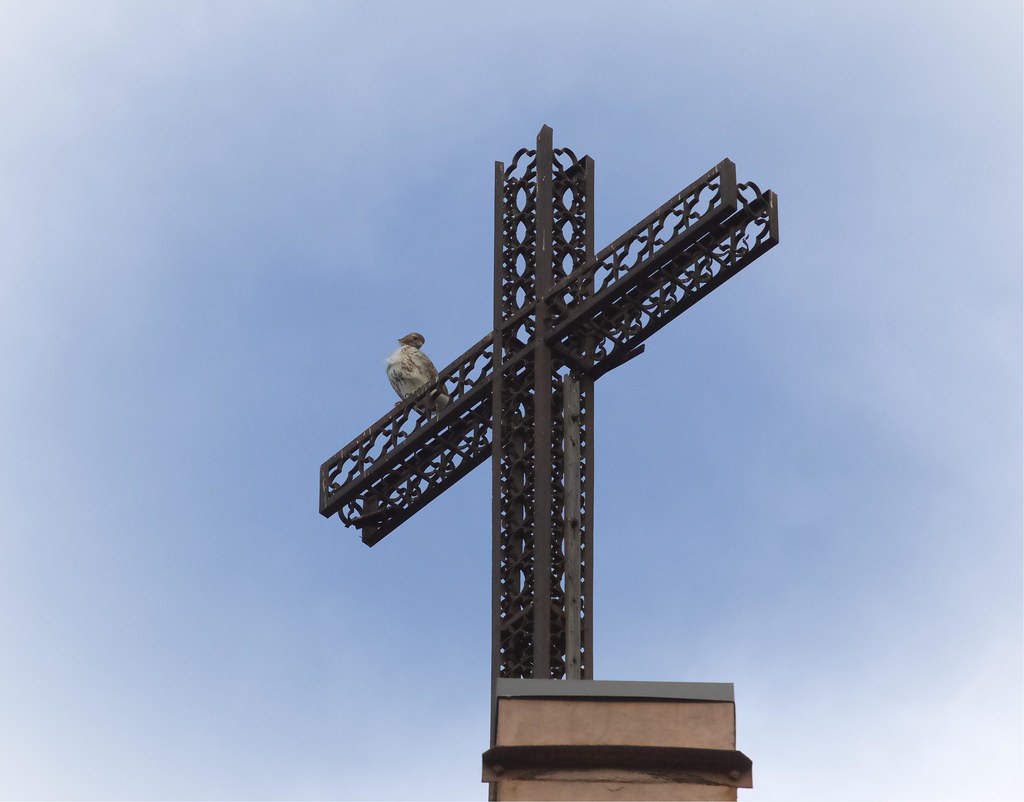 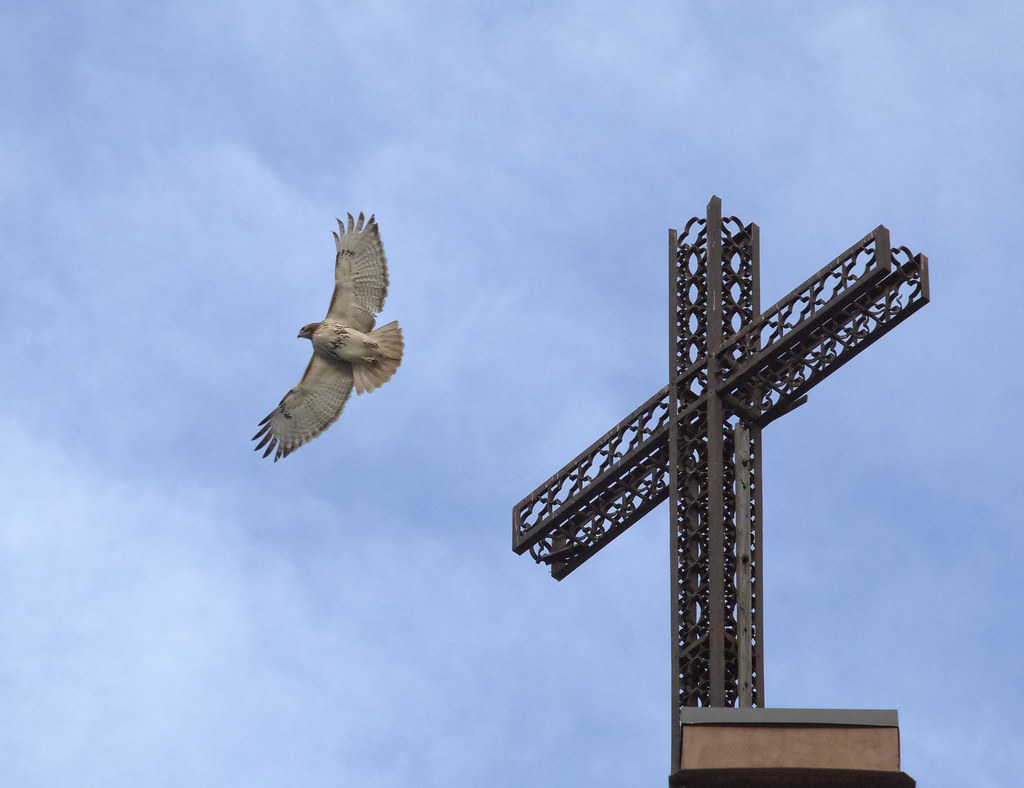 This hawk has an identifying mark - a missing secondary feather on its left wing, which is visible in flight. 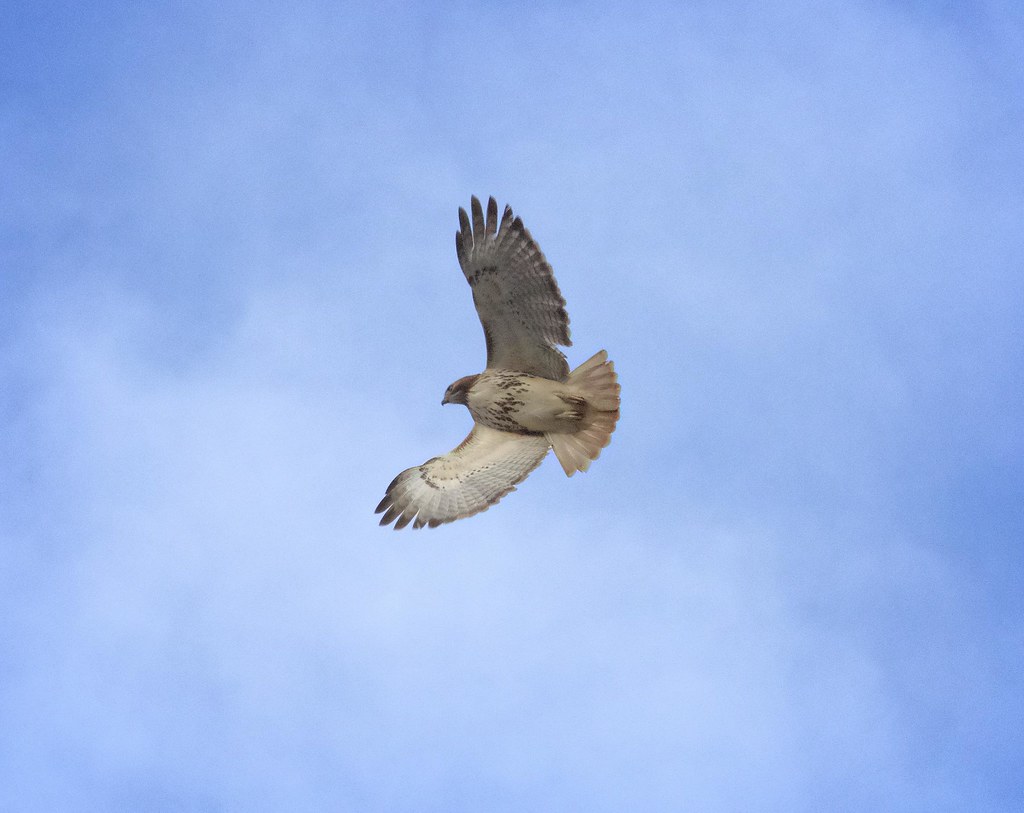 Meanwhile, up north on Avenue A, Dora and Christo ended the first day of the year watching the sun go down from atop St Nicholas of Myra at 10th Street. 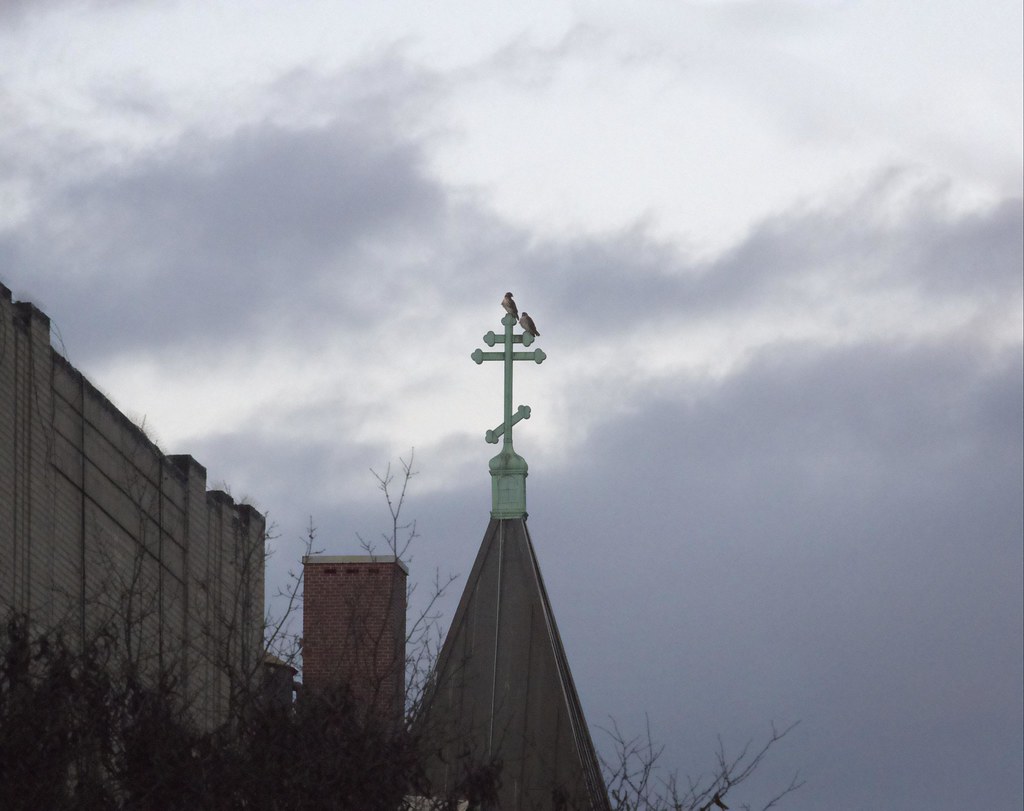 With new neighbors possibly moving in, our hawks may be facing some new challenges in 2016. 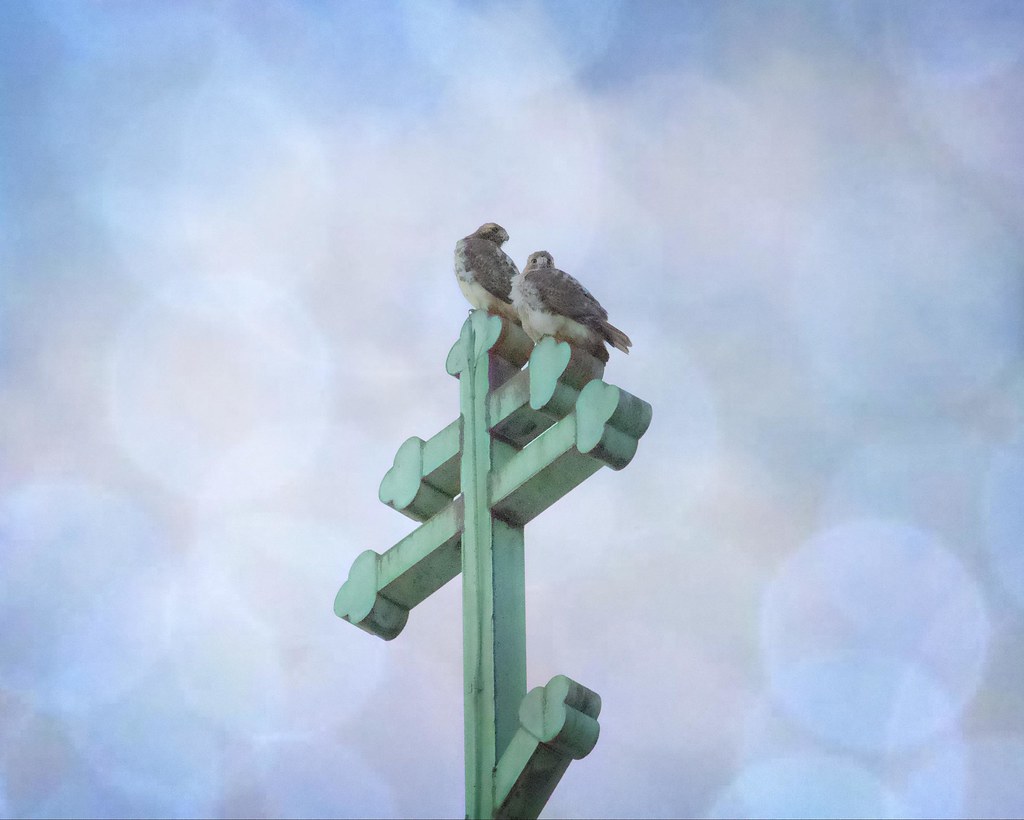