Catching up with Christo

This week hasn't been too exciting as far as Christo-Dora reporting, but I find any time I spend with them to be interesting.

On Saturday, I found one of them keeping watch from atop Village View at First Avenue & 4th Street.  At this distance, I'm not sure which one this is. 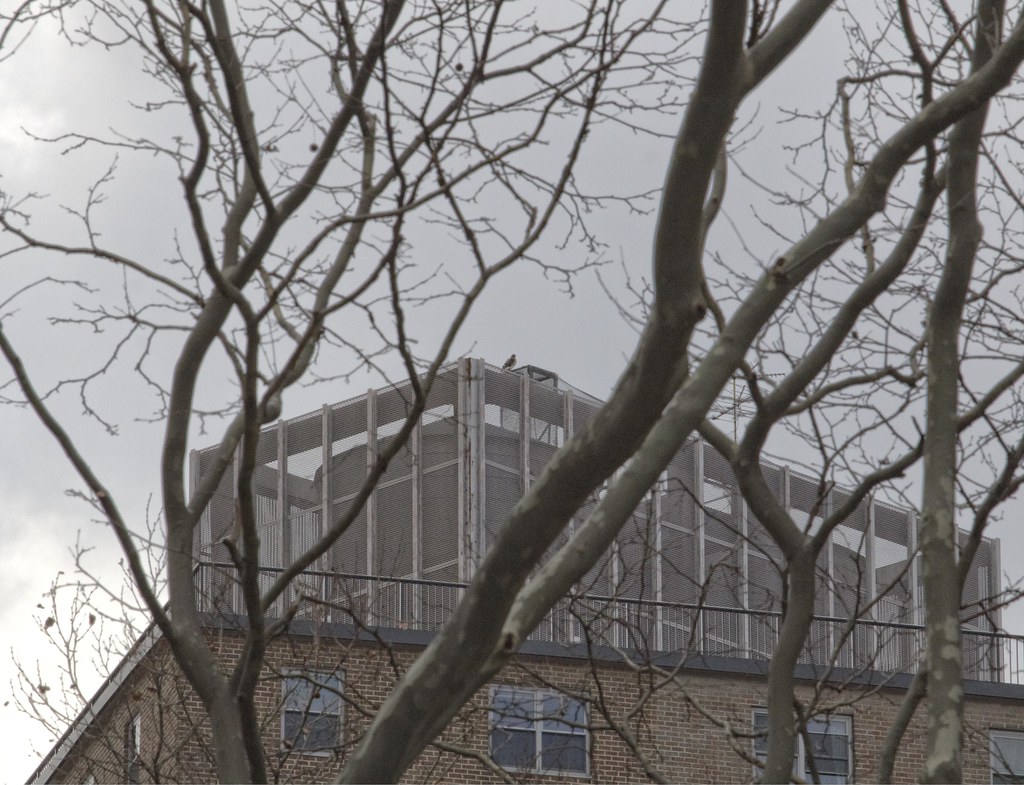 Later that day in Tompkins Square, I found Christo perched above the nest on the east side of the park.  I've not seen either of the hawks maintaining their creation in the last several weeks, so it remains to be seen if they will decide to use it. 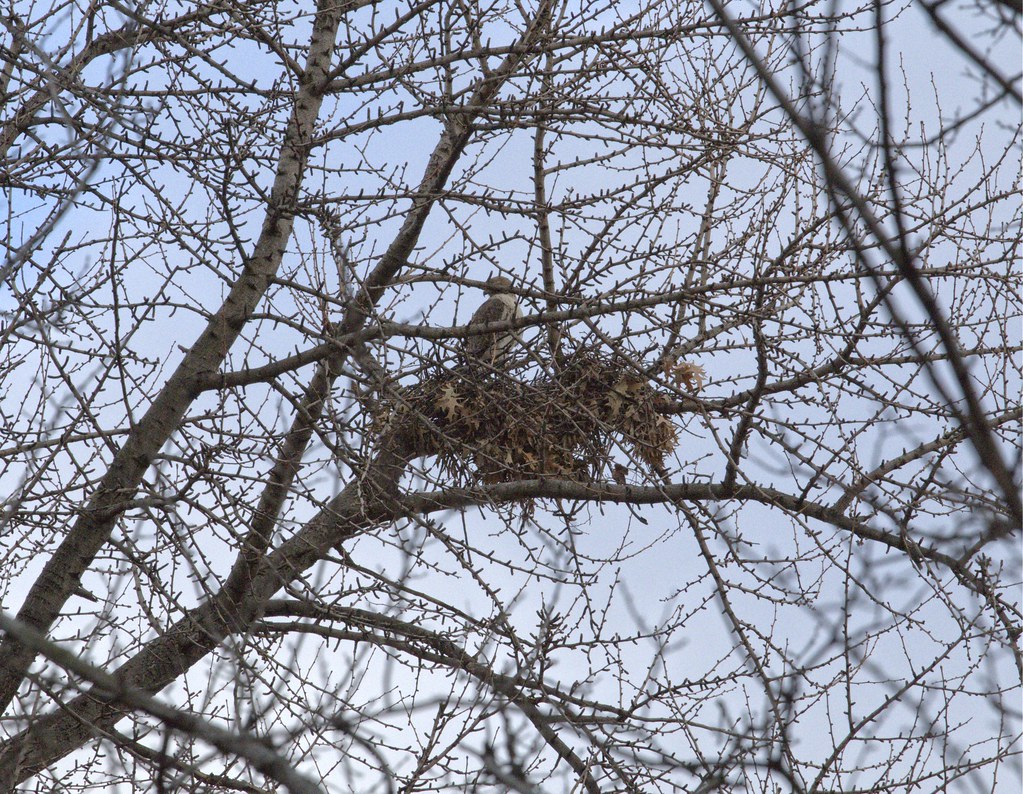 From below, the wad of leaves looks sturdier than it does from the side. 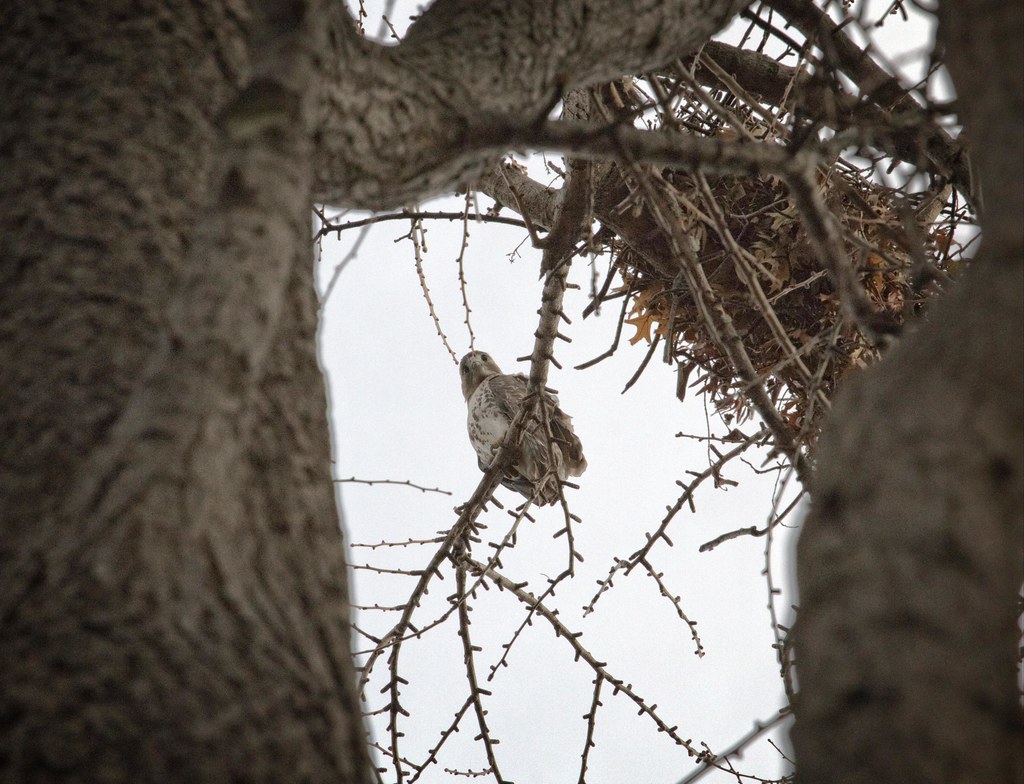 Christo seemed to be hunting for a while.  He spent a good hour low in a tree behind the park offices, watching the rats run around below him. 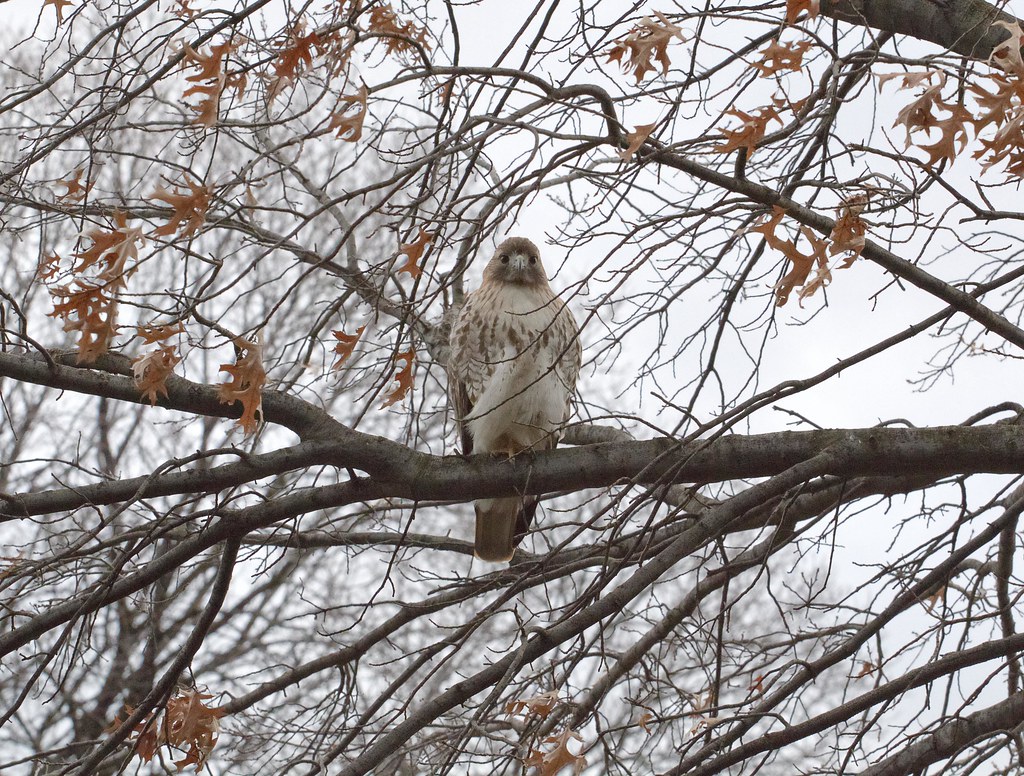 One of the resident squirrels tried to intimidate him... 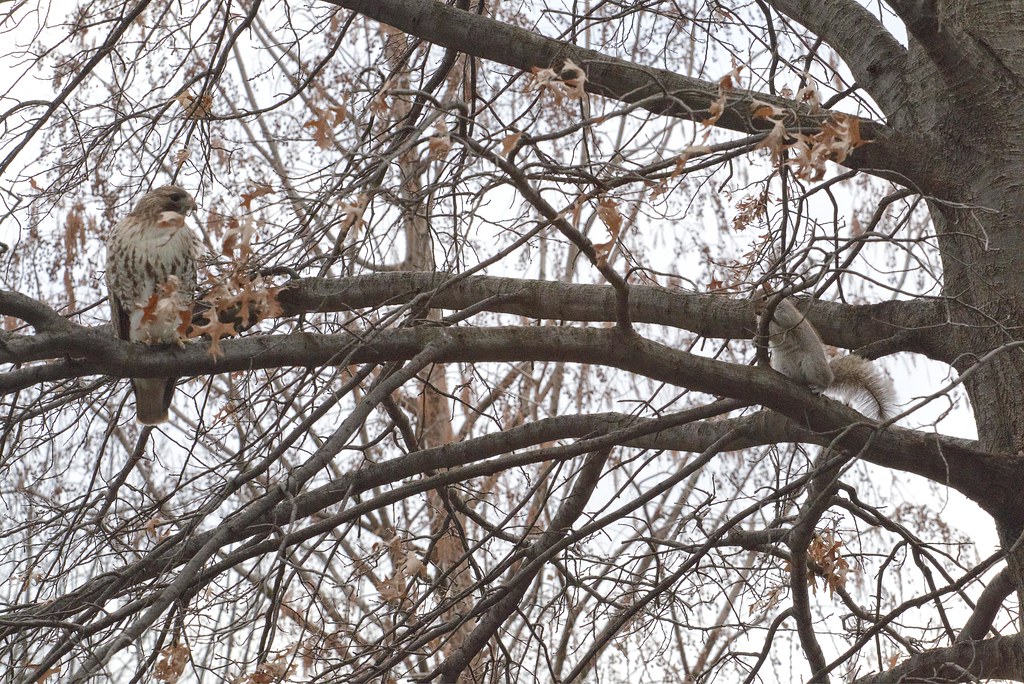 ...but he was content to remain in his spot. 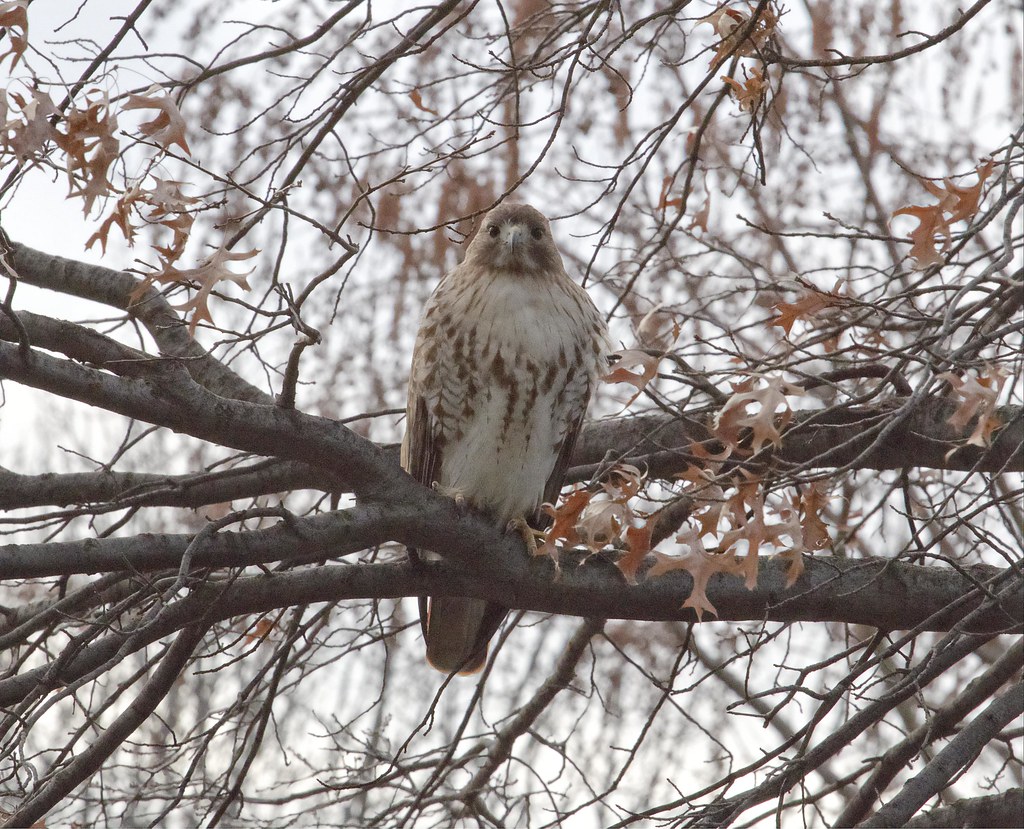 He never did catch anything. 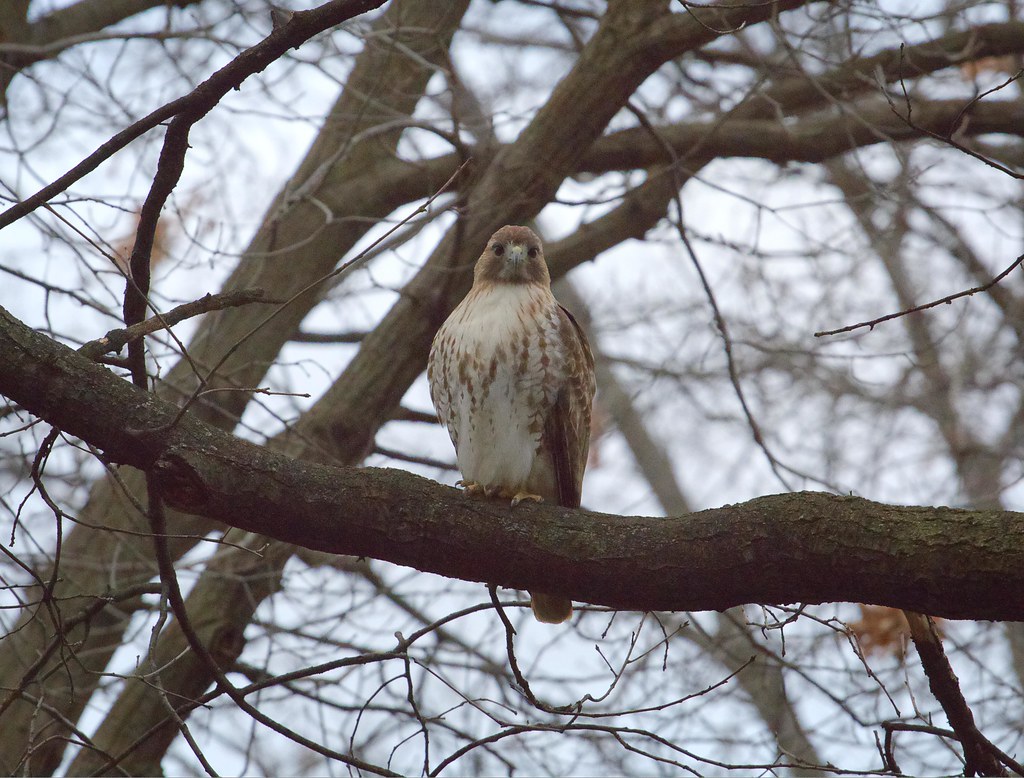 As it became dark, Christo briefly met up with Dora in the big tree in the middle of the park.  He then went to roost in a tree on 10th Street, near the library.

This photo was taken after dark.  When I've seen him roost in trees on 7th and 10th Streets, I've noticed he faces the buildings, away from the park.  I don't know if this means anything.  My cat used to face the wall when he took naps, and I figured it was his way of blocking out the world as he slept. 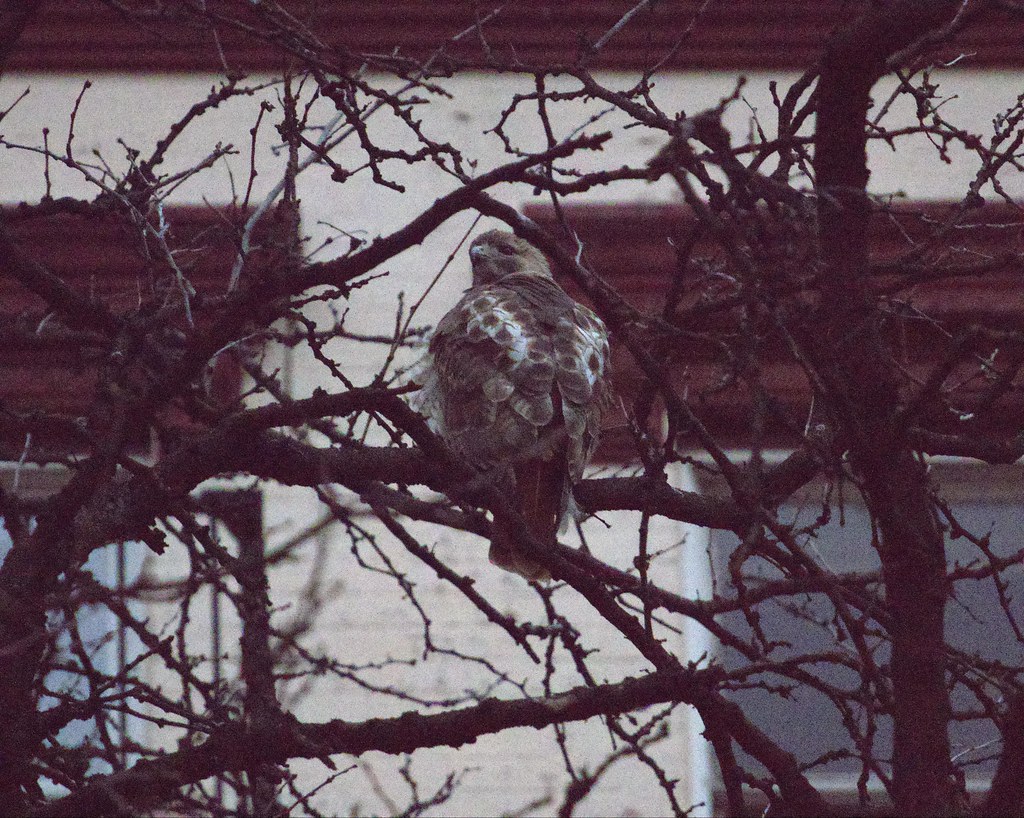 While Christo went to bed on 10th Street, Dora roosted directly across the park from him, on 7th Street.

On Monday, I only saw the hawks around the park for a minute or so.  A fellow hawk-watcher said he saw Christo catch a rodent near the chess tables and gobble it down before flying off.

I didn't see either hawk again until 4:45pm, when Christo flew past the park along 7th Street and landed on a fire escape above Miss Lily's at Avenue A. 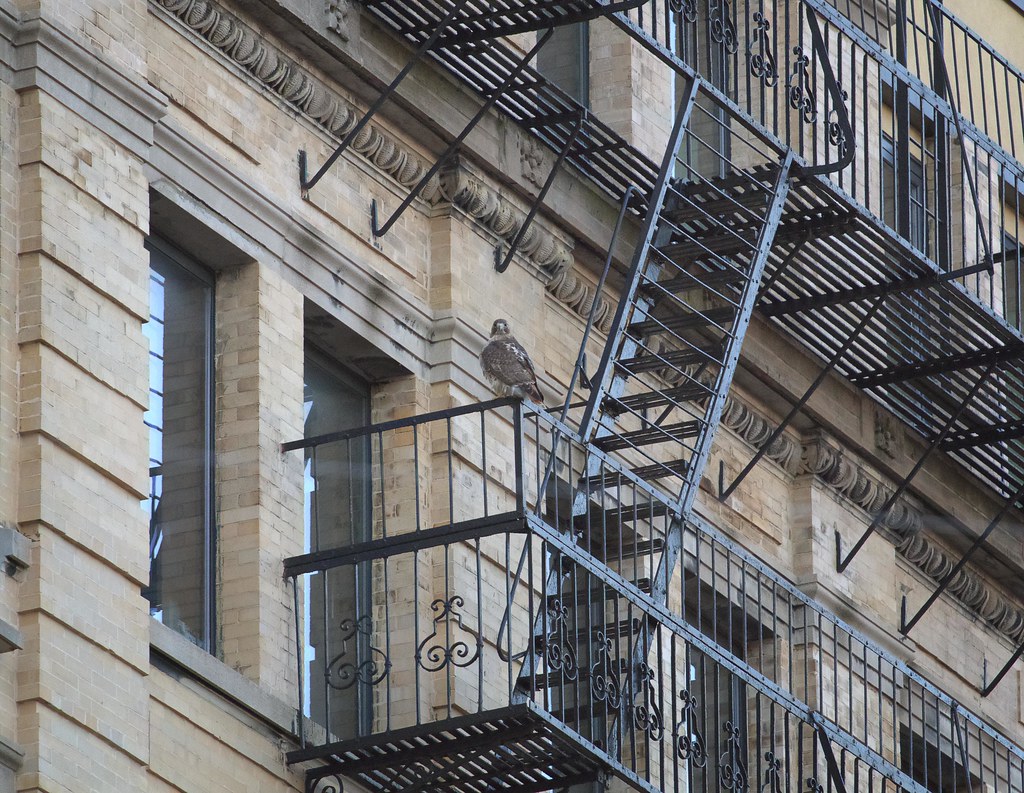 He climbed the ladder and tried out several perches. 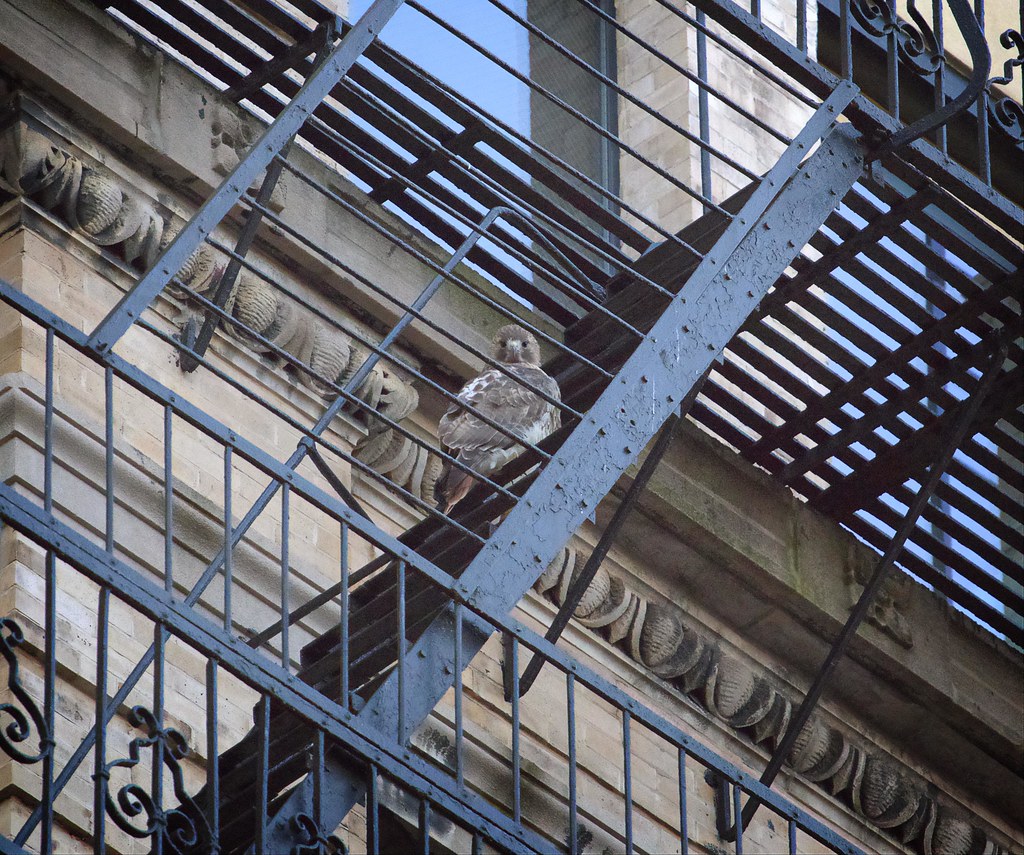 In the end, he settled on a bar against the wall of the building.  The times I've seen him roost on fire escapes, this is always the position he takes.  It's out of view of the windows, sheltered under the structure of the fire escape, and slightly away from the street. 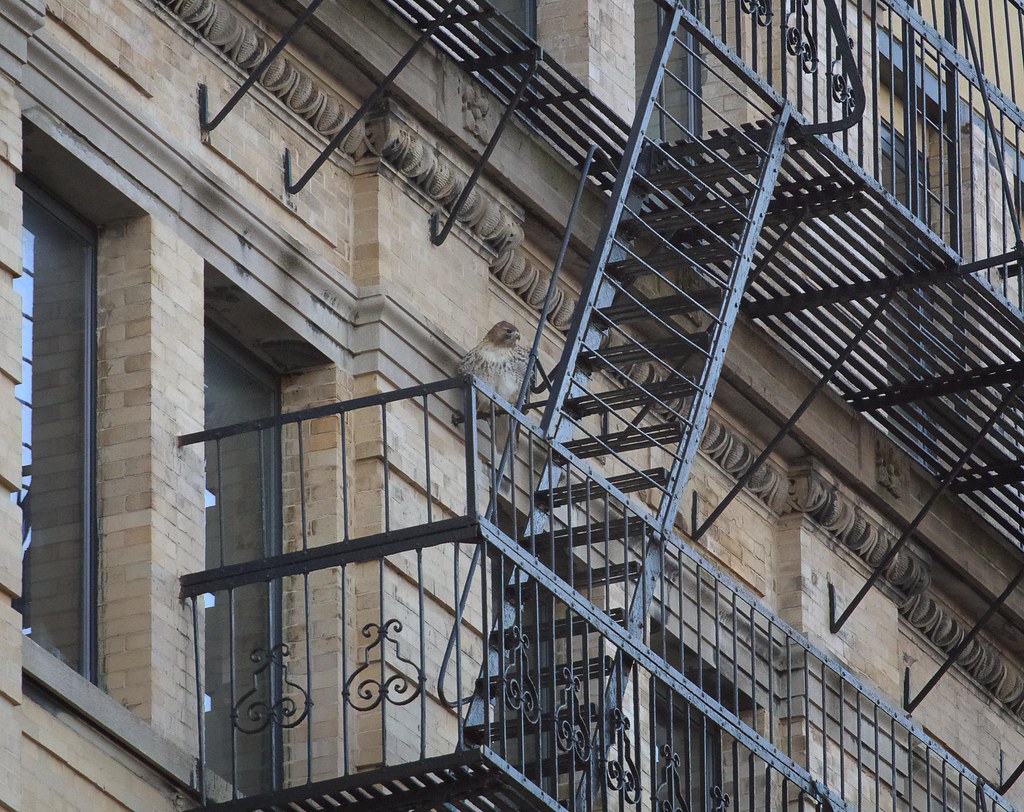 I'm hoping to see the hawks start nest-building soon.  In the last two years, they have started gathering sticks in late January, so if anyone sees them flying around with nest material, pay attention to where they take it.