After a busy Saturday afternoon playing in the sun, Christo the red-tailed hawk continued his hunting in Tompkins Square as the day turned to dusk.

I love how his coloring looks so warm in the last of the afternoon sunlight. 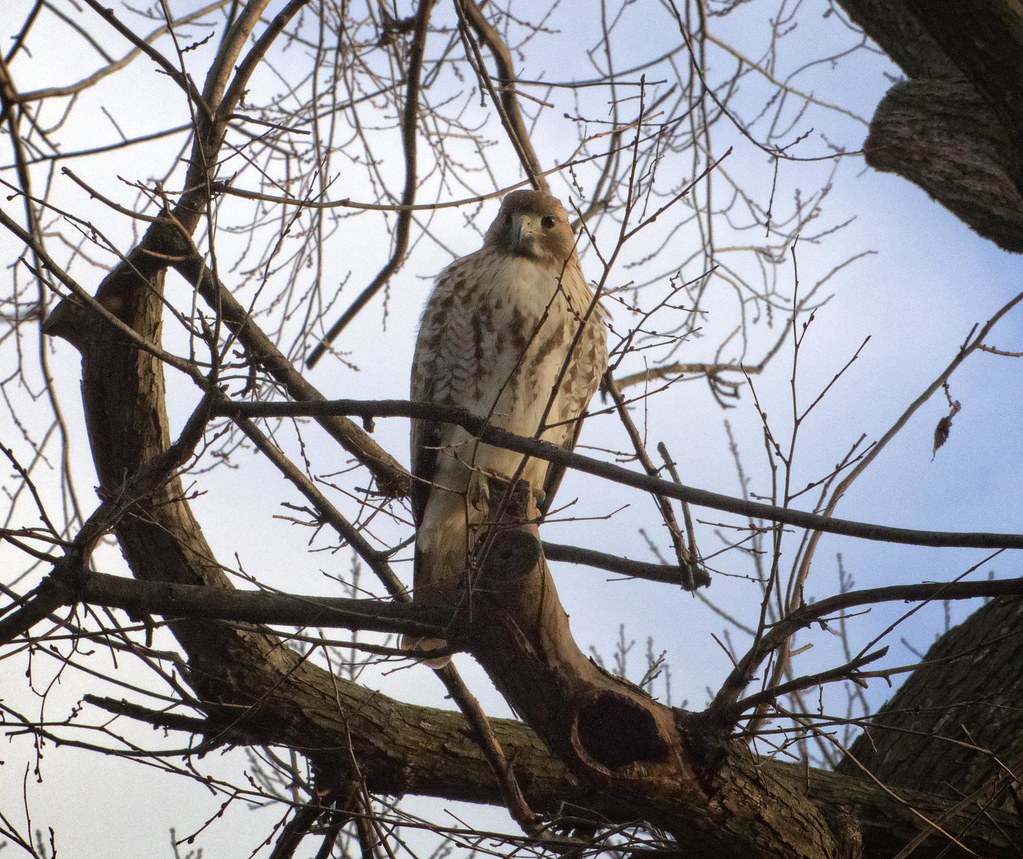 And now that the weather is cooler, his feathers are fluffed up. 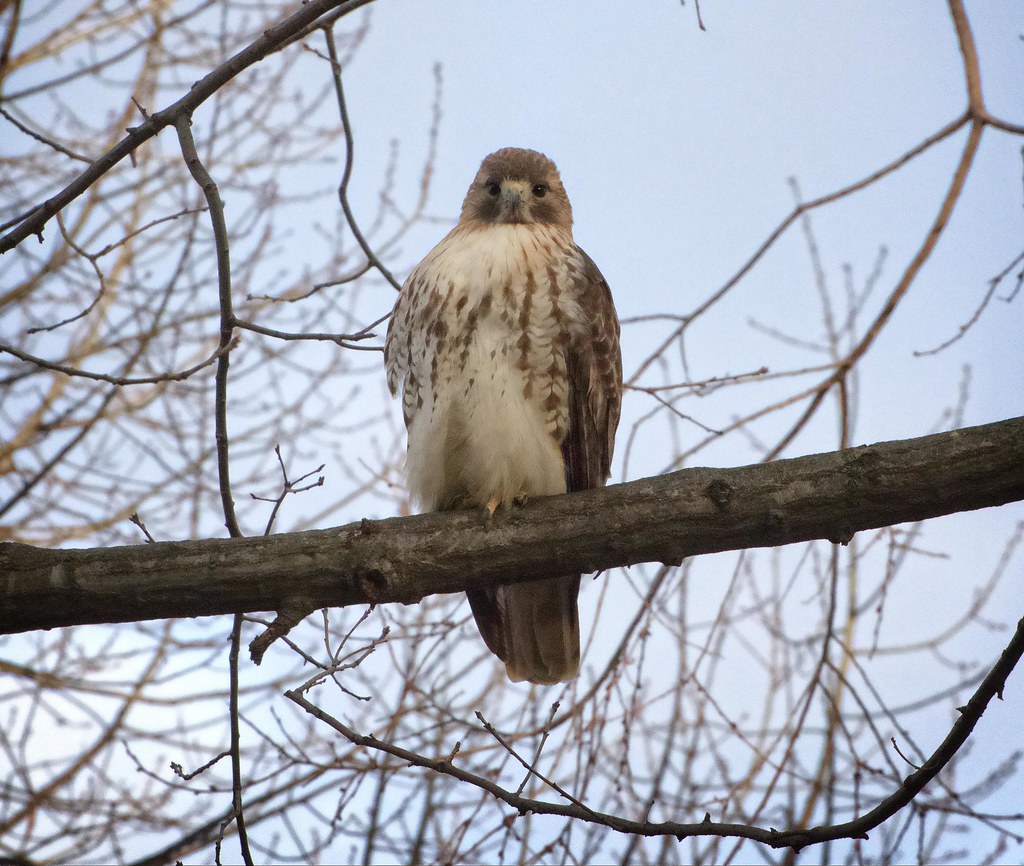 There wasn't much time left to catch some dinner before dark, so Christo made a few more dives from trees to bushes... 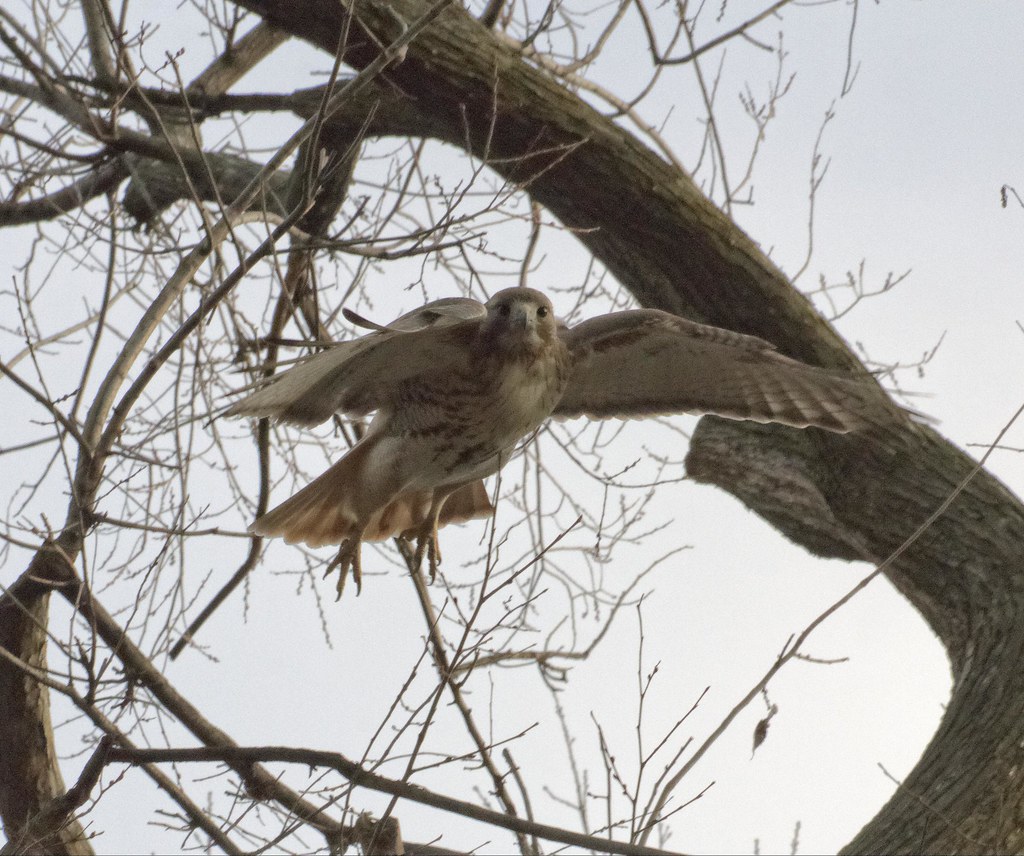 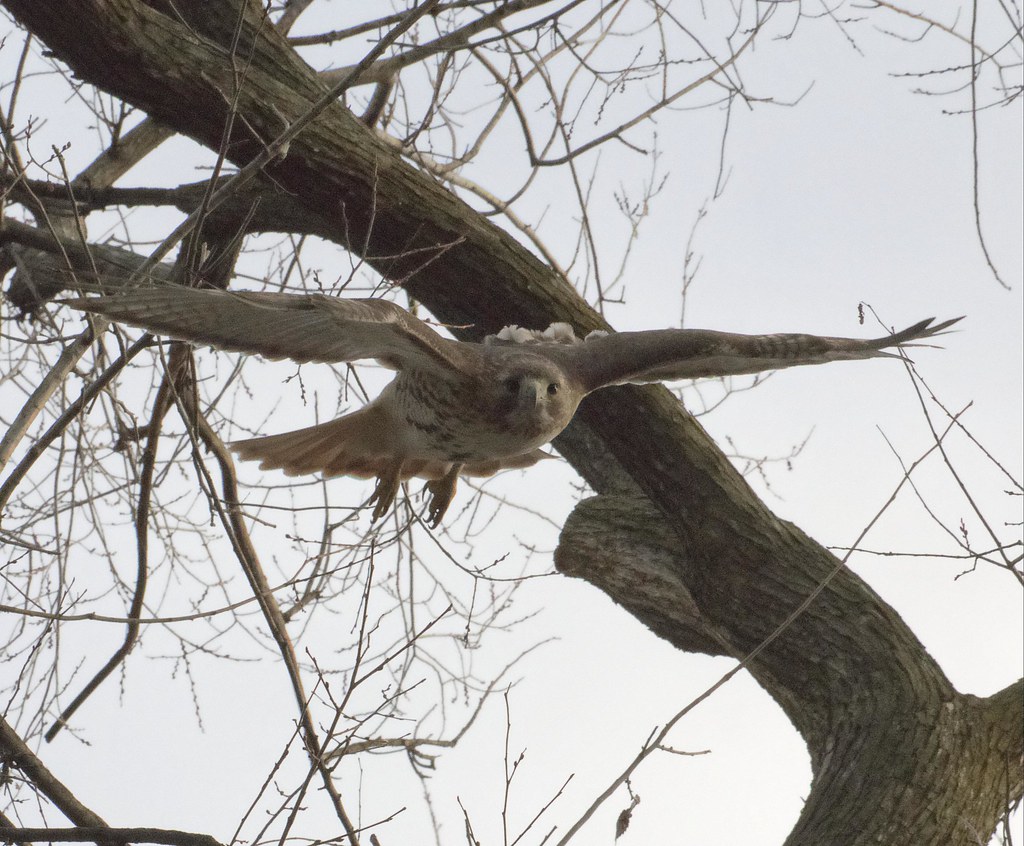 ...finally catching a small rat and taking it to his dinner table on the big elm near the Avenue A & St Mark's park entrance. 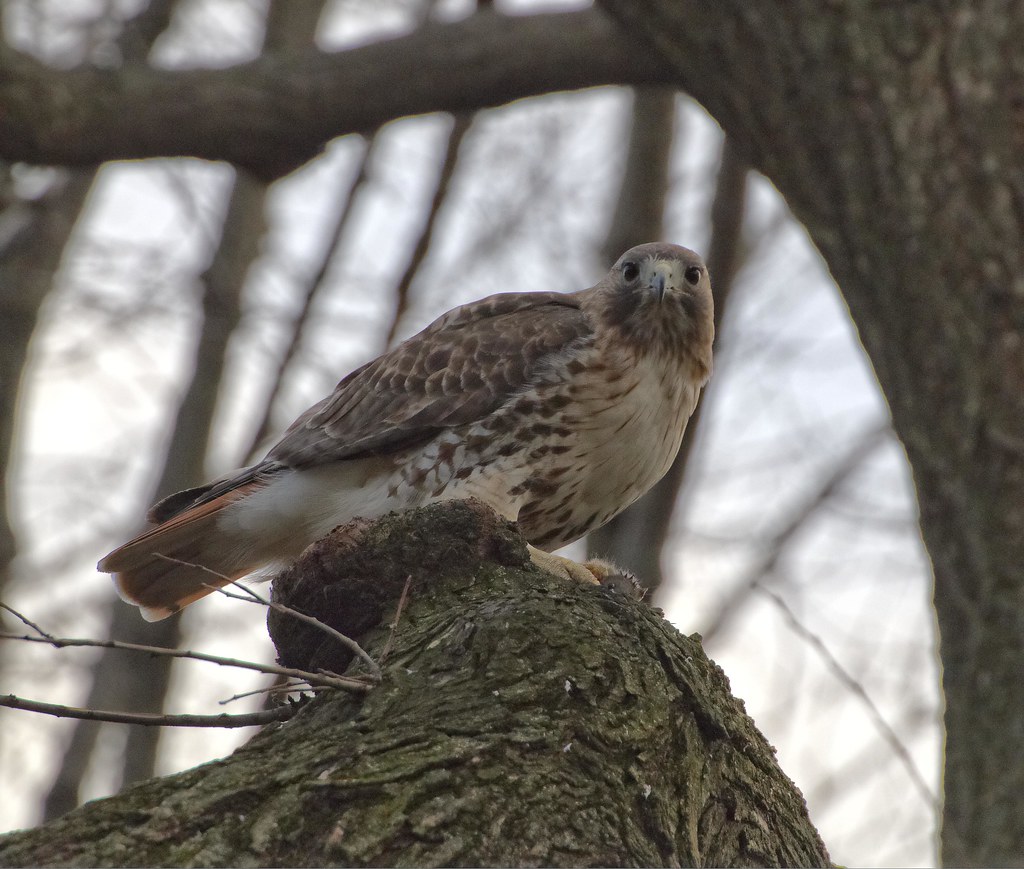 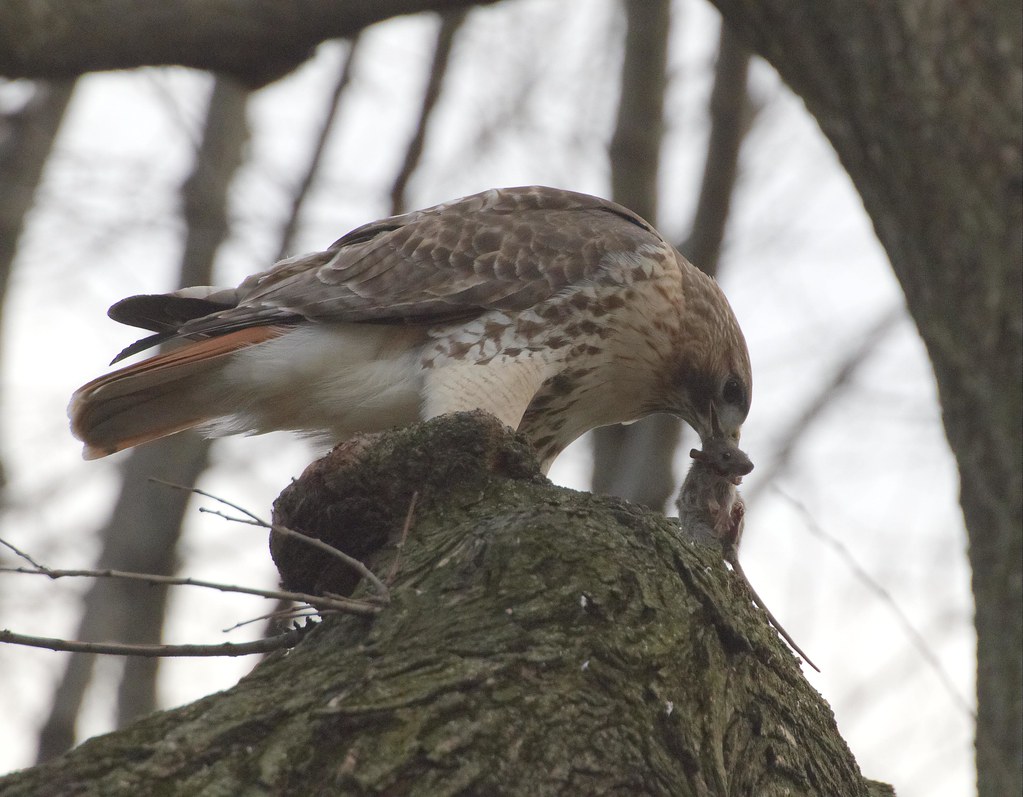 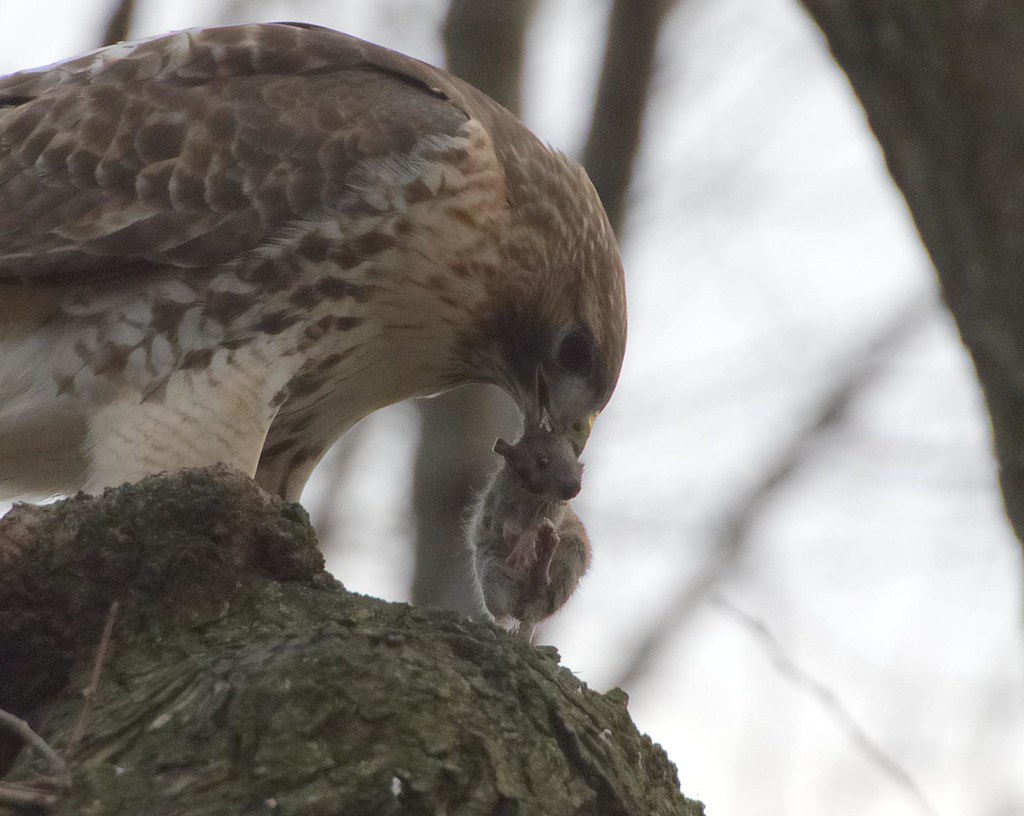 (The rat is not alive in these photos.) 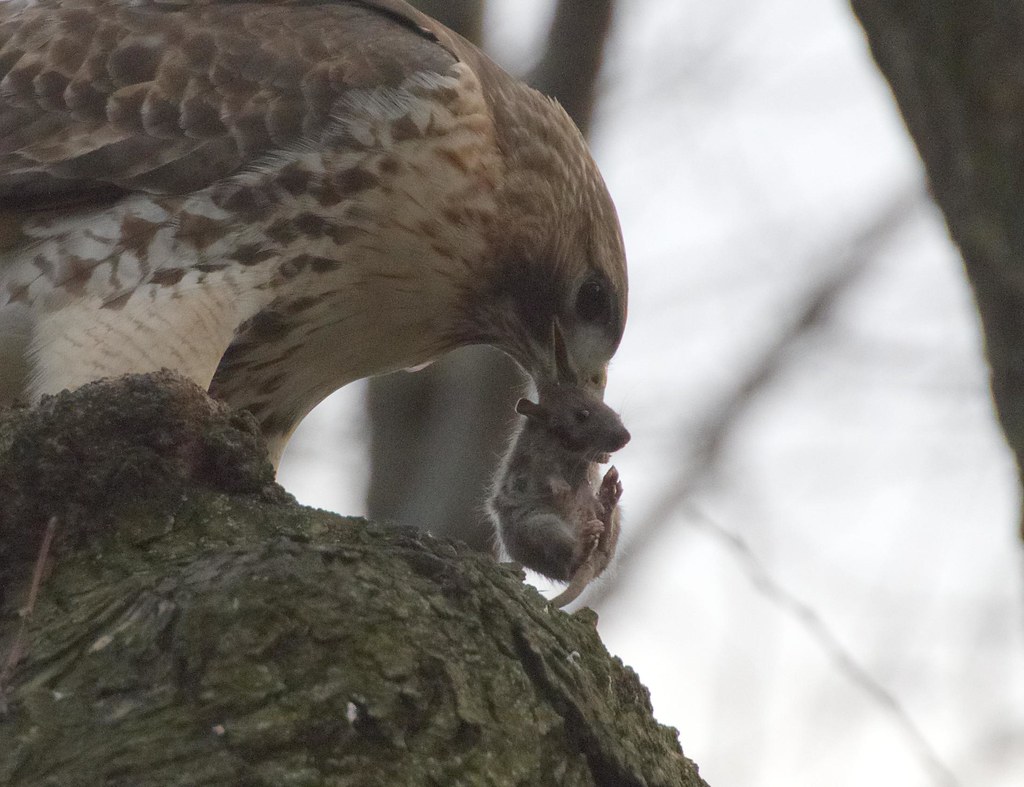 Christo finished his meal in a few quick gulps. 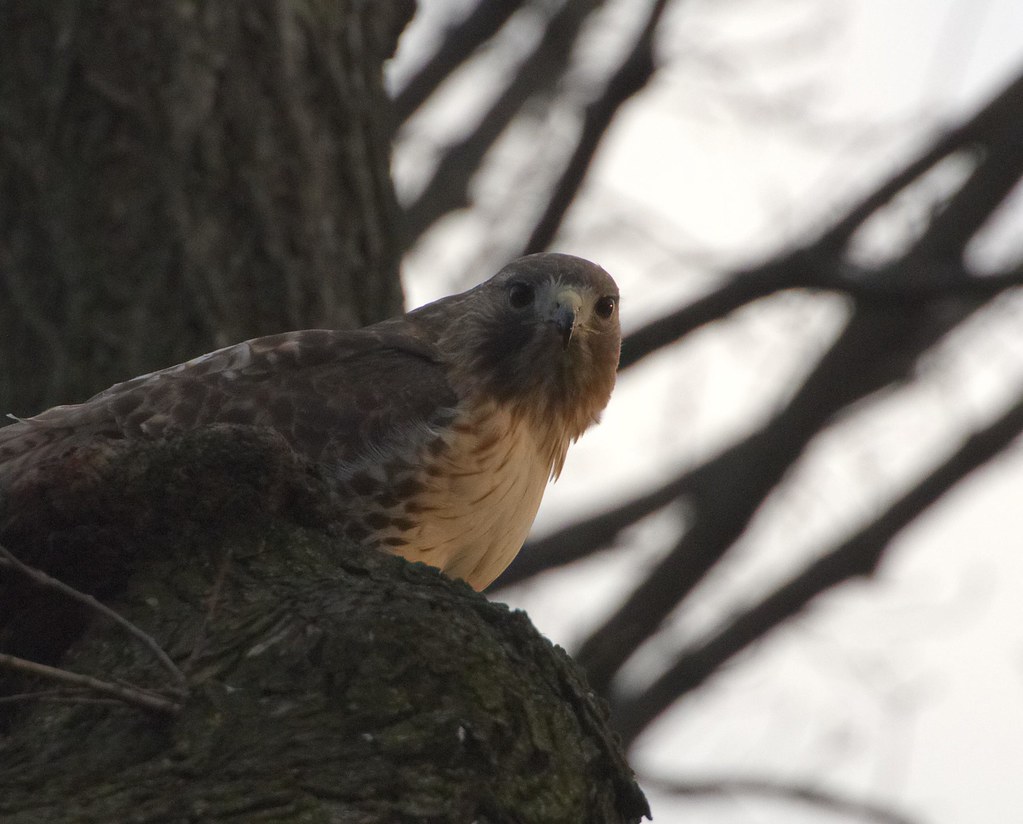 I would have stuck around with him longer, but I was temporarily distracted by a merlin who flew by as Christo was eating.  He seemed to take no notice of the visitor.

After the merlin had gone, I returned to the park to find Christo, who had gone to roost in a tree on 7th Street, near the park entrance.  The photo below was taken after dark, so I have lightened it up quite a bit.  In person, he was hard to see among the dark branches of the tree. 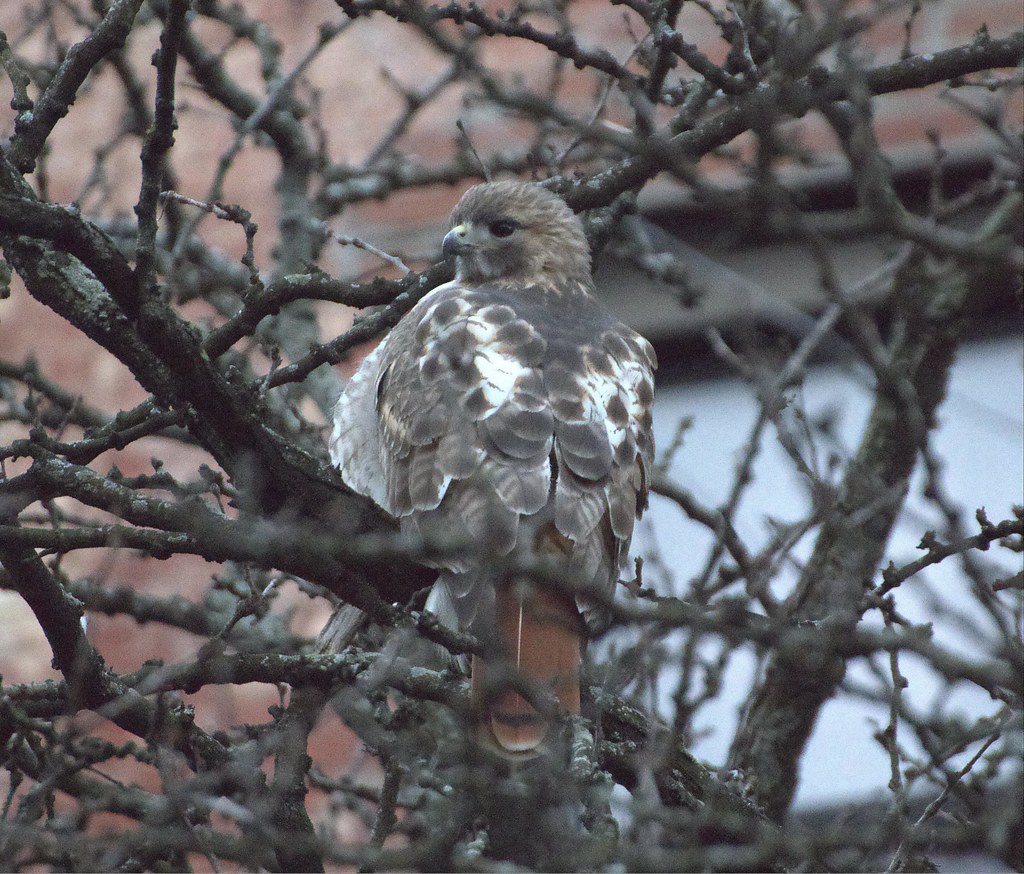 I've observed Christo roosting in the trees along 7th Street quite often - he doesn't seem to mind the traffic or street noise at all.

Leaving Christo to his slumber, I went to look for his mate, Dora. She had moved from her perch on Most Holy Redeemer church on 3rd Street, to the cross at St Nicholas of Myra on Avenue A & 10th Street.  By this time, it was too dark for photos, but I stayed a while to see if she she would fly off.  After some time, I got tired of waiting, so had to bid her a good night.
Posted by Laura Goggin Photography at 9:14 PM