On Friday, I saw a juvenile Cooper' Hawk perched near the Krishna tree in Tompkins Square. 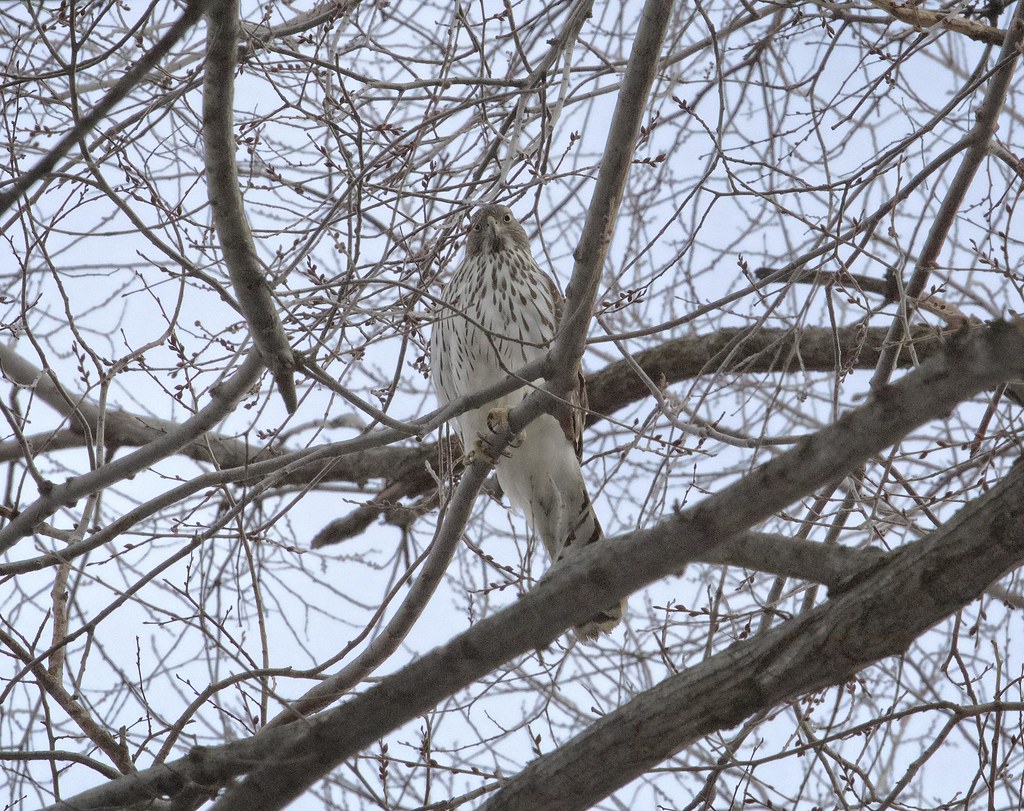 It's not unusual to see Cooper's hawks here in winter, but the odd thing about this one is it perched about sixty feet away from Christo, the resident red-tailed hawk, and he didn't seem to care.  They lioked at each other, but Christo didn't move or make a sound. 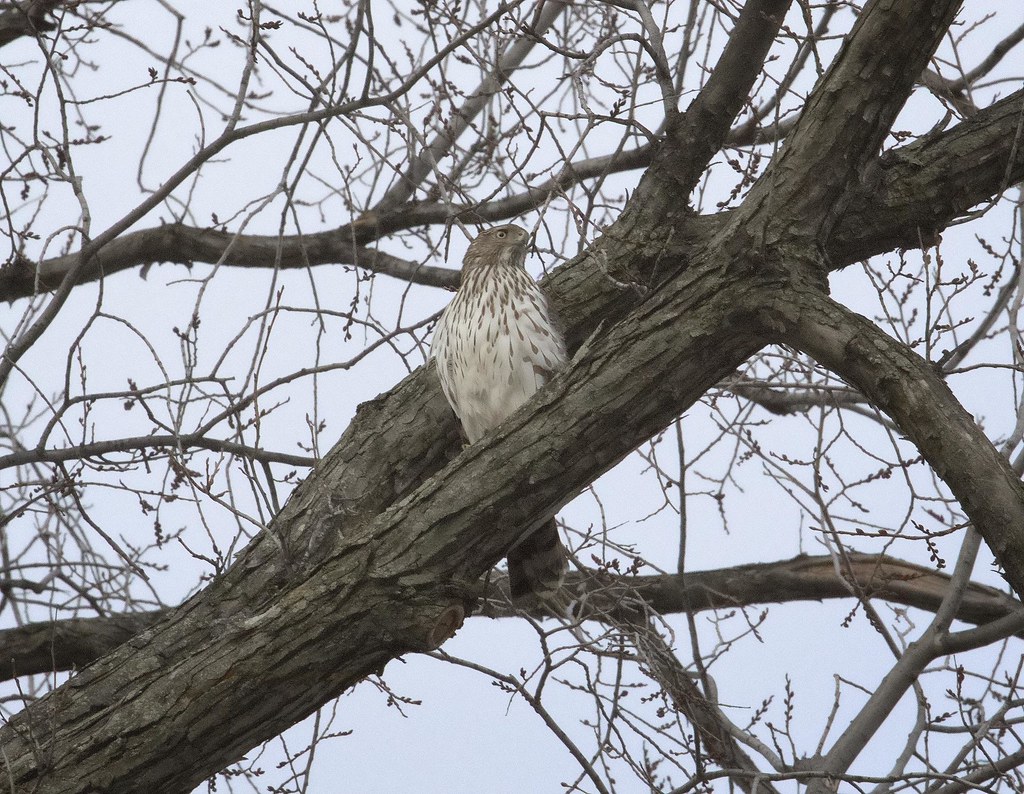 In the past, Christo (or Dora) has always chased the Cooper's hawks away, as they compete for food.  Almost exactly a year ago, Christo and Dora stole the lunch of a Cooper's who'd been hunting in their territory. 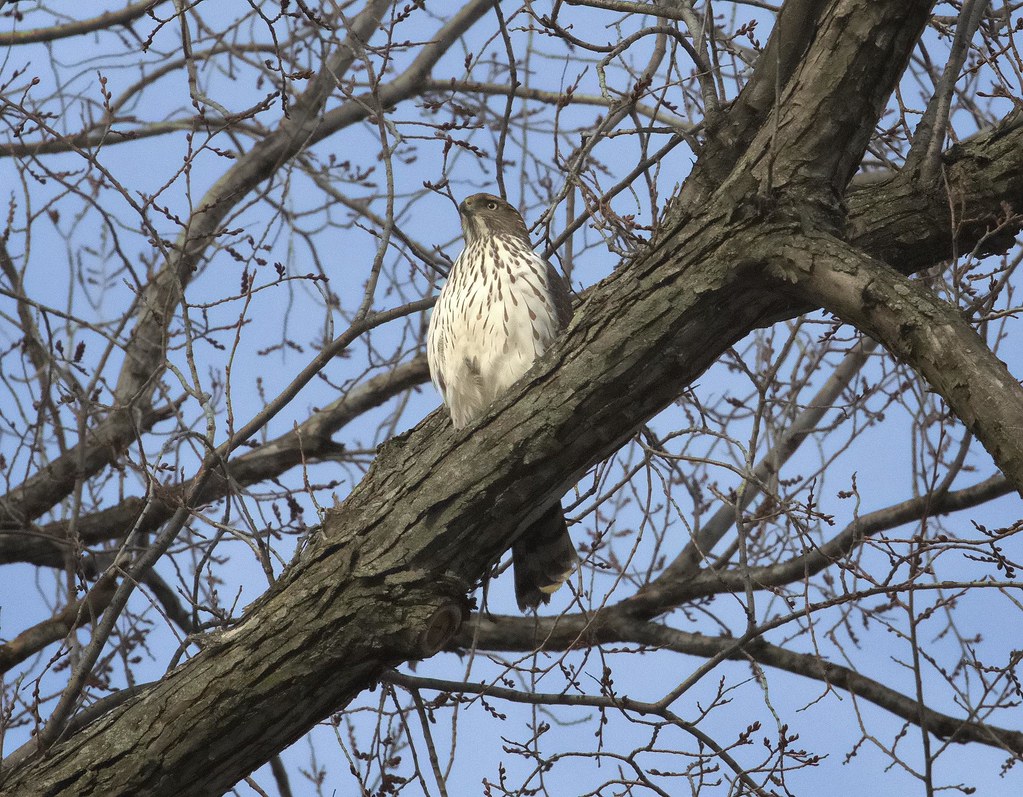 To see Christo be so lenient with the Cooper's for so long made me wonder what was going on.  Have the red-tails grown tolerant?  Are they not bothered by this particular hawk?  Was Christo tired out from nest-building all day?  I really don't know.

The Cooper's remained perched for several minutes before flying to the SE corner of the park. 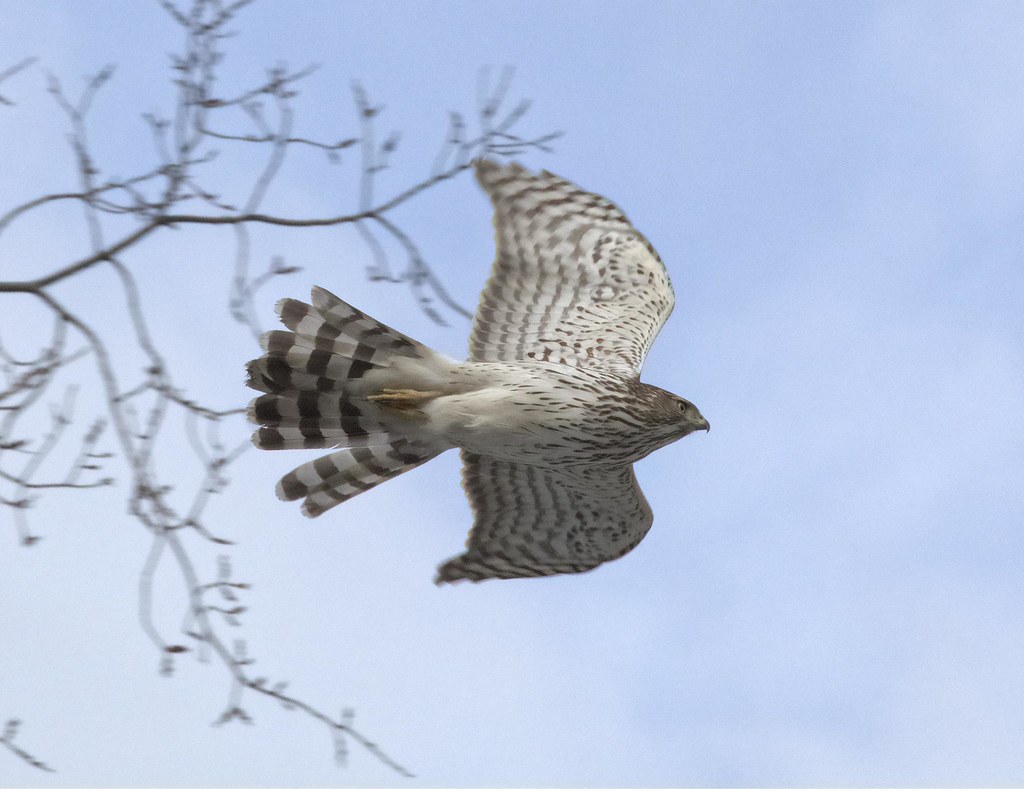 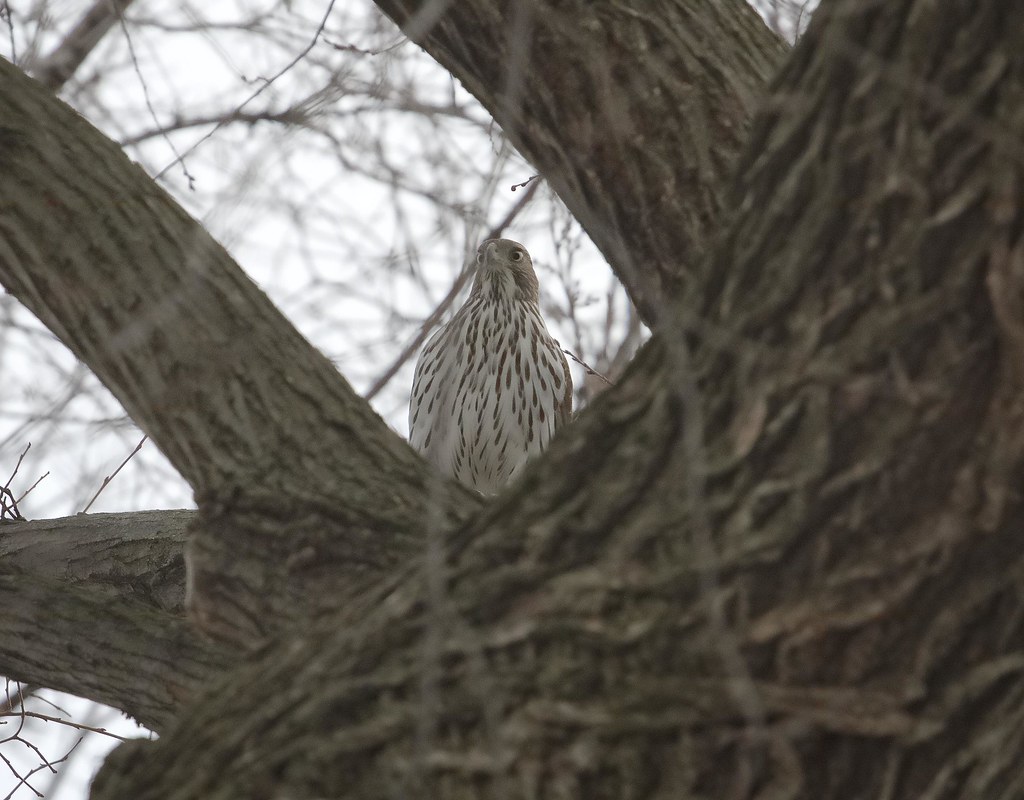 The hawk was immediately confronted by a squirrel. 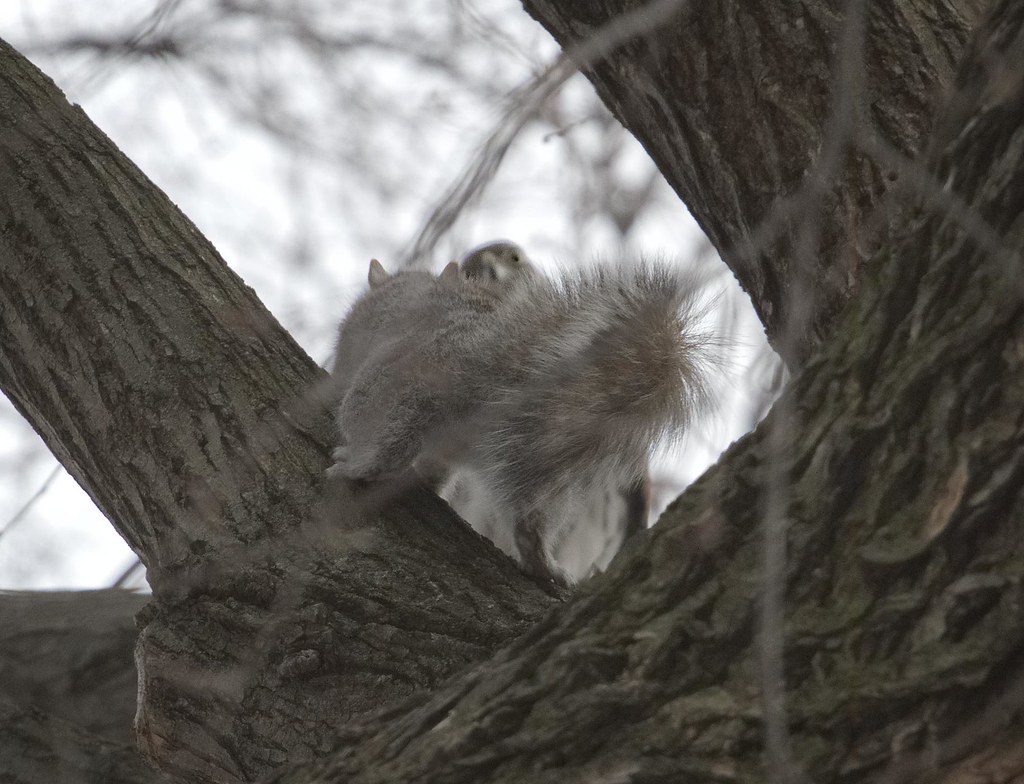 But the energetic hawk showed it who's boss. 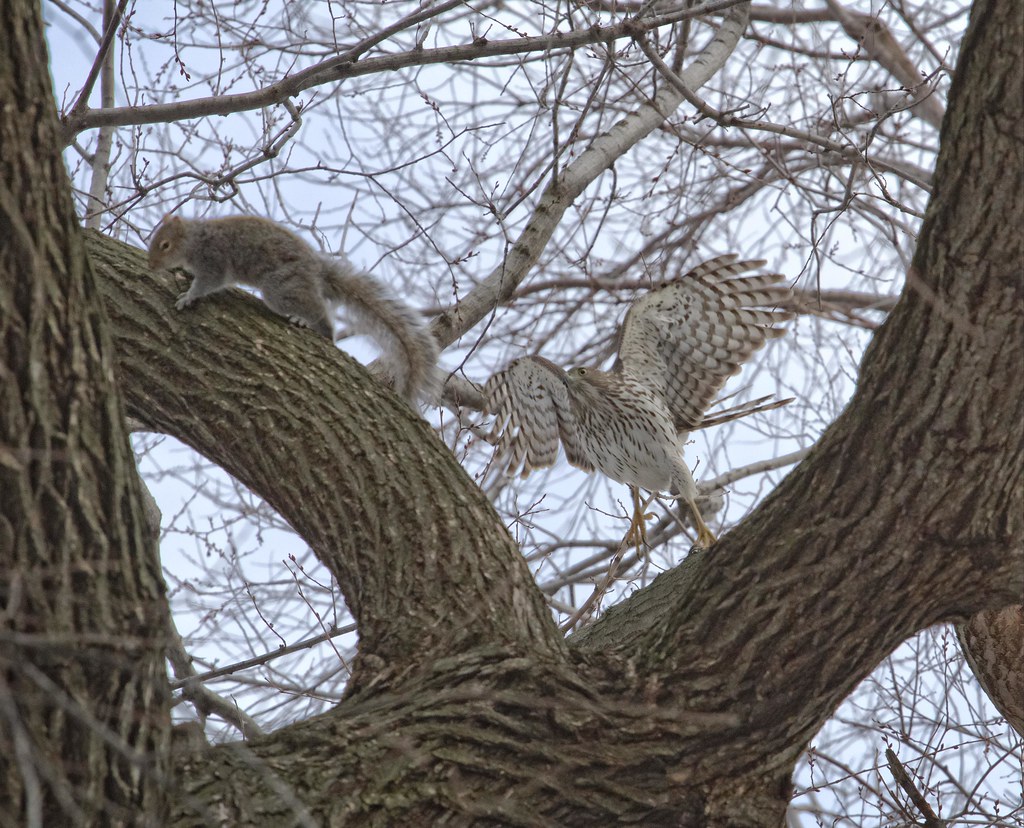 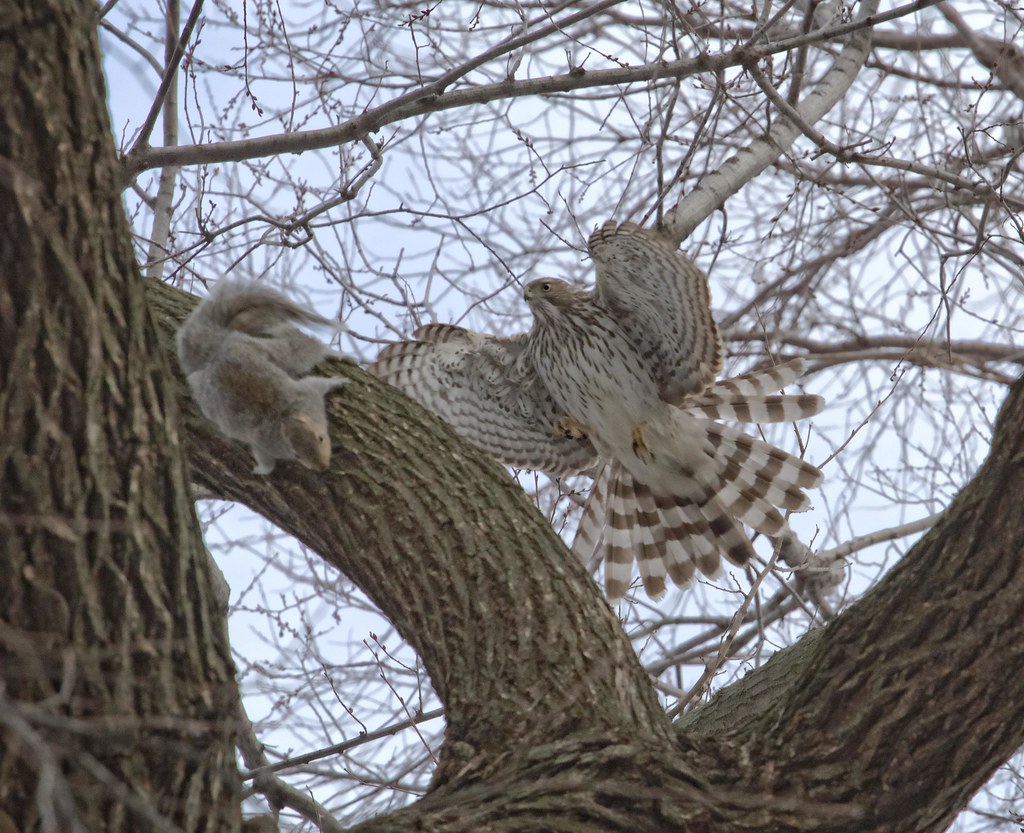 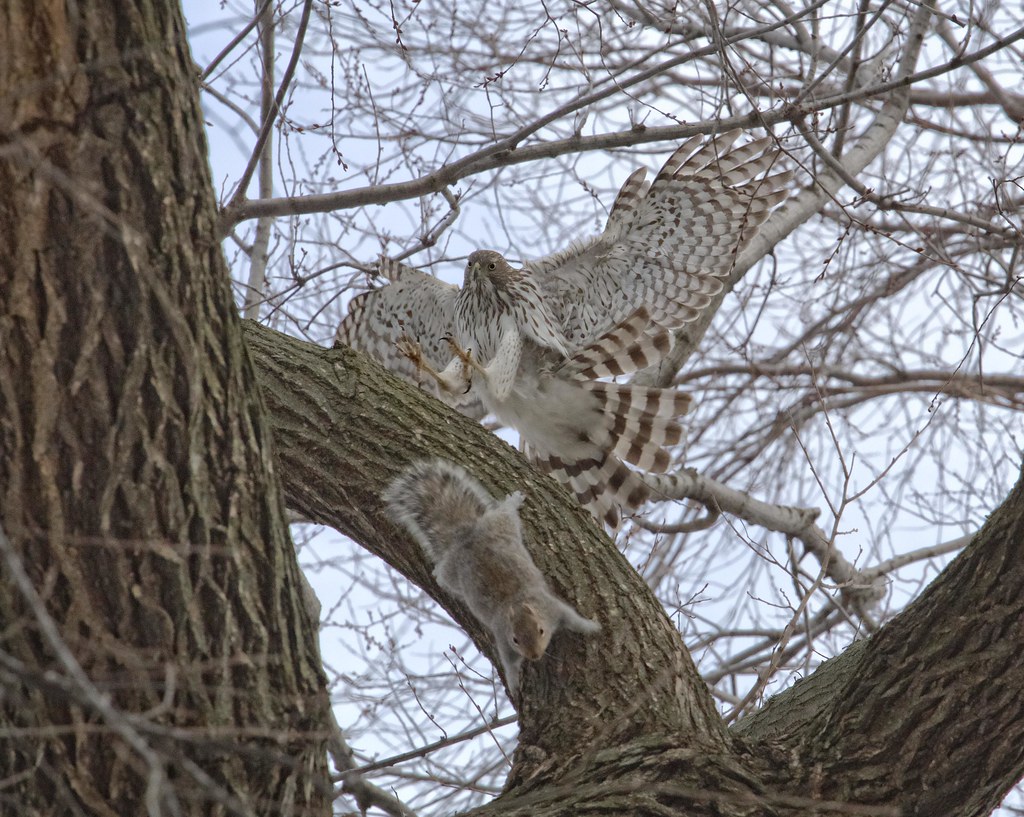 The squirrel escaped.  I don't think the hawk was actually trying to catch the squirrel, but just enjoyed intimidating it. 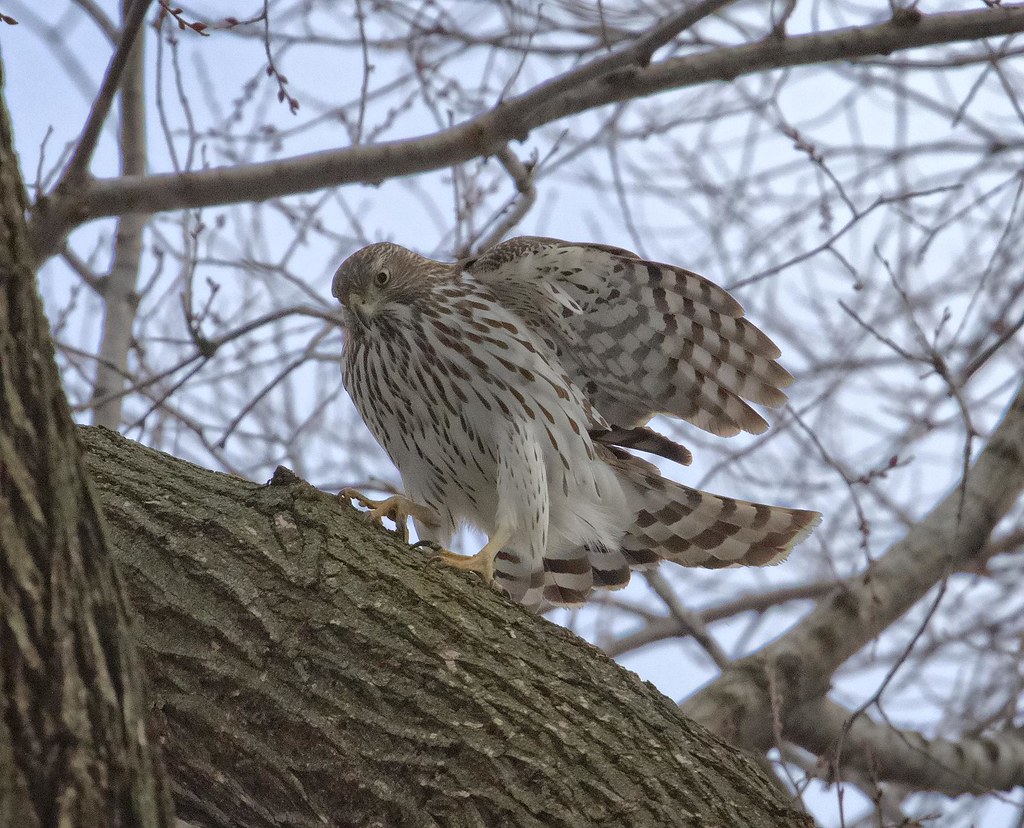 After that bit of drama, the hawk circled around Avenue B and 7th Street a few times before flying NE.  I didn't see it again this day, but I think I saw it in the park again Saturday evening when it buzzed past Christo as he was hunting along Avenue A.
Posted by Laura Goggin Photography at 9:07 PM