Fun in the sun with Christo

After so many recent dark gloomy gray days, it was a welcome relief when the sun reappeared last Saturday.  To make things even better, Christo the red-tailed hawk put on a show in Tompkins Square.

I found him on top of a light near the Avenue A & 9th Street entrance. 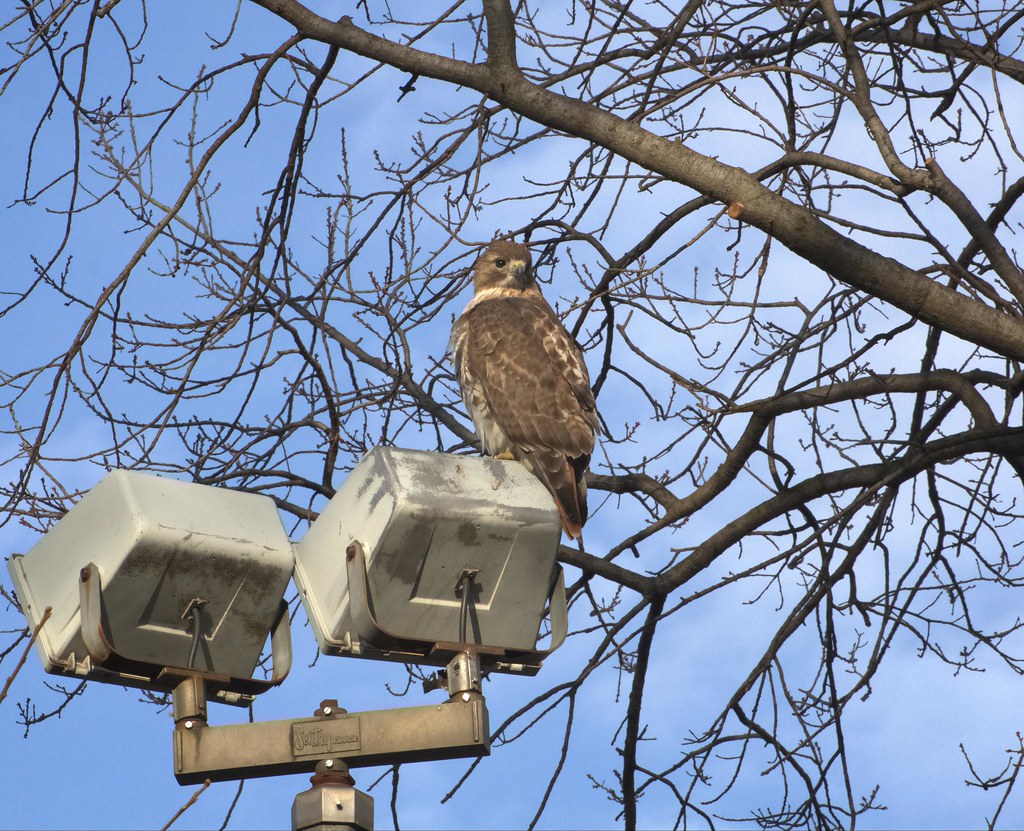 He didn't stay still for long, though, as he was actively hunting. 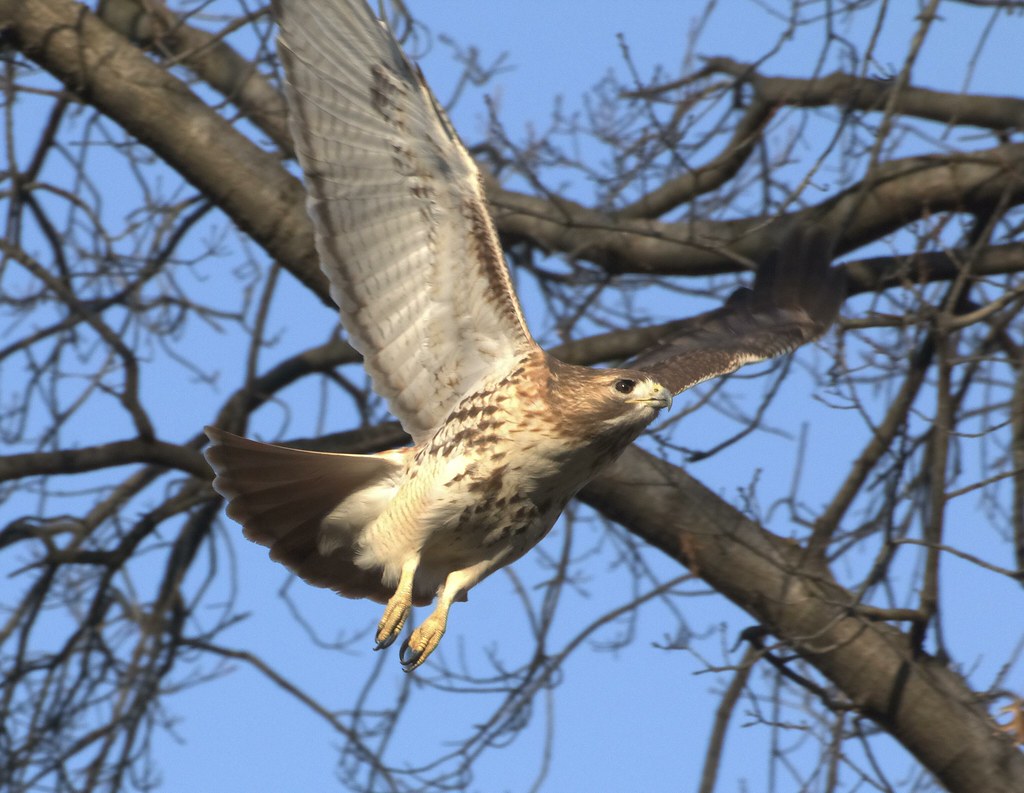 After diving after a rat and chasing it around a bush, Christo bounded out of the shrubbery along the 9th Street pathway. 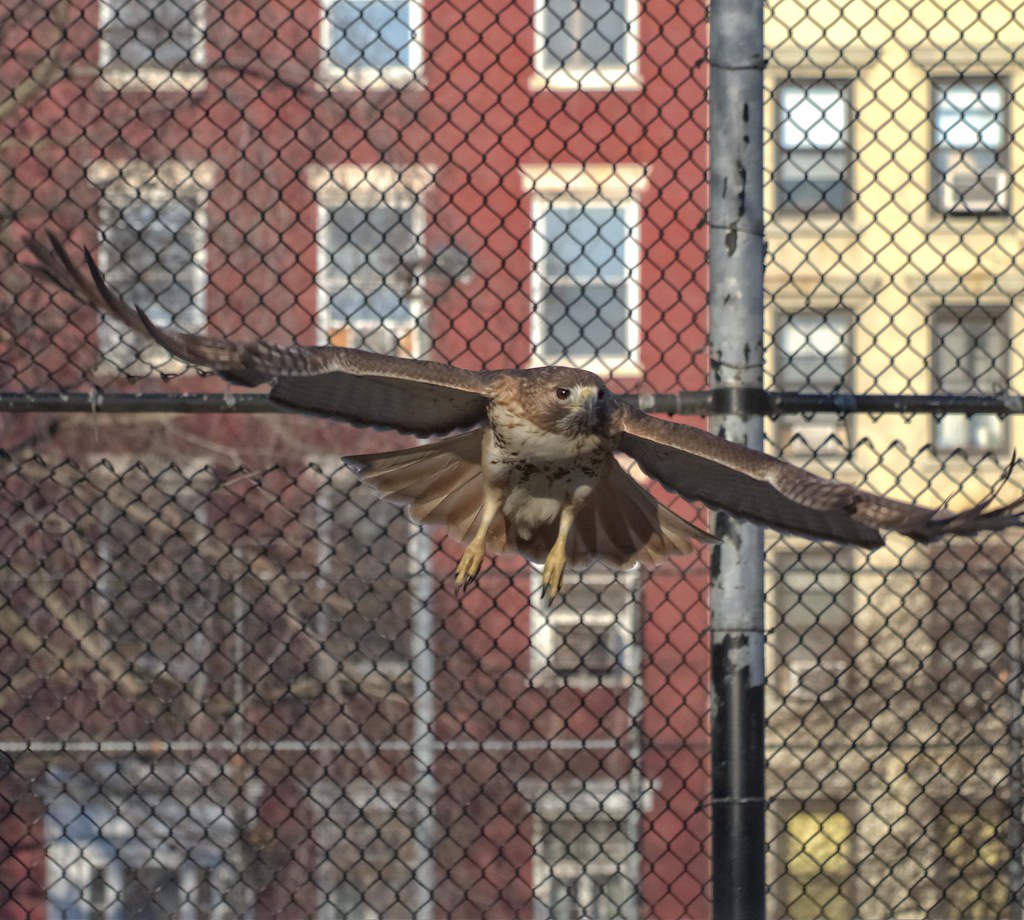 He perched in a nearby tree looking back towards the area where he'd attempted the catch.  I've noticed with him that, if he's unsuccessful grabbing a meal, he will try again repeatedly in the same area.  Sometimes he will fly off - as if to take a walk and regroup - only to return a few minutes later for another attempt.  He seems to get a plan in his head and is determined to see it through. 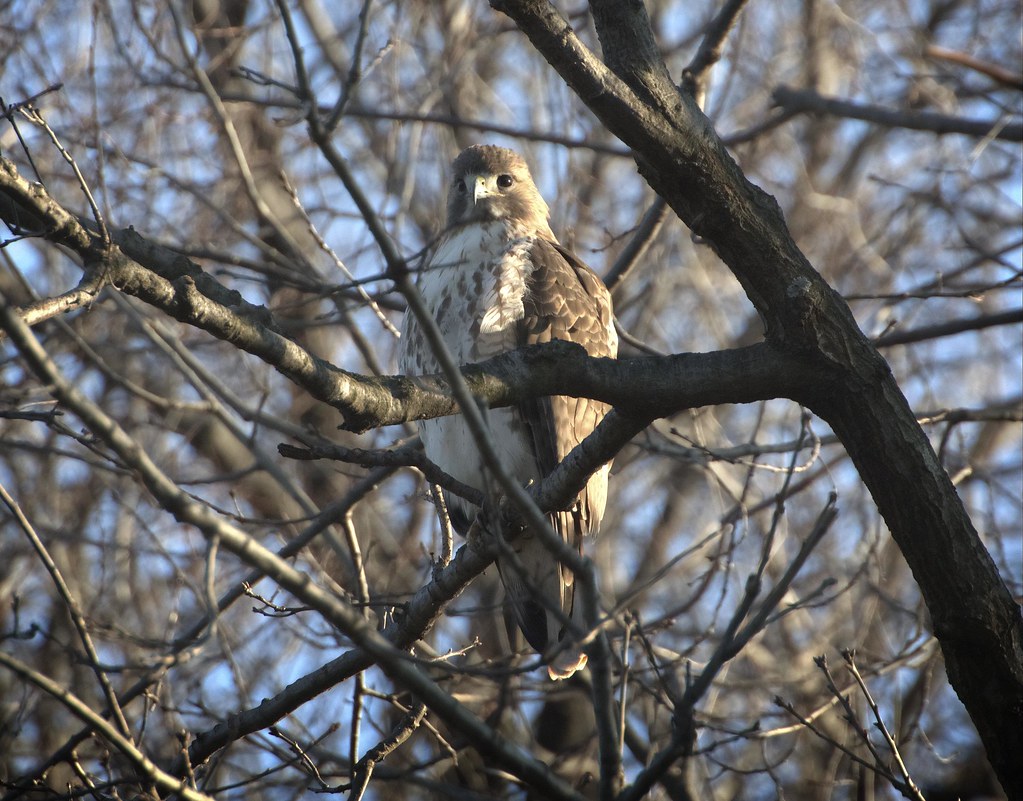 I'm always impressed at how these large birds are able to navigate branches without impaling themselves or damaging their wings. 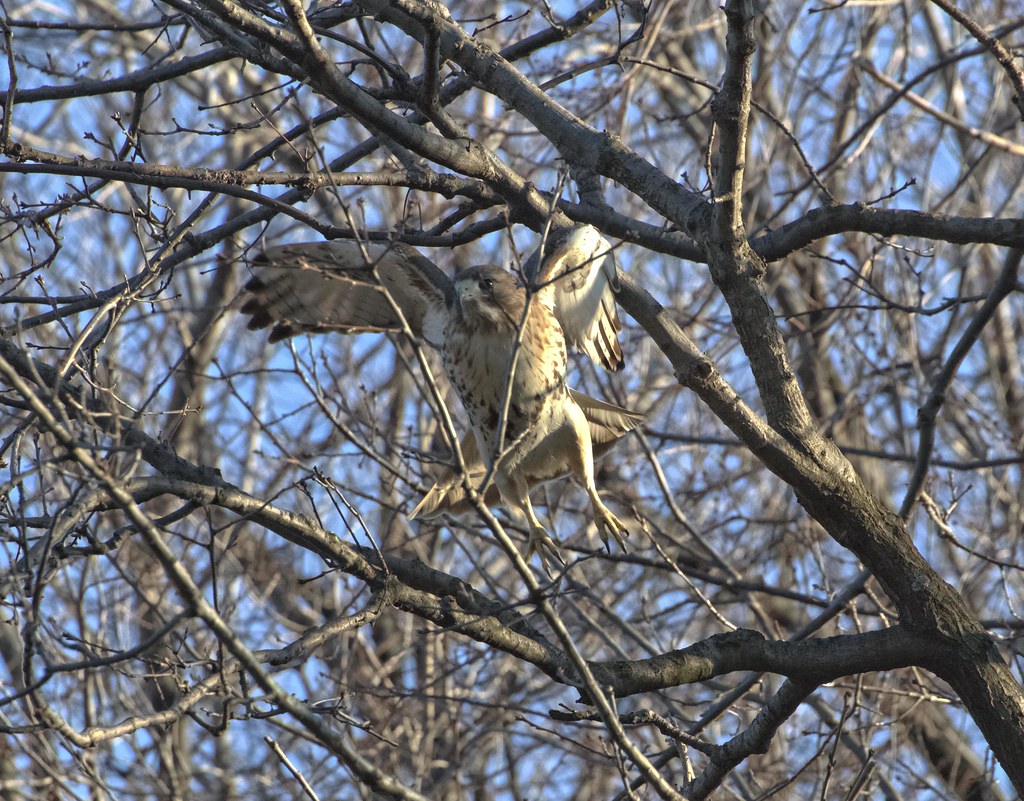 Christo often flies right at me, but I'm never afraid... 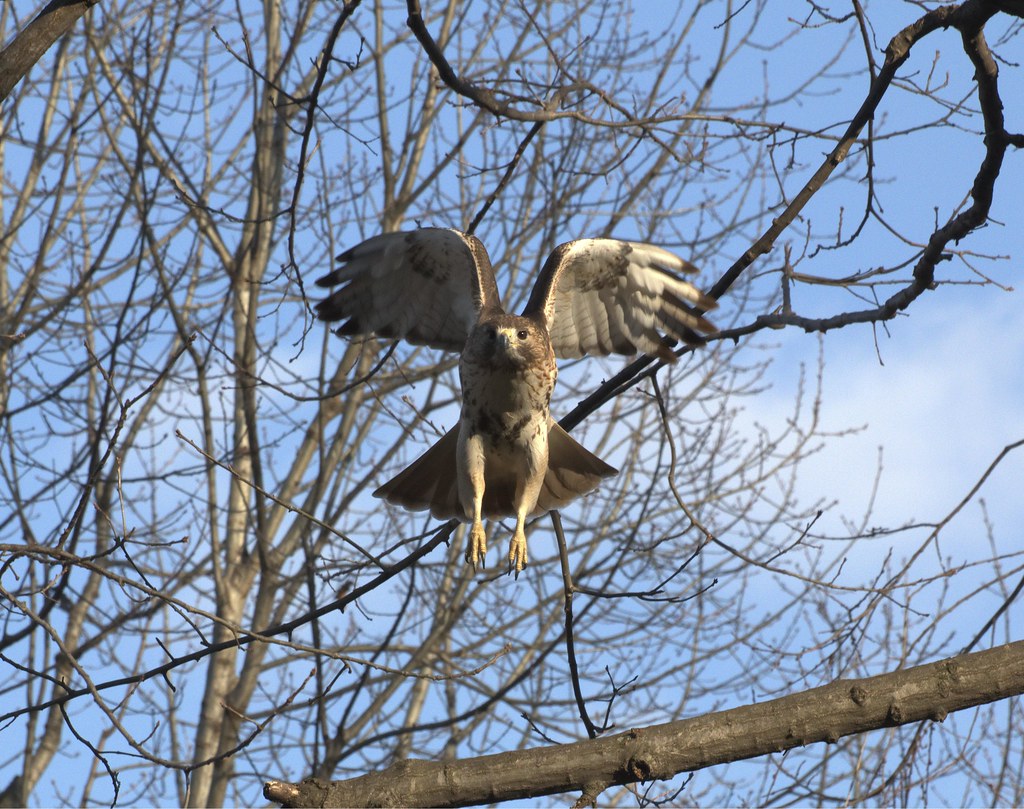 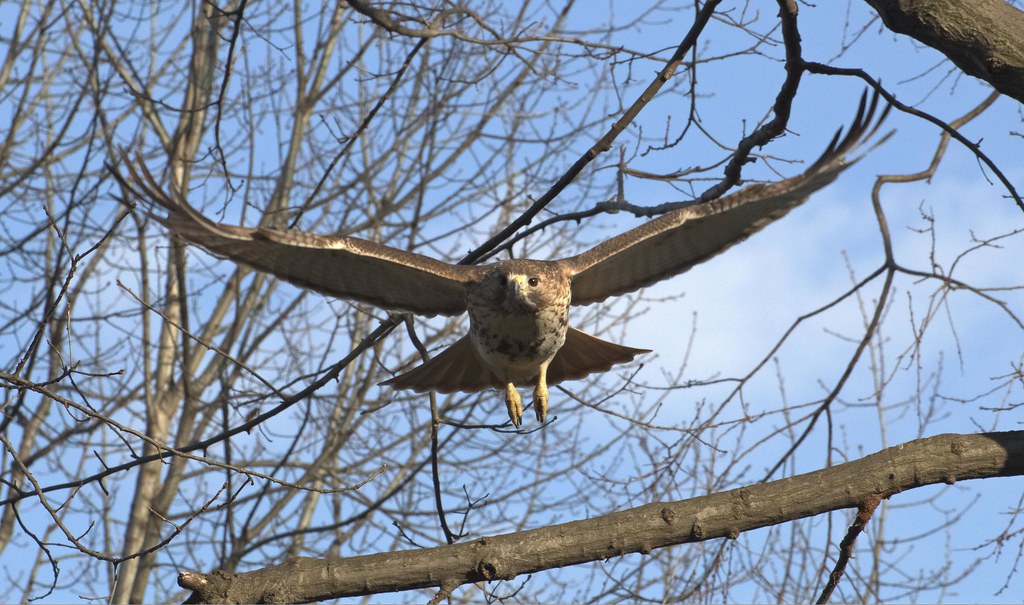 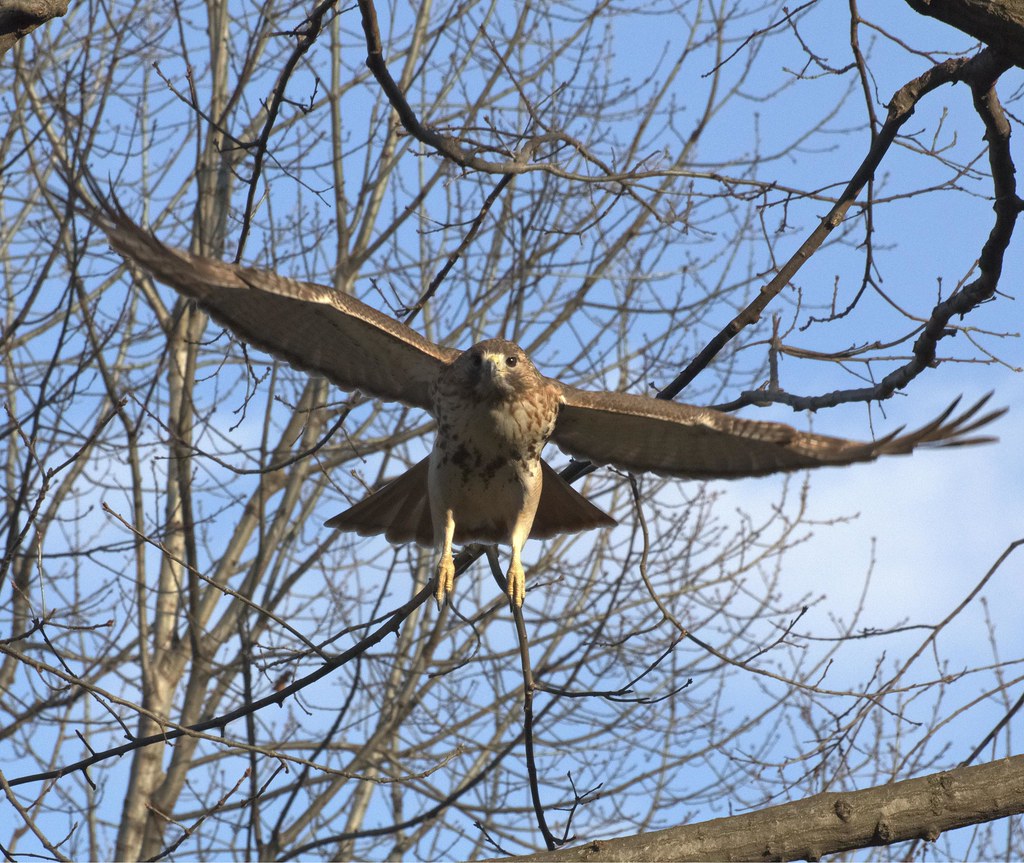 Except, this time, I actually got a little scared as he came just inches from my head.  I held my camera over my face as I wasn't sure if those talons might make contact with my eyeballs.

This was the last thing I saw... 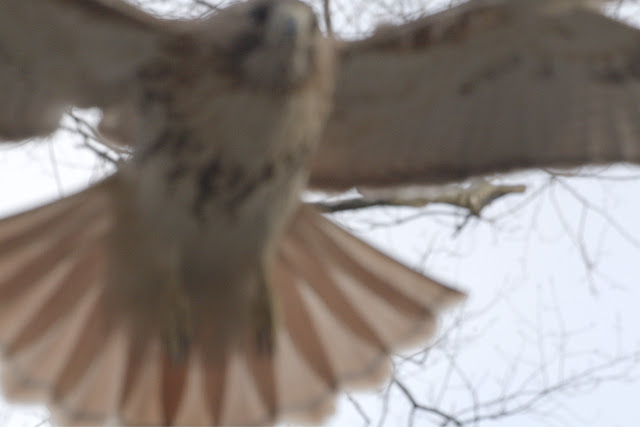 Christo dove after a rat that was on the ground just behind me.  He had made a similar move a few minutes earlier when he buzzed another hawk-watcher while diving after a rat.  I had to wonder if maybe he was practicing some new hunting method - could he have been using us as human shields as he snuck up on rats?  Was he just having fun with us?  Or, maybe he's sick and tired of us being around?  I tend to think not as, if Christo didn't like people, he wouldn't spend so much time among them.

Oh, Christo, I wish I knew what goes on in your head. 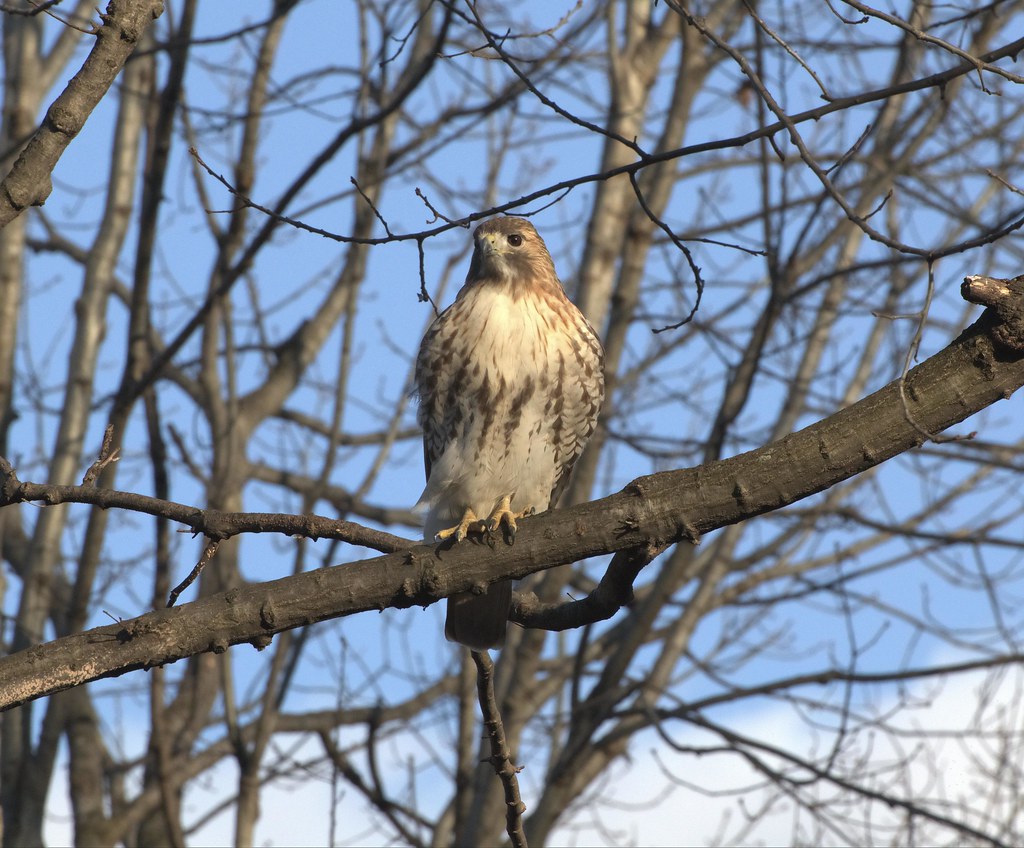 While Christo was thrilling us in the park, Dora was on her usual perch at Most Holy Redeemer church on E 3rd Street.  She's often sitting on the north side, where she can probably see all the hijinks going on in Tompkins Square. 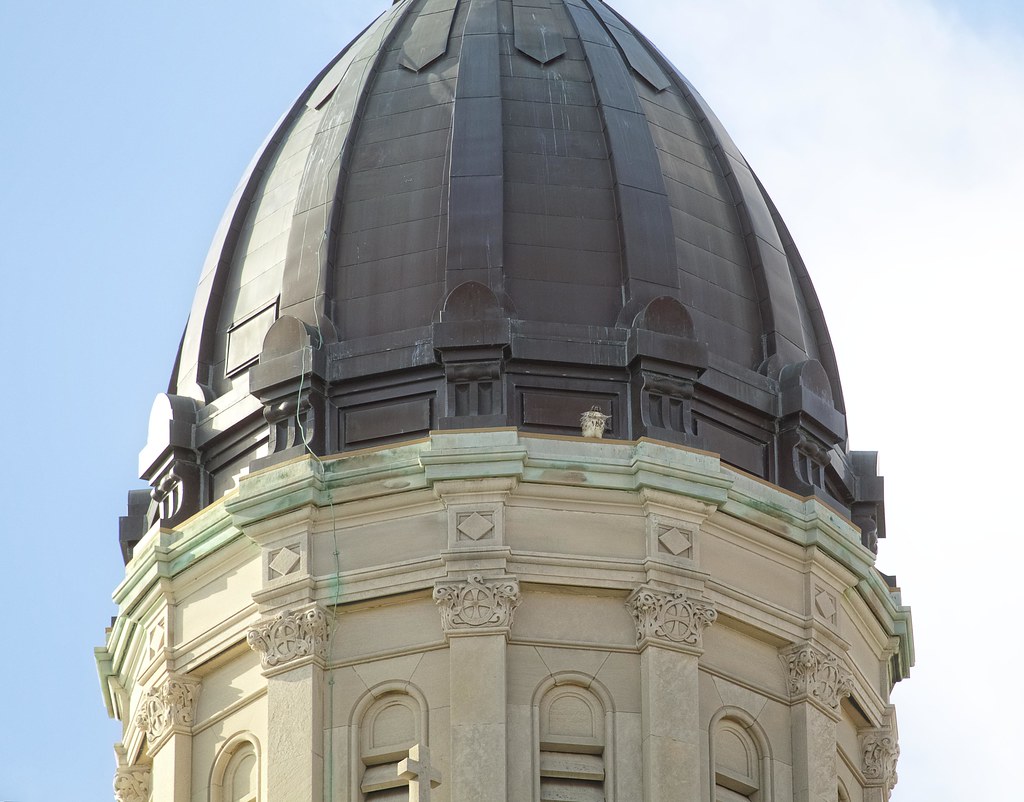 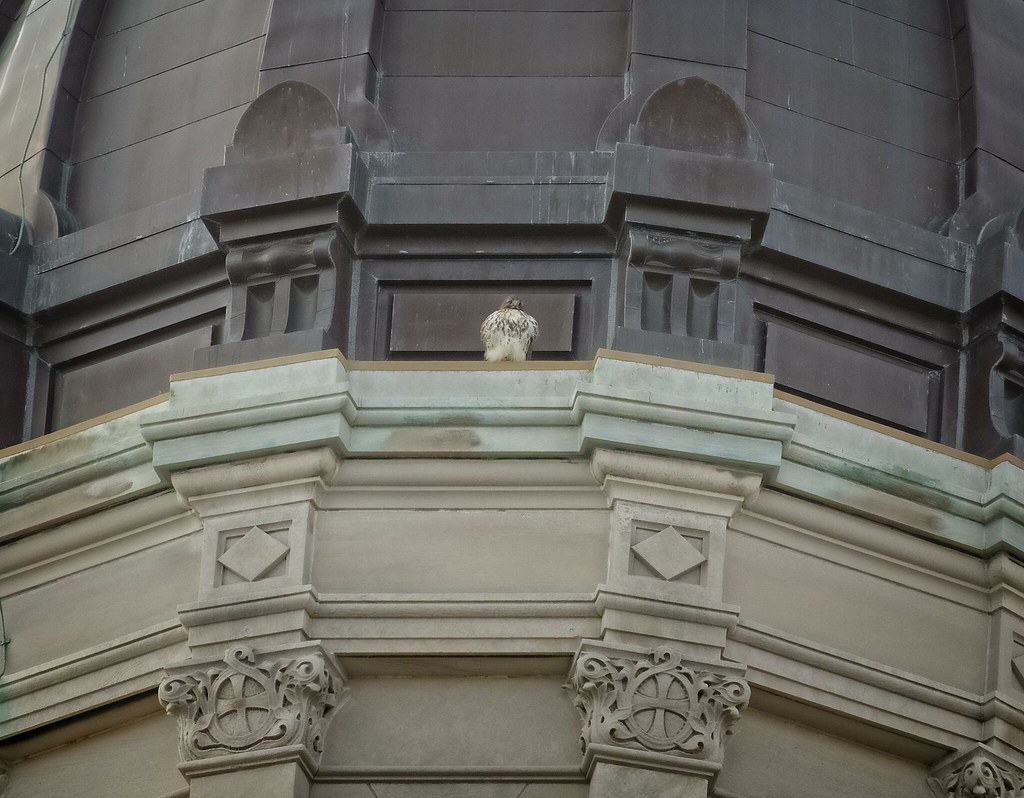 More to come...
Posted by Laura Goggin Photography at 8:57 PM