With the prospect of a blizzard bearing down on us, I'm taken back to the winter of 2010 when we were slammed by a semi-surprise snow storm. 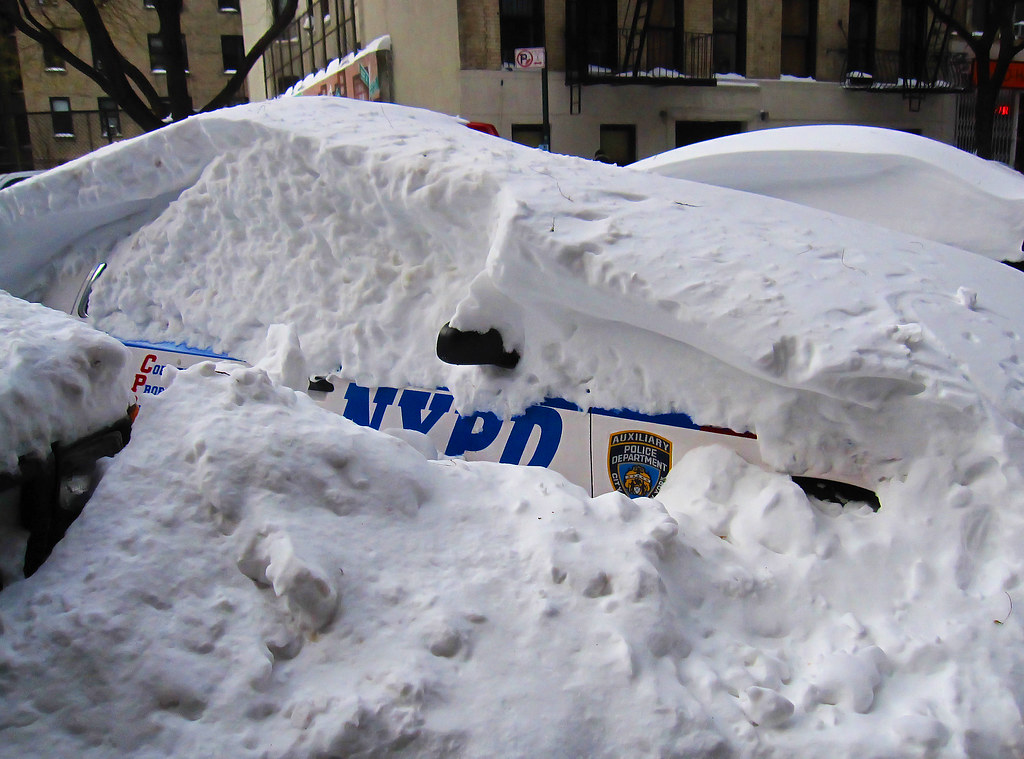 There had been warnings, but no one really took them seriously, so when it hit, it became an utter disaster for mass transit.  I'll never forget the following day, when I had to wade across First Avenue through snow drifts as high as me, only to discover that Avenue A looked a scene from The Day After Tomorrow. 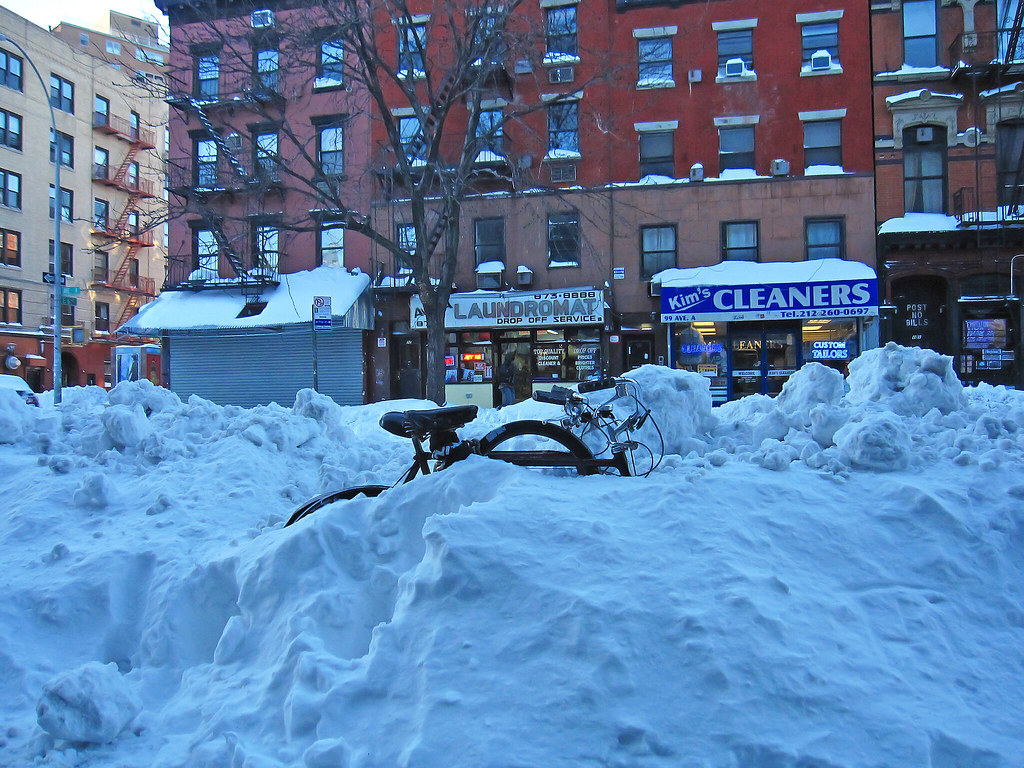 From Houston to 14th Street, cars were abandoned and buried in the snow.  But the most dramatic image was of the buses - I can't remember how many of them - that were stranded with their drivers inside.  I saw some good Samaritans taking hot coffee to one driver, while others tried to help dig out as it wasn't until afternoon when the plows were able to get to the area.

I took some video at the time.  In this one, I'm on the SE corner of Avenue A & 7th Street, and have a close encounter with a plow.  The snow was so deep, I couldn't move fast enough to get out of the way.

The same intersection here, with a bus stuck and blocking 7th Street:

Moving down to Avenue A & 3rd Street, a bus on the avenue is freed and the southern stretch of roadway is opened up.

This storm had far-reaching effects across the city, so better to be overly cautious than to go through this again.
Posted by Laura Goggin Photography at 11:09 AM