I took a lunch break in Tompkins Square yesterday, and was happy to catch up with hawks Christo and Dora right away.  More importantly, I caught them working on the nest they originally built in October.

Now that it's winter, the structure is very easy to see, although the hawks can easily disappear when they're in it.  In this photo, Dora's back can barely be seen in the nest on the left, while Christo flies out to the right. 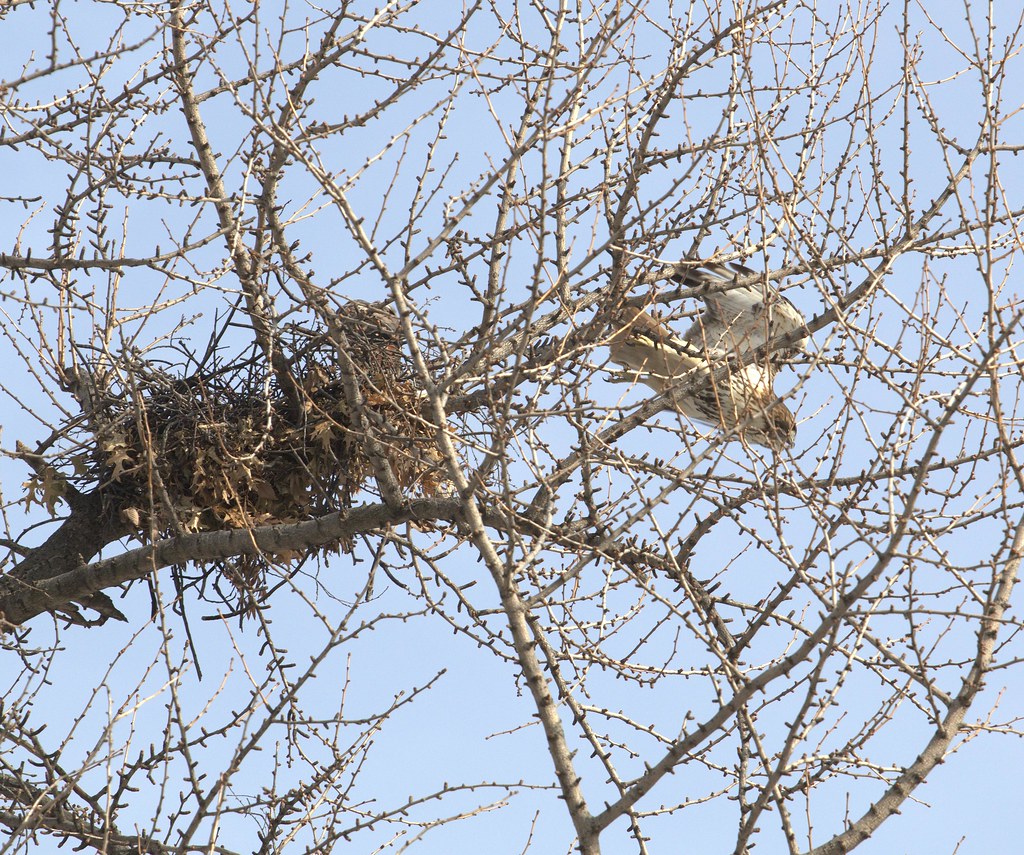 During the time I watched them, Christo did most of the physical work while Dora supervised him from across the street, at the cross of St Brigid's.

Here, he prepares to cut a stick from the same ginkgo that holds the nest. 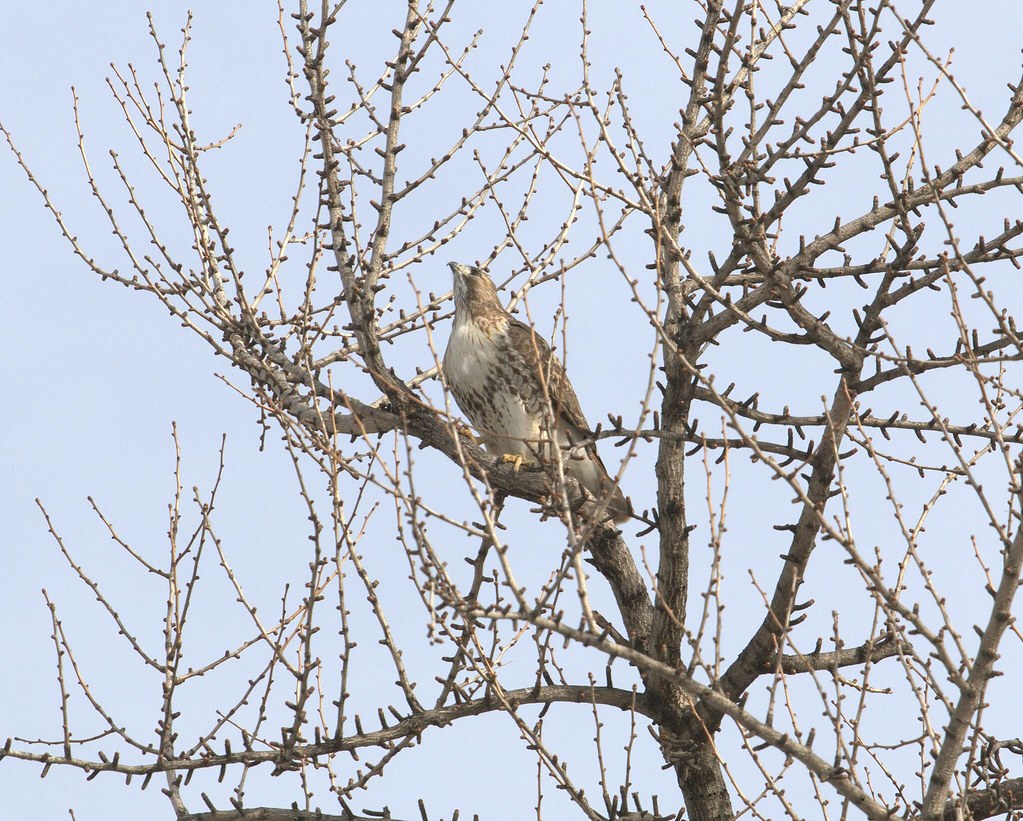 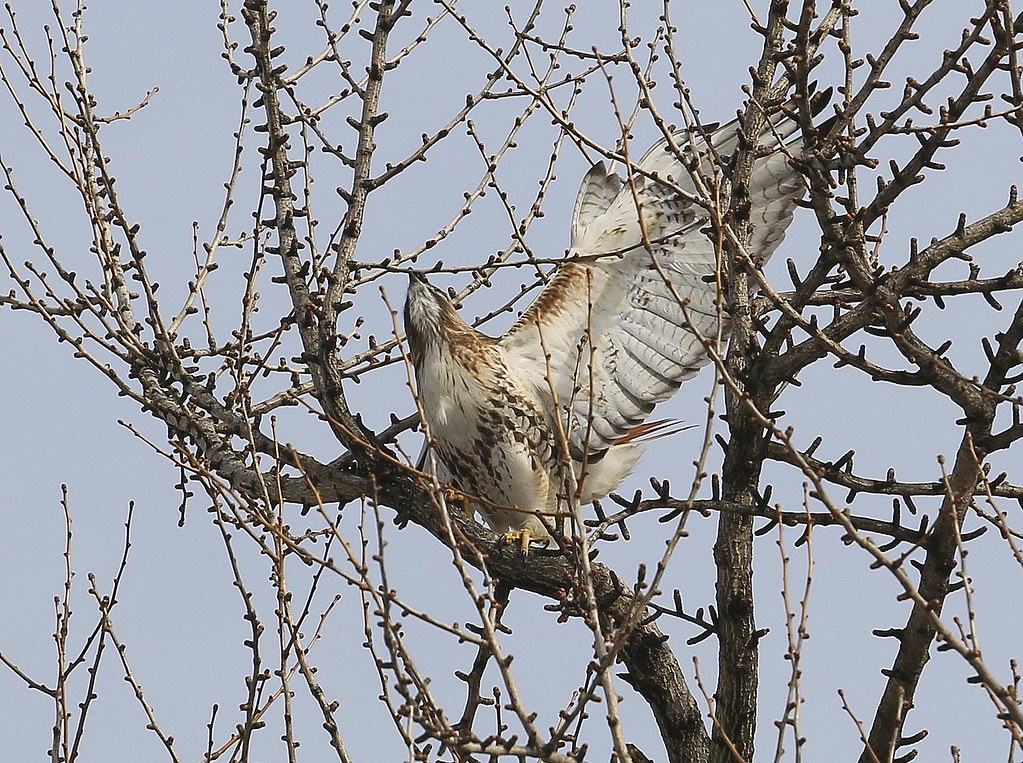 It's hard to see, but Christo cuts another stick from a different tree. 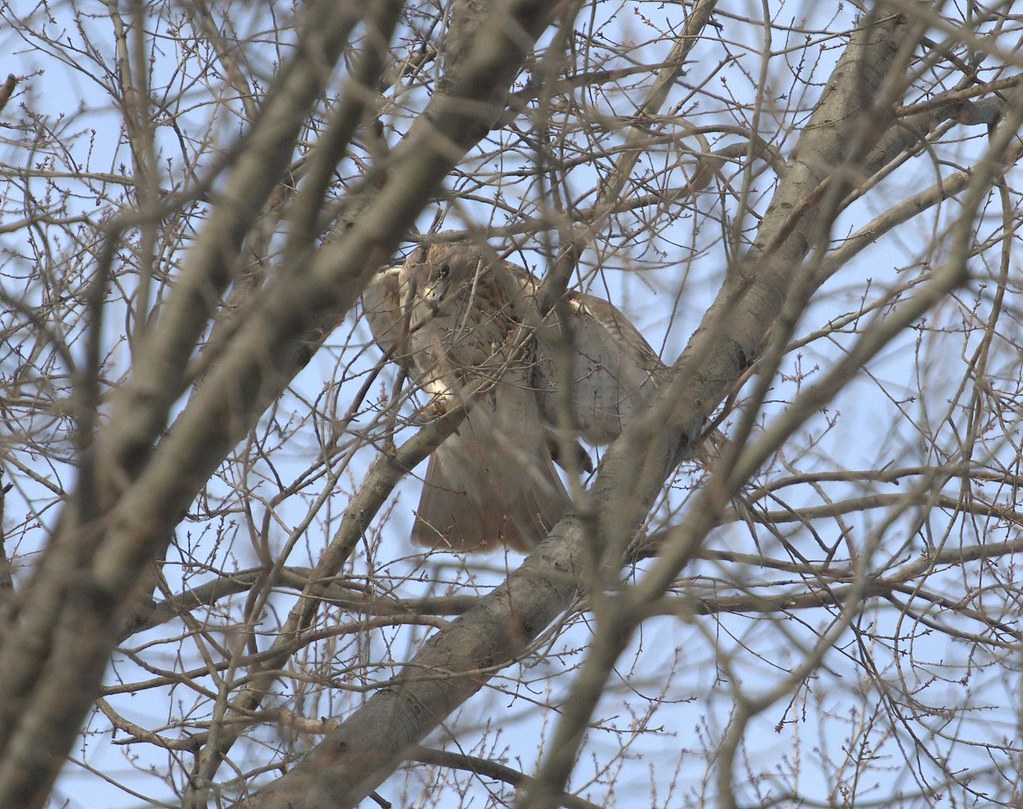 Back at the nest, he arranges the stick. 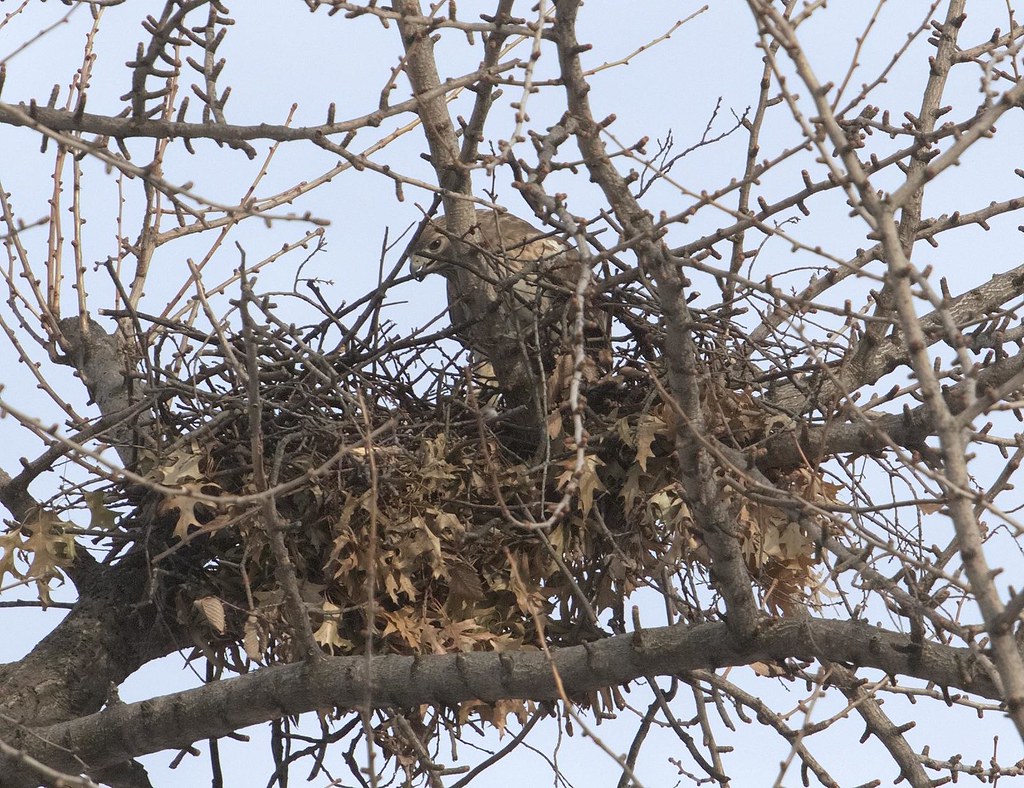 The stick in his beak looks to be about 18" long. 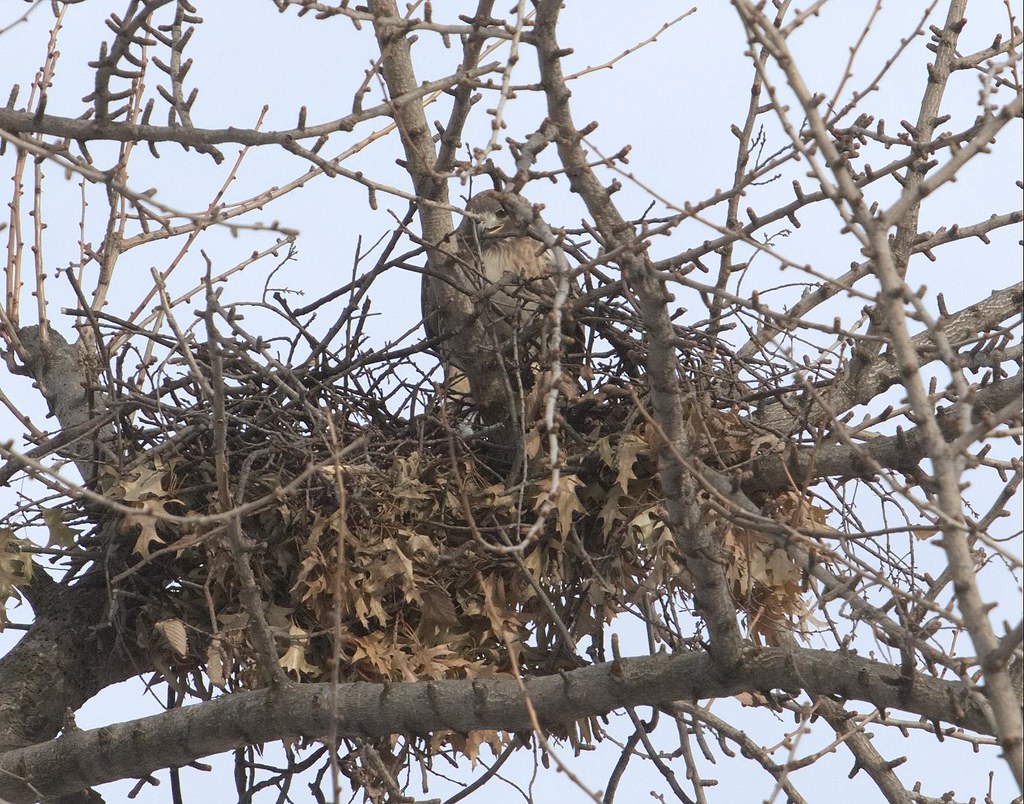 The activity was suddenly interrupted when Dora let out a cry.  Both hawks took off and, when I looked up, I saw a third hawk who had flown into their territory.  In the photo below, Dora is at the top left, Christo at the bottom left, and the intruder is on the right. It was too far away to tell if the hawk was an adult or juvenile. 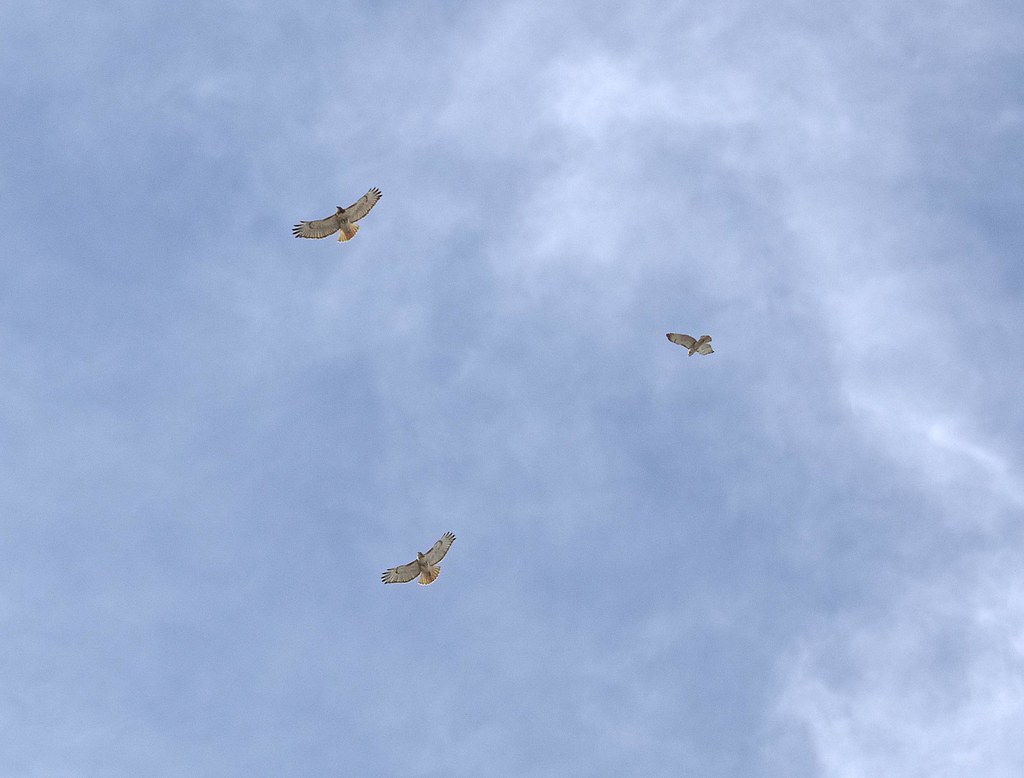 Christo is now on the left, and Dora is on the right, as they escort the visitor out of the area. 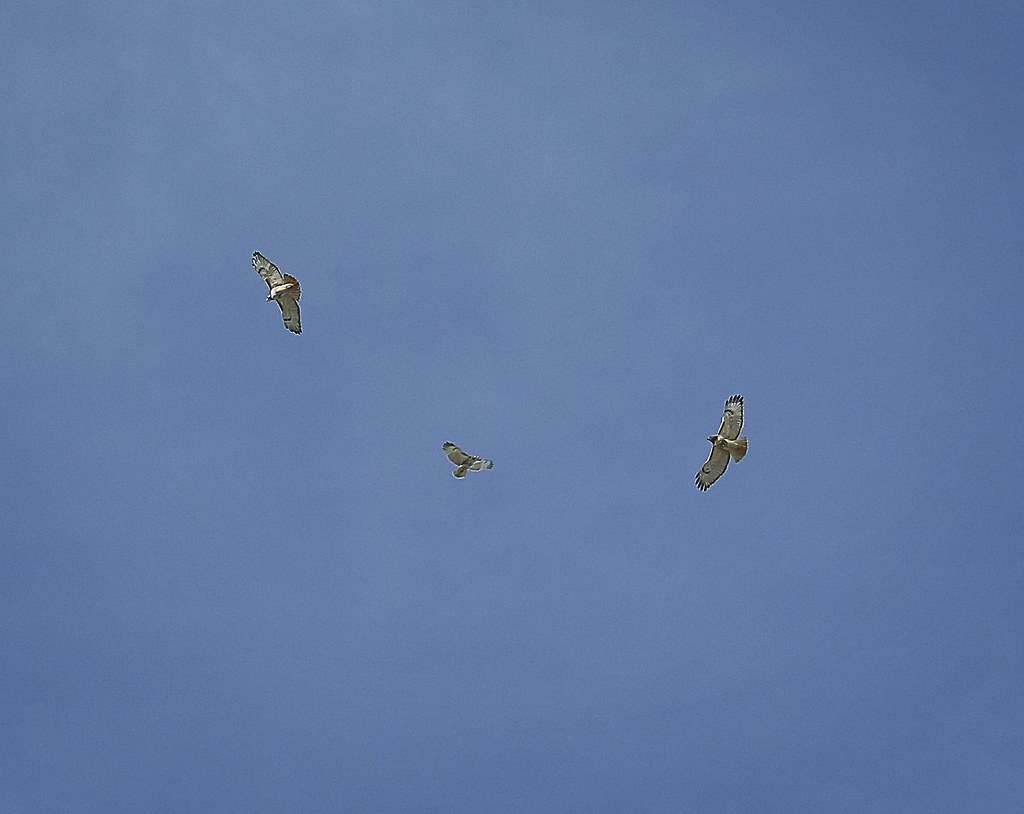 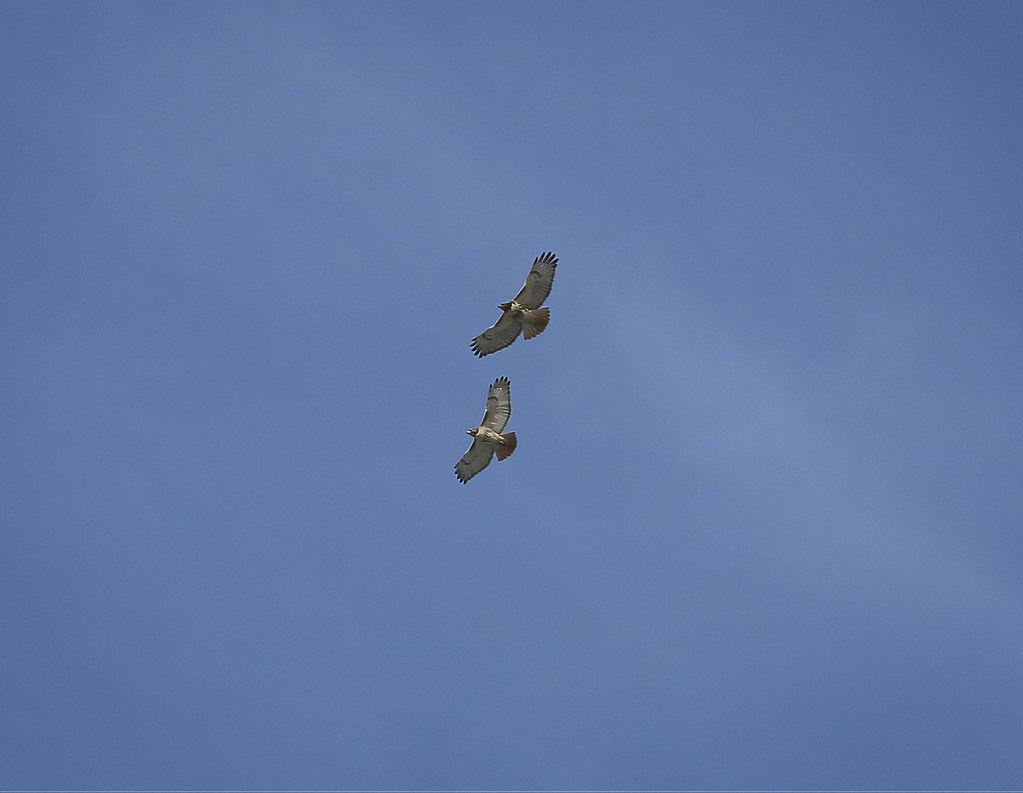 A short time later, Christo returned, but I didn't see him do any more stick-cutting. 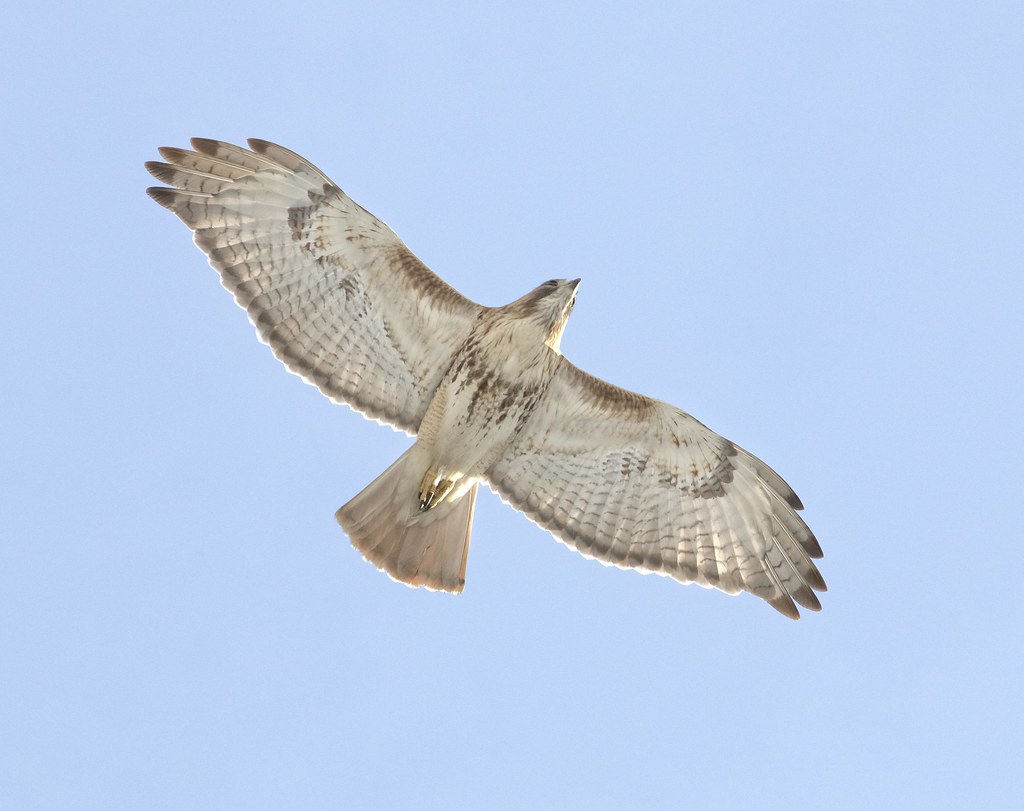 A fellow hawk-watcher told me he also saw the hawks on the nest today, so I look forward to seeing more nest-building activity in the next few weeks. 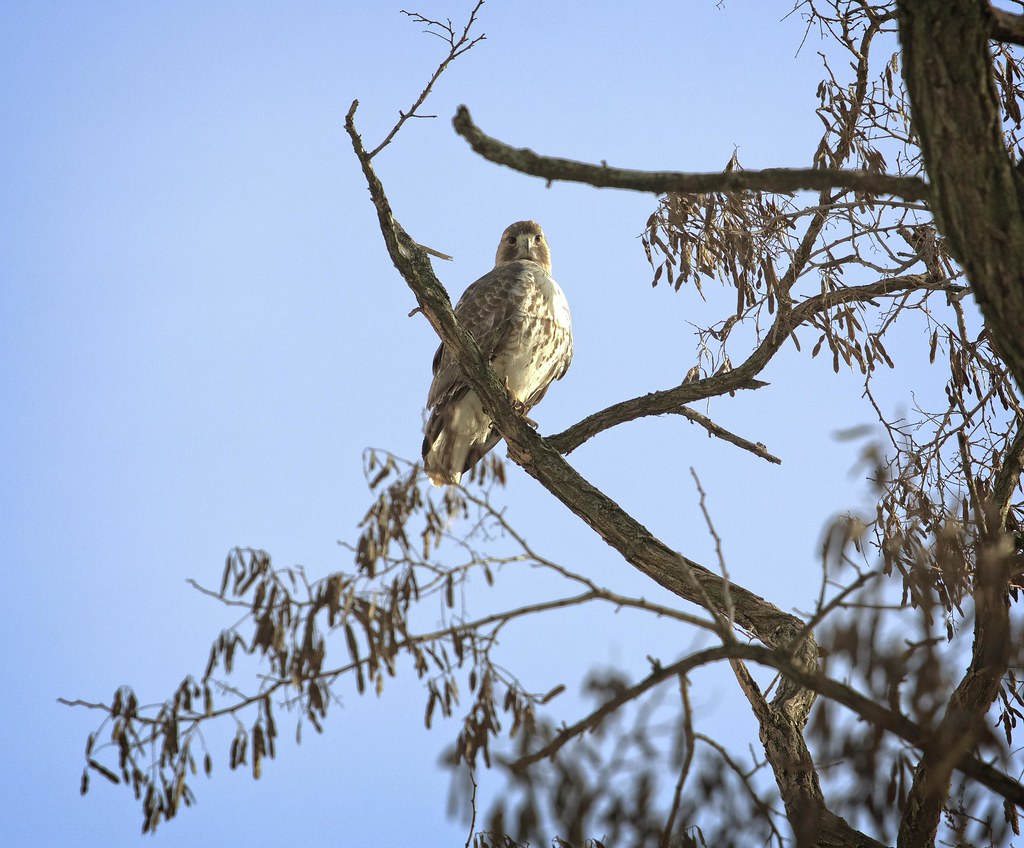 
See more photos on my Flickr page.
Posted by Goggla at 8:30 PM