Bedtime for Christo and Dora

Early in the evening on Monday, after a busy afternoon, I found Christo and Dora in their favorite sycamore on Avenue A and St Mark's Place.  Recently, I've noticed they meet up at the end of the day in Tompkins Square.  I love that they spend so much time together. 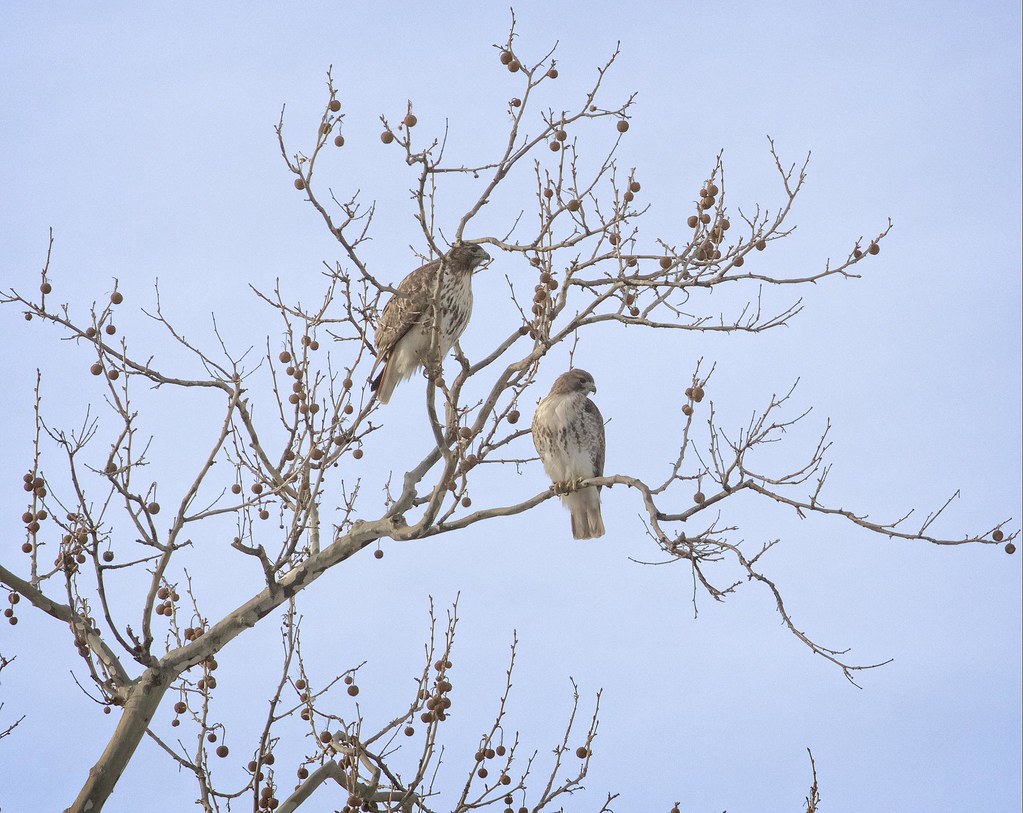 Dora is on the left, Christo on the right.

As I watched, they both took off simultaneously and headed straight for me.  I've never caught them both flying towards me like this before, so I was really happy to get these shots. 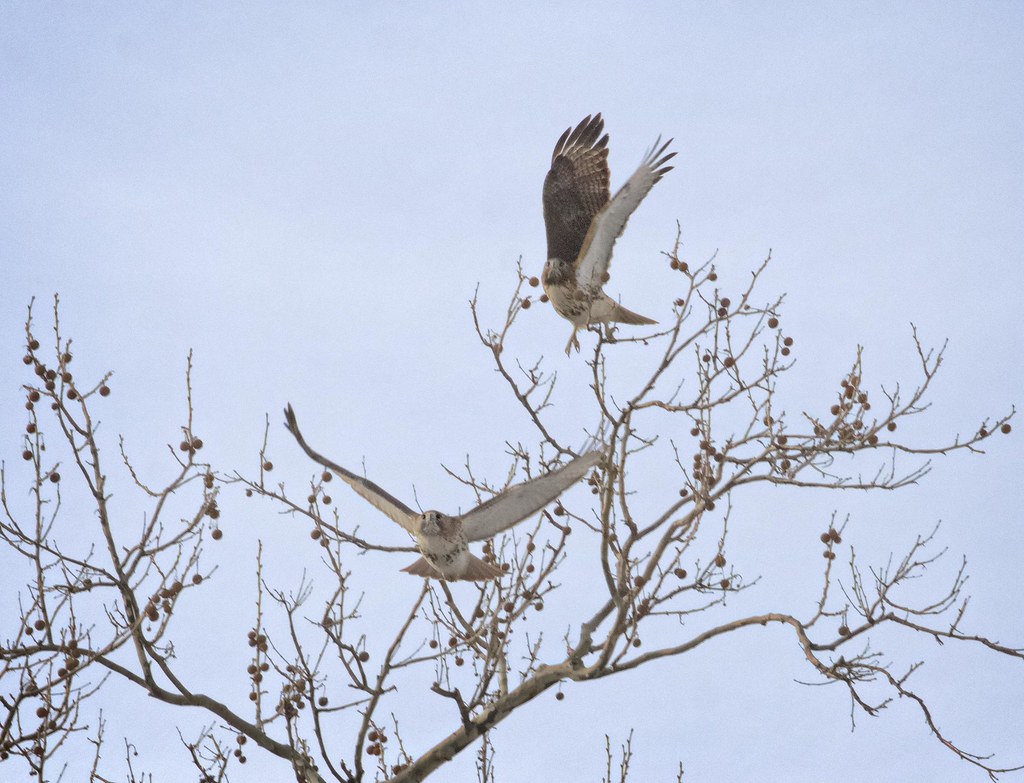 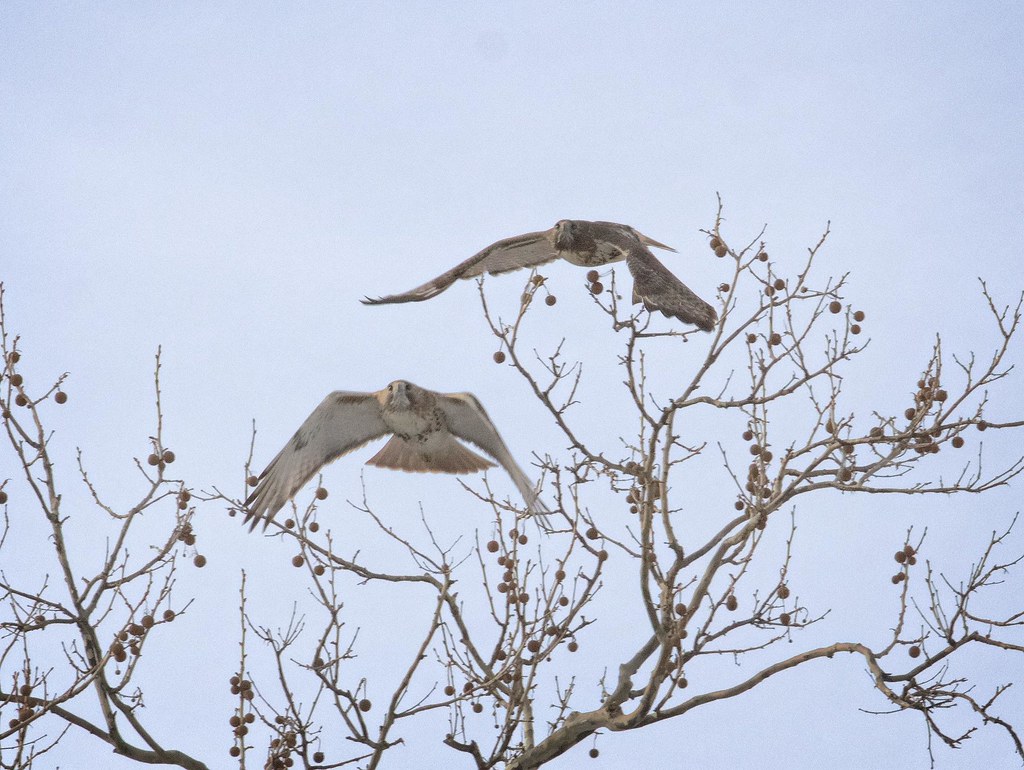 At one point, they switched places, with Christo taking the high path as Dora followed. 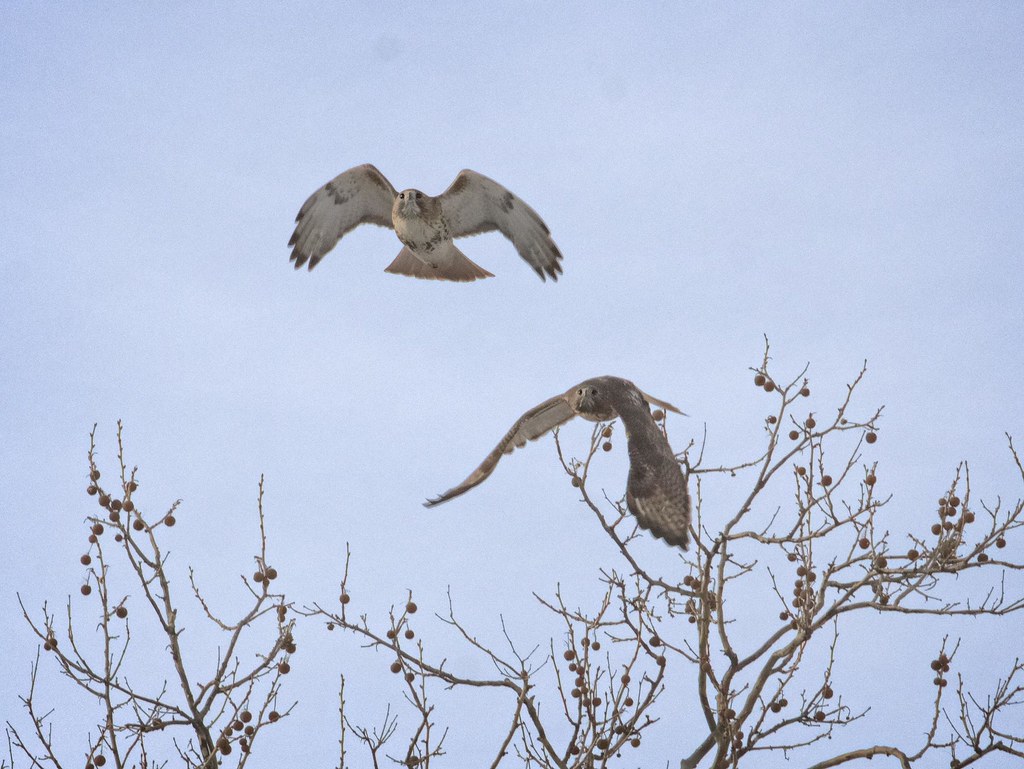 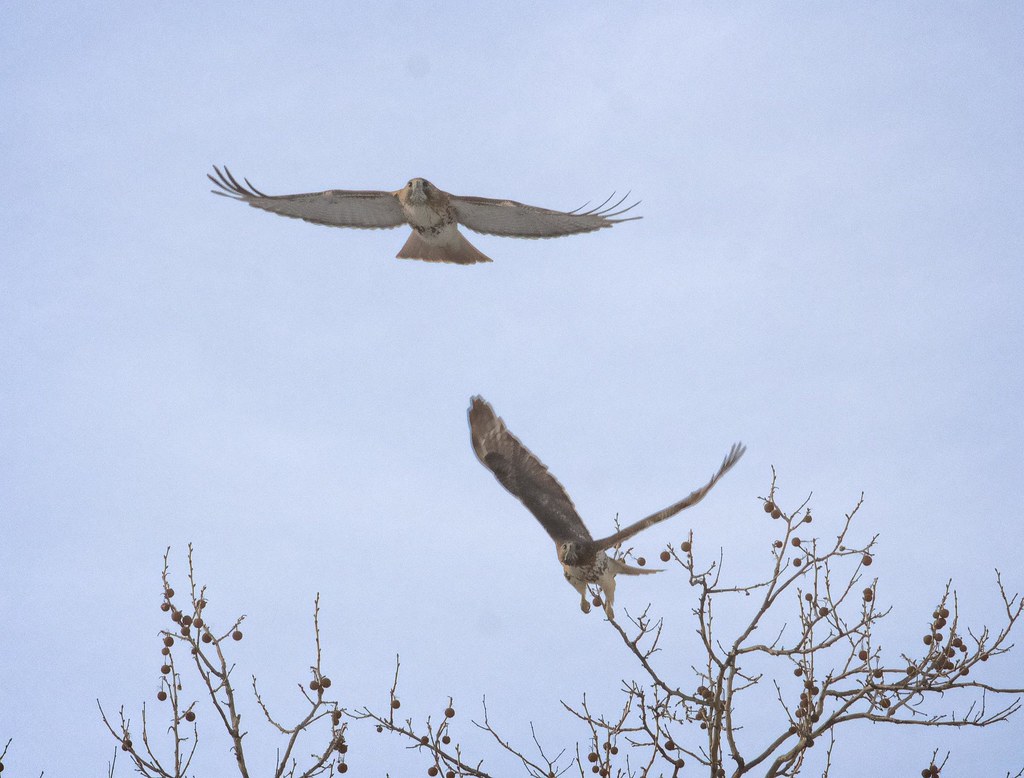 They flew all the way across Tompkins Square to Avenue B where Christo perched atop St Brigid's and took in the last of the sun.  Dora continued to fly around the area. 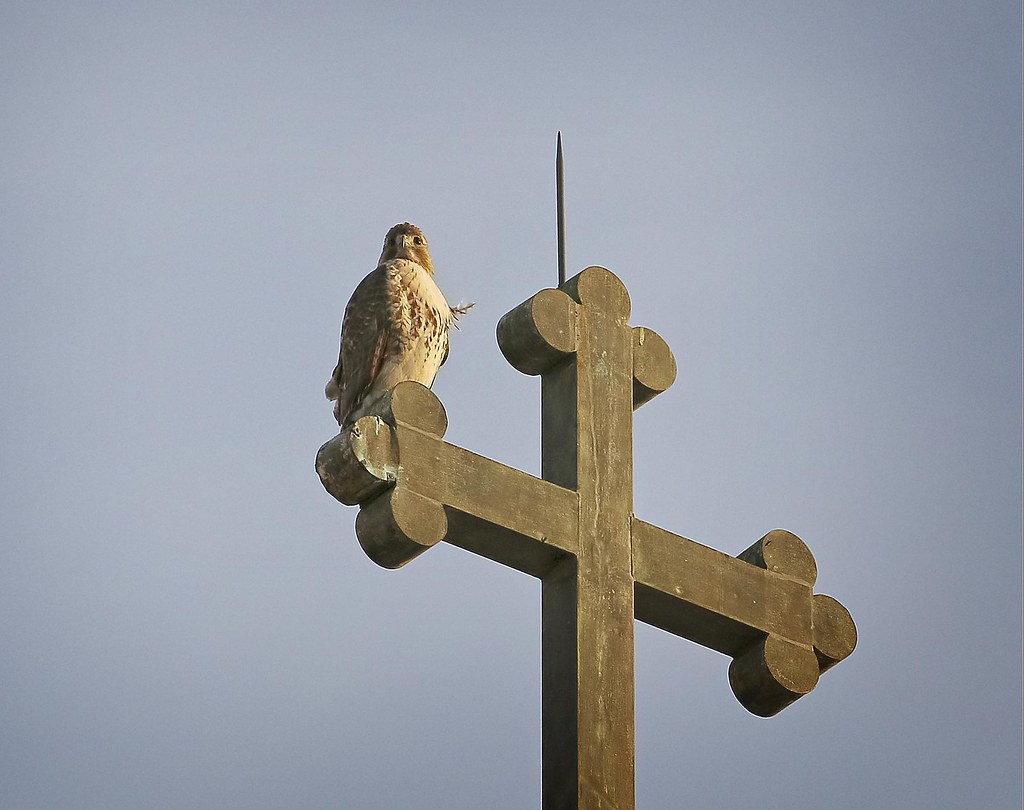 After just a few minutes, Christo flew back to Avenue A and 7th Street, where he checked out a fire escape.  It was time to find a place to spend the night. 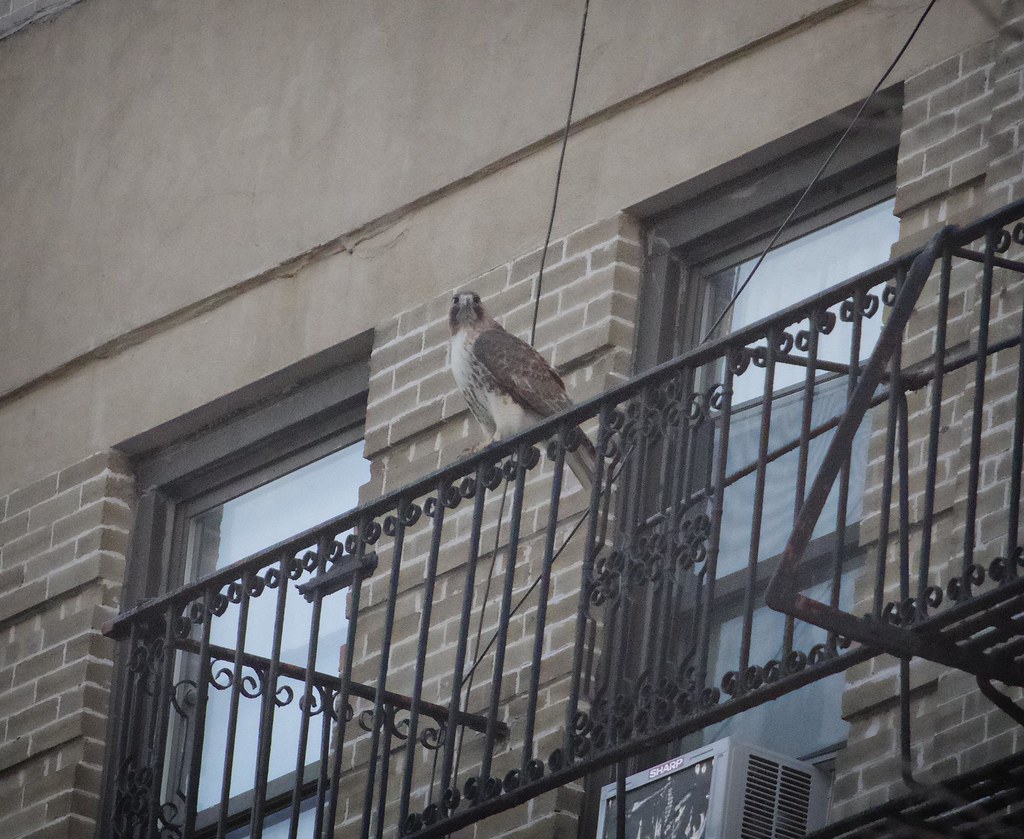 Not satisfied with that location, he took off once more... 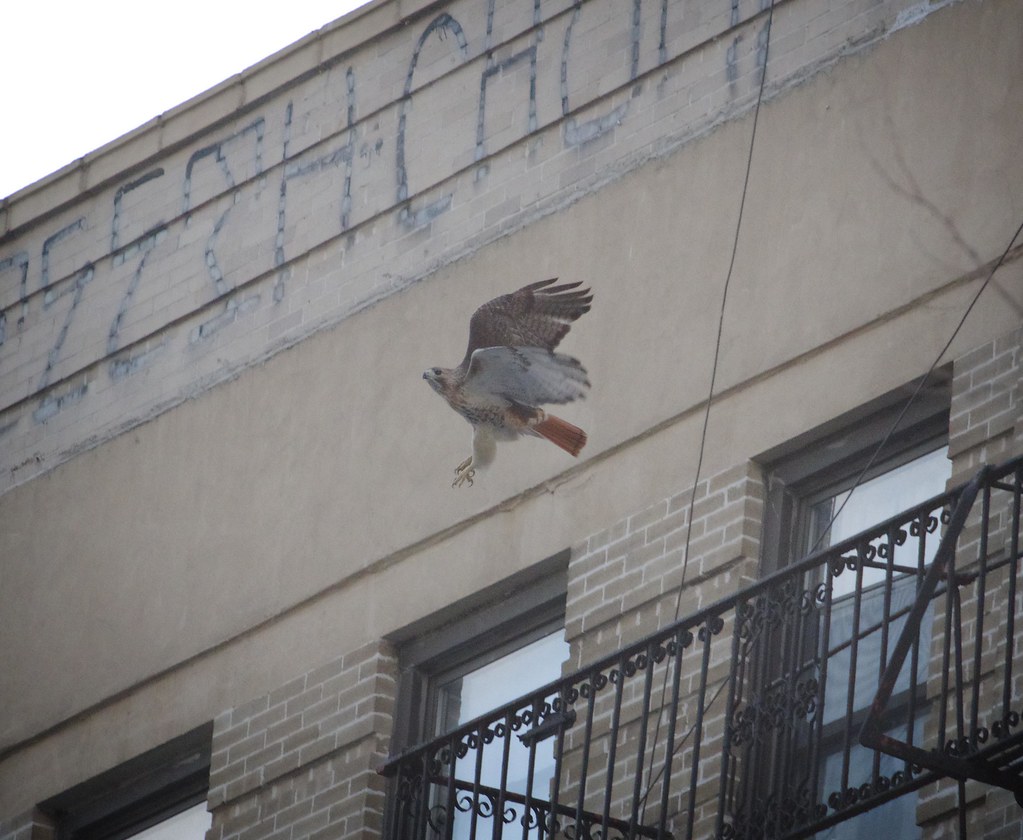 ...and settled on a fire escape further east on 7th Street.  Notice anything significant about this particular location? 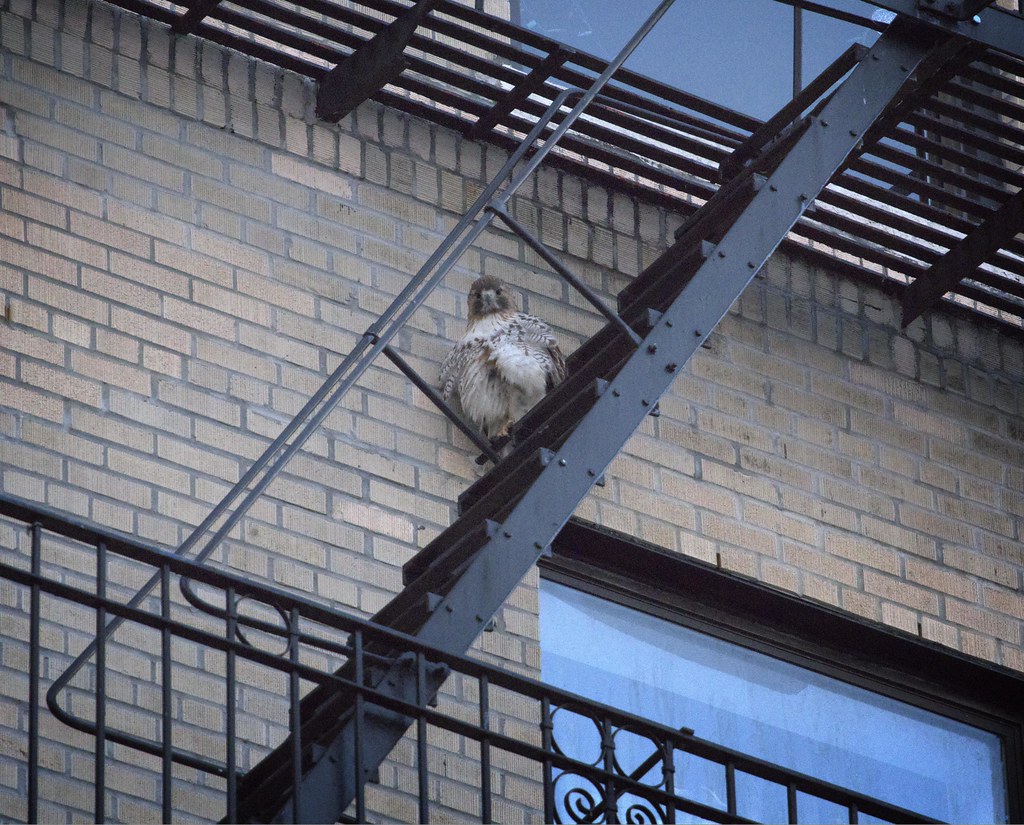 It's the Dora Park Apartments!

In the photo below, you can see him perched between the 5th and 6th floors on the right. 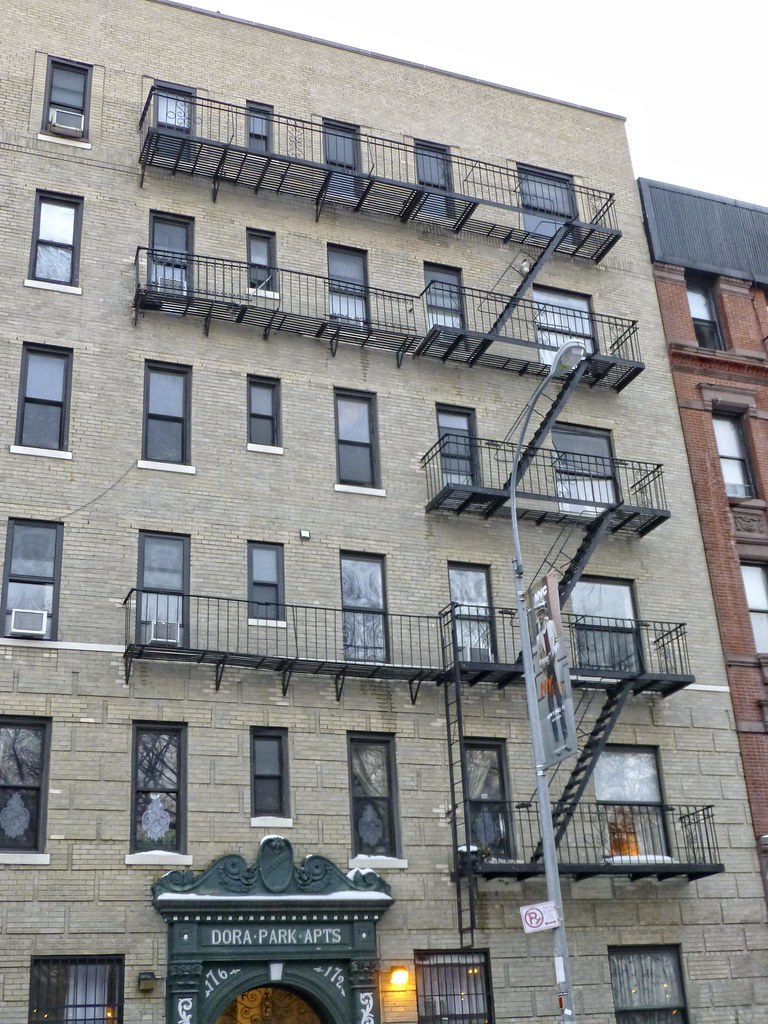 I really wanted to see Dora join him on the same building, preferably posing above the door, but alas, she didn't cooperate.

People have asked me if the hawks roost together.  I don't see where they go every night, but I've only seen them together in a tree at night once that I can remember.  Lately, though, they've both been staying near the park.

It was pretty dark by this time, but I caught a glimpse of Dora flying up to this fire escape at the SE corner of Avenue B and 7th Street, just a short distance from Christo. 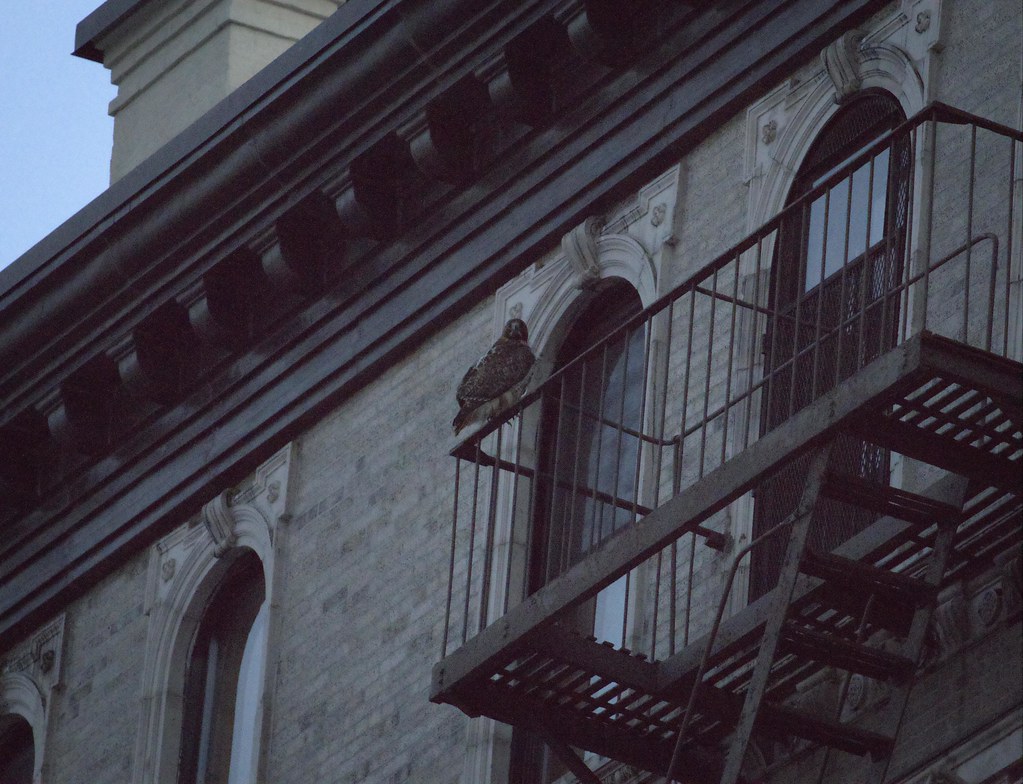 She didn't stay there long, though, and moved to another fire escape a few buildings to the east. 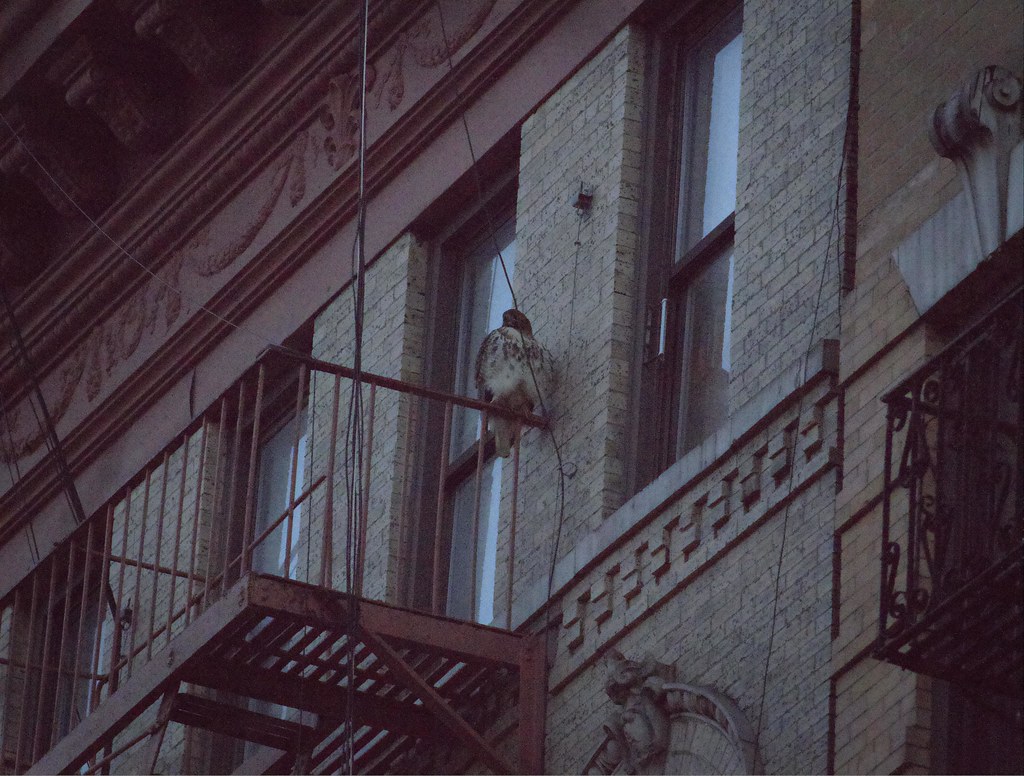 She did a lot of preening and I thought she'd roost there, so I walked back to the park.  This was around 5:30 and it was dark, but I just happened to see Dora fly over me to a tree right across the street from Christo.  I was so hoping she'd go to the Dora Apartments, but she took off again and, this time, flew far down Avenue B.

See more hawk photos on my Flickr page.
Posted by Goggla at 10:10 PM